Crimean Tatars barred from holding march in memory of 1944 deportation 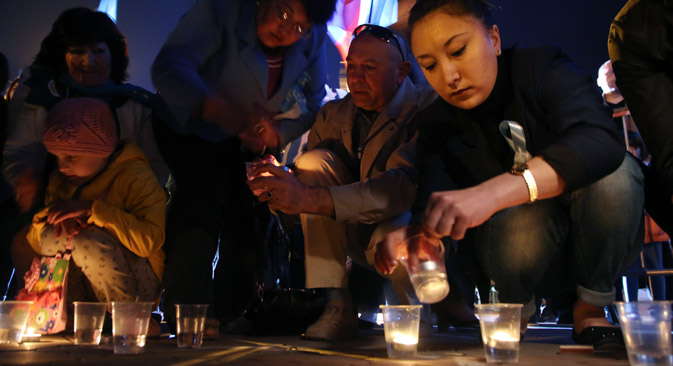 Participants in the event "Light a Candle in Your Heart", marking the 71st anniversary of the deportation of Crimean Tatars. Source: Artem Kreminsky / RIA Novosti

Crimean authorities have refused to sanction a mass march and rally by Crimean Tatars on the Day of Remembrance for the Victims of the Deportation of Crimean Tatars. According to the republic’s prime minister Sergei Aksyonov, this was done at the request of the "Crimean Tatar community," though prominent Crimean Tatar figures disagree. Observers see the ban as an attempt to preserve stability in the region and push radicals to the periphery.

A mourning march and rally dedicated to the 71st anniversary of the deportation of Crimean Tatars planned to be held in the Crimean city of Simferopol on May 18 was canceled after the local authorities refused to issue permission for the event to take place.

The highest executive representative body of the ethnic group, the Mejlis of the Crimean Tatar People, had applied for a permit to hold the traditional memorial event with the participation of 5,000 people, which had been held from 1991 to 2013. But this year the Crimean authorities banned the event, just as they did last year.

The deportation of the Crimean Tatars took place in May 1944 under the orders of Joseph Stalin, who alleged that the Tatars had collaborated with the Nazis during the occupation of the peninsula in 1942-1943. The entire Crimean Tatar population of around 230,000 was forcibly evacuated to Central Asia, with some estimates of the numbers of those who died as a result reaching 100,000.

Many families began to return to their ancestral homeland from exile in the 1980s as the reforms of perestroika took root, but the peninsula’s Crimean Tatar population remains a fraction of its original size, forming 13 percent of the total population of the republic. The deportation is widely recognized as an example of ethnic cleansing and Tatar activists have sought for it to be classified as an act of genocide.

According to the business daily Kommersant, Crimea’s prime minister Sergei Aksyonov said he had been asked not to issue the permit for the 2015 memorial event by “the Crimean Tatar community” at the Council of Ministers of the Republic.

However, according to the chairman of the board of public organization Milli Firka (which stands in opposition to the Mejlis), Vasvi Abduraimov, no genuine representatives of the Crimean Tatar community asked the authorities to ban the events.

"Such a desire was voiced by persons of Crimean Tatar ethnicity who hold high positions in the government, as well as by so-called public movements created with the help of administrative resources and with their money," he said in an interview with RBTH, in a possible reference to Vice Speaker of the State Council of the Republic Remzi Ilyasov, who according to Kommersant supported the ban on the memorial march at the Council of Ministers of the Republic.

Besides his government position, Ilyasov is the leader of the Crimean Tatar people's social movement Kyrym, a pro-Russian public organization formed in late 2014.

In 2014, a similar ban on the event was imposed "in order to eliminate possible provocations by extremists," as declared in a decree issued by Sergei Aksyonov.

The possibility of provocations was cited as a reason this time, too, with the republic’s deputy prime minister Ruslan Balbek making a statement to this effect on May 7. According to Balbek, the law enforcement agencies and authorities of Crimea had become aware of upcoming “mass provocations,” which he claimed were backed by Ukrainian politicians and the leaders of the Mejlis. "I am sure that we will not allow such incidents to disrupt inter-ethnic harmony in Crimea," he told the RIA Novosti news agency.

However, in the official refusal to the request of the Mejlis to carry out a mass rally, the administration claimed that the city's suitable sites had been already occupied. Instead, the Crimean authorities proposed that the memory be honored with small mourning ceremonies and prayers in the mosques.

‘We will come and speak about our problems’

Meanwhile, a representative of the Mejlis expressed frustration that the community was not being given the opportunity to express itself.

"The local authorities are afraid that we will come and speak about our problems. They do not want us to, because all the problems of the Crimean Tatars have already been 'solved' on paper," a member of the presidium of the Mejlis, Ali Khamzin, told Kommersant.

According to Milli Firka chairman Vasvi Abduraimov, the majority of the Crimean Tatars – both those who are "not loyal enough" to the Russian authorities and those who support integration with Russia – "strongly condemn this decision."

The Crimean government has dealt a "colossal blow to the image of Russia,” said Abduraimov. "Now other countries will point the finger – 'Look what the Russian authorities are doing even to the memory of Crimean Tatars,'" he says.

According to Rostislav Turovsky, vice president of the independent fund Center for Political Technologies, the refusal to give permission for the memorial event is a clear indication of the Crimean authorities’ fear of protest.

"If a protest is too noisy, it will be seen as a black mark for the regional authorities," he told RBTH. A Crimean Tatar movement loyal to the government is in the process of being created, said Turovsky, and attempts are being made to drive more radical elements of the Crimean Tatar community to the periphery, "which is by and large proving successful."

Dmitry Zhuravlyov, CEO of the Institute of Regional Problems, sees the desire to preserve stability in the region behind the ban.

"The deportation is a terrifying story, it must not be forgotten, but serious social upheaval in the region, which has just started to breathe, this is very dangerous today," said Zhuravlyov, who does not anticipate any serious social unrest as a result of the ban. In this case, he said, the Mejlis "decided for itself that it was the only representative of the Crimean Tatar people, which, it seems to me, is not really the case."

"And not all the Crimean Tatar figures support the position of the Mejlis," he added. 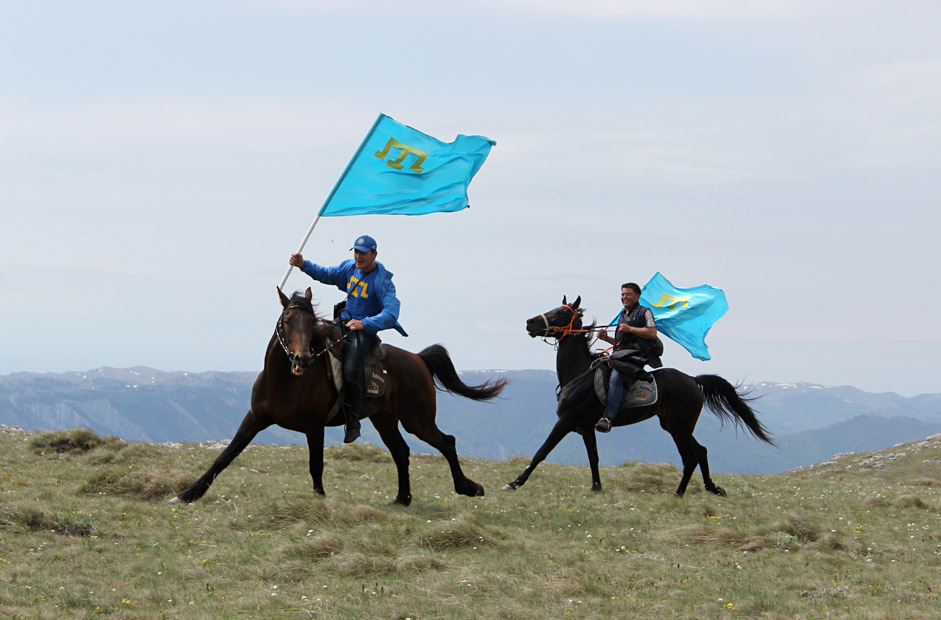