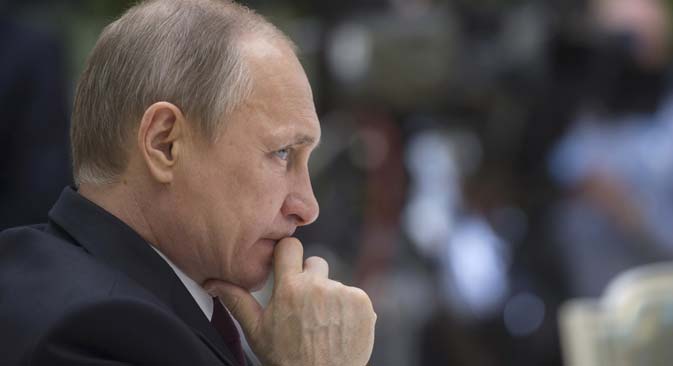 Russian President Vladimir Putin has signed a new decree expanding the list of information related categorized as state secrets, including information about the losses of Ministry of Defense personnel in peacetime. Russian experts say that the security agencies were previously "highly open," but opposition leader Alexei Navalny says the new legislation is simply a way of covering up the deaths of Russian servicemen in eastern Ukraine.

Information relating to the deaths of Russian servicemen during special operations in peacetime, previously only secret during wartime, is now officially classified, after Russian President Vladimir Putin signed a new law expanding the list of information related to state secrets.

The presidential decree, which entered into force on May 28, introduces a broad spectrum of changes. The state secret protection law has been extended to include layout charts of water supply systems in cities with a population of 200,000 and more, information about mine workings, metro systems or "other structures that may be used in the interest of national defense."

It is now illegal to disclose any information about individuals whom the Russian Federation’s foreign intelligence services are planning to involve in cooperation on a confidential basis. Information regarding the force, means and methods of ensuring the security of special sites has also been classified as a state secret.

The State Duma Committee on Defense praised the expansion of the list as "right" and "necessary.”

"I worked at a defense plant and remember that it was forbidden to take a picture even of its appearance from the side of the checkpoint in the 1980s. In the 1990s, it was frequented by foreign delegations, and they walked and copied whatever they could. We have almost completely destroyed the security system," committee member Alexei Zhuravlev said in an interview with RBTH, adding that the state has started "restoring it at last."

Zhuravlev said that "in fact, any special operation is a state secret, along with information on the number of participants, equipment, and so on."

Former head of intelligence of the now-defunct Siberian Military District and the group of forces of the Russian Federation in Chechnya, Maj. Gen. Sergei Kanchukov, believes that the issuing of the decree is related to security, the geopolitical situation and the state's attempt to protect its interests, and is "not an attempt to close off from society."

According to him, previously the Russian authorities did not pay enough attention to security and were "highly open."

"By and large, we are too late with the adoption of this decree. We should have done this earlier," said Kanchukov.

Navalny hits out at decree

Opposition figurehead Alexei Navalny was quick to make the link between the new law and the conflict in eastern Ukraine, in which Russian troops are suspected of participating despite official declarations to the contrary. There have already been a number of incidents in which efforts were taken to cover up the mysterious deaths of Russian servicemen, including a well-publicized case  involving paratroopers from the Pskov Airborne Forces in August 2014.

"Now the activity of looking for victims of the 'special operations' in Ukraine <...> will be a violation of state secrets,” he said, commenting on the decree in his blog. “Let soldiers die. Let their relatives keep quiet. Those who do not agree – we'll jail them for espionage," said Navalny.

According to assistant professor at the Moscow State Law University and lawyer Alexander Manov, however, the decree is “aimed at protecting individuals involved in armed conflicts in one way or another," he said, including protecting them from military tribunals, the question of which is "constantly brought up by representatives of international and regional organizations."

However, said Manov, "the supervisory institutions of the United Nations have not been abolished," and they are "have absolutely no interest in what our president or our deputies have adopted."

In this regard, Manov did not exclude that numerous problems will emerge in legal practice, although he sees the expansion of the list as justified: There is a global trend toward the development of legislation on state secrets and confidentiality, he claimed. 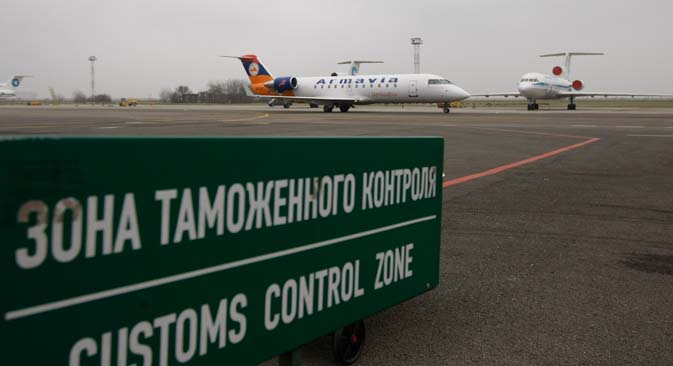