The politics of emigration: Why are Russians packing their bags again? 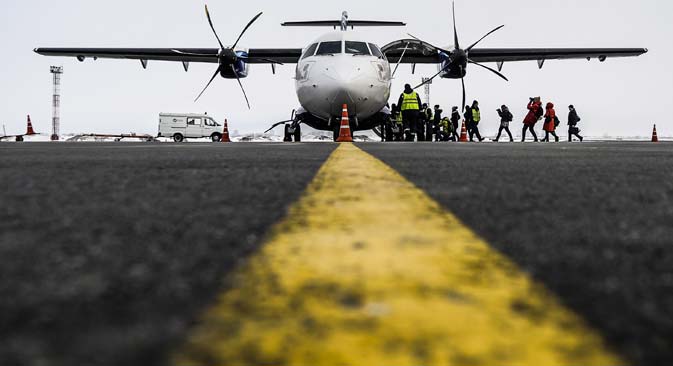 Russian President Vladimir Putin's third term in office has seen a substantial increase in the number citizens emigrating, according to sociologists. Although the most common reason given by those leaving Russia is the current political situation in the country, experts say that other issues are also important factors in the decision to seek a better life abroad.

At the beginning of June, Dmitry Zimin, an important patron of science and education and honorary president and founder of the VimpelCom telecommunications company, left Russia. People linked his departure to the scandal surrounding his scientific and educational organization Dynasty Foundation, which on May 25 was declared to be "a foreign agent" in accordance with a controversial Russian law requiring companies receiving funding from abroad to be referred to as such. The mass media wrote that by doing so the government wished to "frighten" the multi-millionaire, who had allegedly been financing opposition politicians and the media.

Earlier this year, in April, ecological activist and oppositionist Yevgenia Chirikova emigrated with her family to Estonia. "Russia is carrying out repressions against social activists," she said, adding that ecologists are now "the principle enemy for the established regime of raw-mineral oligarchs."

Each new incident of this kind is seized upon as a cause for discussion about yet another surge of emigration, while observers note that since the beginning of Russian President Vladimir Putin's third term the most common reason for emigrating cited by those leaving the country is the political situation.

A change in the wind

Pavel Chikov, chairman of the Agora interregional association of human rights organizations, said that the “outflow” is tangible. In the past Agora helped potential emigrants to apply for asylum. However, Chikov said that cases of people leaving because of genuine political repression have been relatively few. All the others are just people who "find living in Russia less comfortable."

"In reality, what we are witnessing is emigration due not to political reasons but emigration provoked by the political situation," said Yuly Nisnevich, professor and chief scientific collaborator at the social sciences department of the Higher School of Economics in Moscow. As a result, people who have never been involved in politics are leaving the country.

The package of laws on controlling the internet, the limitations on foreign participation in the capital of companies that own mass media sources, "the awful" law on education (in particular, the law has been criticized for its attempt to commercialize education, having turned it into an educational service), the law on "foreign agents" – all this creates a very unpleasant background, said Nisnevich. Pavel Chikov agrees: The real indicator is not individual cases of repression but the general number of those leaving the country.

However, it is impossible to say how many emigrants have left the country for political reasons, according to Jenny Kurpen, director of the Finland-based Human Corpus refugee assistance organization.

In June 2012 she and the other co-founders of the organization left Russia, fearing prosecution over the so-called Bolotnaya affair (in which 34 people were prosecuted and 12 received real jail terms for their participation in mass unrest and clashes with police on May 6, 2012).

"If not the majority than at least a substantial part of today's political emigrants do not communicate their intentions," explained Kurpen. "Many cross the border illegally, some do not ask for asylum and consequently do not become a part of the internal statistics of the hosting countries."

Officially, Human Corpus has existed for less than a year – since October 2014. Since then more than 200 people have asked the organization for help. But the organization does not consider these figures a good indicator.

"It would be more correct to talk not about the fact that there are more political emigrants, but about the fact that emigration from Russia has assumed the nature of a stream," said Kurpen. What is special about these processes that began with the "Bolotnaya affair," is that "for the first time in Putin's reign the target [of legal action] is not only activists, but also ordinary people, many of whom participated in protests for the first time in their lives."

There are still no official statistics for 2015, and the Federal Migration Service was unable to provide RBTH with real figures. Nevertheless, sociologists say that the number of people wishing to leave is now beginning to slow.

According to the Levada Center, this year (the March survey) the number of those who do not want to go abroad is the highest since the center started carrying out the surveys (1990): 83 percent (12 percent said they are ready to leave).

The crisis is extinguishing the “suitcase mood," explained Levada expert Stepan Goncharov. People can no longer plan their future with confidence and prefer to wait. They are influenced by the general sensation of instability, the expectation of war. According to Goncharov, for this reason those who declare their readiness to leave are now mainly the rich, that is, "those who can afford to move at any moment."

As far as political reasons are concerned, they are far from the primary ones. As before, people are mainly leaving to find a better life abroad. "There is the desire to give their children a more comfortable existence, this is the material factor," said Goncharov. Politics is important for a small category of people, the so-called intelligentsia.

"And the youngest and most active of that category, according to our statistics, already left the country in 2012-2013," he said, underlining that the crisis did not exist at that time, although Vladimir Putin's third presidential term had already begun, as well as the mass protests and the crackdowns on civil liberties.

As Yuly Nisnevich sees it, however, the problem is not in the number of those leaving, but in the fact that emigration concerns the thin layer of society that represents Russia's human capital.

But the difference between those who are hypothetically ready to leave and those who actually decide to do so is even smaller.

Gudkov himself is still not thinking of emigrating and says that he feels "uncomfortable" in a foreign country, but is not convinced that he will continue to feel this way: "There may come a time when you will only be able to remain in jail here. The risk exists. I hope it doesn’t come to that," he said.

In his opinion, in reality no one wants to leave, since those who leave usually see a decrease in their level and quality of life. As a result, after various discussions, "people understand that it is expensive to live abroad, that they must look for work, solve problems with their visa – there are so many problems, that in the end they change their plans," said Gudkov.

Nisnevich says that people in the intelligentsia and the scientific community "are now looking for opportunities” abroad. "These people do not want to leave and are still not emigrating, but they already have a second citizenship, in case the situation gets worse," he said.

Sociologists are saying that the country does not need to wait for a deterioration of the political situation in order to see a new surge in emigration – all that needs to happen is for Russia to emerge from crisis.

Despite the fact that there are now fewer people who want to leave the country compared to the preceding years, people are again gaining confidence in their strength: According to surveys, from March to May 2015 the number of people willing to leave grew from 12 to 16 percent.

"For now this is still within the margins of statistical error, the figures are not substantial," said Goncharov. "But the situation will gradually stabilize and the growth of well-being will provoke emigration, unless, of course, the government imposes restrictive measures on leaving the country."

But according to Leonid Slutsky, chairman of the State Duma Committee on CIS, Eurasian integration and links with compatriots, the Duma does not think "there are sufficient grounds for such measures,” while Valery Rashkin, Communist Party member and State Duma First Deputy Chairman on Affairs of Nationalities, claimed that "the country does not have emigration problems."

"According to the figures, the facts, the applications to the migration service, the problem doesn't exist. It has not increased and constitutes an insignificant quantity, which we don't even take into consideration," said Rashkin. 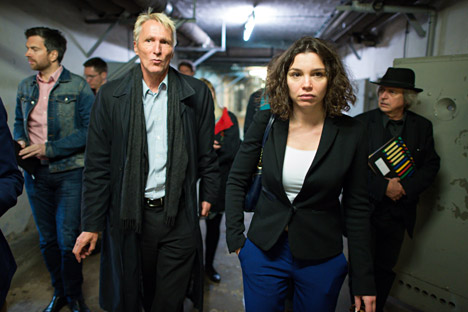