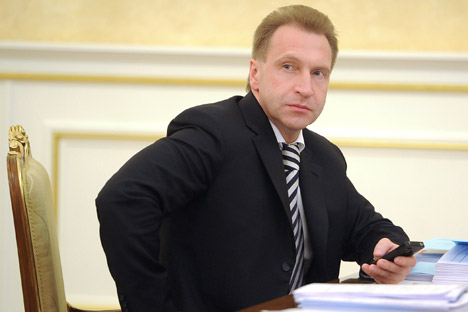 The downing of the Russian Su-24 fighter jet over Syria by Turkey has dealt great damage to bilateral relations between Moscow and Ankara.

"All sales of the package tours to Turkey are stopped effective immideately. The charter flights to Turkey banned, except those used to retrive Russian tourists from there," Igor Shuvalov said.

"Additional control will be provided on regular flights between the two countries to ensure the necessary security measures," he added.

Russian sanctions against Turkey will not affect contracts signed before December 31, 2015 and industrial products, the Deputy PM noted.

"Those [construction] contracts that are currently under operation and contracts that are signed before December 31 of this year, Turkish nationals may continue their labor activities on these construction objects. For new contracts [signed after January 1, 2016], there won’t be such freedom and a special permit will need to be applied for from the government," Shuvalov told Russian Prime Minister Dmitry Medvedev during a Cabinet meeting.

"We are not excluding the possibility of using Turkish nationals on construction projects that are underway in the Russian Federation, but this will fall under very serious control," Shuvalov added.

The introduction of a visa-regime with Turkey does not mean restrictions on the entry to Russia of Turkish citizens, he said.

"According to the president's order, a visa regime [with Turkey] will be introduced, but entry to the Russian Federation will not be restricted. [Turkish citizens] will [simply] need to get a visa to visit Russia," Igor Shuvalov said.

He also said that there will be no food shortage in Russia after restrictions imposed on relations with Turkey.

On November 24, a Russian Su-24 jet crashed in Syria during an anti-terrorist operation. Moscow said the aircraft was downed by an air-to-air missile, fired from a Turkish F-16 fighter in response to an alleged violation of Turkish airspace, an accusation denied both by the Russian General Staff and the Syrian Air Defense Command.

The downing of the Russian Su-24 fighter jet over Syria by Turkey has dealt great damage to bilateral relations between Moscow and Ankara, Russian presidential spokesman Dmitry Peskov said Saturday.

Later that day, Moscow rolled out a series of economic measures against Turkey.