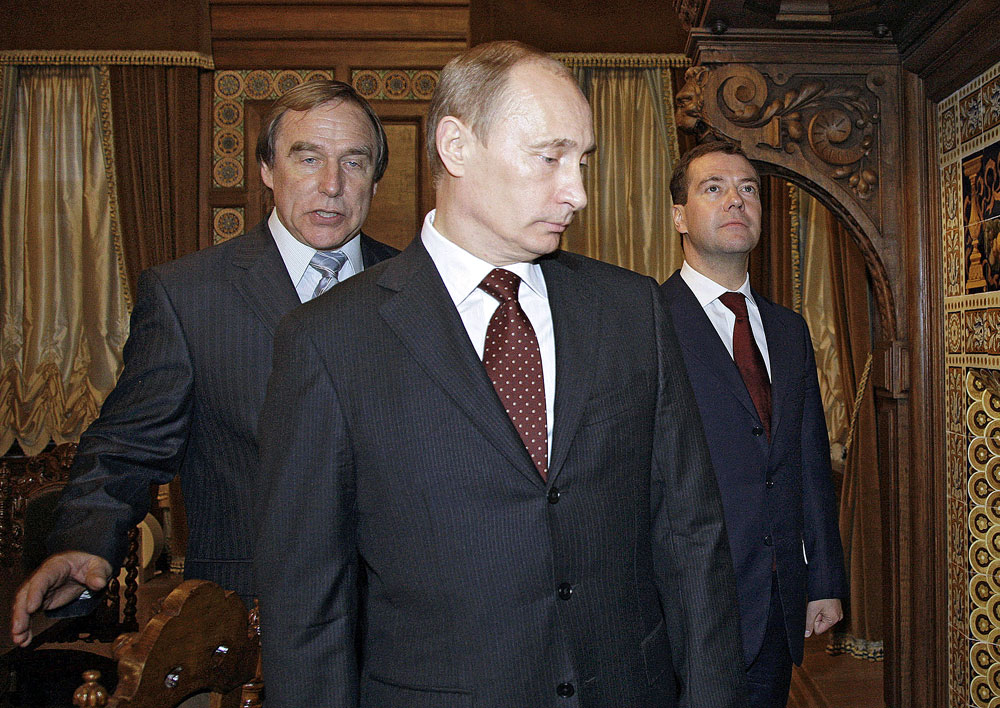 EPA / Vostock-photo
There is a section devoted specifically to Russia in the International Consortium of Investigative Journalists’ investigation into money laundering and corruption of offshore tax havens and networks used by the world’s rich and powerful. It focuses on renowned cellist Sergei Roldugin, who is also godfather to one of Russian President Vladimir Putin's daughters.

The International Consortium of Investigative Journalists (ICIJ) dropped a bomb-shell on April 3, simultaneously releasing worldwide investigation reports containing accusations of corruption against politicians, famous personalities and businesspeople in countries around the world, including Russia.

The ICIJ received 11.5 million files from the database of the world’s fourth largest offshore legal firm, the Panama-based Mossack Fonseca. After getting the files from an anonymous whistleblower and painstakingly researching the files, the ICIJ has exposed money-laundering and corrupt deals involving tens of thousands of offshore companies.

One section of the investigation into the ‘Panama Papers’, as the documents have been dubbed,  deals with 13 politicians and businesspeople from Russia, some of whom are allegedly engaged in operations that have links to Russian President Vladimir Putin.

“There is nothing specific and nothing new about Putin there, no details," said presidential press secretary Dmitry Peskov, commenting on the release of the Panama Papers.

Although Putin’s name is not mentioned in the database, “it is obvious to us that our president was and is the main aim of leaks like these,” especially ahead of the 2018 presidential election, said Peskov, who himself features in the leaked papers.

According to ICIJ journalists, a key part in the offshore network used by the Russian government and the president was played by Sergei Roldugin, a concert cellist from St. Petersburg and a close friend of the Russian president.

The ICIJ has concluded that the world-famous maestro has for years been leading a double life: In one he is a modest but popular musician and professor; and in the other, he is a “caretaker of Putin’s money,” who has amassed offshore trusts and companies with a turnover of several billion dollars.

‘I am not a businessman, I don’t have millions’

Roldugin has never tried to hide his long-standing and close friendship with Putin. In the Russian president’s definitive biography First Person (2000), the cellist recalled how they met in 1977 “and have never been apart since.”

“He is simply like a brother to me. When I had nowhere to go, I would to go to his place, sleep and eat there,” said Roldugin.

Together, they went to the theatre with “a lovely girl called Lyuda,” who would later become Putin’s wife, Lyudmila Putina. They stood their ground in street fights and drove around Leningrad (as St. Petersburg was called before the original name was restored to the city in 1991) at night. Roldugin became godfather to Putin’s elder daughter Masha.

After graduating from the Leningrad Conservatory, Roldugin went on tour to Japan. “I had more money than Vovka [Putin] did. From my foreign trips, I brought him different souvenirs, T-shirts and stuff,” he recalled.

In Russia then, Sergei Roldugin was known not as Putin’s friend but as a soloist and conductor at the Mariinsky Theater, a music manager, and a patron of the arts. Mentions of his minority shareholding in Bank Rossiya, which the media in Russia and abroad have dubbed “the personal bank for Putin’s inner circle,” were rare.

The bank’s documents state that Roldugin became a shareholder in 2005, acquiring 3.96 percent of shares in an additional issue for 375 million rubles ($13,300,000 at the 2005 exchange rate). At the same time, he insisted that he was not interested in big business.

“I am not a businessman, I don’t have millions,” the maestro told The New York Times in a 2014 interview. According to Russian business daily RBK, Roldugin was not involved in managing the bank.

At one time however, he did try to combine his artistic career with an administrative one. For a year, he served as vice-chancellor of the St. Petersburg Conservatory, after which he was tipped as the next culture minister.

Instead, in 2005, Roldugin became the artistic director of the St. Petersburg House of Music, after which the establishment was given a 19th century palace, the restoration of which was partly financed by the very same Bank Rossiya. The state gas monopoly Gazprom, Roldugin himself said, “donated grand pianos.”

Or an offshore king?

Roldugin continues to insist that he has no business interests, claiming that he is focused only on music and only on his cello which, he is at pains to point out, is a second-hand one.

Yet the leaked Panama Papers provide clear grounds to suggest that Roldugin is king of an offshore empire, according to journalists from the Novaya Gazeta newspaper, which took part in the ICIJ’s joint investigation and oversaw its Russia section.

Allegedly, Roldugin owns four companies (two directly, and two through people linked to him). Through them, the report alleges, dozens of millions of rubles passed every day from oligarchs (also Putin’s friends), after which the money was used in dubious transactions and was invested in the purchase of the country’s strategic assets (the Kamaz and Avtovaz vehicle manufacturers, and a key player on the TV advertising market, Video International) or in “recreation,” i.e. palaces, yacht clubs, and resorts. These companies were allegedly granted loans on economically unviable terms.

According to the journalists, Putin’s friend has amassed a $2 billion fortune in his Panama “wallets.” According to a source acquainted with Roldugin, “The President needed a person whom he could trust implicitly, so that through his ‘shares,’ he could monitor the real state of affairs,” said Novaya Gazeta. “Call him a ‘keeper’,” another source close to the cellist told the paper.

When asked by journalists about his alleged Panama-based offshore companies, Roldugin replied in vague terms and did not clearly respond when asked whether the money was his.

“I was connected to that business a very long time ago. Before ‘perestroika’. It so happened. Then it all began to develop and this is what happened. This money is used, among other things, to subsidize the House of Music. It is a matter for a separate discussion,” he said.