The heat is on to meet the climate challenge 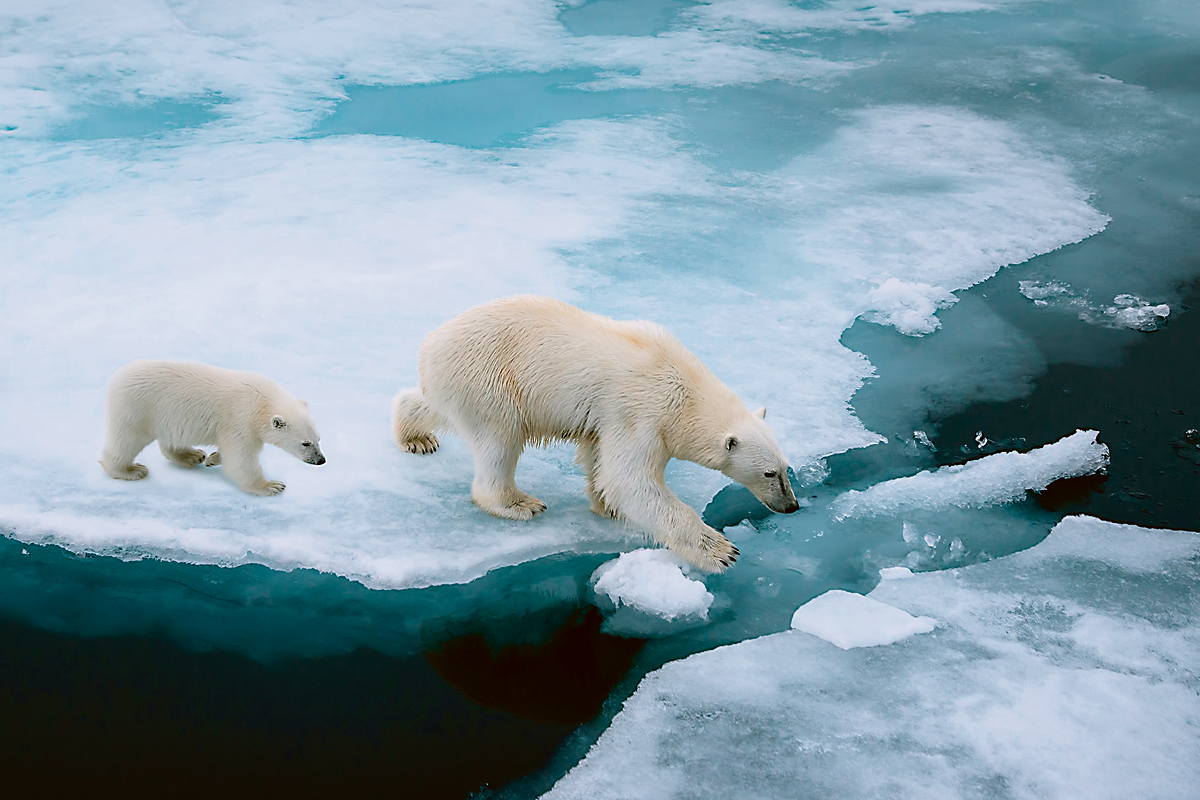 Russian scientists say that due to global warming, Russia is losing large tracts of land in the Arctic. Plans for adapting to climate change are urgently required.

The largest flood in the history of Russia’s Black Sea coast killed 171 people in 2012. In just two days five months’ worth of rainfall hit the mountainous regions of the Krasnodar territory, where rivers overflowed and mixed with mud flows to seriously damage settlements.

In Krymsk, the most affected city, the water levels reached seven metres above normal. The flooding started in the early morning and took everyone by surprise.

After the floods, the authorities were criticized because the city’s alarm system had failed in the disaster and the local storm sewer system and Adagum riverbed was not prepared for such volumes.

Three years later, Russian and German researchers proved that there was another culprit: climate change.

In an article published in the July 2015 issue of Nature Geoscience, scientists linked the flood in Krymsk to the two-degree Celsius increase in temperatures of the Black Sea since 1984. This is an example of the scientific data showing the need for cities to prepare for the impact of climate change. But most Russian cities are not prepared. St. Petersburg is the only city to date to have a plan for adapting to climate change.

St. Petersburg’s strategy, adopted this year, took four years to develop and was based on plans from Finland, Denmark, the UK and India.

By 2100, sea levels in the Gulf of Finland may rise by a meter and the city’s flood-protection systems may not work.

Moscow, which suffered severe heat waves in 2010; the Far East, which in 2013 was struck by the heaviest flood in centuries; and the Arctic, which scientists say is losing territory at an alarming rate due to global warming and erosion, are all without plans for adapting to climate change.

According to Greenpeace Russia’s energy expert Vladimir Chuprov, the federal plan for adapting to climate change, which was adopted in 2011, exists only on paper. Its implementation was handed to the Ministry of Regional Development, which was later disbanded. Now the plan’s implementation is de facto in the hands of the regions themselves.

What to wait from Paris?

The main difference between the Kyoto Protocol and the Paris Agreement, which will most likely be signed at the 2015 United Nations Climate Change Conference, which starts on November 30 in Paris, is that the emphasis at the conference will not be on limiting emissions but on ways of adapting to the changing climate.

The conference will be particularly relevant for Russia because its adaptation plans are only in the early stages.

Alexei Kokorin, head of WWF Russia’s energy program, thinks the conference’s focus will be on how the world’s leading economies will give more vulnerable countries resources for  adapting to climate change, and the time frame for that to happen.

Experts believe that the sum of the resources required will be about $100 billion by 2020. In other words, Kokorin thinks that Paris “is a 10 to 15-year pause in the real reduction of emissions, compensated by massive aid to weak countries.”

Developed countries will try to lay the burden for adaptation on its private corporations, while the countries that are the most vulnerable to climate change will be given more resources.

Since Russia is part of an intermediate group of countries (that is, developing countries that do not need financial aid but are not strong enough to be major donors themselves), the conference’s agenda will bypass Russia.

Meanwhile, Russia will try to figure out how it can become part of the low-carbon global trend without damaging its economy, which is very dependent on traditional energy sources.

The obligations that Moscow is ready to assume seem impressive: Russia is promising to cut emissions by 25-30 per cent by 2030 from levels in 1990. But Russia’s emissions are already less than in 1990, so this commitment sounds more significant than it actually is.

Russia may cut its emissions more substantially, but at this stage, it  is not making dramatic  commitments.

Ecologists predict that Russia is likely to return to business as usual, although it may work harder at adaptation strategies and developing green-energy industries, which right now only produce one per cent of Russia’s power.

Still, it is important to note that the Russian government has begun recognizing the reality of climate change. During his recent speech at the UN General Assembly, President Vladimir Putin said that climate change is one of the most important problems facing humanity.

According to the director of the ecology department  at the Ministry of Economic  Development, Vladimir Maximov, after Putin signed the decree On The Reduction Of Greenhouses Gases Russia began to address its climate issues.

The results of the Paris Convention and the signing (or not) of the Paris Agreement will determine how far Russia will go in developing its adaptation plans.