Poll: For Russians, war is worse than economic crisis 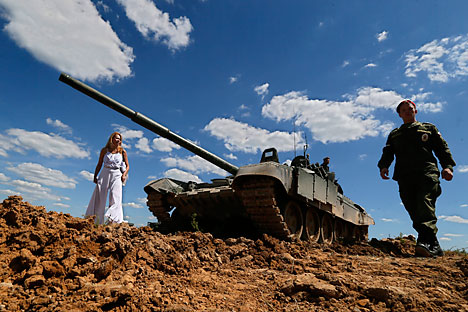 The vast majority of Russians (70 percent) believe that military conflicts are a greater threat than the economic crisis according to a recent poll conducted by the Russian Public Opinion Research Center (VTsIOM).

Coming in second place after international tensions is alarm regarding increases in the prices of goods and the devaluation of savings.

Other anxieties include the fear of losing one’s job and problems revolving around family conflicts.

The poll also notes that the concern about internal conflicts and societal disorders has decreased among Russians.