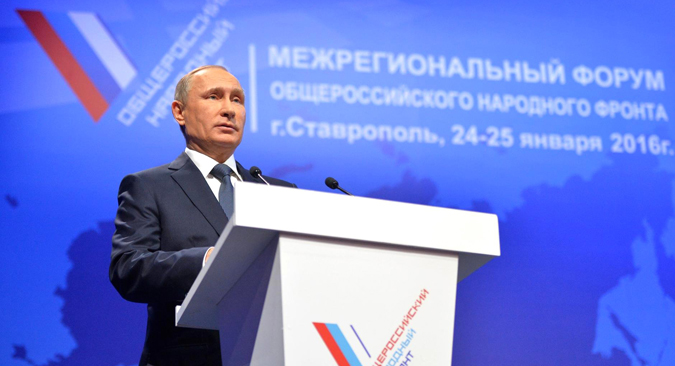 Kremlin.ru
Russian President has said that he still likes the ideas of Communism

Russian President Vladimir Putin has said that he still likes the ideas of Communism and that he has not ditched his party member ID card.

"You know, just like millions of Soviet citizens - 20-odd million people - I was a member of the USSR Communist Party, and not just a Communist Party member, but I worked for an organization called the USSR State Security Committee [KGB] for almost 20 years, which was a successor to ChK [Emergency Commission] that was called the party's armed squad," he told the first inter-regional forum organized by his All-Russia People's Front on Jan. 25.

If someone quit the Communist Party, they would immediately be dismissed from the KGB, he recalled.

"I was not such, you know, a party member by necessity. I cannot say I was that much of an ideological Communist, nevertheless I did care quite a lot," Putin said. 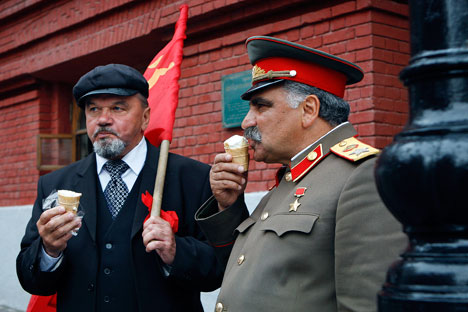 "Unlike many functionaries - and I was not one - from the party point of view, I was a rank and file member, I did not throw away my party ID, I did not burn it," said the president, adding that "the Communist Party of the Soviet Union collapsed, but my ID is lying somewhere there."

"I quite liked, and still do, the Communist and Socialist ideas. If we look at the Code of the builder of Communism, which was broadly circulated in the Soviet Union, it is very much like the Bible. It is not a joke, there is in fact a similar passage in the Bible," the president said.

"But practical realization of these remarkable ideas in country was far from what utopian Socialists had been setting out. Our country did not resemble Sun City," said the Russian head of state.

Everyone accused the tsarist regime of repressions, but it was from mass repressions that the construction of the Soviet state began, he recalled.