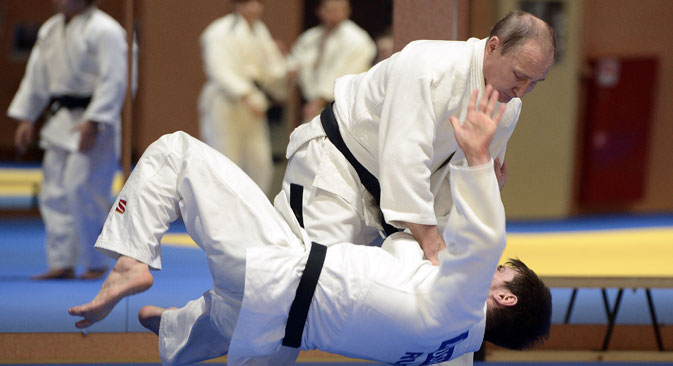 Putin demanded that the members of the council take tough measures to return assets illegally taken out of the country.

Alexey Nikolsky / RIA Novosti
The British television channel BBC One has reported that Russian President Vladimir Putin's personal fortune totals $40 billion. At the same time, Putin himself has ordered officials to act “tough” in returning everything stolen and taken out of Russia. Could the economic crisis lead to a reduction in corruption in the country?

Rumors of corruption have surrounded Russian President Vladimir Putin for some time, but a recent 30-minute film called Putin's Secret Riches, aired on the British TV channel BBC One on Jan. 25, saw the Russian leader accused of corruption by a U.S. official for the first time.

The allegations were made by Adam Szubin, the acting under-secretary for terrorism and financial intelligence at the U.S. Treasury, in comments made during the film, which asserts that Putin is the richest man in Europe, has a fortune valued at $40 billion, owns a yacht and a palace and everyone knows it.

The “revealing” report, which the Kremlin dismissed as groundless slander, appeared on the eve of a meeting of the Presidential Council for Countering Corruption in Russia, where the enormous damage caused by this misconduct was discussed. 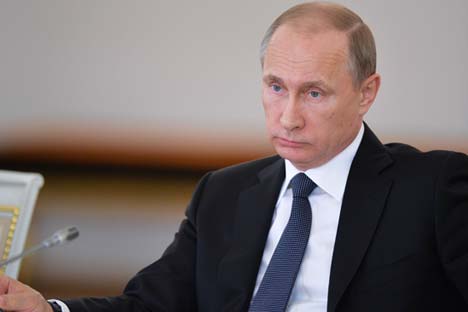 At the meeting, Putin demanded that the members of the council take tough measures to return assets illegally taken out of the country.

The country is mired in a crisis, yet the authorities have only succeeded in returning 588 million ($7.6 million) out of the 15.5 billion rubles ($201 million) that corrupt officials were ordered by courts to pay back in 2015. “Let’s agree, this is quite a modest amount,” Putin said.

However, judging by the new Corruption Perceptions Index, published by Transparency International on the day following the meeting, Russia has become a less corrupt country over the past year, rising 17 places in the rankings.

Does this mean that Russia has simply become better at counting money that has disappeared from the budget? In part, yes. The stagnating economy changes the situation on the black market, too.

In 2015, the arrests of more than a dozen people from the regional political elite, including two incumbent governors, caused quite a stir among the Russian public.

One of them, Sakhalin Governor Alexander Khoroshavin, was sent to Moscow immediately following a search of his property. After finding bundles of cash amounting to tens of millions of rubles at his country house at night, the disgraced governor was flown in economy class and, according to passengers on the flight, looked quite “lost.”

This case involved the certification of more than $15 million worth of stolen assets, bribes of $5.6 million, more than 60 kilograms (132 pounds) of jewelry found in a safe and 150 watches costing from $30,000 to $1 million each.

Talk about a “purge” at the top grew louder in the wake of Khoroshavin’s ouster. It seemed that the government would continue to punish the most wasteful officials, because it had become an unaffordable luxury to turn a blind eye to corruption during a crisis.

However, no major figures have been imprisoned since then and some experts believe that the incident could signal not the beginning of a purge of highly-positioned corrupt officials, but the strengthening of an inter-clan struggle for diminishing resources.

“In fact, the distribution system of money [from the federal government] is simply tightening up, and corruption is being used in the fight with inter-clan groups," said Yuly Nisnevich, the head of the Laboratory for Anti-Corruption Policy at the Higher School of Economics in Moscow.

In the end, the one with a more powerful patron wins. In 2015, transfers to regional budgets decreased in all regions except Chechnya.

Such restraint in cash infusions influences the corruption turnover as well.

“The crisis, by generating an administrative struggle for money, can improve the efficiency of spending," said Anton Pominov, the head of the Center for Anti-Corruption Research at Transparency International–Russia.

Taking more, but being more careful

According to experts, the crisis has caused mid-level officials to be more cautious. No fundamentally new corruption schemes have appeared. Moreover, due to the fact that very few new players enter the market in a crisis, the number of kickbacks to officials has decreased.

Interestingly, at the same time the average size of bribes in Russia has increased. In 2015, it reached $9,440, while for the previous reporting period, it was $5,600, according to the Association of Russian Lawyers for Human Rights.

“This is due to the dependence of corruption turnover on foreign economic ties,” Maria Bast, the association's chairwoman, who presented the independent annual report of the independent anti-corruption organization Clean Hands (Chistye ruki in Russian) in September 2015, told RBTH. 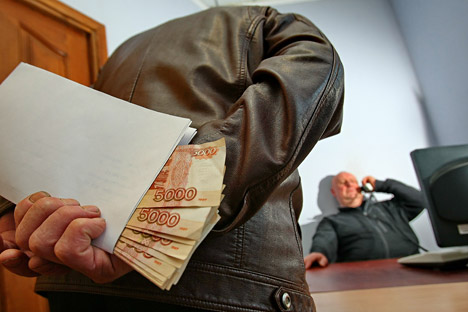 Russia improves its ranking in the Corruption Perceptions Index

In areas where really big money is concerned – public procurement and state contracts – officials take bribes in euros or dollars, and since the ruble has fallen, many have been forced to increase their rates because they do not want to lose income, said Bast.

As of September 2015, Clean Hands estimated the volume of corruption turnover in Russia to be 54 percent of GDP, a record high.

Such numbers make the authorities take corruption – as a phenomenon that eats the budget – more seriously.

At the meeting of the Presidential Council on Countering Corruption in Russia, Sergei Ivanov, the head of the Presidential Administration, ordered the establishment of a mechanism for the recovery of property from officials if a difference between revenues and expenditures is discovered.

But to recover funds for a villa that was illegally acquired, for instance, in Greece, is not an easy task. To do this you need to convince the Greeks to sell it. In other words officials must activate contacts with foreign colleagues, an area where cooperation in Russia “is weak," according to Transparency International.

Read more: The poorer Russians get, the happier they become and other mysteries>>>