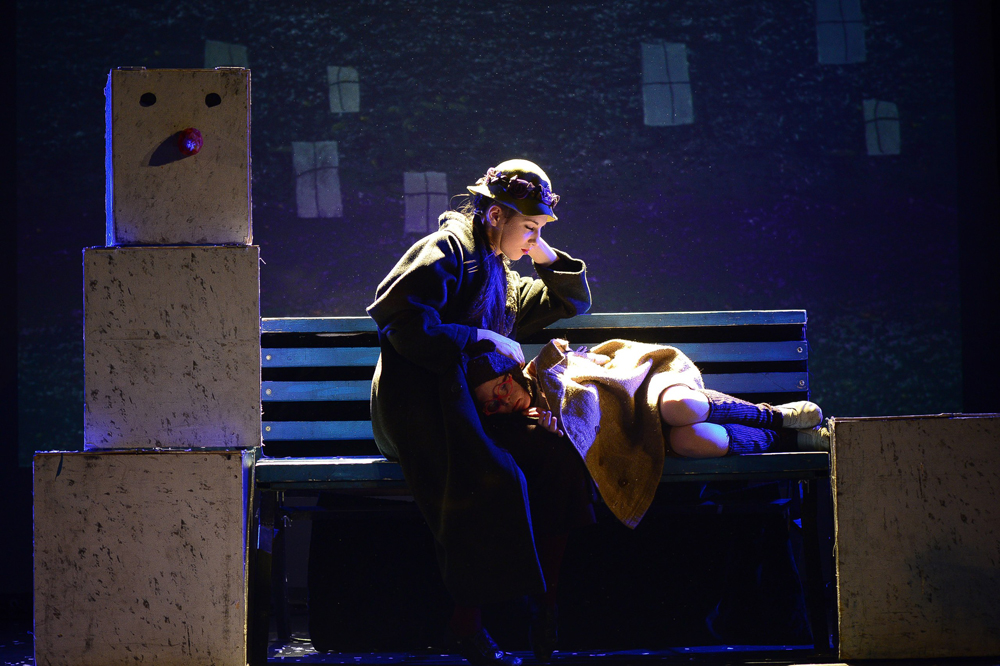 During the "Nephew" show.

Tatiana Malinovskaya/Upsala Circus
Drink beer on the streets of a housing estate or become a trapeze artist? Thanks to Upsala Circus, for the last 15 years delinquents in St. Petersburg and children with disabilities have been given the opportunity to pursue the latter option.

Preparations for the first performance of Upsala Circus’s new show, “Guardian of Dreams,” start several hours in advance: Test runs of key sequences are done and the final touches are added.

The young performers rush from behind the curtains and perform breathtaking somersaults dozens of meters from the ground right under the circus roof. The director, Larisa Afanasyeva, scolds them in jest, explaining to them when is the right time to save energy and when to let it all out.

Upsala Circus, which was set up in St. Petersburg in 2000, is not your usual circus with elephants and clowns, but a social project in which circus staff work with vulnerable children and children with disabilities. The idea behind the project is to create an attractive alternative to life on the street. 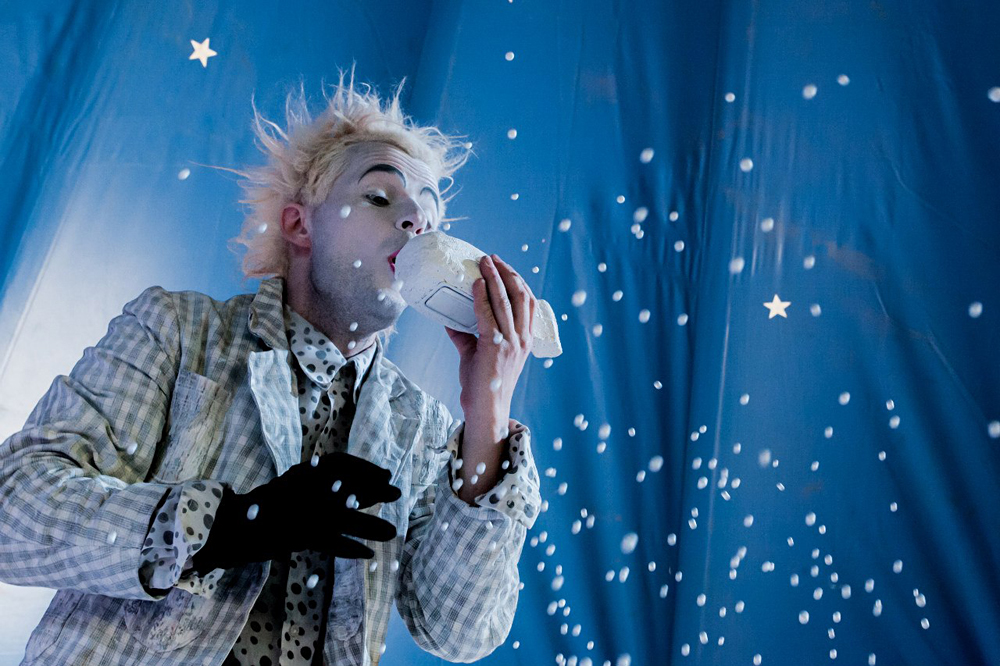 After the dress rehearsal, the young performers gather in the dressing room. While some are putting finishing touches to their make-up, a young acrobatics instructor, Nikolai Grudino, tells his story:

“I first saw the circus in the early 2000s, when I was 10. I had some troubles at home, so I would often be out in the streets. One day I saw Larisa (Afanasyeva, the circus director) and Astrid (Astrid Schorn, a German student), who were riding unicycles on the embankment.”

Back then, there was no circus as such, just Afanasyeva and Schorn and a couple of pieces of equipment. They were performing in the streets and inviting children who were hanging around in the streets to come and train with them.

“My brother and I were among their first recruits,” says Grudino. “When we began training, it was in an awful space, with bad floors and everything, but we were keen and we learnt acrobatics and juggling.” 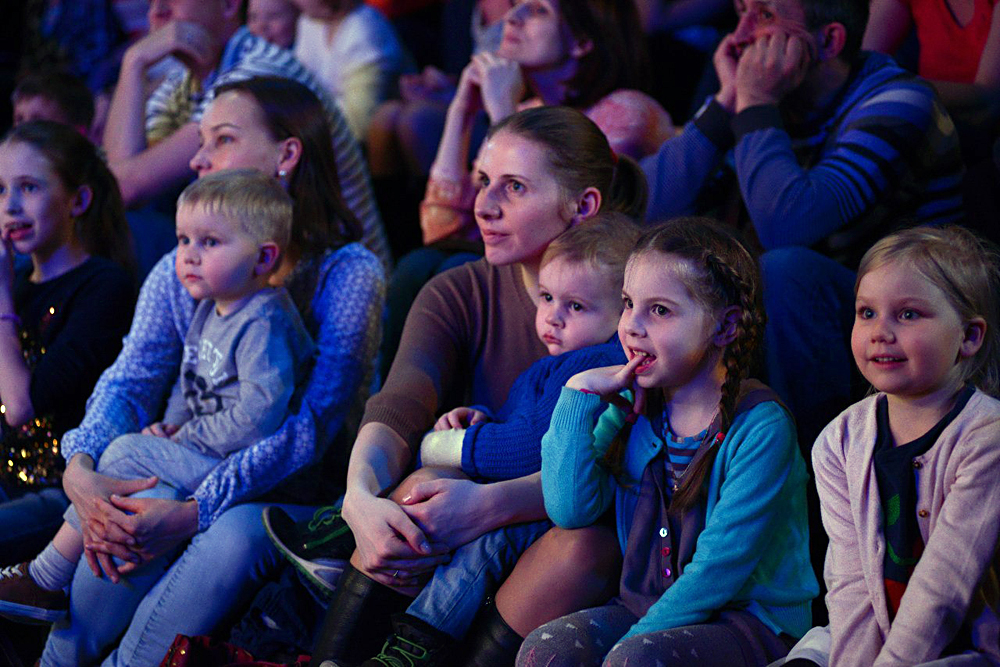 “I don’t know how I would have turned out without the circus. I was wily, insolent, I could attend classes but then go and do something underhand, I was smoking. And now I am an instructor,” says Grudino.

The show “Guardian of Dreams” is about restless children who refuse to go to sleep despite their grandpa’s best efforts to get them to bed. On stage, kids jump on their beds, fight with their pillows, do somersaults, tell each other scary stories under the blanket, and pretend they are sleeping.

The audience consists mostly of families with children, who greet the goings-on onstage with envious laughter.

‘This is not therapy, we are creating a circus’

Upsala Circus has been around for 15 years but it was only recently that it received a pavilion of its own. During the “vagabond” period of its existence, the circus set up a project called “A Special Child,” which unites children with learning disabilities and special needs, who also stage shows, perform and go on tour.

In May 2015, a group of artists, most of whom have Down syndrome, premiered a show called “Boniface,” which now forms part of Upsala Circus’s repertoire.

“The children came to us of their own accord, took brightly colored props in their hands and started doing something,” recalls circus director Larisa Afanasyeva. “We had nothing else to do other than support their desire and motivation.

“When we got a pavilion of our own, we recruited more children into the company and decided to turn it into something bigger. We decided to develop these kids. It’s not therapy, we are creating a circus, we are staging shows.”

At the circus, children with special needs train together with the “hooligans.”

“In this country, there are two extremes in how children with special needs are perceived and treated,” says Afanasyeva.

“Either people say: I cannot look at them, I feel sorry for them, it gives me pain. Or they see them as angels or aliens who have been sent to earth. These are all extremes. In fact, they are ordinary children who just have a life of their own, and an energy of their own.”

A creative approach to raising funds

Upsala Circus has managed to find a sponsor for its “A Special Child” project. With other upcoming projects, however, things are not so rosy. 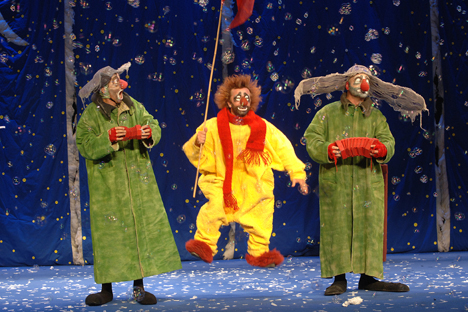 The Russian circus: from village-fair entertainment to global acclaim

The team are now working on a new project, called “Circus Behind a Fence,” together with a school for young delinquents. Upsala Circus trainers come to the boys at the school to train them in free running. Afanasyeva is planning to involve these children in a performance about a playground as a starting point into another world.

“So far, we have not managed to raise funds for this project, but we shall do it no matter what, even if there is no money,” she says.

These nose warmers are sold in cafes and restaurants across the city, and Upsala Circus activists hope that one day they may become a popular brand from Russia, like the matryoshka doll.