Gorbachev: Russia’s savior, or a symbol of the country’s collapse? 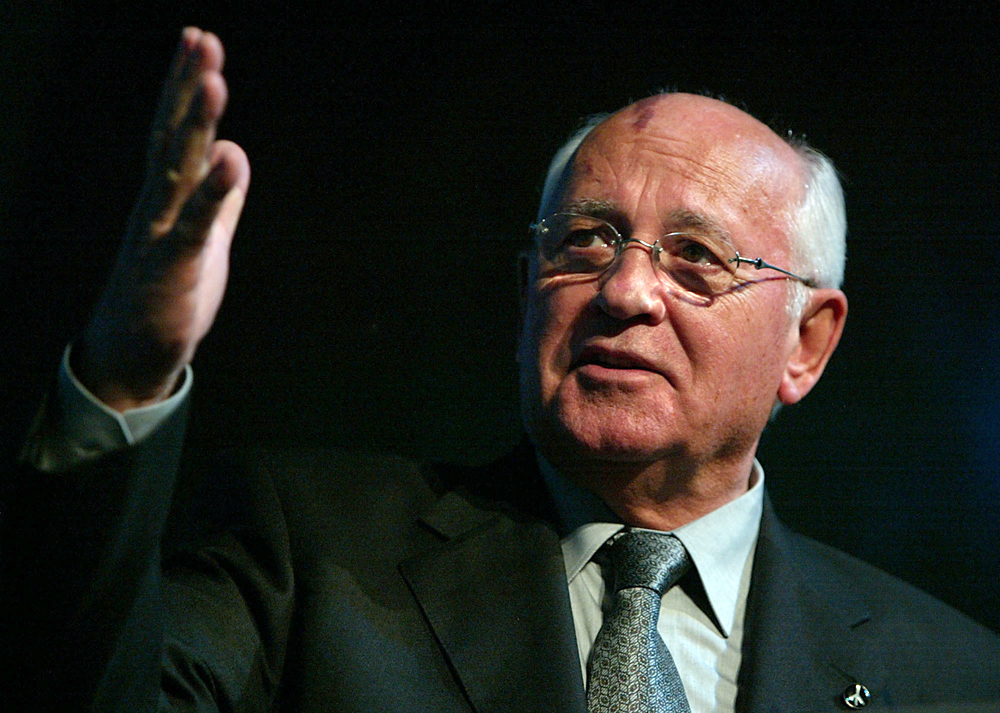 AP
On March 2, Mikhail Gorbachev, the last leader of the USSR and the man who began perestroika in the Soviet Union, turns 85. RBTH presents a selection of quotes about the Soviet leader by his contemporaries.

Mikhail Gorbachev opened a new future for the whole of Europe. At the height of the Cold War, he formulated the concept of a common European home. He understood the common heritage of Europe and the common responsibility of Europeans. And this was at a time when many in the West still stubbornly clung to Cold War stereotypes. <...> However, the great European nation of Russians is part of the historical and cultural identity of Europe. Gorbachev was always confident in this.

He broke the shackles, threw off the heavy yoke, under which people had remained, held by fear, for as long as 75 years. He freed them decisively and very quickly, without spilling a single drop of blood along the way.

There is something unusual about him, some inexplicable energy. Some of his movements, mannerisms remind me of a boxer or even a brawler. But he is a man of great intelligence. His thinking is mental judo. After all, what is judo? This is when you use the force of the attacker to defend yourself. Gorbachev is the politician who saved Russia without making any profit out of this.

I have a lasting admiration for Mikhail Gorbachev. It is an admiration shared by all who know that, but for his initiatives, the world might still be living under the shadow of the catastrophe of a nuclear war <…>.

Perestroika 30 years on: Analyzing the consequences for modern Russia

But did perestroika bring about a second Russian revolution? No. It brought the collapse of the system built on the 1917 revolution, followed by a period of social, economic and cultural ruin, from which the peoples of Russia have by no means yet fully emerged.

Recovery from this catastrophe is already taking much longer than it took Russia to recover from the world wars.

[It is necessary] to recognize the crimes of Gorbachev and Yeltsin at the governmental level. They committed a real crime. Deliberately or not, guided by ambition or not, this is not the point. Their "achievements" led to the collapse of our country! And this is the greatest geopolitical catastrophe that occurred during the century.

They are two people – he [Yeltsin] and Gorbachev. Great power was contraindicated to both. This was our mistake, and mine as well. Because I supported Gorbachev, too, when he came to power in 1985. And others supported him, but he should not have been appointed, because he is simply not fit for this!

If there were the post of a preacher in the country, he would cope perfectly well! He would talk and talk for hours... But [he could not] manage and lead the country systematically and in a balanced way... He is very impulsive, disorganized.

I welcome him as the most outstanding person in the history of this century who has achieved democracy in his country, the end of the Cold War and disarmament.

(From Marshal of the Soviet Union, a book by Dmitry Yazov)

A typical Komsomol [Young Communist League] functionary, who was not able to decide on his own. It was always the Communists or officials from the executive staff who were to decide. The heavy burden of power in this country was beyond his Komsomol abilities.

He is relatively open in manner and intelligent. He is affable and has some charm and humor. I certainly found him a man one could do business with. I actually rather liked him.

Gorbachev: The West and Russia must defrost relations before it is too late>>>