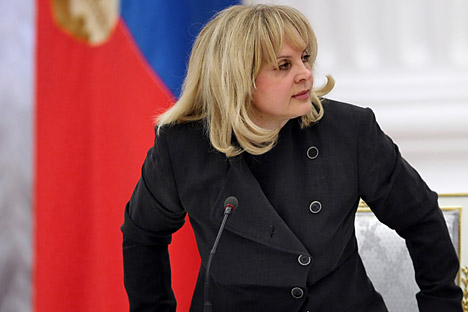 Ella Pamfilova began her career as minister of social protection in 1990-s.

Kommersant
Most Russians approve of women's engagement in politics

Most Russians (77 percent) approve of women's engagement in politics, the Levada Center told Interfax, referring to its poll.

Two-thirds (64 percent) of respondents would like women to hold top-ranking positions in Russia together with men (50 percent of men and 78 percent of women). Twenty-eight percent raised objections.

Read more: Where do women stand in Russia’s armed forces in the 21st century?