Russian bloggers react to the nanny that decapitated a child 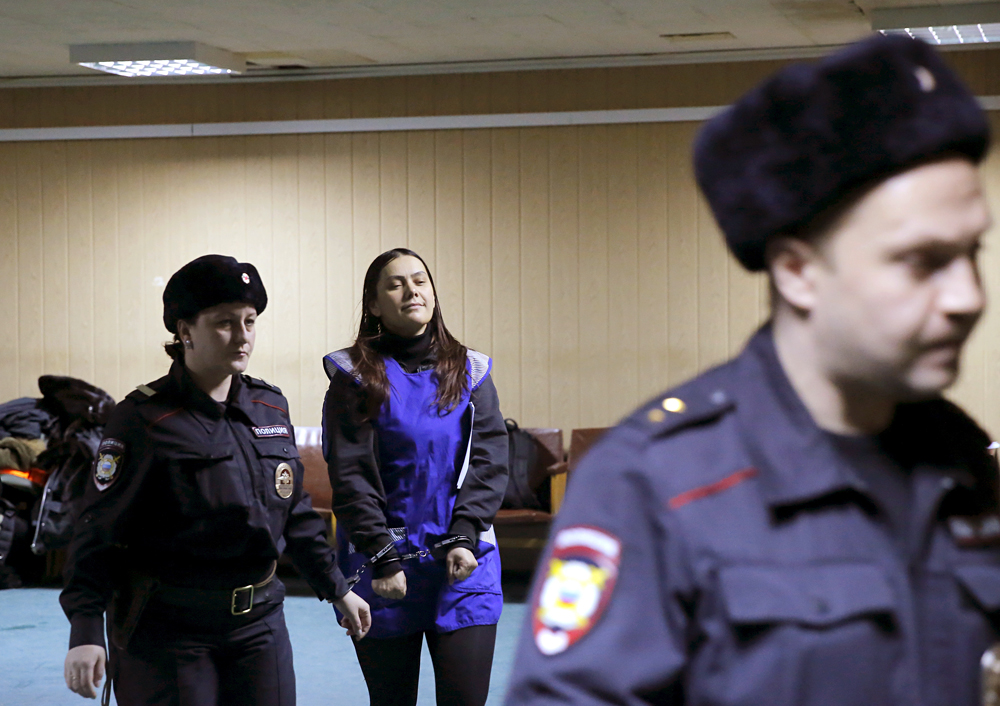 Gulchekhra (Gyulchekhra) Bobokulova, a nanny suspected of murdering a child in her care, is escorted inside a court building in Moscow, March 2, 2016

Reuters
The brutal murder of a four-year-old girl in Moscow and the jihadist statements by the nanny that beheaded her has shocked Russian society. RBTH has collected some of the more vivid passages from the best-known bloggers’ accounts on LiveJournal.com and other social media networks.

The story of the child's severed head is a case where, if you have nothing to say, it is better to just keep silent.

I am sure that I have nothing to addabout this terrible story. To make generalizations such as “all Uzbeks are like that,” or “all Muslim women are like this” is the domain of the media that want to capitalize on children's blood. Let God be their judge. But to preach tolerance at a time like this is not a better idea.

Nothing in this world can be fixed bythe criminal coming to her senses, her active repentance and her help in the investigation. The story of how she “realized her mistake” will not make the world a better place.

I understand and support the decision of the federal media not to report the terrible case of the nanny who severed the girl's head [Ed.: on the day of the tragedy major Russian televisionchannels did not report the incident, although the news was much discussed on the internet].

What conclusion could a mass audience draw from this incident (educated individuals already draw their own conclusions and social networks are enough of an outlet for them)?

- Nannies are dangerous; a stranger in the family is evil

- Nannies from Central Asia are a horror

- Muslims are a nightmare

Each of these stereotypes is dangerous. What is more dangerous isa nanny with an ax that shouts, “Allahu Akbar.” In no way do I want to make a diagnosis, but there is nothing to indicate that the incident with the nanny is anything more than an instance of insanity. I understand the police who scattered in all directions [Ed.: Bobokulova was not detained immediately, but walked around with the child's head near the metro entrance for about 20 minutes]. Madness is scarier than Muslims, foreigners or nannies and it is unclear how to deal with it.

“Let's not tie it to Islam” [Ed.: Bobokulova said this during an interrogation; the video leaked online].

Ok, but what could I to tie it to? To the ballet?

“I killed the child to take revenge on Putin for bombing Syria.”

“I wanted to go to live in Syria where women are allowed to cover their faces.”

“I have three children, but you can kill them.They do not read the Koran, they do not perform namaz” [Ed.: Namaz is a Muslim prayer of repentance consisting of four parts].

It is clear that there are no religions that aim tokill children. However, we need an honest conversation about the fact that, alas, the situation is now such that if a somewhat insane person goes to the mosque or starts to discuss Islamic topics on the internet, it is very likely that they will be turned into shahids [Ed.: an Arabic word used to denote the term “martyr”]and sent to ISIS. Not because there are terrorists in the mosque, but because terrorists are the most active and are the first to indoctrinate new arrivals.

And now, we need to say not that,“Islam has nothing to do with it,” but instead that “Islam and all the ideologues condemn it, they grieve. All mosques in the country talk about this horror and curse those who confused the mentally ill woman with Syria and all the rest. Here we have a plan to prevent this from happening again.”

Otherwise this isn't going to work. Radical Islam can be defeated only with the humanity and moderation of Muslims themselves.