When Soviet scientists wanted to melt the Arctic 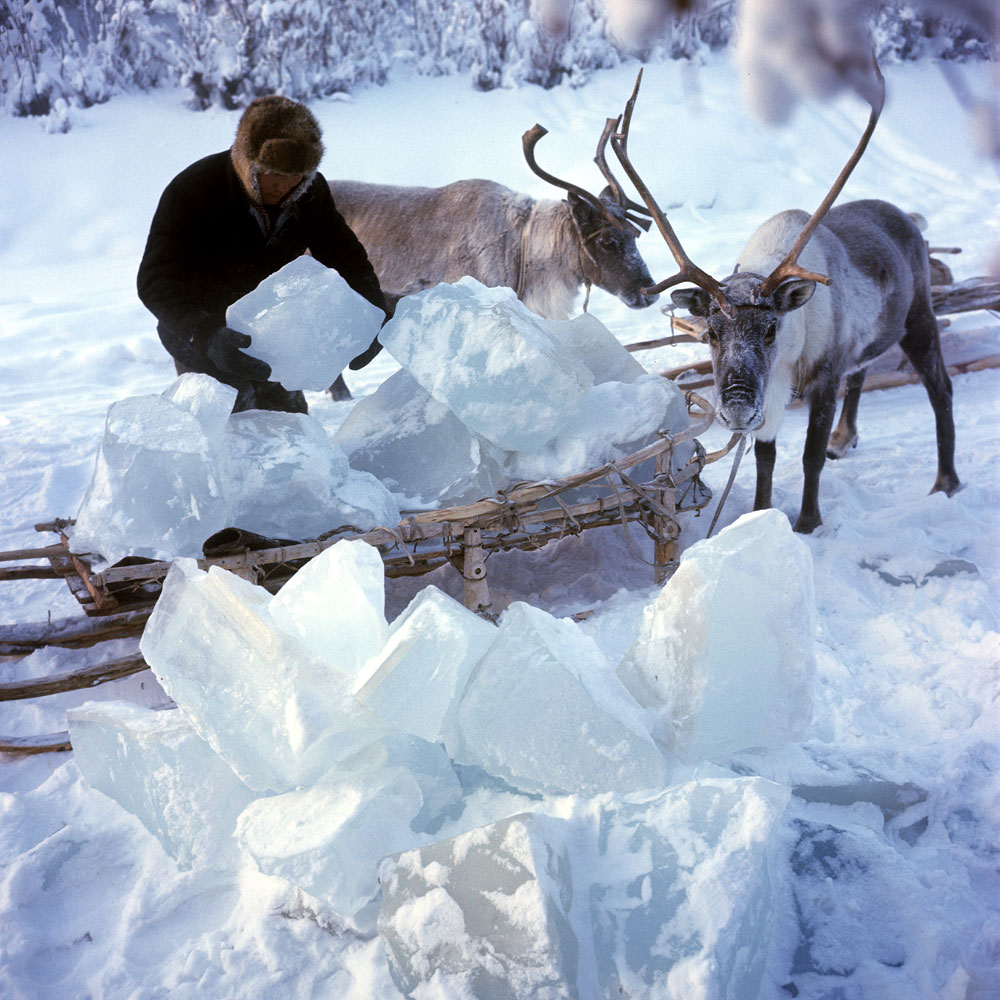 Storing up water in the village of Oimyakon.

V. Yakovlev / RIA Novosti
Between the 1930s and 60s some Soviet scientists had ideas about transforming Russia's north into a garden by artificially melting the arctic ice. None of their ideas ever materialized.

In the first half of the 20th century, when the USSR conducted expeditions on the Arctic and the Arctic Ocean, Soviet scientists started prosing radical projects to “improve the climate.”

Among the first to propose getting rid of the Arctic ice was Arctic Ice researcher and former officer in the Tsarist army Evgeny Gernet. In 1930 he published a brochure in Japan in which he stated that the ice of the Arctic Ocean is not permanent and that if it were to be melted, the climate of the Miocene Epoch (about 23 to 5.3 million years ago) would return to Eurasia. During that period, the shores of Scandinavia were lined with cypress and magnolia trees.

Inspired by Gernet's ideas, in the 1950s Mikhail Budyko, future author of the energy balance model, which became the foundation for modern views on the greenhouse effect, proposed to soften the Arctic's climate by spraying the area with a subtle layer of soot. Absorbing the sunlight, the coal particles would have helped melt all the ice.

In 1959 geographer Petr Borisov also thought of a solution for “improving the climate.” His idea was much more far-reaching and called for diverting the warm waters of the Gulf Stream onto the surface of the Arctic Ocean.

He suggested blocking the Bering Strait with a dam equipped with huge screw pumps that would pump out 500,000 cubic meters of water into the Pacific Ocean from the colder and fresher top level of water, which would be replaced by a warmer level of saltier water from the Gulf Stream. “We will not recognize the northern hemisphere of our planet,” Borisov wrote in his proposal. “Siberia will have the climate of central Ukraine.”

Why it didn't work

Igor Ashik, Director of the Department of Oceanology at the Arctic and Antarctic National Research Institute in St. Petersburg said that all the projects were seriously examined and in certain conditions could have been realized.

The unconquerable Arctic: From exploration to preservation

“I once worked in Tiksi (a little town on the shores of the Laptev Sea in the Yakutia Republic) where I would read reports from the 1950s about local experiments to blacken the ice, not in big areas, but only in fairways. The experiments were recognized as ineffective since the ice melted but not completely and substantial costs were incurred,” recalls Ashik.

Among the projects there were those that everyone knew could not be realized. For instance, a project conceived by Estonian engineer Evgeny Pastors, who in 1966 proposed to tug the ice cover to the south using ships. “If you send 20-25 powerful ships into the central Arctic, turn a part of them towards the strait in the Atlantic Ocean and a part towards the Pacific Ocean, press them against the ice and pull… in half a year the ice cover from the Arctic Ocean will disappear,” he wrote.

However, Ashik explains that the main reason the Arctic ice was never melted was that the issue was irrelevant. There was never a state order for the projects. Such ideas were conceived by the scientists on their own.

Materials from a report on Populyarnaya Mekhanika magazine were used in this article.