Criminals or just misunderstood: Who are Russia’s ‘gopniks’? 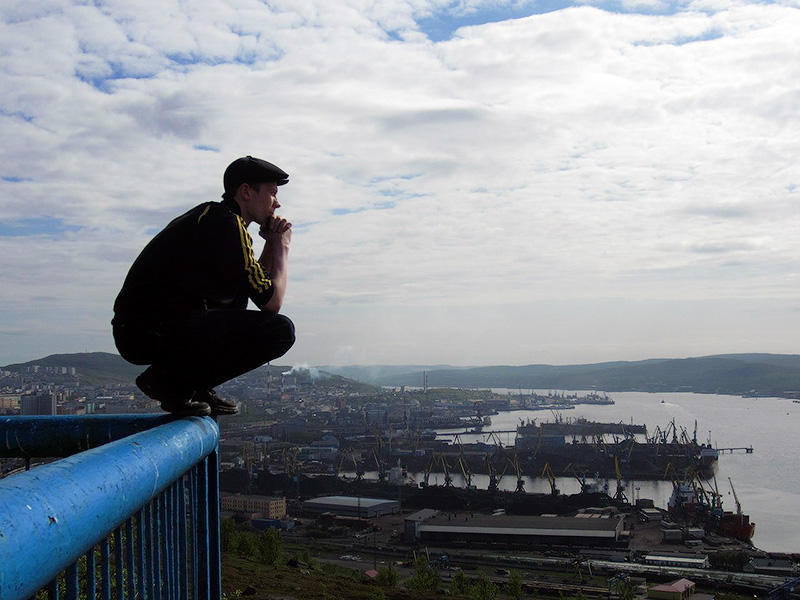 The heyday of the gopniks came in the 1990s.

http://slavsquat.com
A criminal legacy of the 90s, today “gopniks” are representatives of the lower stratum of Russian society, tracksuit-clad hoodlums who take pleasure in threatening peaceful passers-by. RBTH explains the origins of the gopnik and what makes him tick.

Late one evening, student Vitaly Kulagin was returning home through the narrow streets of the Ochakovo-Matveyevskoye district in the west of Moscow when suddenly he saw three people coming towards him.

Turning around, he saw that two more people were approaching him from behind. He was surrounded by five grim-looking young men – they looked no older than 25 and smelt strongly of alcohol.

“What? Where you going in such a rush, mate?” asked the largest nasally. “I’m in a hurry,” answered Kulagin.

“You in a hurry now?” the lad answered with a grin, producing a knife from his pocket.

Kulagin cannot explain the logic of his next action.

“Yes I’m in a hurry,” he said, then proceeded to push the lad with the knife out of the way and walk on, expecting them to pounce on him. However, the attackers carried on standing there. He got lucky.

When Kulagin is asked who threatened him with a knife, he answers “Gopniky, as per usual,” treating these aggressors as petty criminals of the night on the outskirts of Russian cities.

As a rule, poorly educated young people without any special interests or prospects in life become “gopniks.” One of their favorite pastimes is to find victims in the evening or at night and, by strength of numbers, take away their money, phones and other valuables.

The heyday of the gopniks came in the 1990s, and in many respects they still copy their behavior from the Bratki, the influential gang leaders of that period who lived by “concepts” (a criminal code of honor). For example, before proceeding to rob, a gopnik needs to catch their victim in accordance with the ‘concepts’.

For this, there are provocative questions such as “Fancy a smoke?” “Where are you from?” And the most difficult to answer – “You what?”

A correct answer to these questions does not exist in principle and even if you happen to know someone from the local “authorities” (the bigger local criminal fish) then they are still likely to take any money you have anyway. Sometimes, as in Kulagin’s case, a gopnik chooses not to enter conflict, but this is not the same for everybody.

They’ve got the look

The classic dress code of the gopnik, formed in the 1990s, is a tracksuit (sometimes in combination with leather shoes), a black jacket and a flat cap, whilst the most successful have a gold or gold-plated chain.

In their spare time away from harassing people, they “hang out” by squatting, drinking cheap beer and vodka, eating sunflower seeds and swearing at each other. 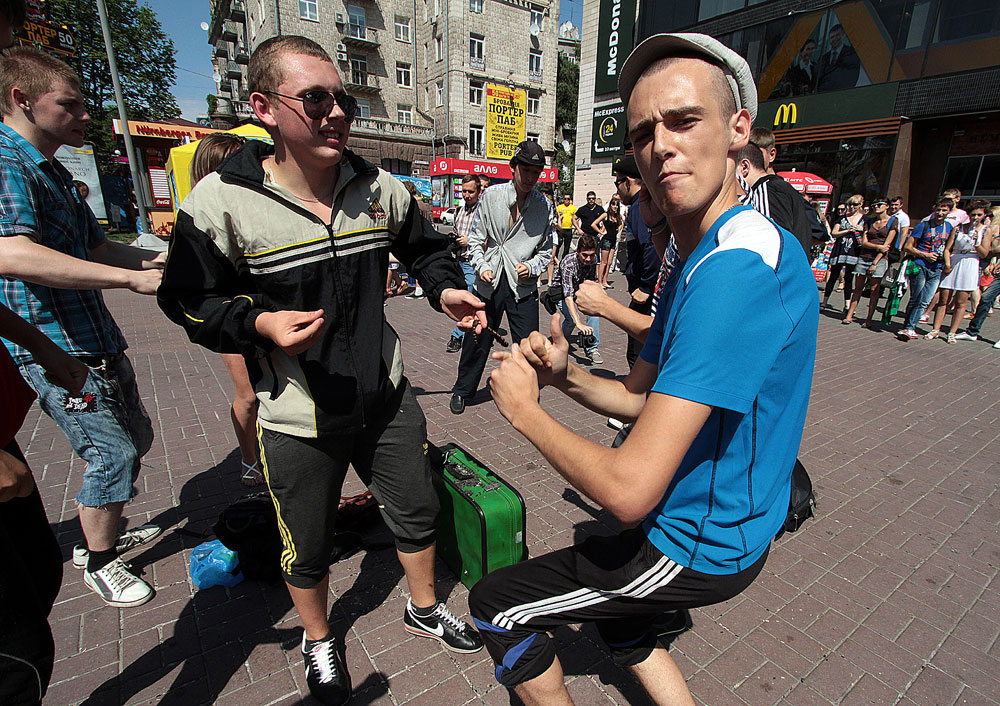 In recent years, the classic image of the gopnik has been ridiculed in numerous movies and TV series, so much so that they have become something of a parody and lost their former popularity, even in the petty crime world. Now the word “gopnik” in Russian speech often no longer means a young robber, but rather an aggressive person who vents their anger on the weak.

No one knows when the first gopniks appeared, or even the word used to describe them. According to one version, the first gopnik appeared in the Russian Empire when shelters were set up for street children and adolescents involved in robbery and hooliganism (Gosudarstvyenniye Obshchestva Priyuta). 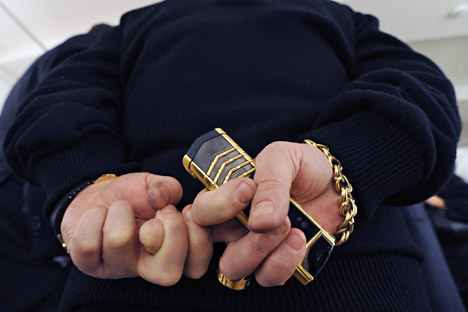 Another version states that petty criminals became known as gopniks because the expression gop-stop is criminal slang for a street robbery or mugging.

Even before their heyday in the 90s, there was a gopnik movement in the Soviet Union. Young men from working class areas rebelled against neformaly (non-conformists) and gladly fought people from punk movements, rappers and other lovers of Western music who became popular in the Soviet Union in the 1980s.

Throughout their history, gopniks have been opposed to everything out of the ordinary and new and have seen themselves as “normal lads.”

Sociologist Vera Gavrilyuk noted that this behavior remains the same to this day. In her opinion, gopniks, who claim to be ordinary citizens, are nothing but illiterate and somewhat antisocial members of the public.

“The concept of their worldview is to refuse all cultural values such as education, tolerance, labor, and aspirations for self-improvement,” she said.

Read more: What you need to know about safety in Russia>>>