First ever church of the Flying Spaghetti Monster opens in Russia 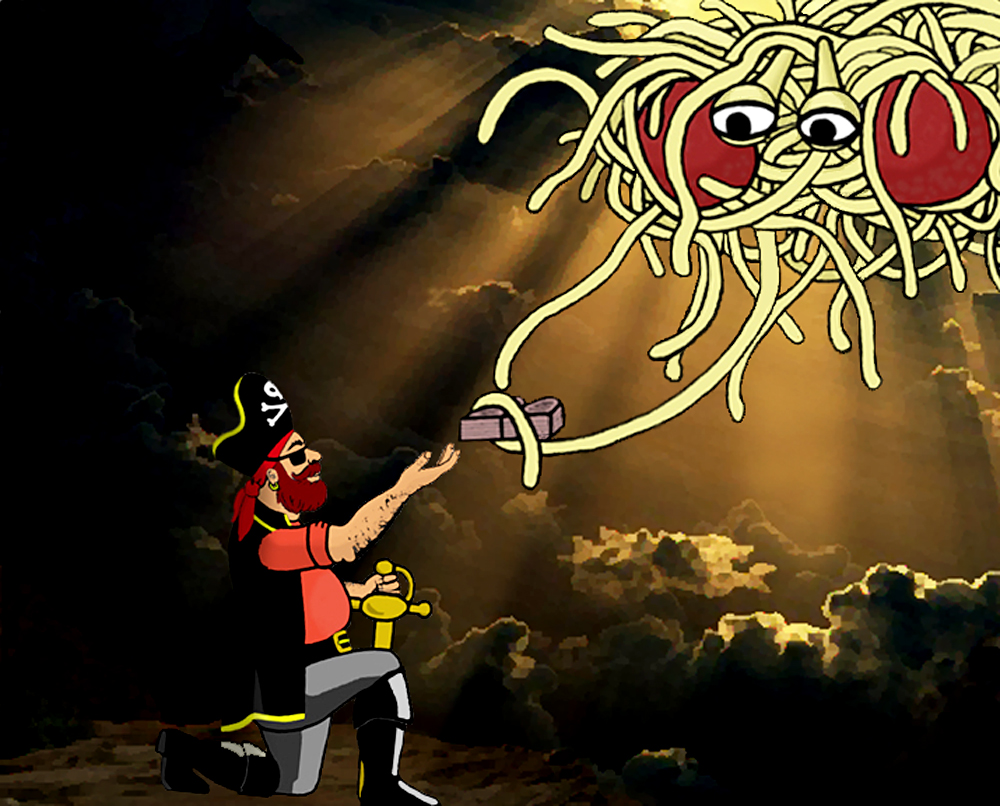 Osado/Wikipedia.org
Followers of “pastafarianism” now have a place of worship in Nizhny Novgorod, after the first Russian church of the Flying Spaghetti Monster opened its doors on March 25.

Pastafarians from Nizhny Novgorod intend to boost the numbers of tourists to the city with the help of Russia’s first ever Church of the Flying Spaghetti Monster, which opened its doors on March 25.

“We are open and invite all followers from other cities to be our guests. That’s why we think that our project will boost the tourist potential of Nizhny Novgorod,” said businessmen and community leader Mikhail Iosilevich at the opening ceremony in the city, 250 miles east of Moscow.

The leader of Nizhny Novgorod’s pastafarians and the founder of the church, Mikhail Iosilevich said their church would gather together poets, musicians, public figures, ecological activists and many others.

According to his data there are 500-1,000 pastafarians in Nizhny Novgorod.

Iosilevich stressed that the three principles of pastafarianism are freedom of choice, self-irony and critical analysis.

"Pastafarianism is not engaged in a struggle with anything. The purpose and mission of this religion is to make people look inside themselves," he said, adding that according to the religion, Fridays are days of rest, when followers should drink a lot of beer and eat pasta.

Russian Pastafarian gets driver’s license photo with colander on head

Earlier this year Russian pastafarian Andrei Filin became the first person in Russia to get his driver’s license wearing a knitted colander in the photo.

Pastafarianism is a so-called parody religion that emerged in the United States after physics graduate Bobby Henderson protested against the Kansas State Board of Education’s decision to allow the teaching of intelligent design as an alternative to evolution in science classes.

According to Pastafarians the world was created by the Flying Spaghetti Monster. With millions, if not thousands, of devout worshipers, the Church of the FSM is widely considered a legitimate religion.