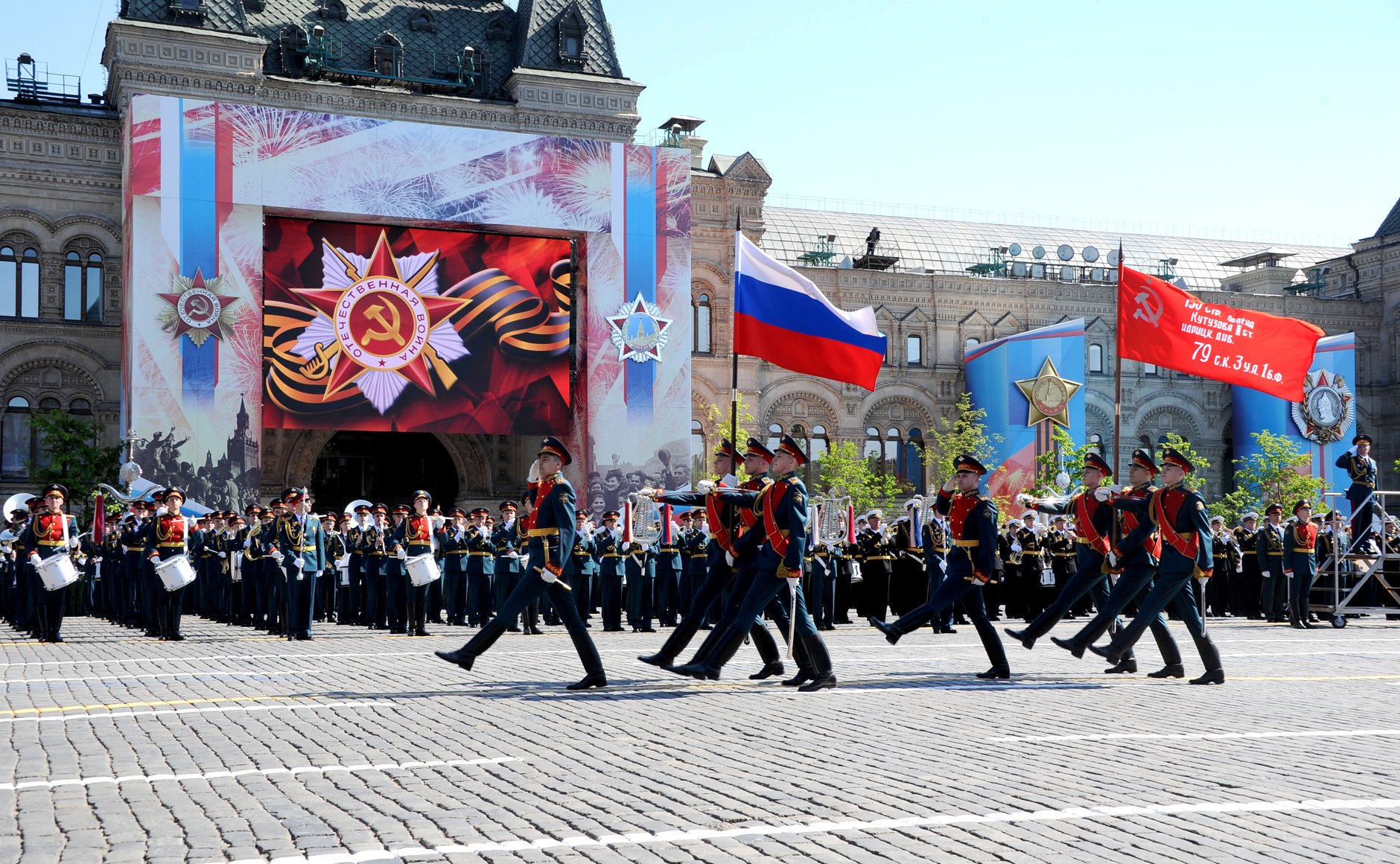 The Victory Parade in Moscow.

Kremlin.ru
A military parade held in Moscow on May 9

A military parade dedicated to the 71st anniversary of the victory in 1941–1945 Great Patriotic War took place on Moscow's Red Square on May 9.

Russian Supreme Commander-in-Chief, President Vladimir Putin announced a minute of silence and made an address on the occasion of the 71st anniversary of the Victory in Great Patriotic War. Kazakh President Nursultan Nazarbayev and Russian Prime Minister Dmitry Medvedev also attended the parade.

Traditionally, the parade was started by drummers from the Moscow Military Music School, whose students opened the legendary Victory Parade in 1945. A combined thousand-trumpet orchestra of the Moscow garrison played at the parade.

Parade formations from all arms and branches of the Russian Armed Forces and law enforcement agency marched across the main square of the country.

T-34, the main tank of the Soviet army in the period from 1942 till 1947, headed the armor column. For the first time, the parade featured Tigr modernized armored vehicles.

A combined group of female servicemen from the Russian Defense Ministry's Military University and the Volsk High Rear Military School (branch) of the Gen. of the Army Khrulyov Military Academy marched across Red Square for the first time.

Officers, sergeants and soldiers from military formations, Suvorov and Nakhimov military schools, military units, and cadets from education establishments of the Defense Ministry and other law enforcement agencies marched within parade formations.

In all, 71 aircraft flew over Red Square, equal to the number of years which had passed since the end of WWII.

They'll never die: WWII and the eternal legacy of our grandfathers>>>