They can bust a move: Russian politicians on the dance floor 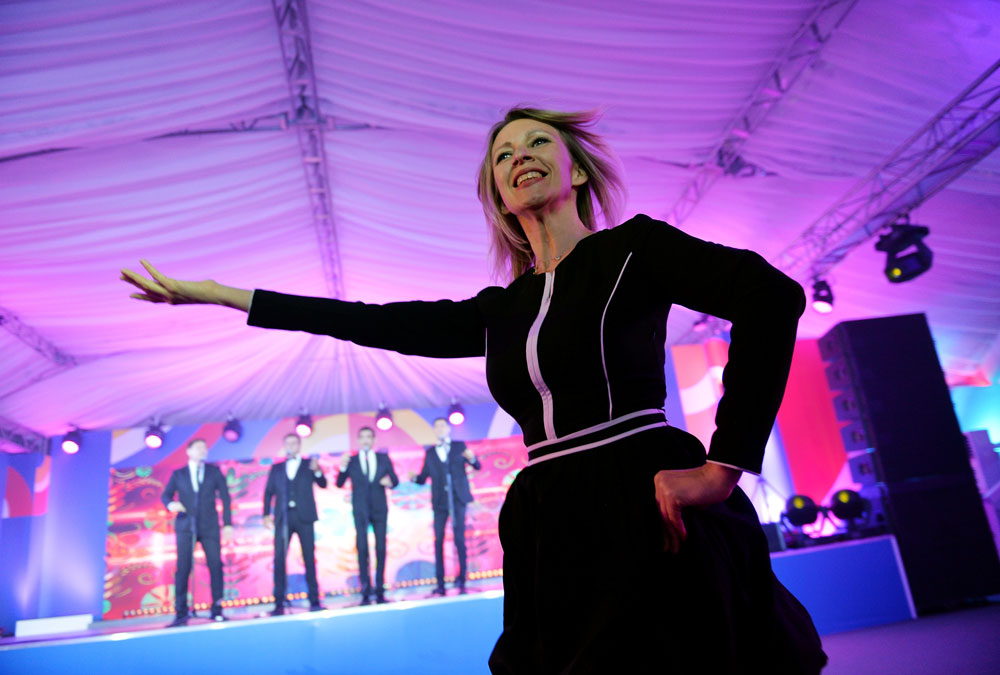 Russian Foreign Ministry spokeswoman Maria Zakharova dances during the reception in honour of heads of the delegations at the Russia-ASEAN summit in Sochi.

Reuters
Foreign Ministry Spokeswoman Maria Zakharova is not the only Russian politico that loves to dance. It is simply too difficult to restrain many Russian politicians from what seems to be their favorite extracurricular activity. RBTH presents a collection of clips where you can learn a few moves from some of Russia’s most famous political feet.

On May 19, 2016 Russian Foreign Ministry Spokeswoman Maria Zakharova performed the Russian folk dance "Kalinka" at the reception of the Russian-ASEAN summit in Sochi.

But she is not the only one that loves to dance. Many Russian politicians get weak in the knees when it comes to lighting up the dance floor. Here, for example, Dmitry Medvedev dances during a class reunion to the 1990 song "American Boy," by the group Kombinatsiya.

First Russian president Boris Yeltsin also loved to hit the dance floor. Here he is twisting at a concert in support of his 1996 presidential campaign.

“Lezginka” (usually referred to as Lezgian in English) is another favorite dance of Russian politicians. Here the head of the Chechen Republic Ramzan Kadyrov holds a master class.

The scandalous leader of the Liberal Democratic Party of Russia Vladimir Zhirinovsky is also fond of the Lezginka dance.

And First Deputy Chairman of the Federation Council Nikolai Fyodorov has a few moves up his sleeves as well.