The Georgian on their mind: Why Russians still approve of Stalin 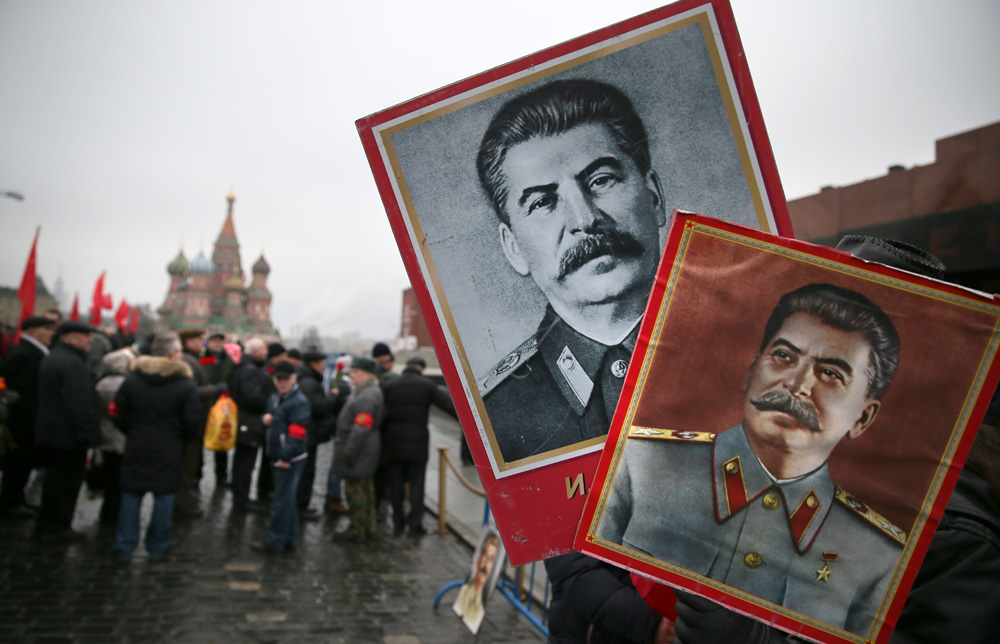 A man holds portraits of Josef Stalin before laying flowers at the grave of the late Soviet leader during a ceremony to mark the 61th anniversary of Stalin's death in the Red Square in Moscow, March 5, 2014.

EPA
Public opinion surveys show that today support for Stalin in Russia is the highest it has been since the fall of the Soviet Union. More than half of Russians believe that he played a positive role in the history of the country and the Communist Party is even planning to use the image of the Soviet leader in the next parliamentary elections.

By the time Joseph Stalin, one of the most controversial leaders in the USSR and Russian – and world –history, died in 1953, for the Soviet people he had become a sort of god. Thanks to universal propaganda and an all-pervasive cult of personality Stalin was adored all over the USSR. Monuments were erected in his honor, songs were written about him and cities were named after him.

After his death Stalin's personality cult quickly shattered. The new leader Nikita Khrushchev condemned Stalin's repressions, which had resulted in the deaths of millions of innocent people. Khrushchev began his de-Stalinization campaign: The monuments were taken down and officials no longer mentioned his name.

During perestroika and after the fall of the USSR the silence turned to criticism. "Stalin's fault before the party and the people for having carried out mass repressions and allowed the reign of lawlessness is enormous and unpardonable," said Mikhail Gorbachev in a 1987 report. The post-Soviet leaders also condemned Stalin's crimes on many occasions.

Nevertheless, new monuments are being raised to Stalin in the 21st century. Usually these are small busts sponsored by the Communist Party. Since 2012 in several Russian towns activists have been pasting portraits of Stalin on "Stalin buses." In Penza (400 miles southeast of Moscow) the communists have opened a little Stalin Center, similar to the Yeltsin Center in Yekaterinburg, and named 2016 the year of Stalin. 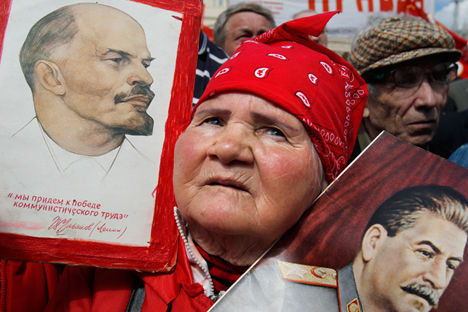 The communists' initiatives are met with understanding. A Levada Center survey conducted in 2016 showed that 54 percent of Russians believe that Stalin played a positive role in the history of the country, which is the highest percentage since the establishment of the survey in 2003.

Alexei Makarkin, vice president of the Center for Political Technologies, believes that de-Stalinization did not work since it is associated with a period of failures and misfortunes.

The image of the victor

Makarkin notes that the main component of Stalin's popularity is the USSR's victory in WWII: "Stalin was the commander-in-chief. In Russian society the cult of victory is very strong and in the consciousness of the majority you cannot ignore the role of he who led the army," he said.

According to Makarkin, people also attribute many other successful enterprises during the Stalin era to the leader himself.

"In the minds of the Stalinists it was he who industrialized the country, built the factories, annexed new territories. Currently, it is the pragmatic approach to history that dominates in Russia, not the moral one. If you increase the country's territory, you are a successful leader," he said.

Stalin as a neighbor?

Valery Solovei, a political analyst and professor at the Moscow State Institute of International Relations, is convinced that "when people say that they like Stalin, this does not at all mean that they would like to live under his rule. Everyone wants Stalin for his or her neighbor, but not for himself." 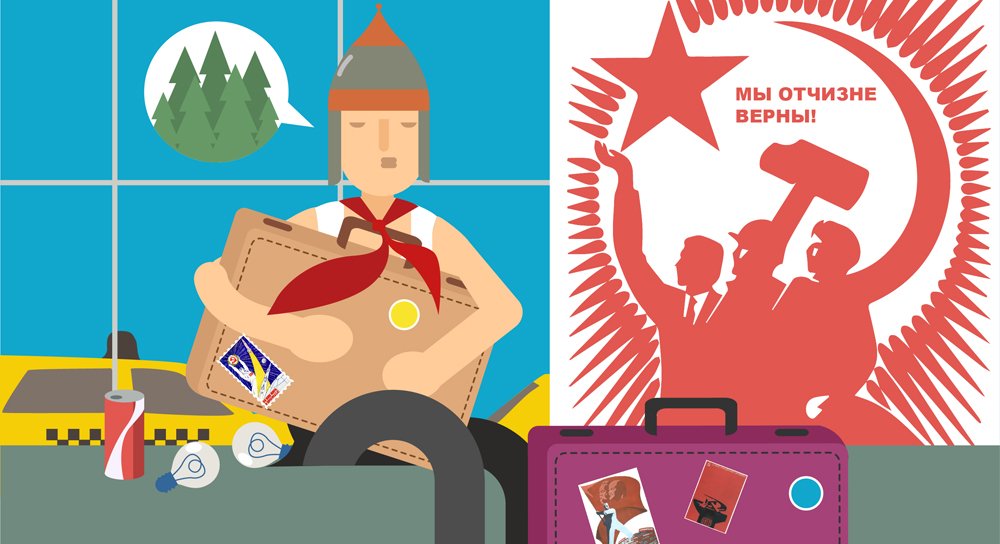 Statistics confirm Solovei's words. Levada's survey showed that despite the large number of Stalin sympathizers, only 23 percent of Russians would personally like to live and work under such leadership.

Modern Russian Stalinism, experts believe, is in many ways a form of protest.

"The image of Stalin is one of a leader who is modest in life, walking around ‘in one overcoat.’ With the corrupt elite everywhere many people see Stalin as an example of honesty," added Makarkin. Solovei agrees: "The expression of one's love for Stalin is a symbolic protest, the desire for a strong arm that will create order."

A banner for the Communists

In September, Russia will hold elections to the lower house of parliament, the State Duma. Representatives of the Communist Party (the second largest in parliament) have already announced that they intend to use Stalin's image in the elections in order to "attract additional votes."

Experts say this move has a lot of potential: Those who have nostalgia for the USSR will be happy.

"The Russian Communist Party's electorate is positively inclined to Stalin," said Makarkin. "This can have an effect on them, it can mobilize them."

For the liberally minded part of society Stalin is a grim figure, the architect of repressions in which anything from (according to the Memorial Human Rights Organization) 11 to 39 million people died. The communists' statement has already been met with indignation but, in Solovei's view, the scandal only plays into the communists' hands.

"Stalin will add votes, sympathy and recognition," Solovei told RBTH. "And those who are against Stalin don't vote for the Communist Party anyway. That is why the party won't lose any votes."

The only impediment that the communists may encounter is the bill being promoted by the Liberal Democratic Party of Russia (LDPR) aiming to ban the use of images of the dead during election campaigns. According to LDPR parliamentarians, the bill is not related to the Communist Party's initiative. But if it is adopted, the communists will have to do without their dead leader in the 2016 parliamentary elections.

Following Stalin: The mysteries of an opulent palace in Crimea>>>>