The Egyptian Putin: The foreigners named after Russian politicians 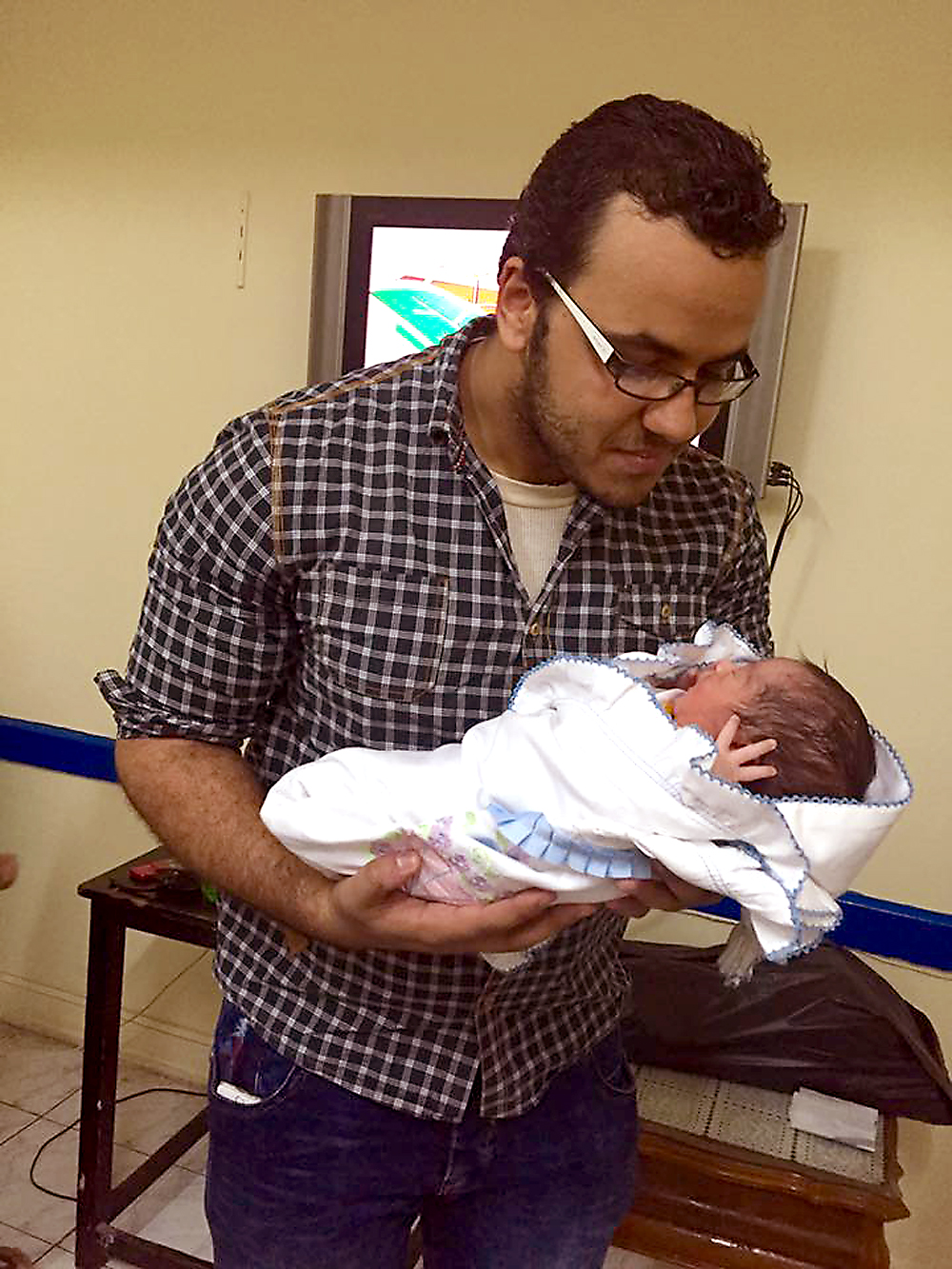 Personal archive
An Egyptian journalist and translator has named his newborn son in honor of the president of Russia. This is not the first such case: There are Lenins and Yeltsins living outside Russia, men whose parents admired their Soviet and Russian namesakes.

For Mo'men Mokhtar, a journalist and translator for the Egyptian newspaper Youm 7, Russia is hardly a foreign country He is a frequent sight in Moscow, and his Facebook page features, among other things, congratulations on Victory Day in World War II and posts with the words "Glory to Russia!" and "President Putin is my best friend!" (a quote from a track by Russian rapper Timati).

It is in honor of this "best friend" that Mokhtar has named his newborn son.

"Allah has given me a son – his name is Putin Mokhtar," the journalist wrote on his page alongside a photo of his firstborn child. To the question "Why Putin, rather than Vladimir?" Mokhtar Sr. flatly replied that there were hundreds of Vladimirs, but only one Putin.

There have been occasions in Egypt when politics have influenced parents’ choice of name for their newborns; during the revolution of 2011, a young man named his daughter Facebook in honor of the social network where protesters were coordinating their actions.

But the tradition of naming children after politicians is more widespread in Latin America. Communist ideas became popular there in the 20th century and some parents named their newborns in honor of the Soviet leaders.

The most popular, of course, was Lenin. Venezuelan Marxist Jose Ramirez was so devoted to the ideas of Leninism that he named his three sons Vladimir, Ilich and Lenin – after the first name, patronymic and surname of the Soviet leader.

His middle son, Ilich Ramirez Sanchez, adopted a radical version of his father's ideas. In 1968-1970, he studied at the Peoples' Friendship University of Russia, but dropped out for the sake of international terrorism.

This is a May 1996 photo of Ilich Ramirez Sanchez, which Ramirez sent from his prison in Paris, France, to his family in Venezuela. The inscription at the bottom of the Polaroid reads, "What a delicious Cohiba" and is signed Ilich. Source: AP

Ilich, better known by his nickname Carlos the Jackal, committed terrorist acts with Palestinian militants and terrorists from the radical left-wing Red Brigades.

By his own account, 1,500 to 2,000 people became victims of his terrorist attacks. For many years, Lenin's namesake was one of the world's most wanted criminals until he was caught in 1994. He is now serving a life sentence in a French prison.

The Jackal remained a lifelong ideological communist, but he was not affiliated directly to the Soviet Union. However, according to British newspaper The Independent, Ilyich may have coordinated his actions with the KGB through the East German Stasi intelligence service.

Lenin in a wheelchair

Unlike Carlos the Jackal, another Latino-socialist named after the Russian revolutionary is known not for murders, but for his good deeds. After a gunman shot Ecuadorian lawyer Lenin Moreno in 1998, Lenin was completely paralyzed and suffered unbearable pain. Moreno himself developed the treatment and defeated pain with the help of laughter therapy.

Lenin Moreno uses a wheelchair, but that did not stop him from writing several books about a treatment based on humor and laughter, winning the love of the people and becoming a vice-president of Ecuador in 2007 (he remained in office until 2013). Lenin seriously improved the situation of the disabled in Ecuador, having increased social spending. In 2012, he was nominated for the Nobel Peace Prize.

Footballer Yeltsin Tejeda's mother heard the last name of the first Russian president on television in 1992 so often that she decided to name her son after him. In Costa Rica's national team, Yeltsin goes by the logical nickname of El Ruso (Russian).

Tejeda played all the championship games for Costa Rica, and every time he was substituted, Russian commentators would joke: "Yeltsin is tired, he is leaving" (With these words, the president resigned on Dec. 31, 1999).

After the 2014 World Cup, Ural, a football club from Yekaterinburg, Boris Yeltsin's hometown, wanted to buy Tejeda, but he turned out to be too expensive.

Lost and forgotten: The northernmost Lenin statue in the world>>>