Why are the majority of Russian judges female? 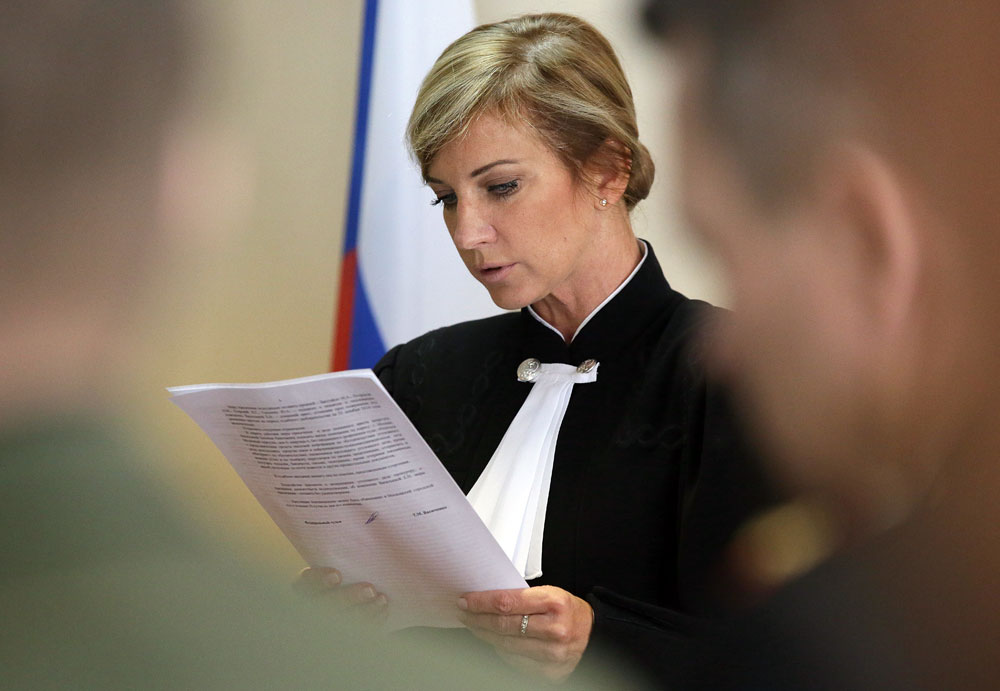 Statistics suggest that the higher the court, the fewer the number of female judges there.

Artyom Geodakyan / TASS
In Russia, women make up about two thirds of judges – a level of representation 2.5 times the world average. Tempted by the great opportunities and lucrative retirement options a judge's job entails, young women lawyers flock to courts, accepting the inevitability of having to spend several years working hard for a meager salary.

Each day, Yelena Ivanova (name changed at the request of the interviewee), a judge at one of Moscow's district courts, wakes up at 6:30 a.m. to navigate through the capital's notoriously heavy traffic and make it to work in time. It is there that she spends most of her waking hours: The court closes at 6:00 p.m., but the workload is always heavy, and she often has to do overtime.

“Sometimes, I feel like I'm drowning in paper,” said Ivanova. Hardly a surprise: She has to examine 20 to 30 cases daily.

Ivanova says both her subordinates – a court clerk and an assistant judge – are women, as are a lot of her fellow judges. Recent research confirms that women's representation in Russian courts is indeed significant: According to a 2014 study by the Institute for the Rule of Law (IPP) at the European University in St. Petersburg, 64.7 percent of Russian judges are female.

This is much higher than the world average: According to the International Lawyers Association, the average percentage of women in a national judicial system is 25 percent.

The authors of the study note that other former members of the eastern bloc also have an above-average number of female judges.

“Courts have never been seen as an important conflict resolution tool in communist countries. A lot of issues were resolved via other institutions within the ruling party,” said sociologist Kirill Titayev, one of the researchers behind the study. “Thus, ambitious young men chose to become party officials or prosecutors.”

Who says women canu2019t defuse a mine?

When, during the 1990s, the salaries of court staff, which used to be relatively high in Soviet times, were all but annihilated by the raging inflation, a lot of male judges left in search of higher paying jobs. In contrast, most women chose to keep their poorly-paid positions for the stability. In the mid-2000s, their patience was finally rewarded: The government indexed their wages, and their income went up.

“In any country, a judge's income is higher than the national average,” said Kirill Titayev. However, he added, members of the court staff, unlike their foreign counterparts, do get the short end of the stick.

“The average salary of a court clerk is about 17,000 rubles ($261), a meager amount. The income of court administrators in Europe tends to be above average,” he said.

According to the data collected by the IPP, most judges are former members of the court staff, since passing the qualifying exam is much easier for those with five to seven years of hands-on experience under their belt.

This road to judgedom is usually taken by women: Only 17 percent of judges who got their positions after having worked in the court staff are men. Repetitive but non-physical activities are generally regarded in the fairly patriarchal Russian business culture as “women's work” – the more paperwork a given job implies, the more likely is it to be given to a woman.

Moreover, active female judges trust their female employees and often take them under their wing. So years and years of hard, underpaid work eventually pay off: When choosing people for promotion, a chairman of the court tends to favor young female members of the court staff who have proven themselves to be good workers.

“Certainly, if it is someone who I've been working with for many years, and if I know this person won't let me down, I'll give her my recommendations should she want to become a judge,” said Yelena Ivanova.

“Court staff endure many years of working hard for a pittance so that they can eventually get a judge's salary and great retirement plans,” said Kirill Titayev.

Once in office, a Russian judge is taken care of by the state for the rest of their life: After 20 years of service, they can retire and get a pension equal to the current average salary of a judge of the same rank.

So the main reason female judges dominate Russian courts is the fact that men are not willing to wait for a promotion for many years, or to do hard unrewarding work.

Nevertheless, statistics suggest that the higher the court, the fewer the number of female judges there: For instance, most of the judges of the Supreme Court of Russia are male.

“Men do tend to climb higher than women, to the point where we can actually call it discrimination of women,” said Kirill Titayev, insisting that in Western societies this is also a general trend.

Read more: How did Russian women win the right to vote?