Russia's extreme barber trims his way around the world 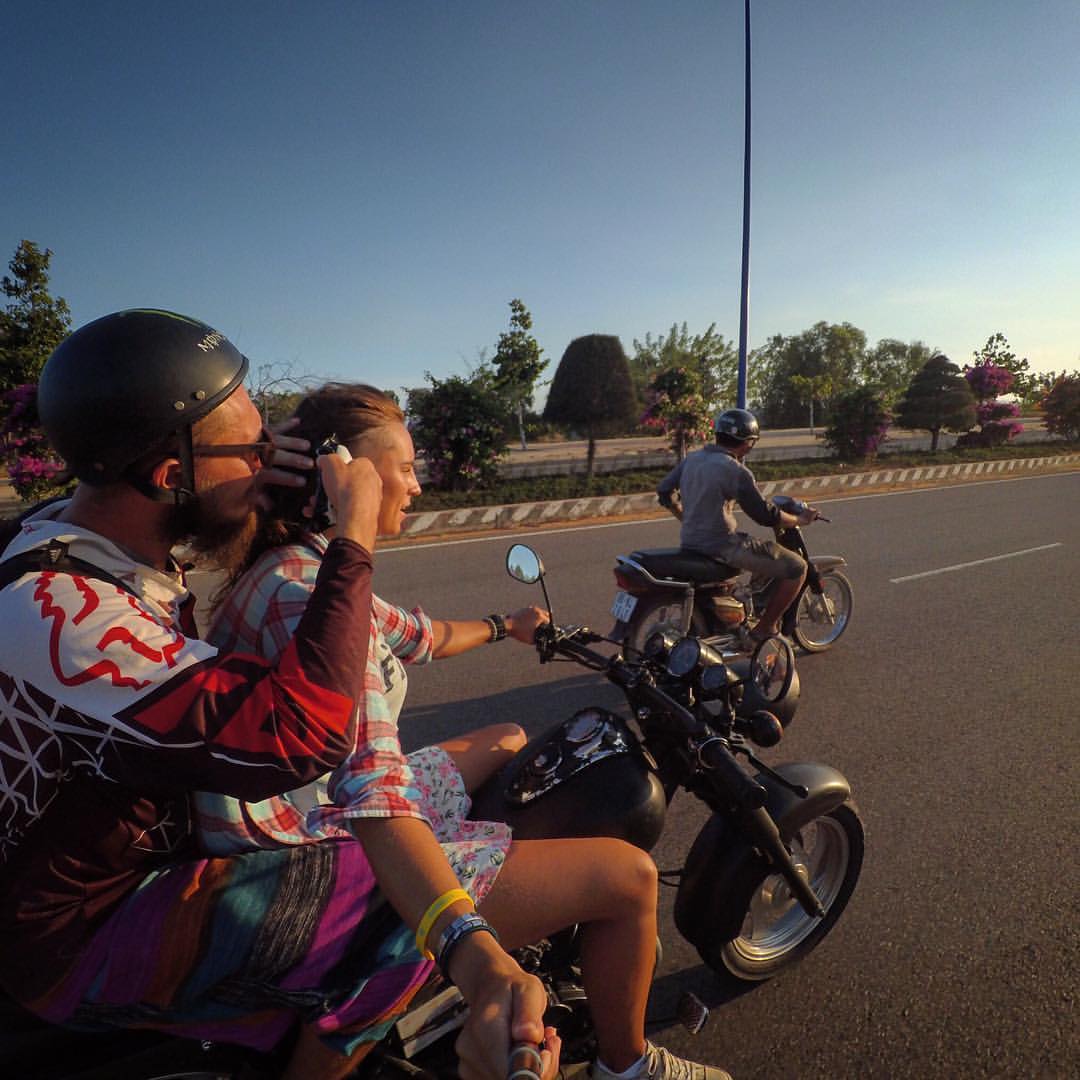 Personal archive
An itinerant barber travels the world, cutting hair everywhere, even on a volcano and underwater.

Imagine you're walking down a street and suddenly you hear tires screeching and a motorcycle stops right in front of you. A bearded biker turns off his engine, rummages his pocket, takes out a sharp razor and with a kind smile offers to cut your hair. Don't be afraid; this is not a robbery. It's Denis Yushin, Russia's famous globetrotting "moto-barber."

"I do this because I like it," Yushin said unapologetically. Once an engineer and architect, he has searched for himself in various fields: painting, archeology, and sports. Finally, he decided to become a barber and started working in nightclubs with a flamboyant show --- he cut hair with an ax and bottle fragments. Now, Yushin plans to travel the world and to cut people's hair in each country, often using traditional instruments.

Unlike Jules Verne's protagonist, Phileas Fogg, Yushin won't limit himself to 80 days and he doesn't spend much time planning his around-the-world journey. On the contrary, often he does not know where he'll be on any given day. "Life has a way of frustrating your plans, so it's foolish to plan ahead," Yushin commented fatalistically.

In Russia Yushin rides his motorcycle and services anyone who wants his or her hair cut. He has no fixed price, and the clients give as much as they wish. If someone pays with food or gas, the moto-barber does not mind. To reach faraway countries, Yushin takes a plane, but soon after arrival he finds himself a set of wheels.

Clients are not generous everywhere and sometimes the moto-barber goes without food. Yushin deliberately takes little money with him in order to live on the edge and keep his adrenaline pumping. In Vietnam he slept in a hammock, which turned out for the best.

"After a week I didn't even want to sleep inside,'' remembered Yushin. ``Falling asleep amidst palm trees is an incredible sensation."

Cuts hair in any weather

Even though the moto-barber now cuts hair with a normal razor and not an ax, his work remains extreme. Instead, he cuts hair in unusual and often extreme conditions, and has already serviced clients in all the four elements.

On Earth? Of course!

Even in water? Sure. He's done it in the rain, on a surfboard, and even in the ocean in diving gear. This last one was probably the most difficult. The ocean current constantly pushed him aside, and the water tussled the client's hair. And when Yushin finally got the hang of it, he didn't want to get out of the water. "The client was signaling that he's got little air left, but I insisted that we can't go to the surface just yet; we can't just stop in the middle of the haircut," Yushin remembered with a smile.

While Yushin still hasn't worked in a fire, he did cut a girl's hair while she sat on the edge of a volcano crater in the Philippines, her legs dangling precariously over the edge.

Yushin has a particular relationship with air, and he cut one guy's hair while jumping on a trampoline. It sounds dangerous, and indeed there were consequences. The daring barber accidentally cut his client's arm and he was taken to the hospital where the doctors stitched him up. In the end, the client didn't complain and actually loved his haircut. Another time, the moto-barber even gave a mohawk to a client while paragliding.

The riskiest air adventure still lies ahead. Yushin wants to work his razor during a parachute free fall. So, if anyone wants to feel like a member of the elite airborne forces, the moto-barber can help. While one jump is not enough to become a paratrooper, at least Yushin can give you a soldier's crew cut and make you look tough.

Read more: Stylish haircuts for the homeless: before and after>>>