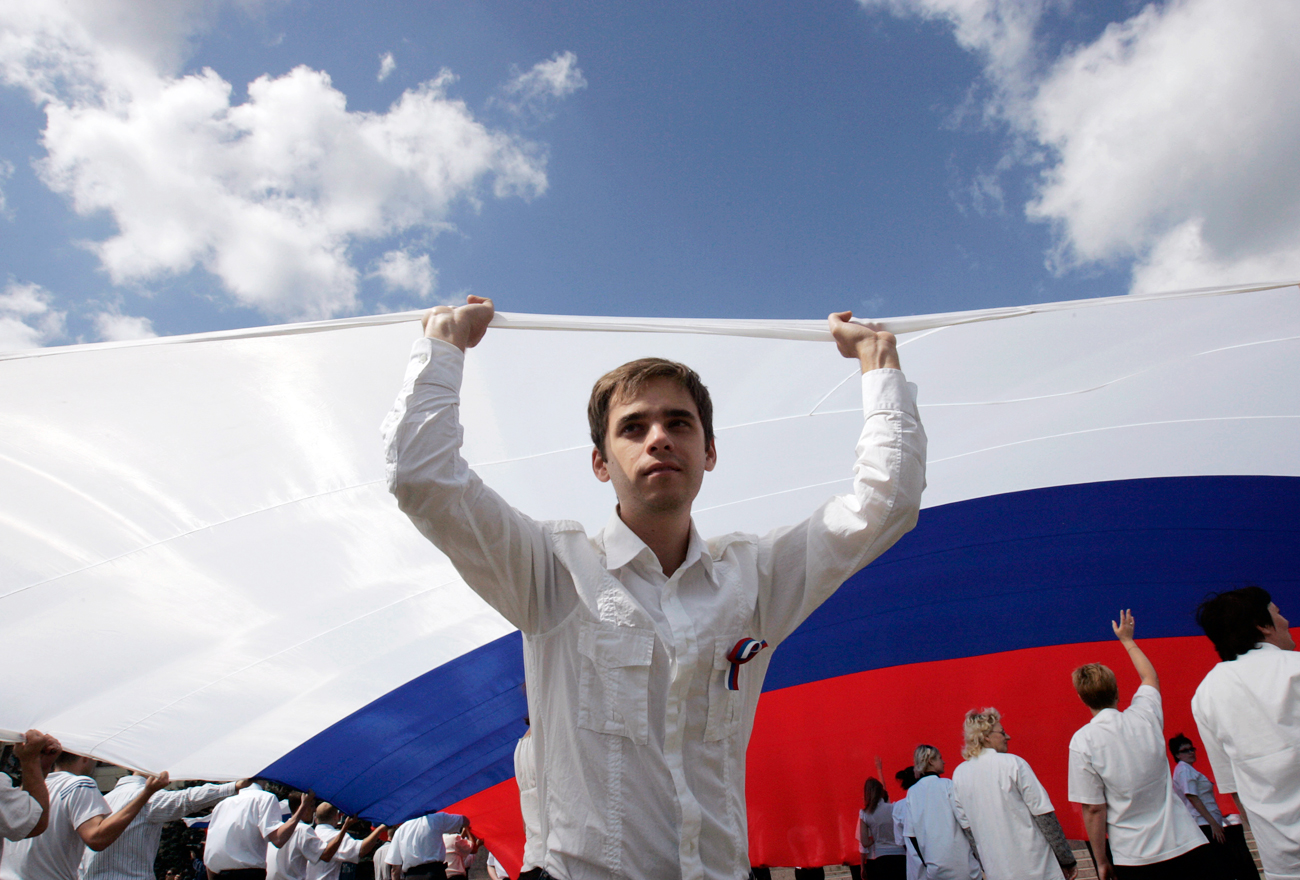 The idea of what constitutes a great power has changed in the last year. Many citizens have started prioritizing military strength. People hold a Russian national flag as they celebrate National Flag Day in the southern city of Stavropol.

Reuters
After asking Russians about their pride in their country, the Levada Center pollster has discovered a growth of militant attitudes in society and a readiness among citizens to assign civil rights and freedom secondary value.

Russians' pride in Russia in general and in contemporary Russia in particular greatly differs, according to a new survey prepared by the Levada Center, an independent research organization.

Both have significantly increased since March 2014, when Russia annexed Crimea, but pride in Russia regardless of the times is still the stronger of the two.

According to the poll, a total of 80 percent of Russians are proud of their country in general and this figure has practically remained unchanged in the 10 years of Levada surveys (2006-2016).

Who are Russiau2019s greatest enemies, according to Russians?

Russians' motives for feeling proud of their country have not changed in several years. The top reasons for pride are Russian history (44 percent), the abundance of natural resources (38 percent) and the armed forces (36 percent). Economy, education, the health system and their fellow citizens are not as important for the majority of Russians.

Pride in the country's athletic achievements and position in the global arena has fallen the most in the last year – the doping scandal involving Russian athletes and the tensions in relations with the West have taken their toll.

Additionally, a substantial part of the population is proud of Russia because of the size of the country – in one year the figure has increased from 9 to 21 percent. The authors of the survey believe that this shows "the importance of the territorial factor for the national identity of a significant number of Russians."

The idea of what constitutes a great power has changed in the last year. Many citizens have started prioritizing military strength (48 percent).

Although in 2015 respondents believed Russia to be a great power primarily because of the population's wellbeing and the country's economic potential, a year later the importance of these factors fell from 58 percent in 2015 to 39 percent in 2016.