Steppe, songs and wine – life for the Nekrasov Cossacks in Russia 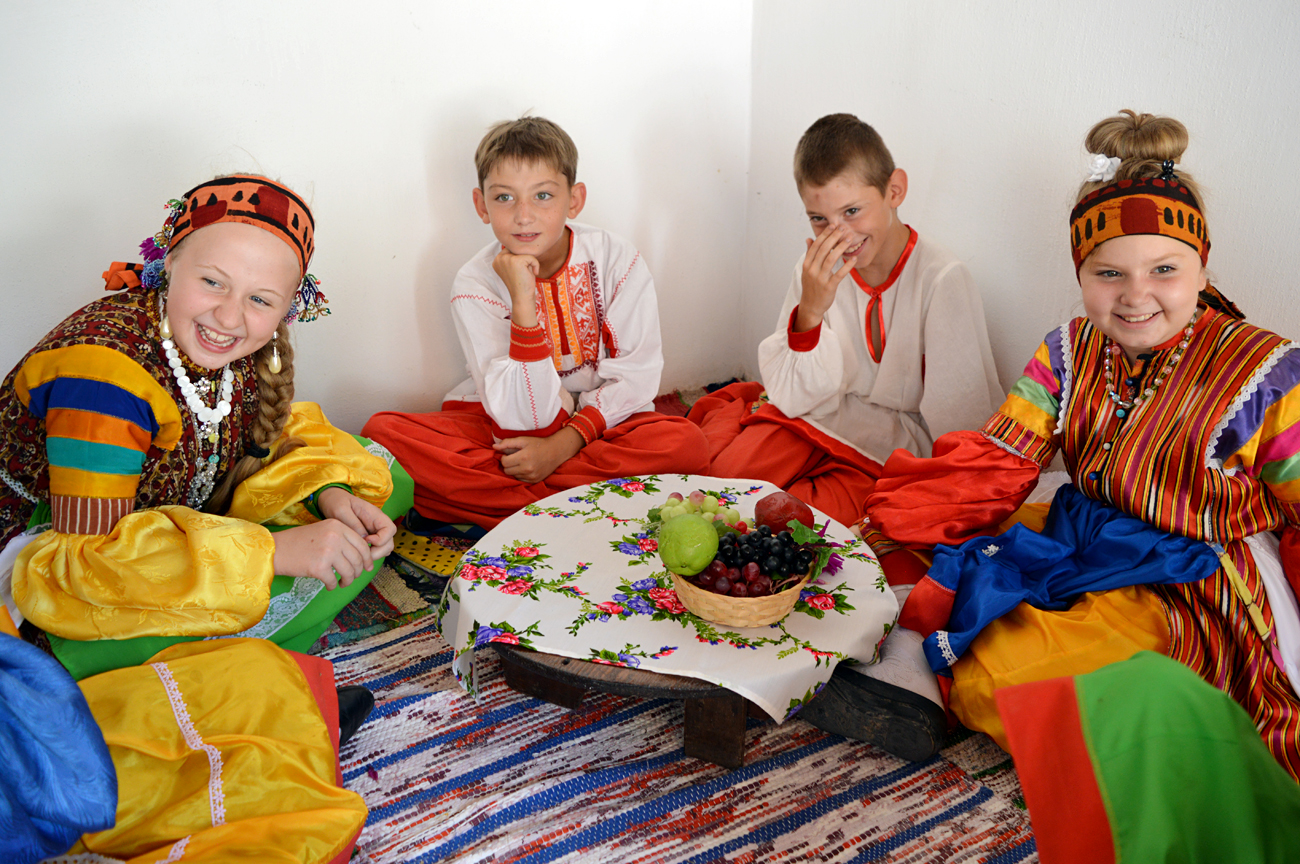 Descendants of the Cossack migrants.

Yekaterina Filippovich
The Nekrasov Cossacks have gone through exile, two centuries in Turkey and subsequent return to the sun-scorched land of Russia’s Caucasus region. But despite its troubled history, this people has managed to preserve its traditions and lifestyle.

In tsarist Russia those known as Cossacks were people who, in search of freedom and a better life, often fleeing the government, settled in the peripheries of the empire and not only had the opportunity to freely cultivate their land but had to protect themselves and the state's borders alone.

Originally Cossacks appeared on the territory of modern Ukraine and southern Russia, then in the Volga River region, the Urals, Siberia and the Far East. Scientists are still arguing whether Cossacks can be considered a separate ethnic group or it is only an ethnic and social group. 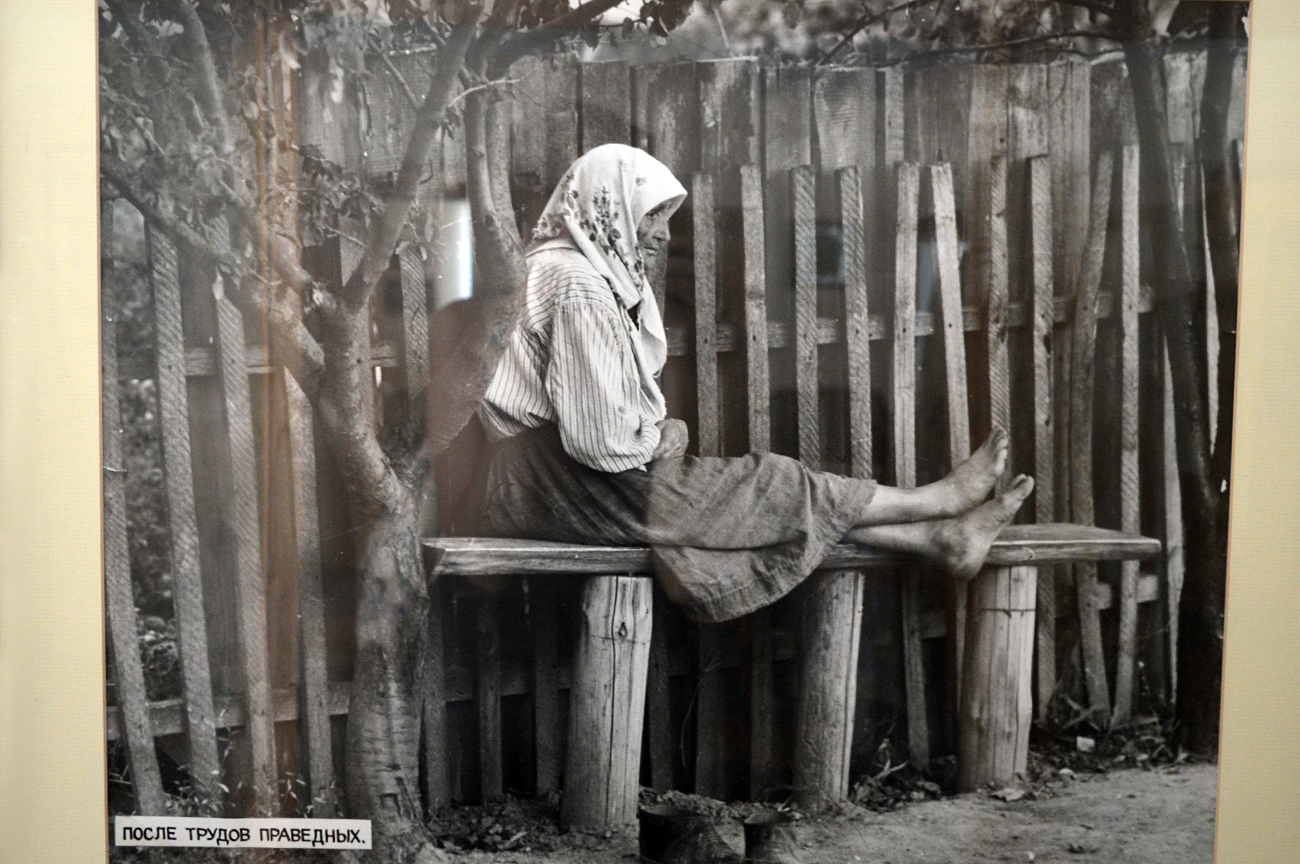 In modern Russia the Cossack ethnos has disappeared (except for separate enthusiasts in southern Russia who are trying to re-establish Cossack military traditions and similar elements from a former life). But if you see a real Cossack settlement in Russia today, it will be a community that emigrated abroad before the revolution and then returned (their culture has been more or less preserved).

The Nekrasov Cossacks, for example, are one such community (they took their name from their leader Ignat Nekrasov). Around 250 years ago Nekrasov led his people out of Russia to escape tsarist persecutions and settled the community in what is now Turkey (near Lake Manyas in the western region of Bandirma).

In 1962, 215 Cossack families returned to Russia. They settled in the Stavropol Territory, in the settlement of Novokumsky (870 miles south of Moscow). 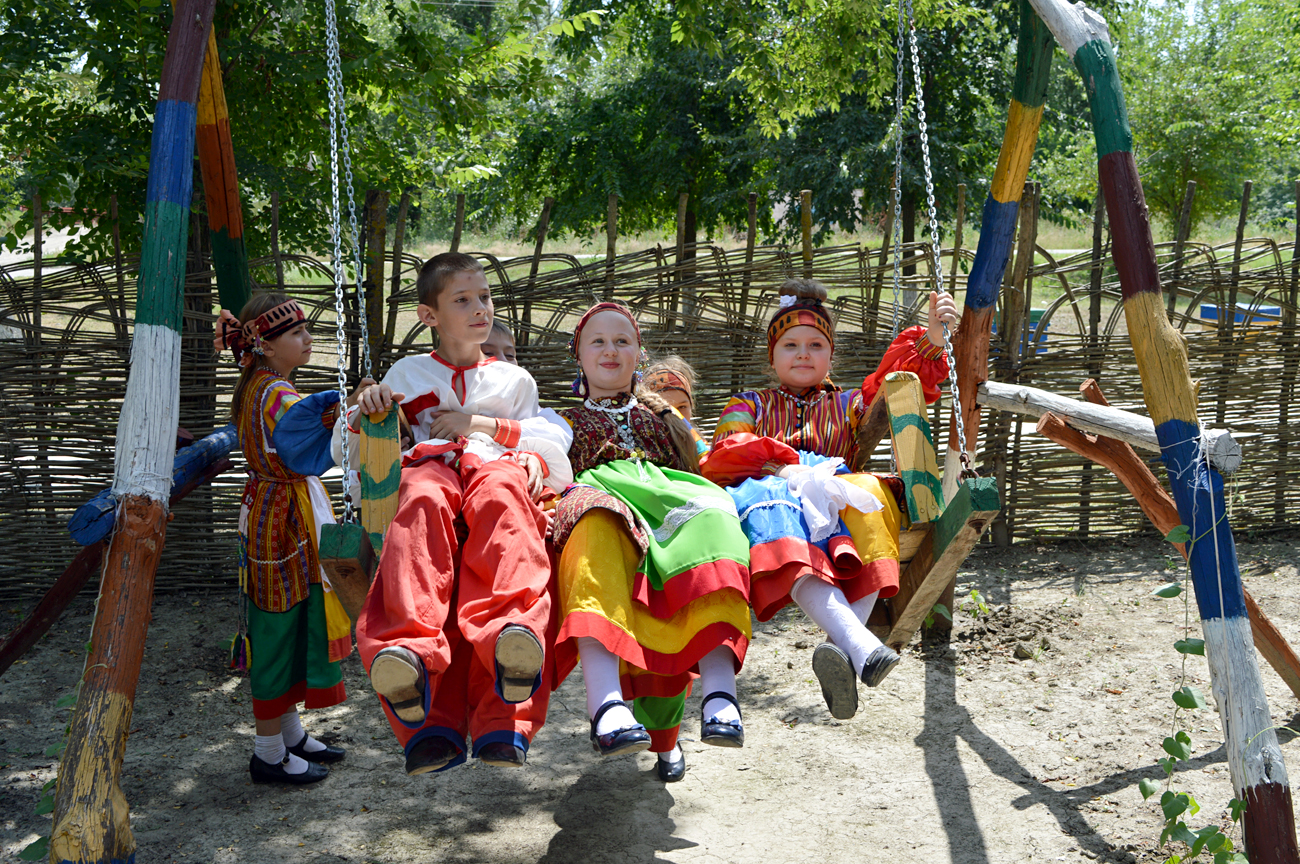 Lost somewhere in the steppe on the border with Russia’s southernmost republic, Dagestan, the village where the Nekrasov Cossacks live is so small that it cannot even be found on a map.

The road to Novokumsky in summer leads through parched fields and swarms of voracious locusts that destroy crops as instantaneously as piranhas can devour an animal carcass.

Despite the severe continental climate, grapes can be grown in the region – they are then used to make wine that tastes like the steppe summer. In fact, it was the first Nekrasov migrants who started cultivating the grapes, since in Soviet times the new farms lacked sufficient labor.

"In Turkey people would tear off our crosses…. We dreamt of returning to the Don, to the great waters. We were offered to resettle and they took us to the steppe where you can't find one little river," says Varvara Gorina, a Nekrasov Cossack who moved back to Russia with her husband and son at the age of 24. Now she is over eighty.

"It was terrible leaving. The cattle cried, the dogs were barking, the chickens were cackling, as if they all understood that we would never return to the farm,” says Gorina.

“We were very afraid that we would be forced to pay for the ferry ride. We didn’t have any money at all back then. When we arrived here, each family received a room and then they built houses for us."

The houses in the village are all the same. The sun-dried earthen roofs and the adobe walls that were characteristic of the Nekrasov Cossacks’ former homes were left behind in Turkey. 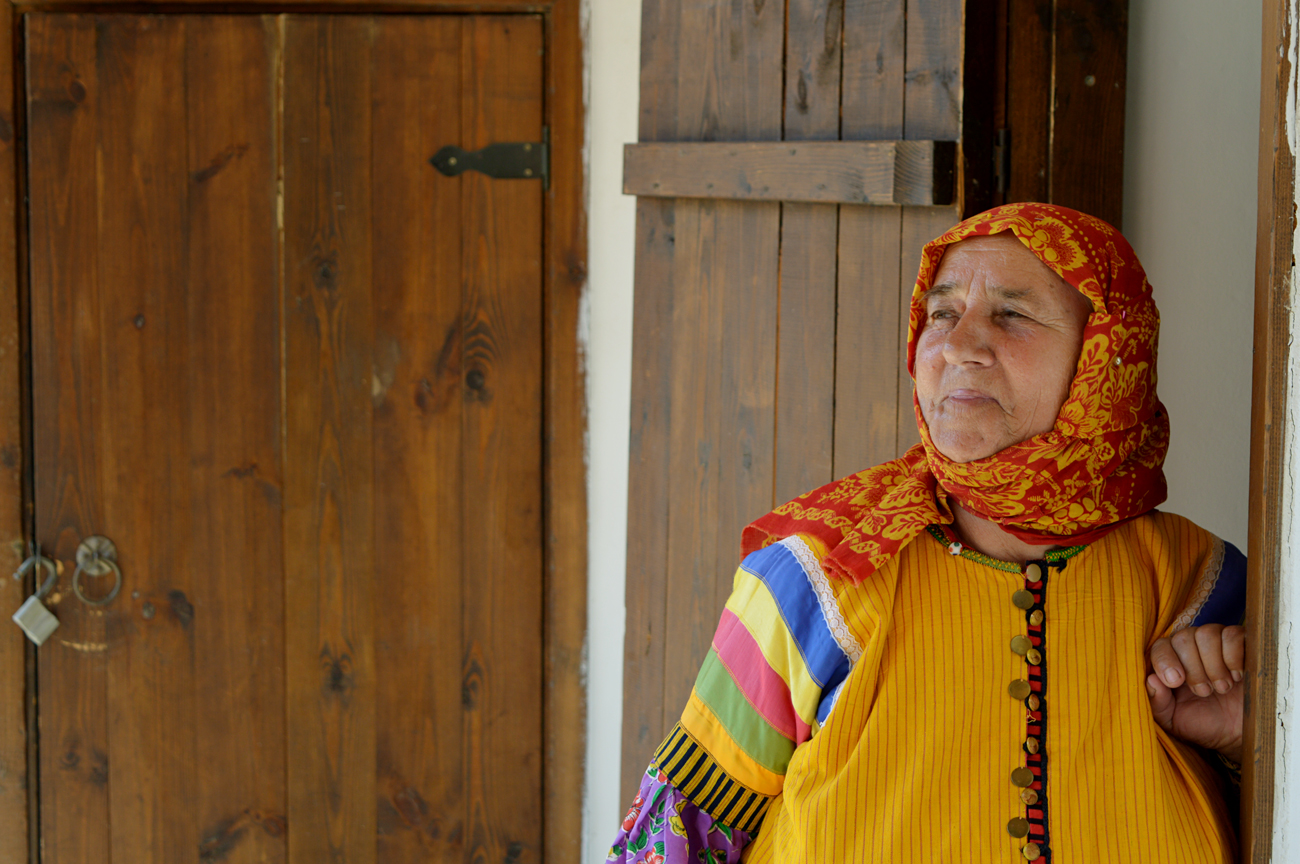 In her youth Varvara Gorina returned to Russia from Turkey. Source: Yekaterina Filippovich

Outside Russia the Nekrasov Cossacks lived a closed life, adhering to the testaments of the man who had brought them to a foreign land 250 years ago. The testaments were passed down orally; no one ever wrote them anywhere.

"We are illiterate, can't read. But we remembered that men could marry women only from the community so that the blood would not intermix," explains Gorina. "Probably that is how we survived." 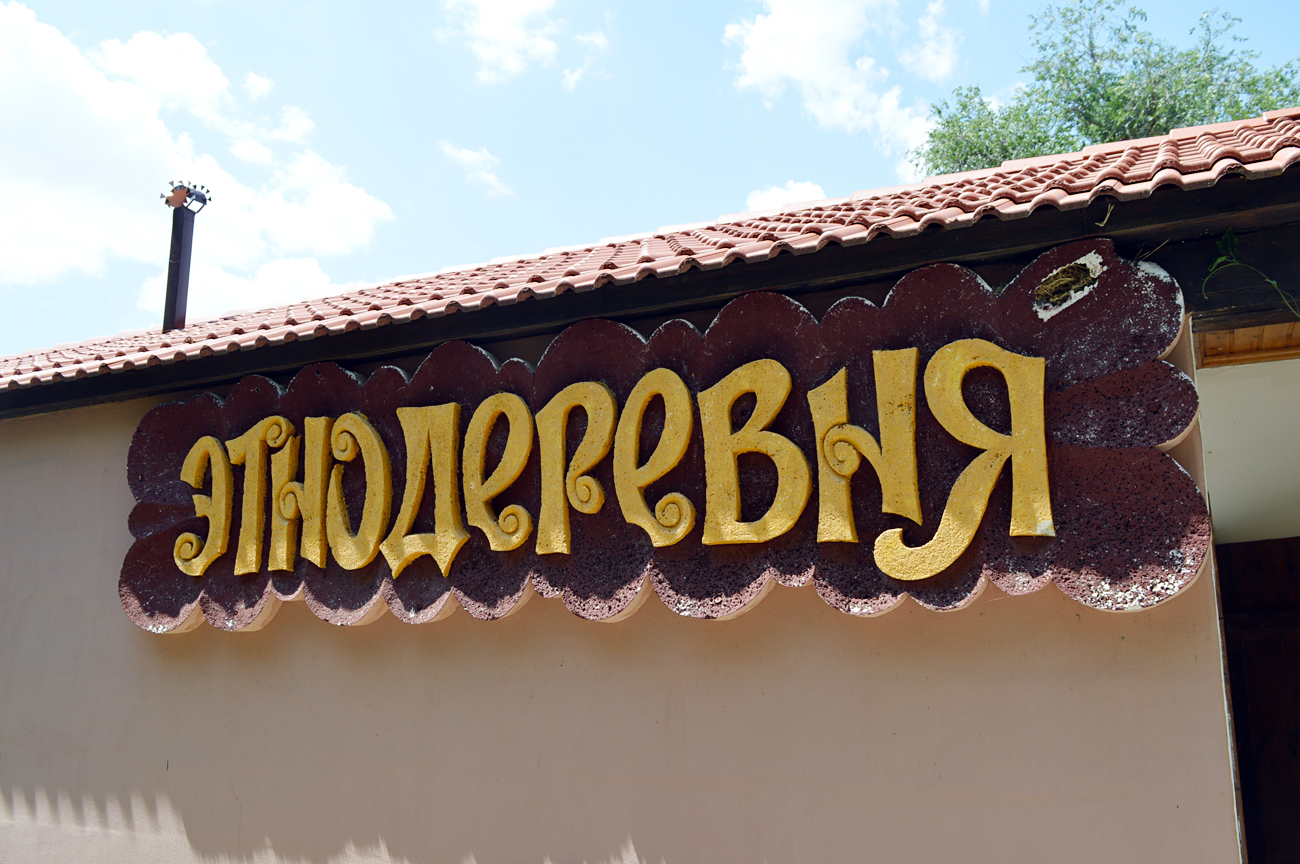 A sign near the entrance to the ethno-village. Source: Yekaterina Filippovich

Ethnographers believe that the Nekrasov Cossacks' original culture has been preserved thanks to their isolation. In 200 years a small people faraway from its motherland was able to protect its traditions in the form in which they had existed in tsarist Russia. 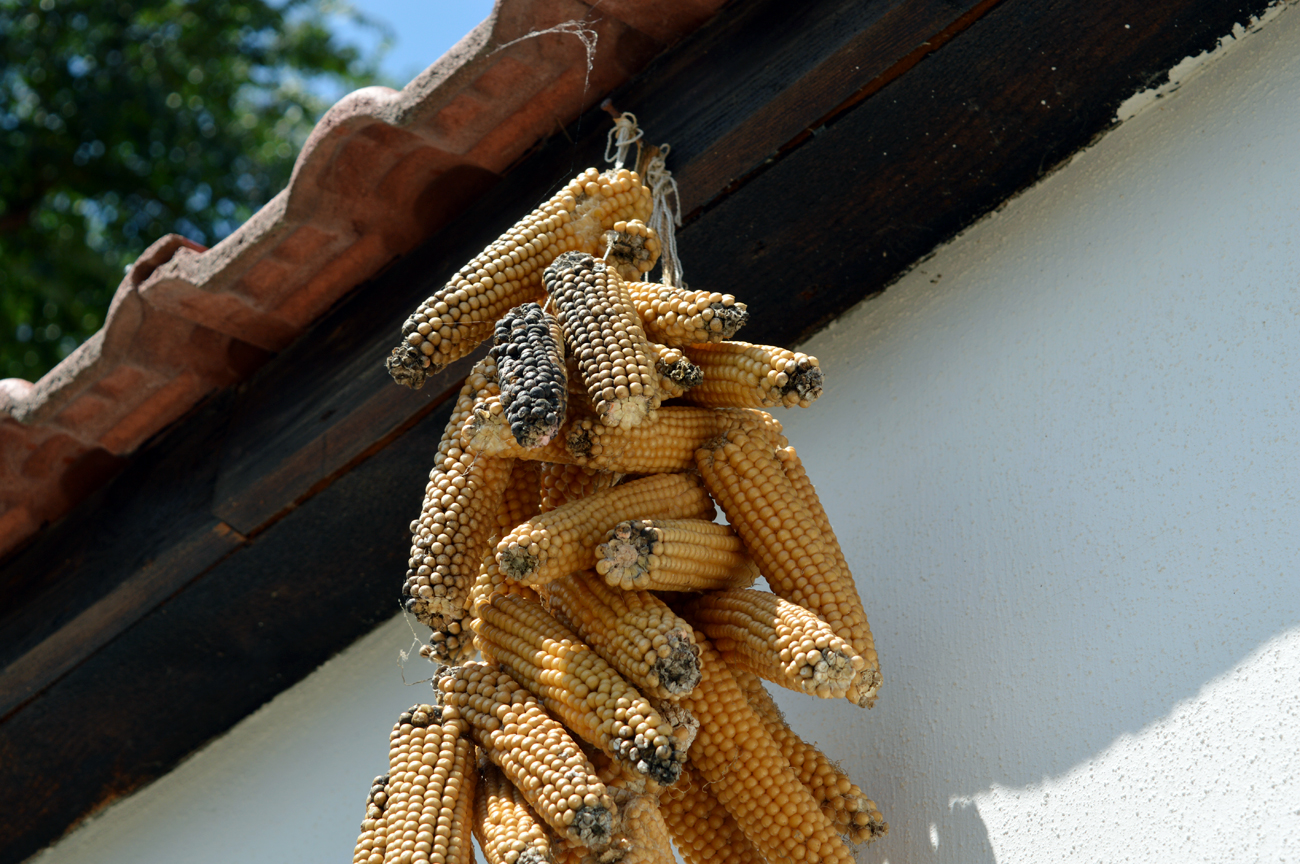 It was for this reason that Novokumsky became the site of the first and only Nekrasov Cossack history museum in the world. Nearby they also erected an ethno-village that recreates the life they had led before the revolution. 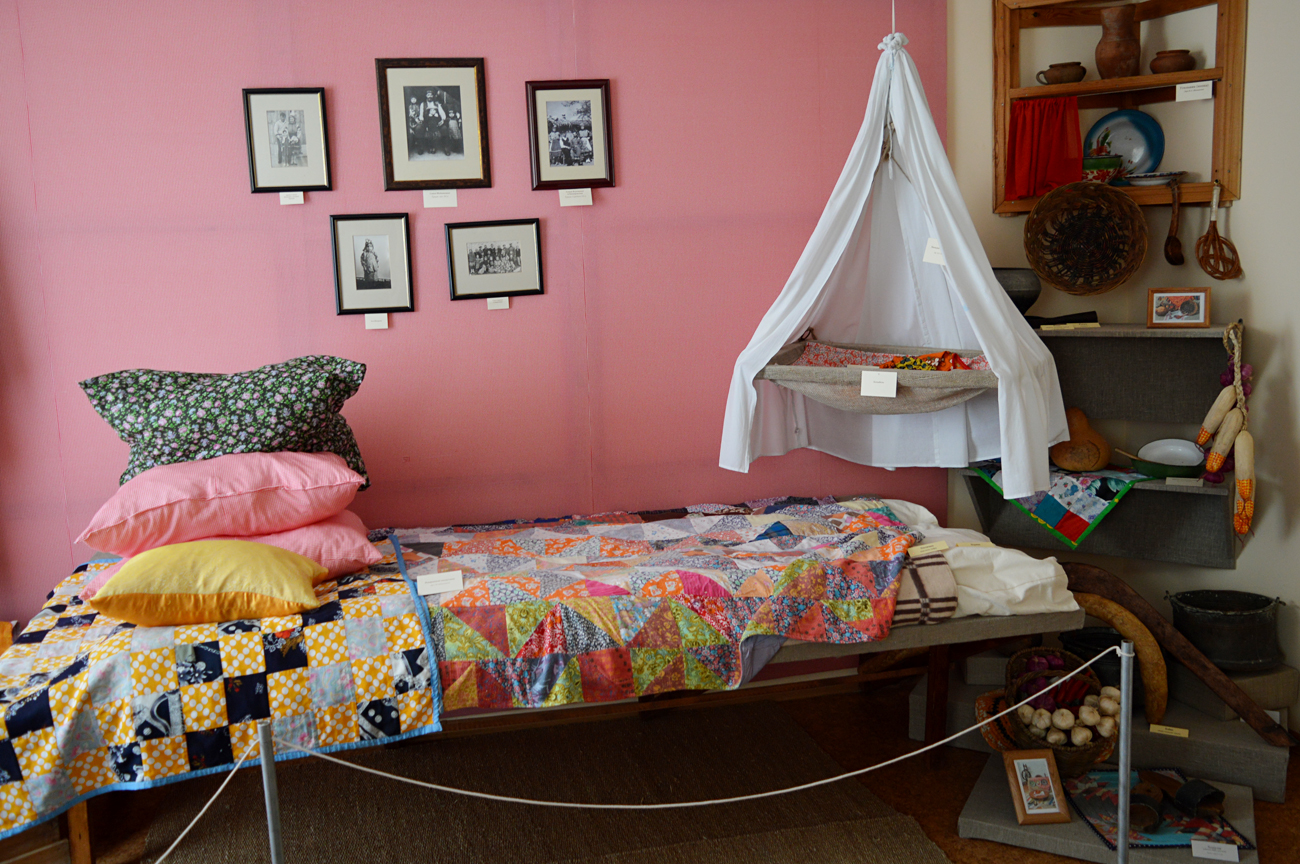 A part of the traditional furnishing of a Cossack room from the Nekrasov Cossack history museum. Source: Yekaterina Filippovich

The Cossacks come to the ethno-village (a couple of houses with traditionally vivid interiors) to meet the few tourists and guests, for whom the hosts put on their national costume. 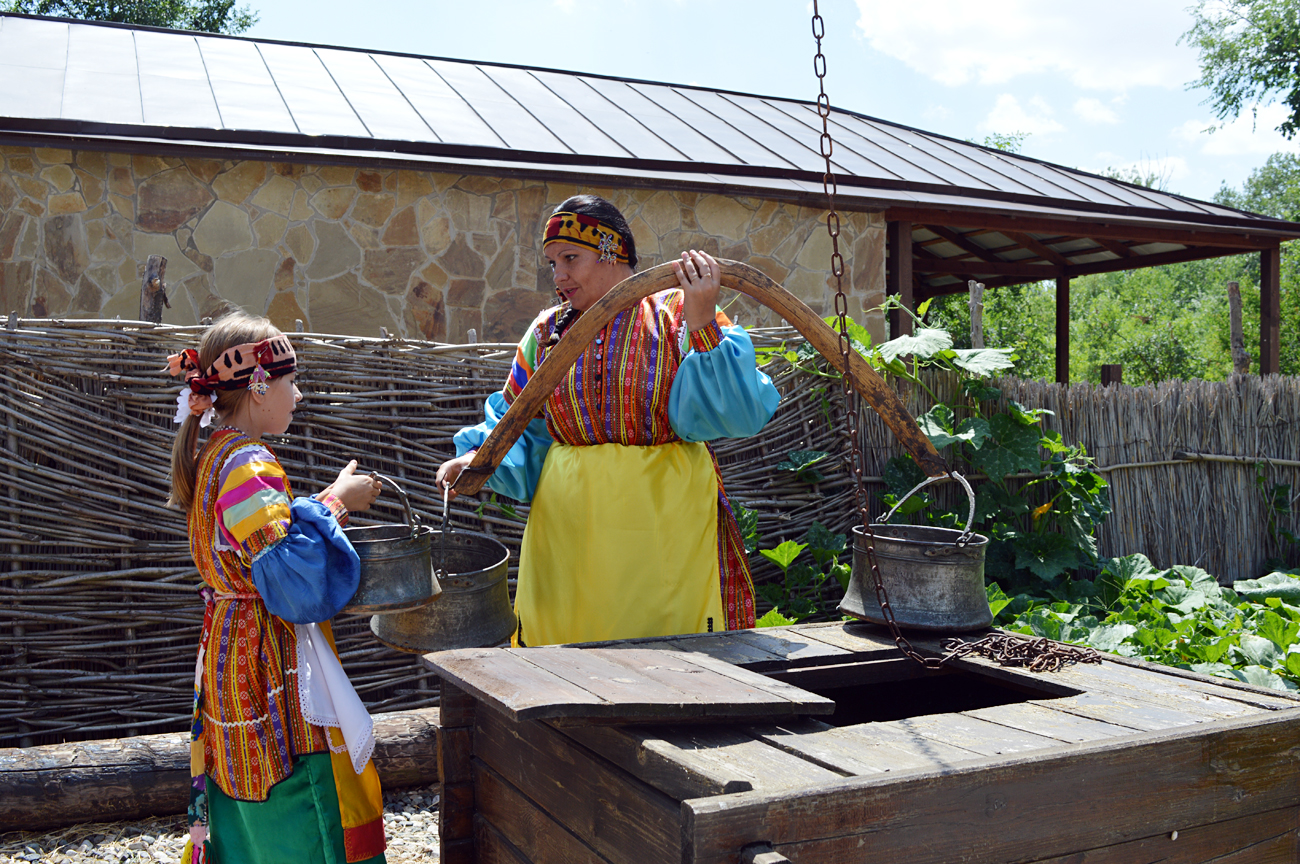 The attire of the Nekrasov Cossacks looks like the feathers of a tropical parrot. Green, golden, crimson, orange, blue and violet intertwine on sleeves and skirts.

These clothes are for going out. In Novokumsky during working days there are no wild, rainbow-colored birds but on Sundays and religious holidays the village dresses up. There are only a handful of Cossack families here, 10 at most, but they can easily be spotted from afar.

"We've always gone around like this, just like our ancestors in Turkey. Women also cover their heads and decorate themselves with real flowers," says Viktoria, an artisan. 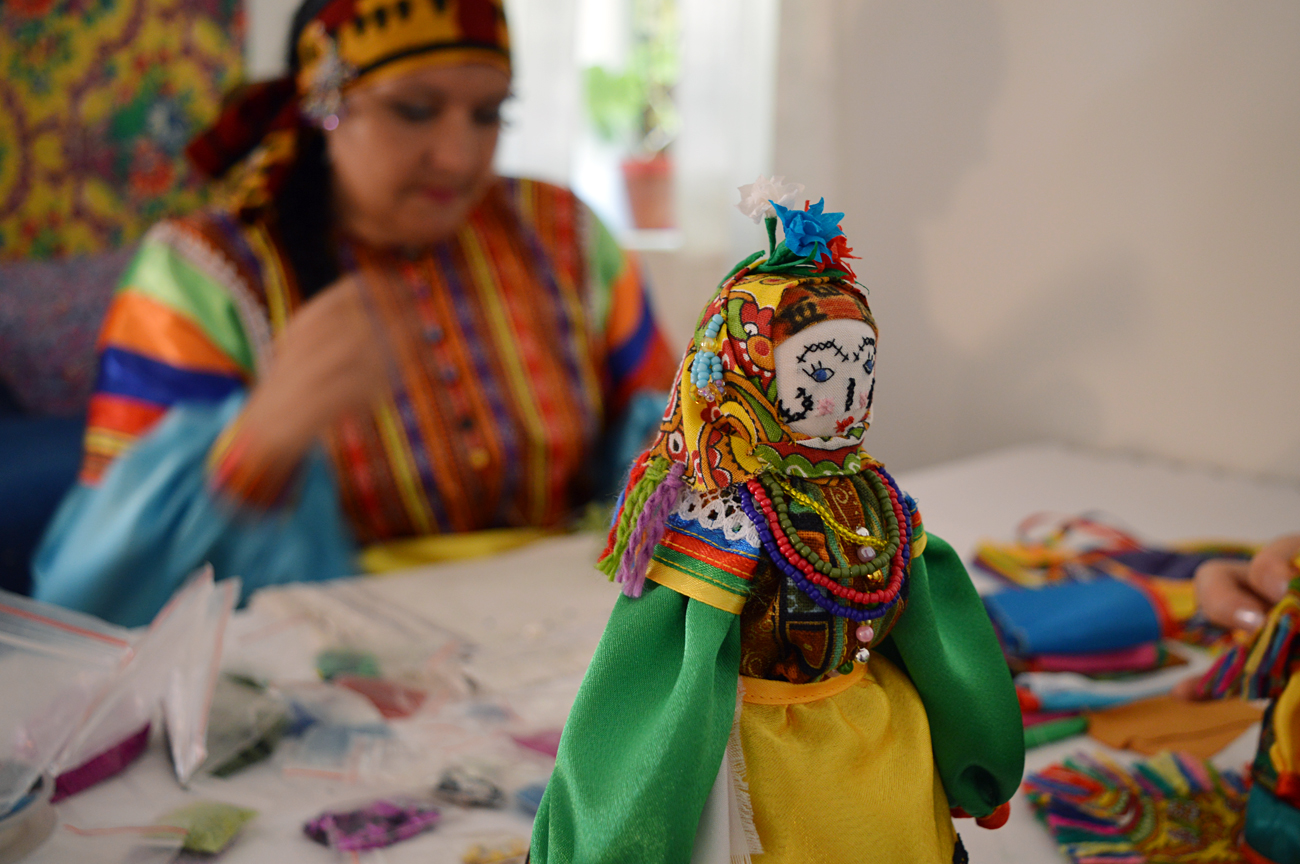 She weaves decorations from wire and beads that are hung from the sides of a scarf. Only widows or women whose families are mourning do not wear them.

"See these dolls? They're dressed like us," Viktoria hands me a lavish doll with a cross-stitched face. "This is a Nekrasov doll. We call her Kharyusha. Each woman has her own doll."

"Dolls, tales for tourists… But what do your husbands do?" 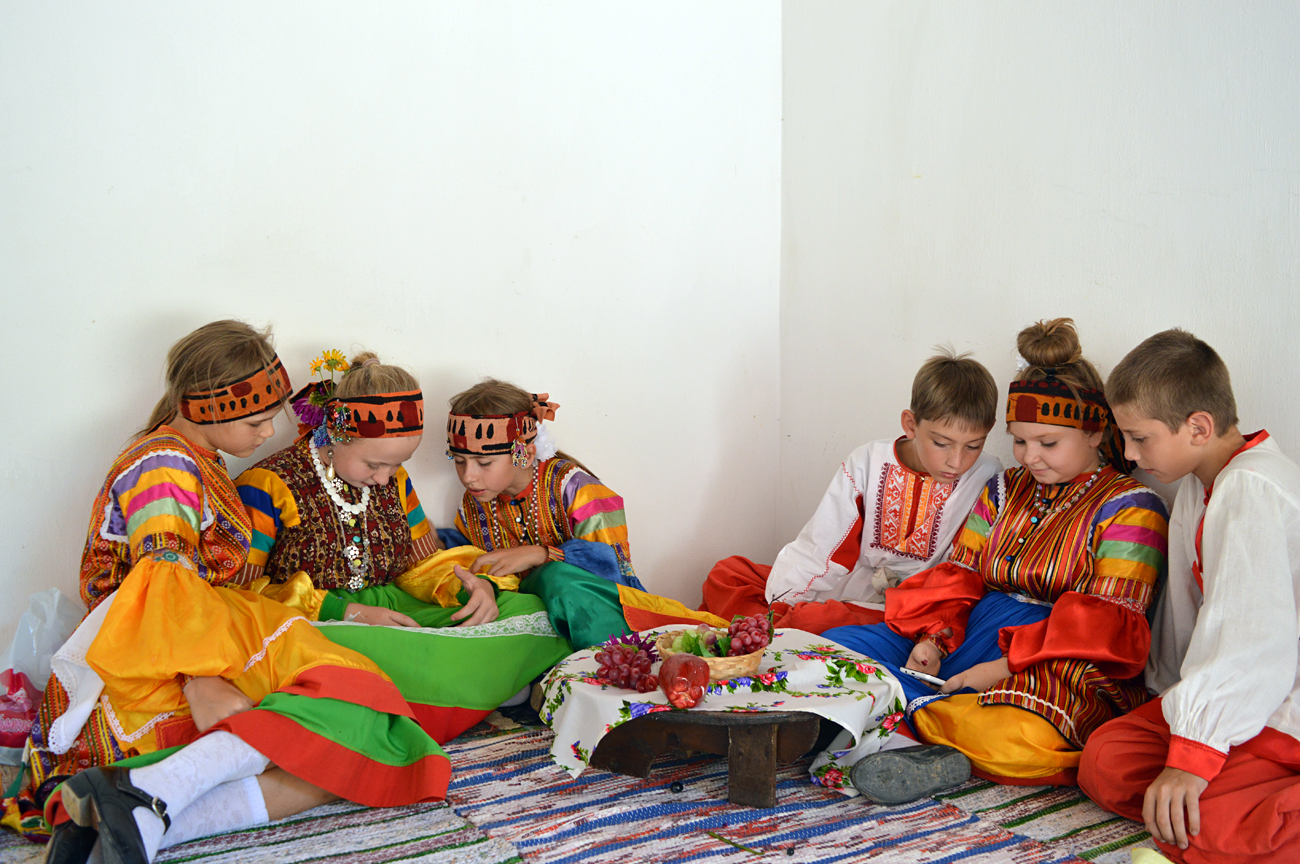 "Some have gone to the city to make money. But the grandmothers' husbands are in the ground. And we pray for them."

In orthodox Nekrasov Cossack culture, a woman is subservient to the man.

"If you meet a man outside, regardless of his age, you must bow and wait until he passes. Even if we have a load on our backs. That is what religion teaches us," she said. 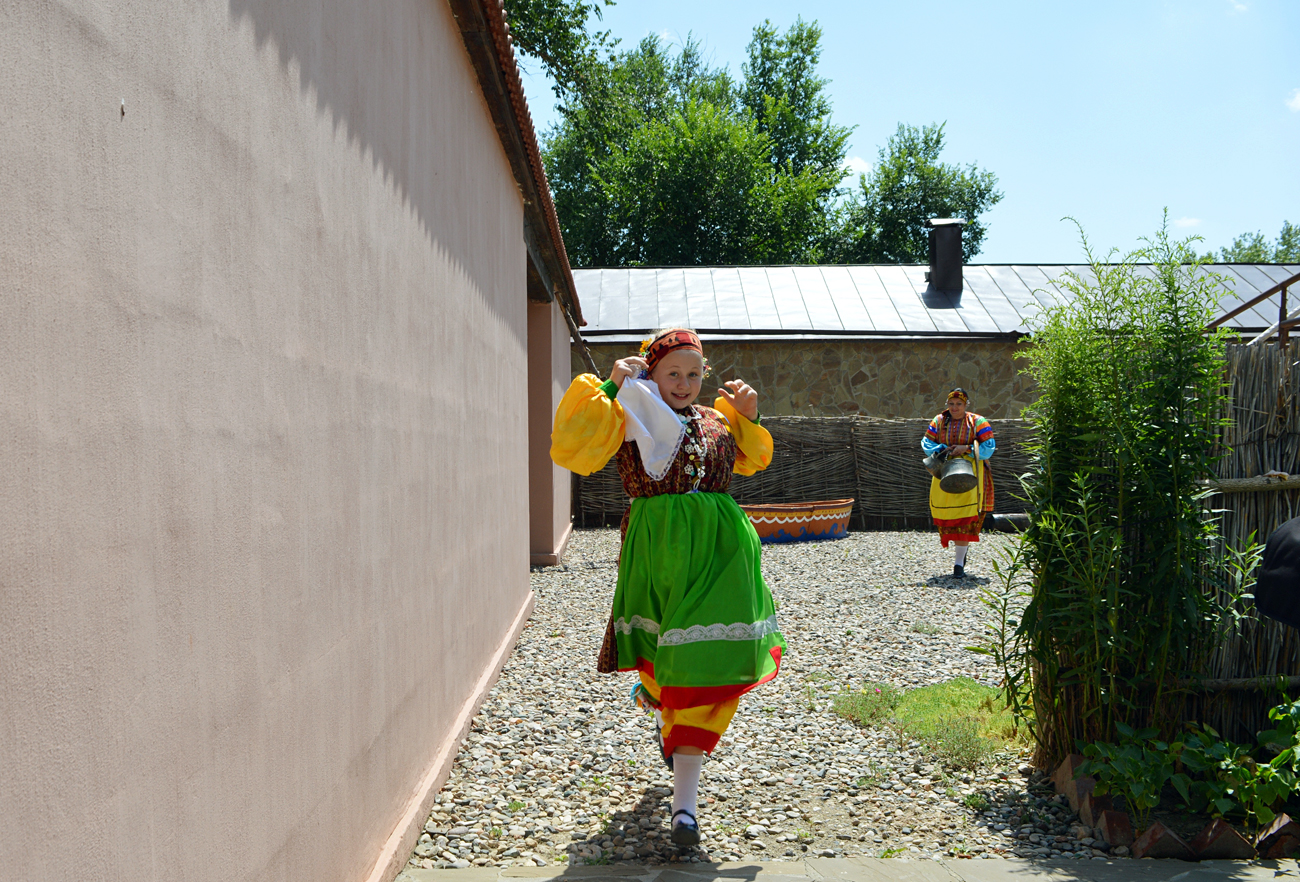 The Nekrasov Cossacks are fervent Old Believers (members of a Christian religious community that split from the main Orthodox Church following a schism in the 17th century). As soon as they arrived in the Stavropol Territory in southern Russia, they built a small Old Believer church with their own money. That is where they go to confess and listen to services.

"When we walk into the room we always cross ourselves," says Aksinya Lushechkina as if justifying herself, fixing her eyes on a corner with icons.

The villagers call Lushechkina a storyteller. Not only does she sing prayers, she also tells stories about evil water creatures and good forest spirits, about birds that carry disobedient children down south and about sorceresses whom it is better to avoid. 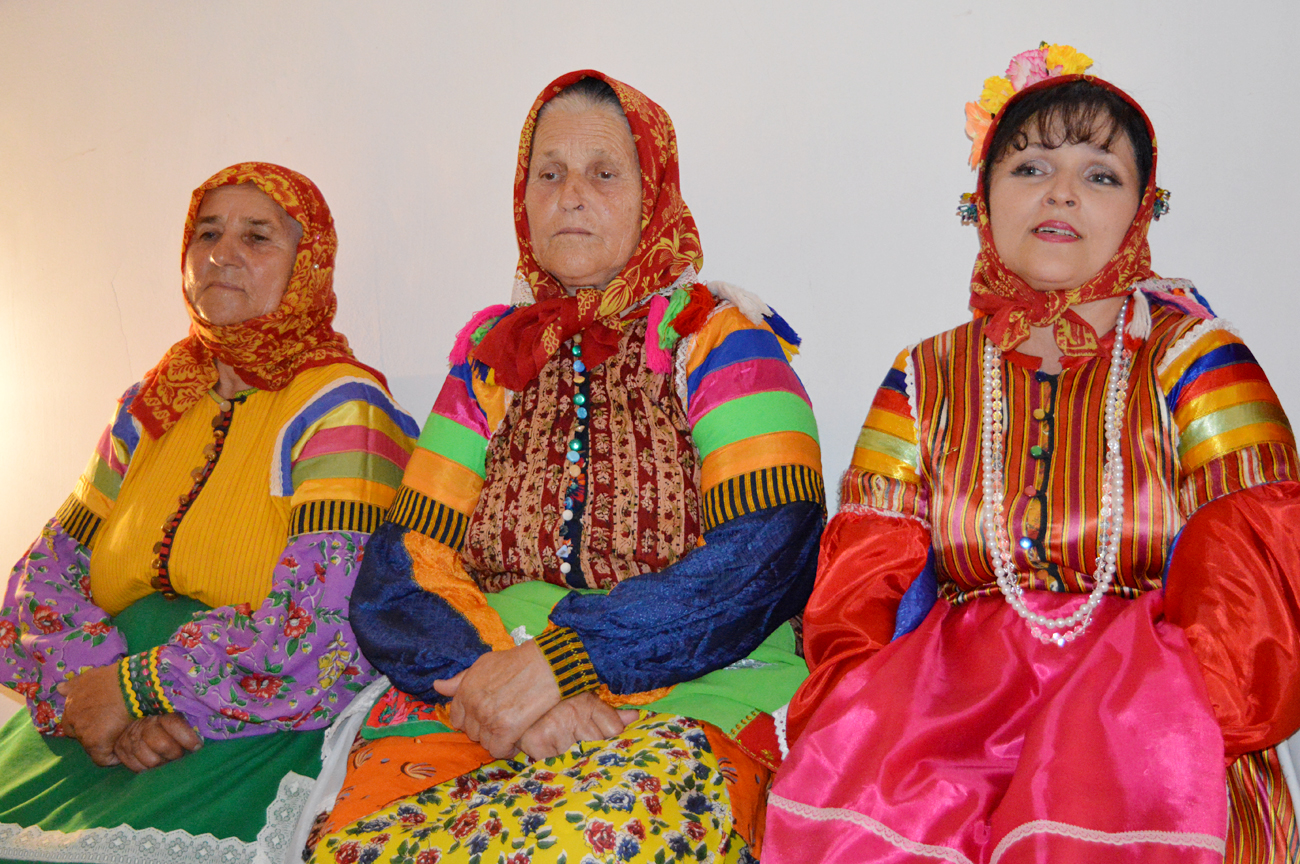 "I didn’t have time to put my own children to bed because I worked in the vineyards till late at night,” she says.

“In the summer we would gather the vines with our hands… But now I have time to tell my grandchildren stories. They correct me and say, 'But grandma, in the book it's written differently!" 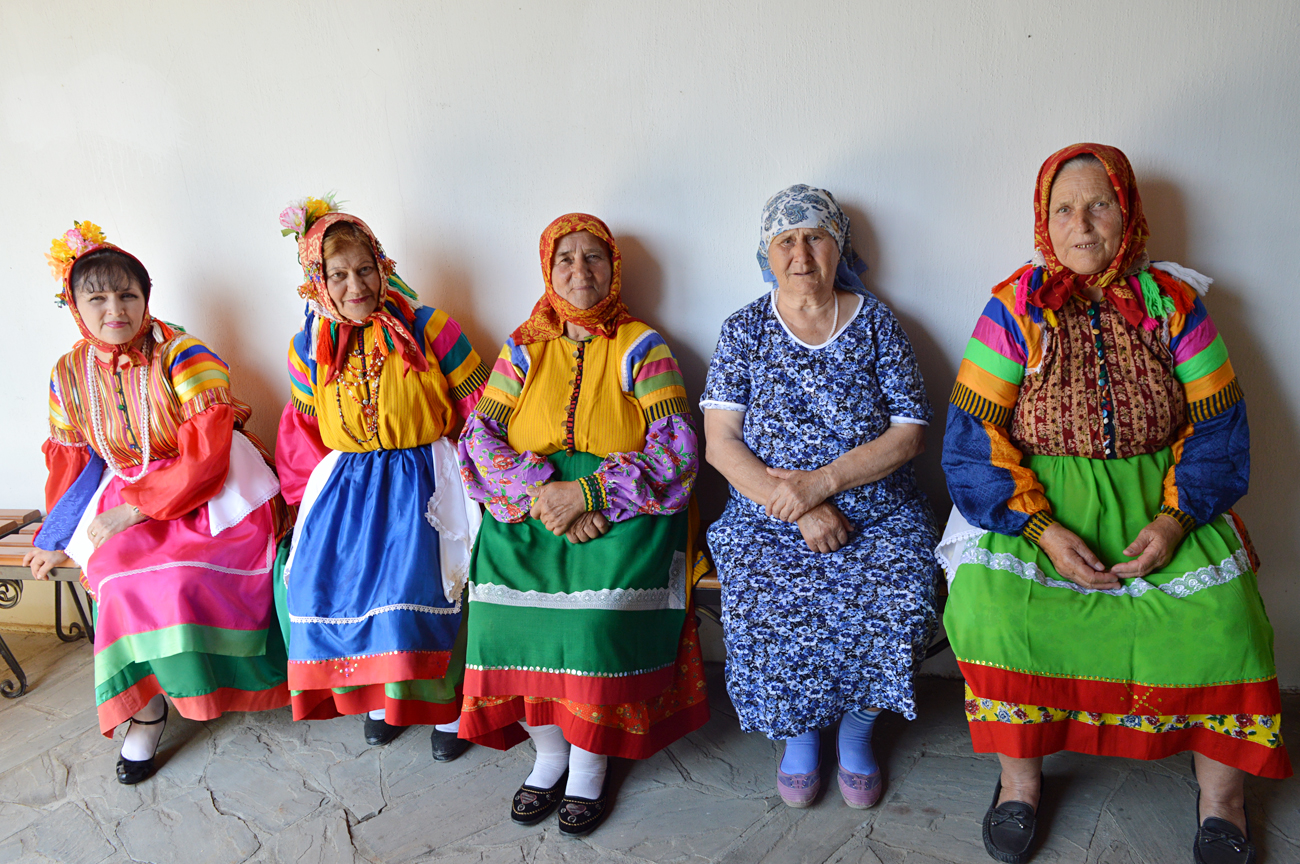 Later the Nekrasov Cossacks start singing a song about the enormous river expanses, about freedom and about unhappy love. The Old Russian language in which the women sing has an overflowing and lulling effect. And it seems that singing for them today is as natural as it was two centuries ago.