Moscow to launch its own version of Pokémon Go 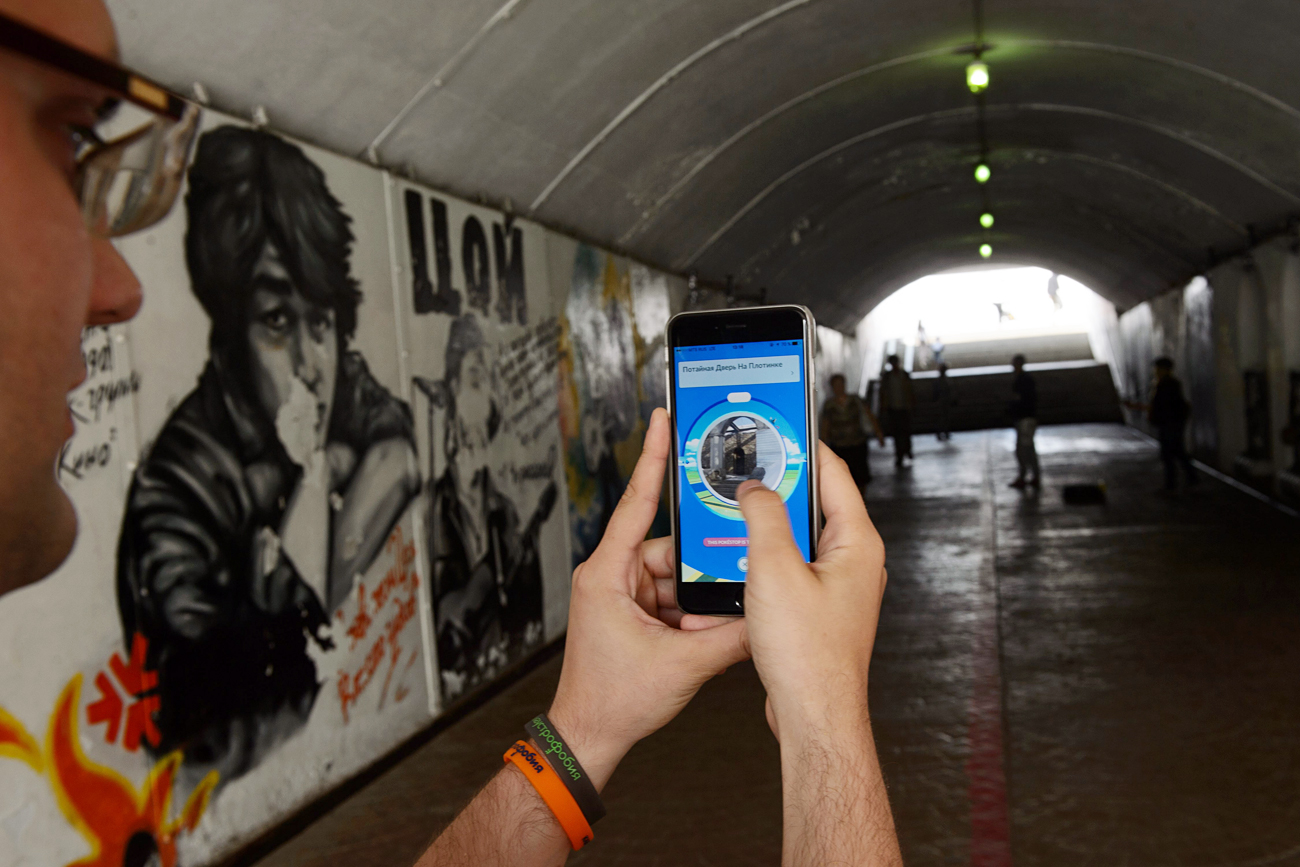 The Russian program will be based on the same principle as Pokémon Go, except that instead of the little monsters, users will be “catching” historical figures in order to take a selfie with them.

Donat Sorokin/TASS
The Moscow mayor’s office will soon release its own version of the Pokémon Go game, which has taken the world by storm. In the Moscow app, users will be searching for virtual lookalikes of real characters from Russian history.

Like the rest of the world, Russia has been swept by the Pokémon Go craze, with smartphone users spending hours in search of virtual monsters populating Russian cities. Now the Moscow mayor’s office has decided to embrace the popular trend by developing its own version of the wildly popular augmented reality game.

The rival app is an updated version of the “Get to Know Moscow. Photo” program based on the same principle as Pokémon Go. Except that instead of the little monsters, users will be “catching” historical figures in order to take a selfie with them. 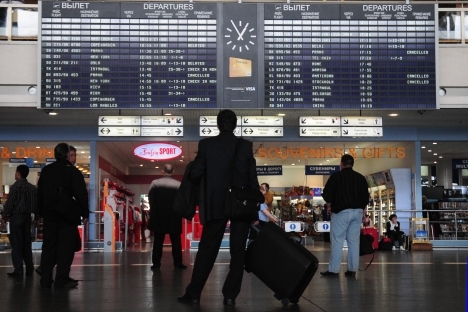 However, at the moment they are present in a specific location in the city (for example, Tsoi can be found near the wall bearing his name on the Arbat). Once the upgraded version of the application is launched, they will start “wandering” around Moscow.

Unlike Pokémons, the tsars, literary figures and cosmonauts will appear in different parts of the city not randomly but in relation to their life stories.

“We’ll be able to easily replicate characters to several addresses associated with their lives and change their ‘residence’ in a centralized way, launching a search for this or that character,” the Moscow mayor’s office website explains.

City officials hope that the game will prompt users to take an interest in the history of Moscow and to study it. 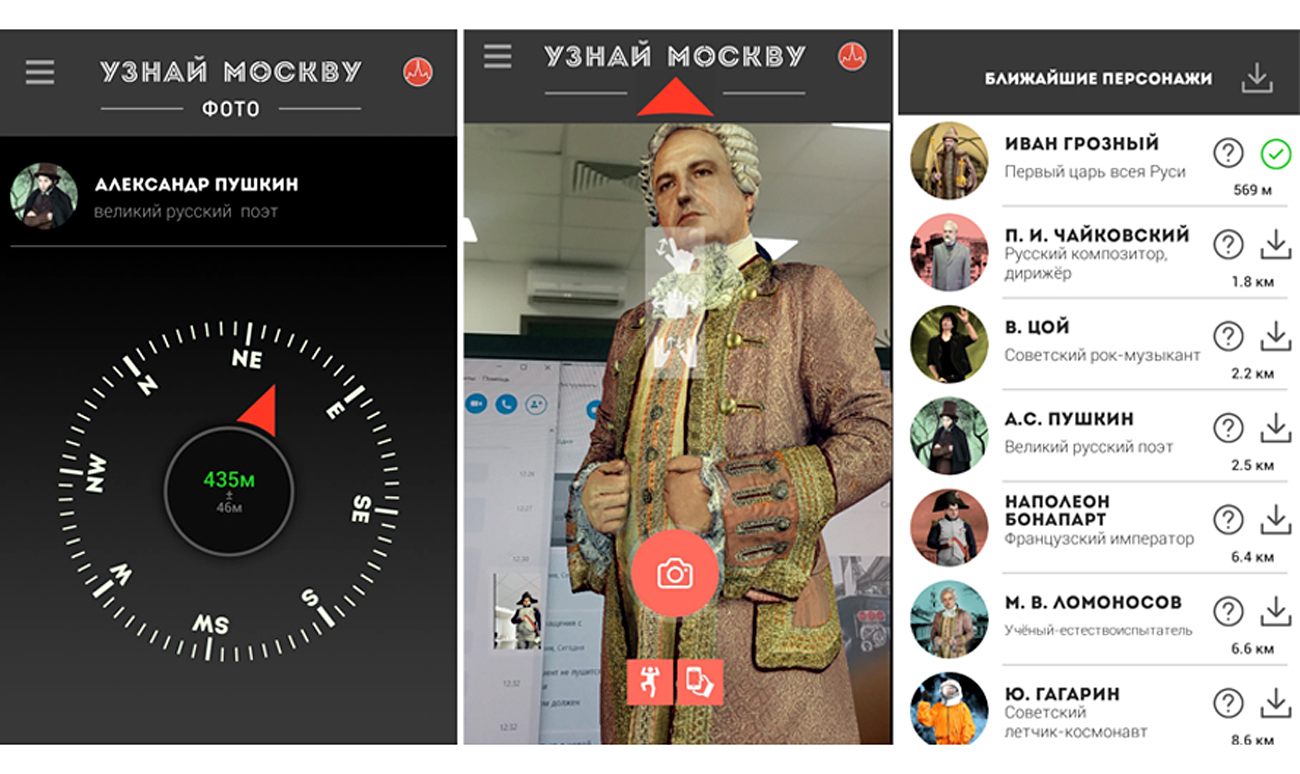 The interface of the 'Get to Know Moscow' app. Source: Press photo

The application is expected to be launched in late August. For the time being, Moscow’s virtual space has been taken over by Pokémons.

The task of tracking them down has been made easier by a map (in Russian) of Moscow created by developers from the Moscow Coding School, which shows all Pokémons present in the city center and how long they will remain in their current location. The developers promise that soon the app will cover the whole of the city. 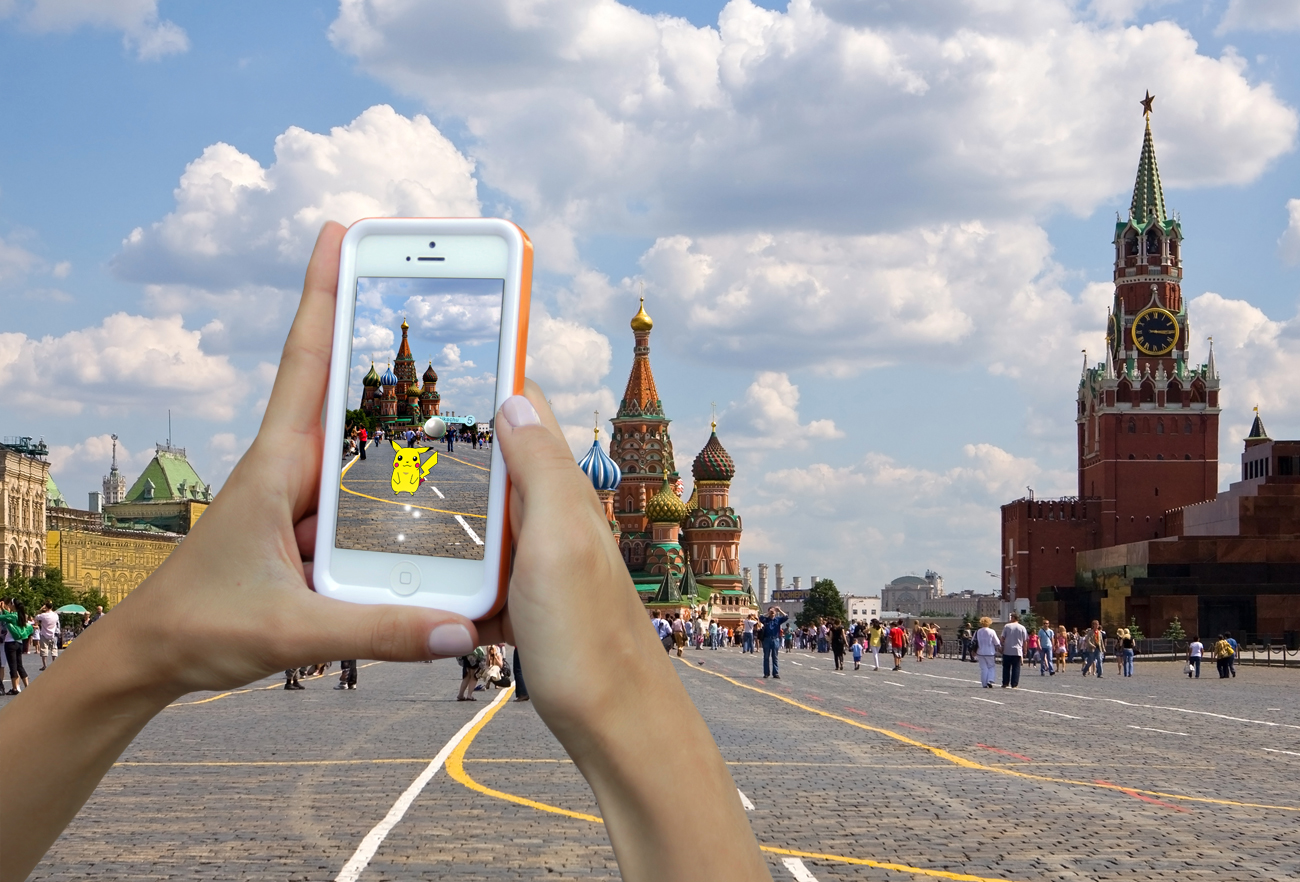 According to data (in Russian) from mobile operators, there are at least 180,000 users in Moscow playing Pokémon Go. This passion for Pokémons is not even hampered by the fact that officially Pokémon Go has not yet been released in Russia: Users download the app from App Store in other countries or install it through third-party sites.

Earlier, presidential press secretary Dmitry Peskov commented (in Russian) on whether Russians should be catching Pokémons in the Kremlin (the answer is no).

Businesses have already seized upon the craze as a way of broadening their customer base, with the Qlean house cleaning company advertising (in Russian) its services by urging prospective clients to “check whether you’ve got Pokémons hiding at your place.”

Meanwhile, the country’s biggest retail bank Sberbank has developed (in Russian) a special application for the fans of the game, offering them insurance of up to 50,000 rubles ($773) against injury received while hunting for Pokémons.