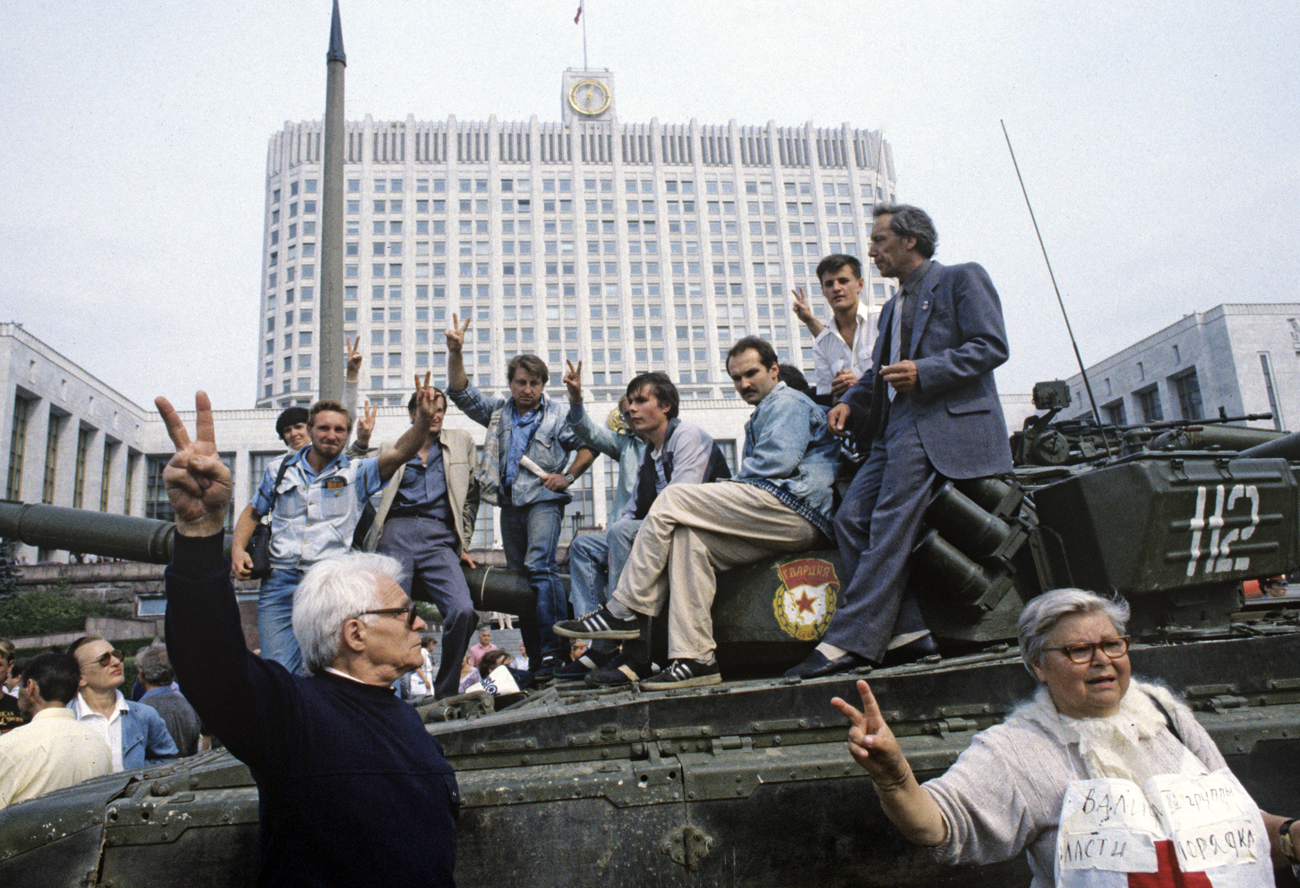 A state of emergency was declared in Moscow and troops were brought in to the city on Aug. 19, 1991. The Government House defenders.

Fedoseev/RIA Novovsti
On August 19-21, 1991, a group of plotters made an attempt to preserve the Soviet Union as it was, in a desperate effort to avert the disintegration of the country. However, the coup against Mikhail Gorbachev failed miserably.

"Compatriots! Citizens of the Soviet Union! In this difficult and critical hour for the fate of our fatherland and our peoples we turn to you! Deadly danger awaits our great homeland! The policy of reforms that Mikhail Gorbachev initiated as a means of guaranteeing dynamic development of our country and the democratization of society, due to a series of reasons, has reached a dead end.”

The State Committee on the State of Emergency (GKChP) pronounced these anxious words to the Soviet citizens on Aug. 19, informing them that plotters were attempting to seize power in an attempt to derail the reforms implemented by Soviet premier Gorbachev. This was the first time the people had heard of the GKChP.

“Taking advantage of the liberties given them, trampling on the fresh buds of democracy, extremist forces have appeared and intend to liquidate the Soviet Union, destroy the government and seize power at any cost," declared the GKChP. 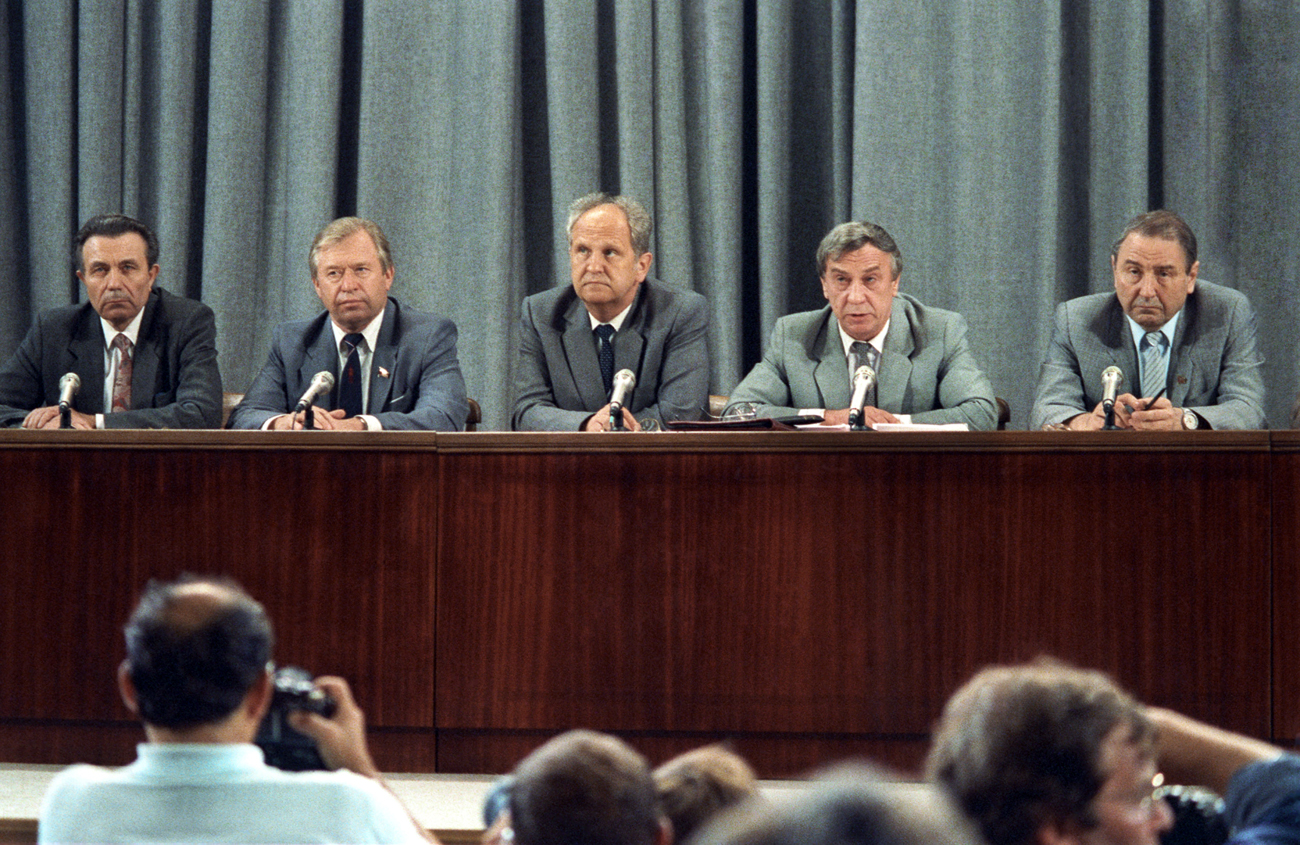 The committee, which had been formed just a day earlier, included representatives of the Soviet top brass: the head of the KGB, the prime minister and the vice president of the USSR. The latter, Gennady Yanayev, issued a decree appointing himself head of the government, justifying this by Gorbachev's poor health.

Gorbachev himself, who was preparing a new constitution project that would have turned the USSR into a loose confederation, was detained by coup participants in Crimea, where he was on holiday.

The GKChP introduced censorship and restricted TV broadcasting. The TV stations, having changed their broadcast programs, were constantly showing Swan Lake, which many people still associate with those events. 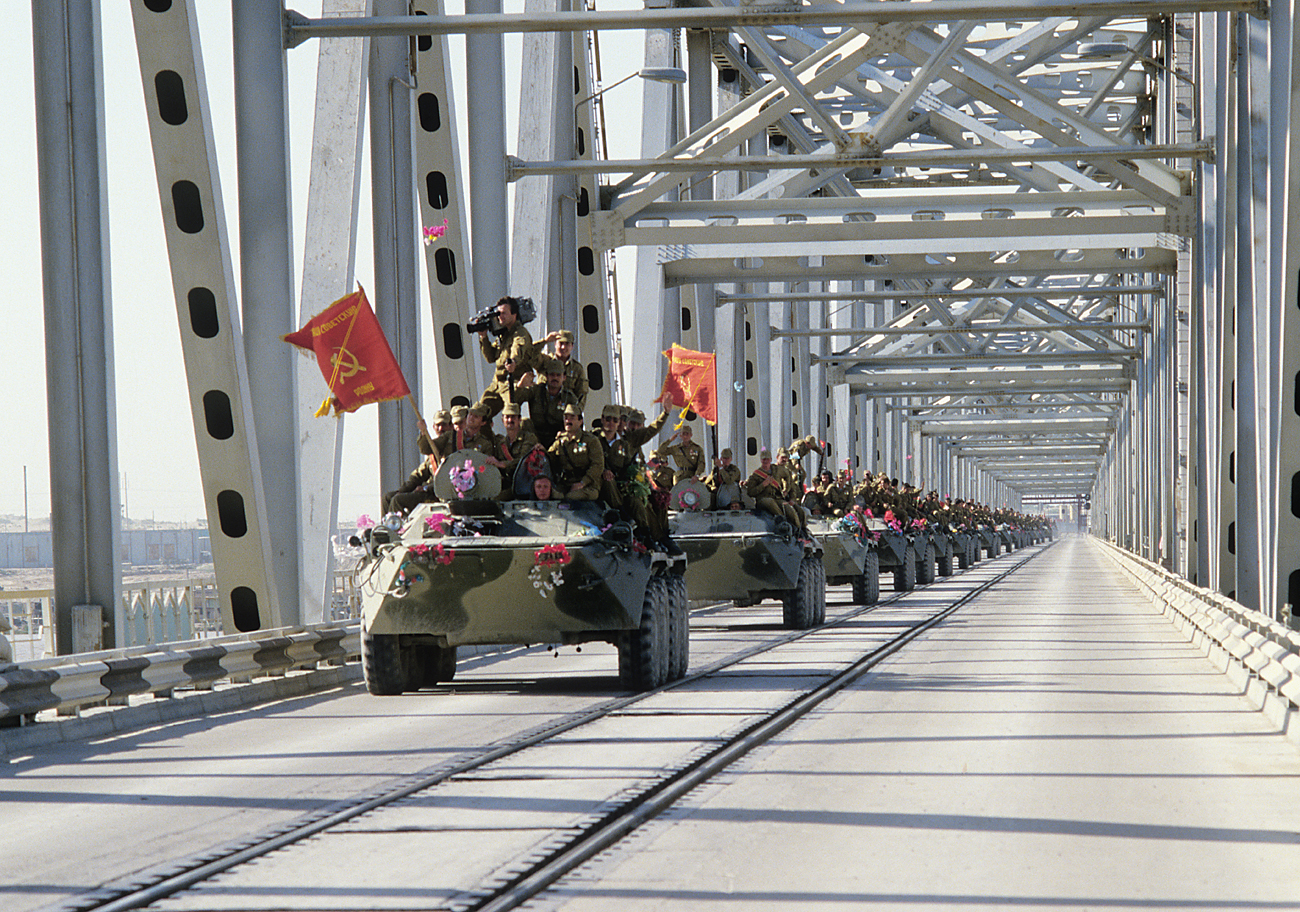 The committee lasted for only three days. The "putschists," as the GKChP members were called by allies of popular Russian leader Boris Yeltsin, could not overpower the center of opposition to the GKChP, which in those days was the White House in Moscow, where the Russian government was located.

The committee members decided not to storm the building. By that time Yeltsin's entourage was able to bring Gorbachev back from Crimea, and the GKChP members were subsequently arrested.

Boris Yeltsin, who had been elected President of the Russian Soviet Federative Socialist Republic two months earlier, was the biggest winner from the coup's defeat. The authority of his main political rival, Mikhail Gorbachev (along with that of all the Soviet administration and the USSR as a political project itself), was irreversibly undermined. 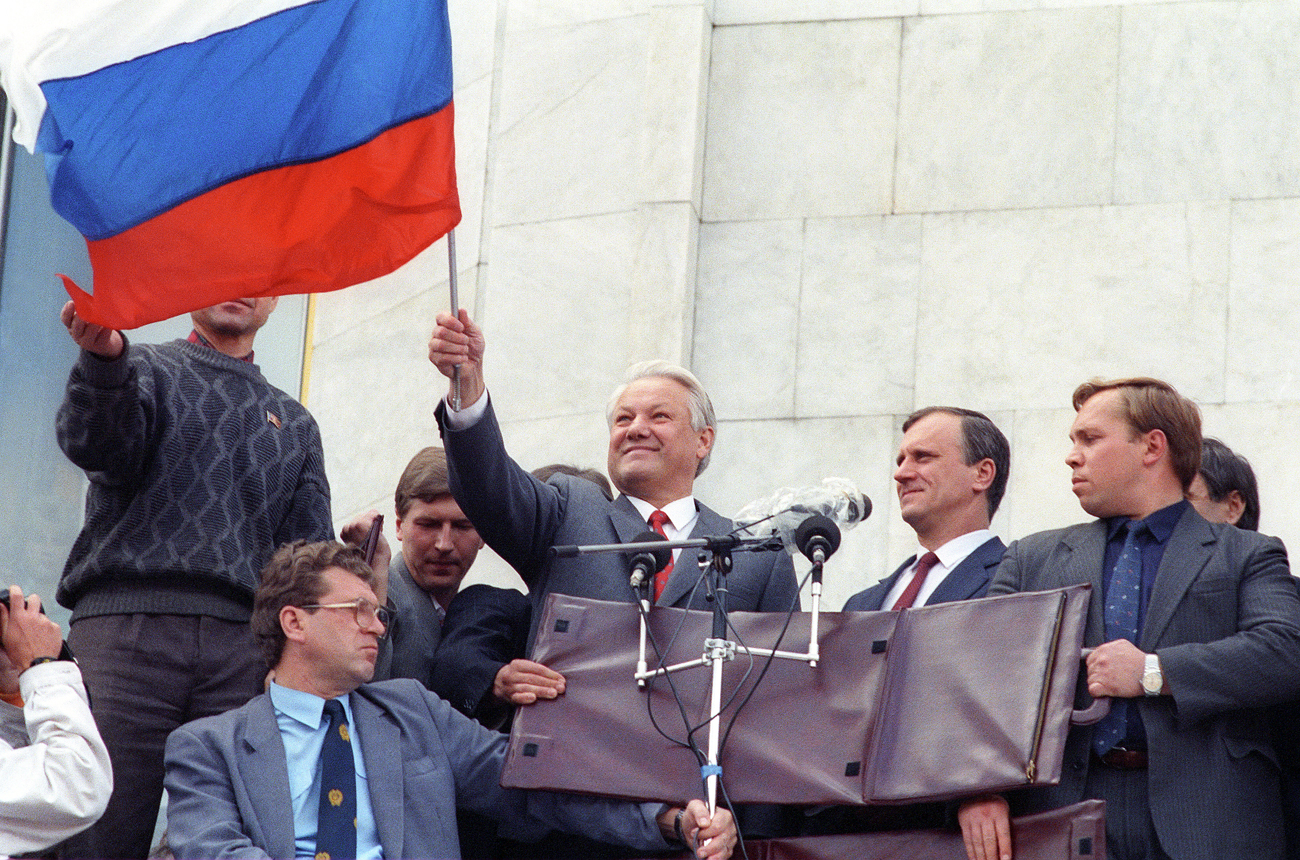 President of the Russian SFSR Boris Yeltsin and State Secretary Gennady Burbulis (2nd from right) wave the national flag during the rally near the Russian White House, celebrating victory of the Russian democracy and failure of the August Coup. Source: Andrei Babushkin/TASS

Yeltsin's supporters (during the GKChP days thousands of people came to defend the White House) perceived the coup attempt as an intention to return to the past, to the pre-perestroika period of the Soviet Union. But was this true? What would have happened had the GKChP remained in power and would it have been possible?

Political scientist Alexei Zudin is convinced that this would have been impossible, since by the time of the coup the process of the USSR's dissolution had already acquired an irreversible inertia – "the putsch's success would have only prolonged the agony," he says. In his opinion, the USSR was doomed, no matter what the GKChP members might have done. This means that any moves aimed at preserving the Soviet Union by the committee members were also doomed to failure.

In Zudin's words, the problem with the USSR was that even before Gorbachev came to power the Soviet administration had lost strategic aims for developing the country, aims that earlier were formed within the framework of Communist ideology. 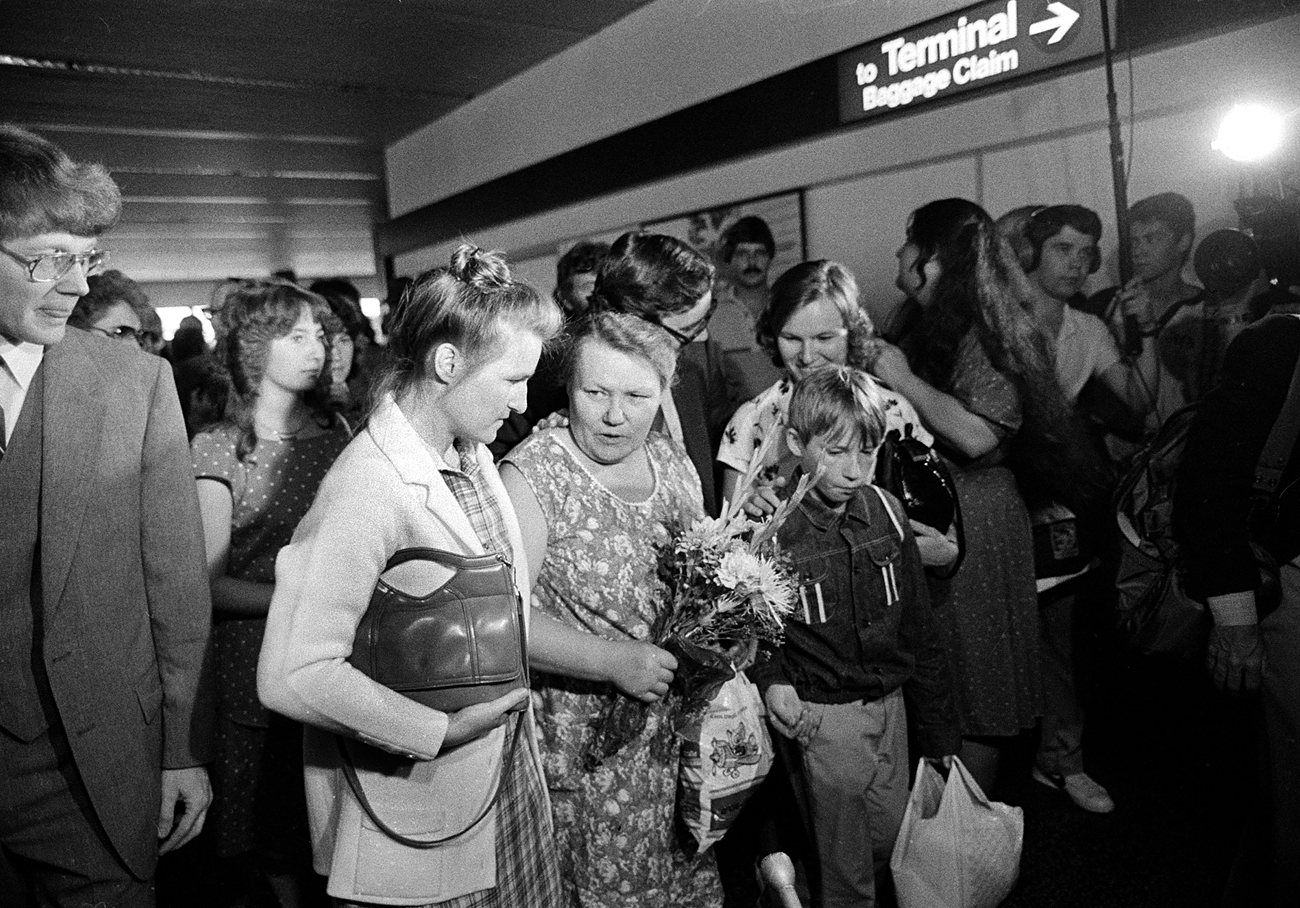 "These people [the Soviet leadership – RBTH] did not believe in the goals they were proclaiming and this became the main reason [for the collapse of the USSR – RBTH]. The country's existence lost meaning and its objective," explains Zudin. The SCSE also lacked a vision for the future.

Modest Kolerov, former employee of the presidential administration and head of the Regnum information agency, also does not think that the GKChP would have achieved much.

"The centralized government was destroyed in the last years of perestroika [in 1989-1991]," he says, pointing out that a series of republics – the Baltic states and in the Caucasus – had already expressed their desire not to remain in the USSR. Kolerov stresses that the coup plotters had no program for transforming the country.

The GKChP could have won

There is, however, the opinion that the GKChP had a chance of being successful had the committee's members been more prepared for seizing power. From the military point of view, in 1991 everything was done very poorly, says Dmitry Andreyev, a historian and political scientist at Moscow State University.

But Andreyev does not believe that the GKChP did not have a program. In its statements to the Soviet citizens the committee spoke of private enterprise, democratization, and the fight against crime, among other things. 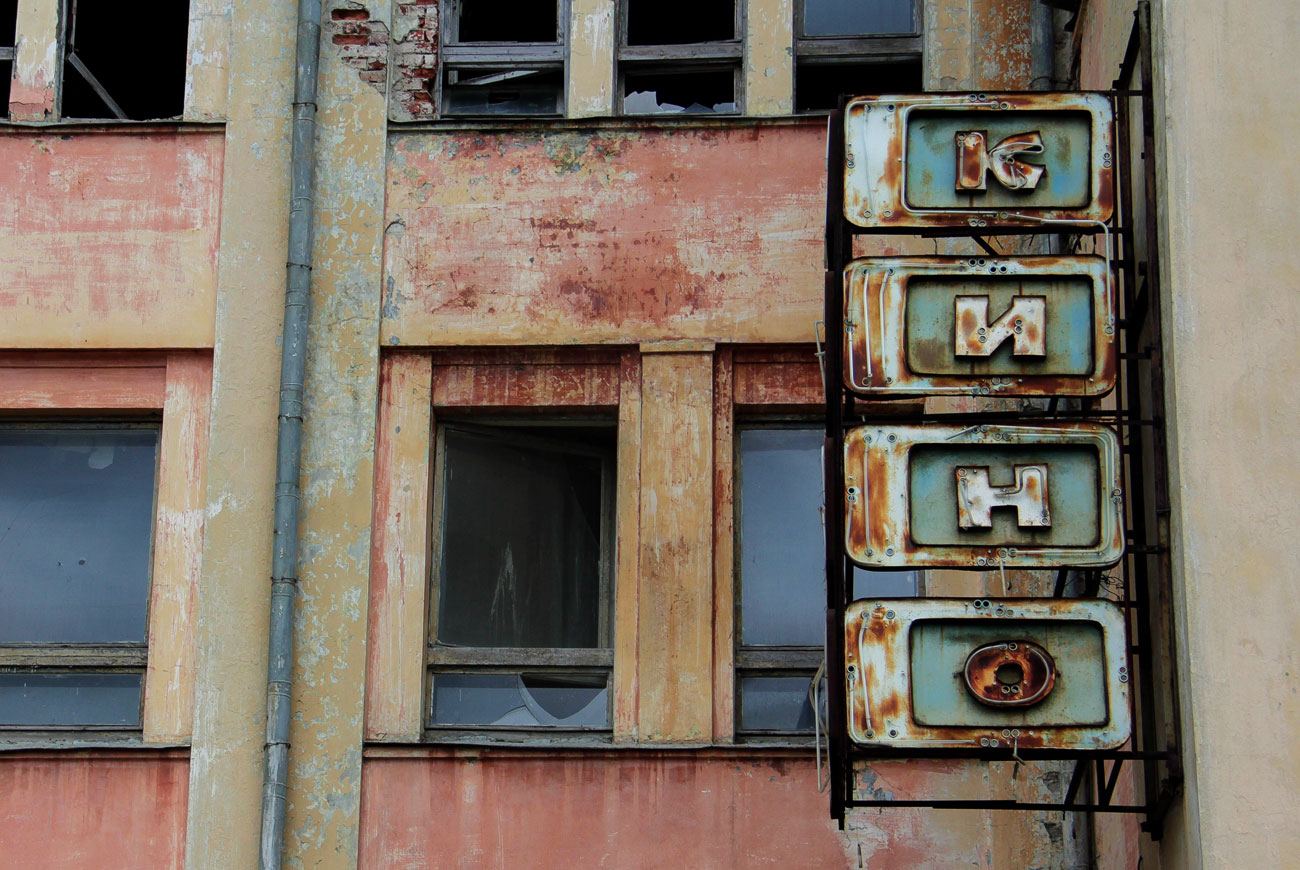 In Pictures: Relics of Communism

Viktor Militarev, member of the Council of National Strategy, a non-governmental expert organization, is also convinced that the GKChP had a chance of prevailing. He believes that the GKChP would have conducted policies that in principle would not have been different from Gorbachev's.

"The GKChP's public statements appeared threatening during the few days they were in power because they did not have good image-makers. But this does not mean that they actually wanted to impose a dictatorship. In essence, they wanted the same thing that Gorbachev did ([he preservation of the USSR – RBTH]," explains Militarev.