Do Russian women bathe in the burkini? 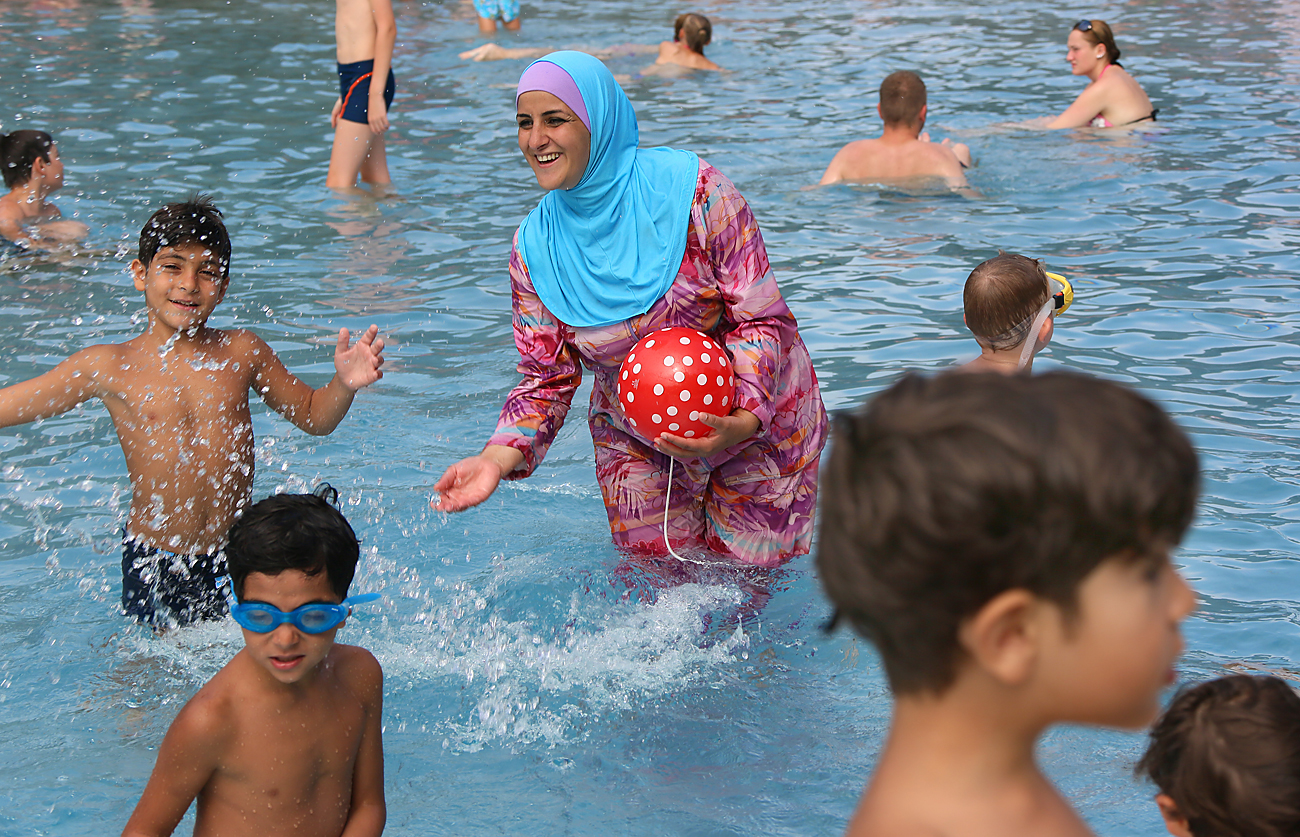 The burkini is a rarity in Russia, despite the fact that Russia is home to more than 20 million Muslims.

DPA/Vostock-Photo
Wearing a Muslim swimsuit is not common among Russian followers of Islam: They prefer to bathe dressed in ordinary clothes, covering the entire body, or in bathing suits. However, in one part of Russia the burkini is growing in popularity.

The recent ban on the wearing of the Muslim “burkini” in a number of French cities has sparked heated debate across Europe. Some have supported the ban, believing that the burkini – a specially designed form of swimwear featuring long sleeves and a head covering – is a symbol of religious extremism and the suppression of women's rights. Some, on the contrary, consider the ban to be outrageous and call it a manifestation of anti-tolerance and disrespect for religious groups.

Despite the fact that Russia is home to more than 20 million Muslims (15 million Russian citizens and between four and seven million migrant workers from the former Soviet Central Asian republics) and many Muslim women wear traditional Islamic dress, the burkini is a rarity in Russia. Orthodox Muslim women go to the beach and swim in their usual daily attire, while less orthodox ones prefer conventional swimwear. 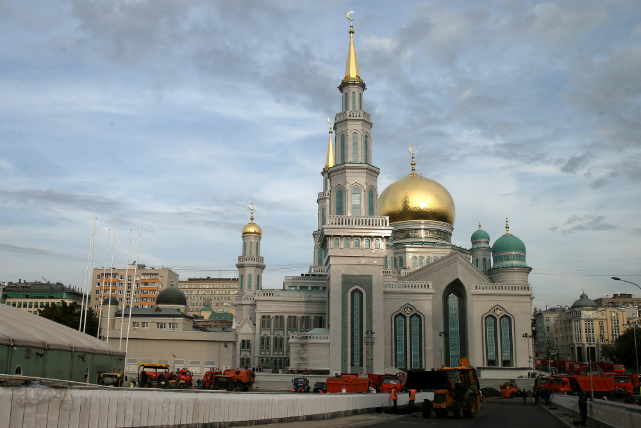 Maria Zagryadskaya, 30, a human resources specialist, has recently returned from Russia’s North Caucasus republic of Dagestan (which has a predominantly Muslim population), where she was vacationing with her family on the coast of the Caspian Sea. In a conversation with RBTH, she noted that she had not seen women in the burkini there.

"Local Muslim women were swimming in their usual clothes," she said. "I think the burkini wouldn’t be bad, because this is a swimsuit specifically designed to be able to swim and enclose the body. This is better than wet clothing that tightly covers everything, but in fact hides nothing. There were a lot of tourists from Ingushetia [a Muslim North Caucasus republic – RBTH], but their women bathed in conventional open bathing suits."

In the swimming pools of big cities like Moscow and St. Petersburg, women in the burkini are not just rare, but inconceivable. In two major sports complexes in Moscow, we were told that no women in the burkini had ever been seen in their swimming pools. "Women do not go there themselves, because there they will have to swim with men in swimming trunks," says Nasima Bokova, a former editor of the Musulmanka (“Muslim Woman”) magazine. "And this is unacceptable for Muslim women." 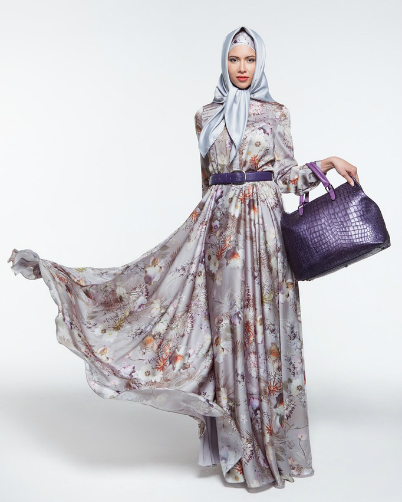 Muslim women wear the burkini for public bathing in Chechnya, where a secret dress code for women has been in force for many years, obliging them to cover their heads and open areas of the body.

"In Chechnya, there is the following trend: The number of women without headscarves in the streets has been steadily declining, and that of those in hijabs, by contrast, is growing," says Vladimir Sevrinovsky, an expert on the Caucasus and the author of a guide to Chechnya. "So Chechen women – some in accordance with the principles of Sharia, some out of fear of publicity – bathe only in their clothing or in the burkini."

Many Muslim women in Russia wear traditional Muslim clothing – mostly the hijab, a scarf that leaves the face uncovered.

"The niqab, a full-face veil banned in many European countries, is not typical for the Russian Muslims," said Bokova. "If a woman wears the niqab, it means that she has closed herself off from society. She cannot be socially active anymore."

In Russia, Muslims live in regions such as Bashkiria, Tatarstan, Crimea, and the North Caucasus republics – Karachay-Cherkessia, Ingushetia, Chechnya, Dagestan, Kabardino-Balkaria, the eastern regions of the Stavropol Territory and Adygea.

"In the Russian regions with a Muslim population, the wearing of the hijab is a common practice, with no obstacles being posed," said Rais Suleimanov, an expert at the Institute of National Strategy and Islamic scholar living in Tatarstan. 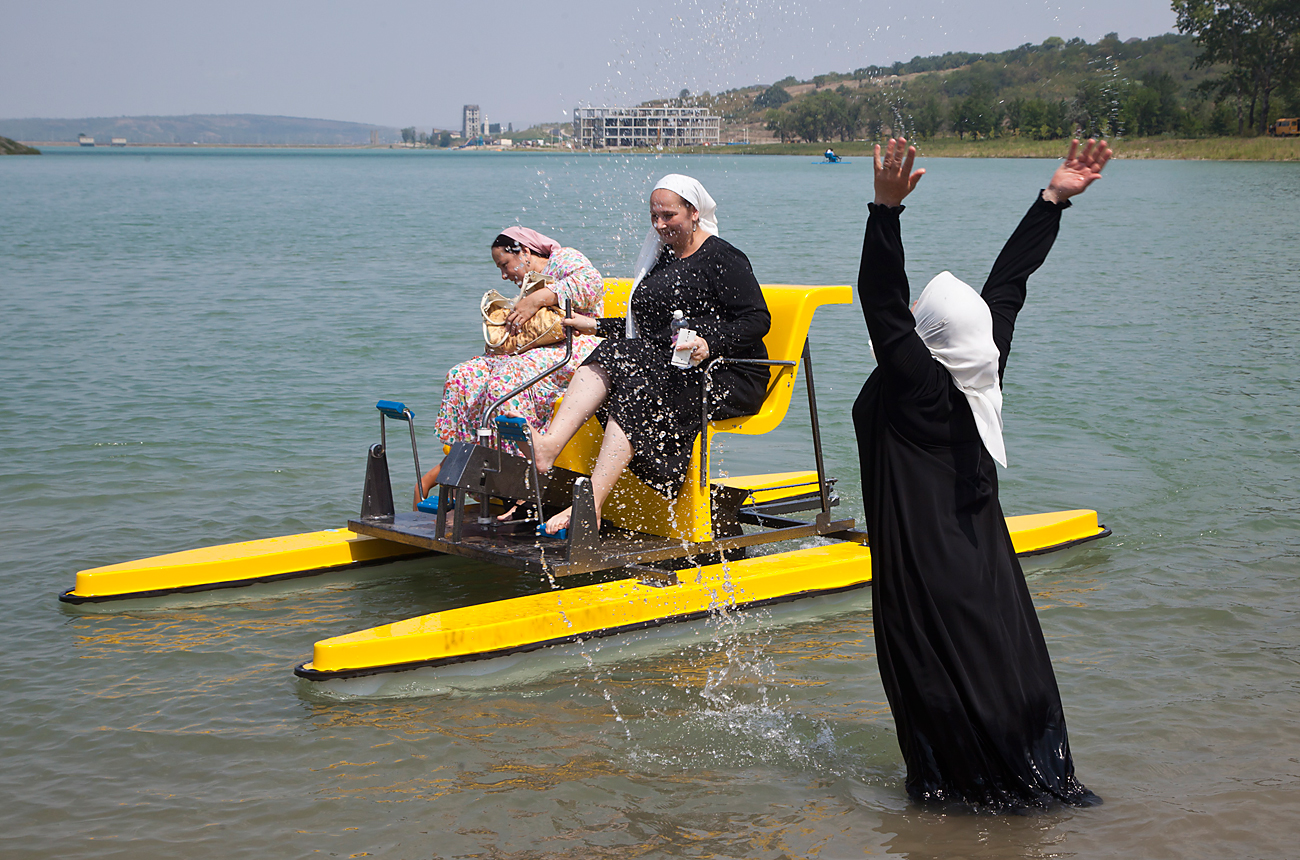 Vacationers at the Laguna (Lagoon) women's resort in the village of Aldy on the Grozny Sea shore in Grozny, Russia. Source: Yelena Afonina/TASS

Attitudes to the hijab in Russia

Many Muslims also live in the European part of Russia – mainly in the large cities of Moscow and St. Petersburg.

In large cities, the population is more cosmopolitan and tolerant than in the sparsely populated provinces. Nasima Bokova has been wearing the hijab in Moscow for more than 15 years. 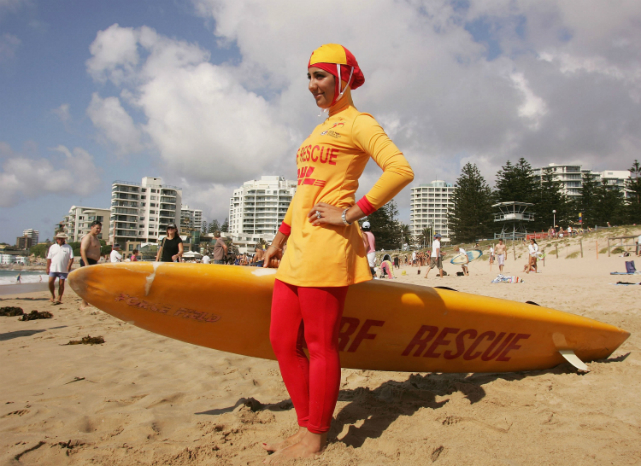 "Definitely, Russian society has recently become increasingly more tolerant of Muslim clothing," said Bokova. "In 15 years, I’ve never encountered any aggression from people around." According to her observations, the most tolerant of hijab-wearing women are those under 30, the least – people over 50.

Nevertheless, she noted that if you drive at least 100-150 km (60-90 miles) from Moscow, the reaction to the hijab will be rather negative. "In small towns, people, seeing a woman in the hijab, will be very surprised or even shocked," she said.

"This is due in part to the fact that women in hijabs is a rare sight in small Russian towns. And television, when it talks about Islamic terrorists, unwittingly creates a negative image of Muslims as a whole, which leads to an increase in Islamophobia."

culture Russia in the context of Islam The X-Pat Files