Priority at the Boarding School of the Defense Ministry is given to girls from families in which a member has been awarded with the Hero of Russia medal.

Sergey Fadeichev/TASS
The clothes that cadets wear at the Defense Ministry's boarding school are sewn by famed Russian stylists Kira Plastinina and Valentin Yudashkin and the physical education exercises are developed by the Cosmonaut Preparation Center.

While private education is more synonymous with class-based societies such as the UK, it may be surprising to learn that Russia, even with its recent socialist past, has a number of boarding schools and private colleges of its own – one of which is a special school devoted exclusively to the upbringing of daughters of Russian servicemen.

Priority at the Boarding School of the Defense Ministry is given to girls from families in which a member has been awarded with the Hero of Russia medal. The recognition is given to servicemen with more than 20 years of service and those who died carrying out their military duties.

Annually the school accepts only 120 girls who are 11 years of age, but the number of those wishing to enrol at the institution is much higher. During the selection process there may be 6 to 40 girls vying for one place, a situation that is comparable to the best Russian universities. 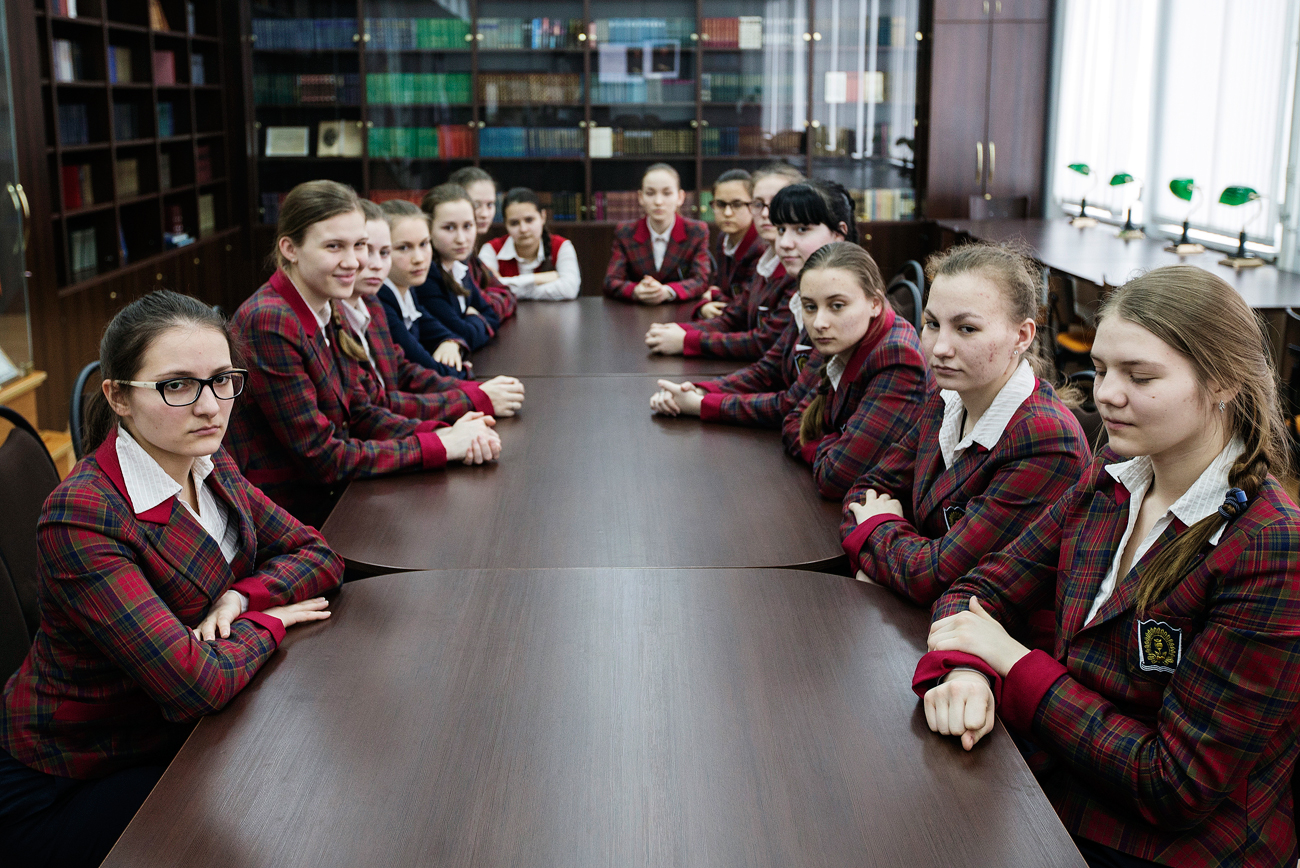 In order to get into the school it is not enough to just present your parents' merits – you must have excellent health and be distinguished by great success. The candidates are examined by a psychologist, while pedagogues check their knowledge of Russian, mathematics and foreign languages.

"The school created its own selection system. We had to mature really quickly and this made us strong and motivated," recalls Vika Melnikova, a graduate of the school.

How is the military school different from ordinary schools? 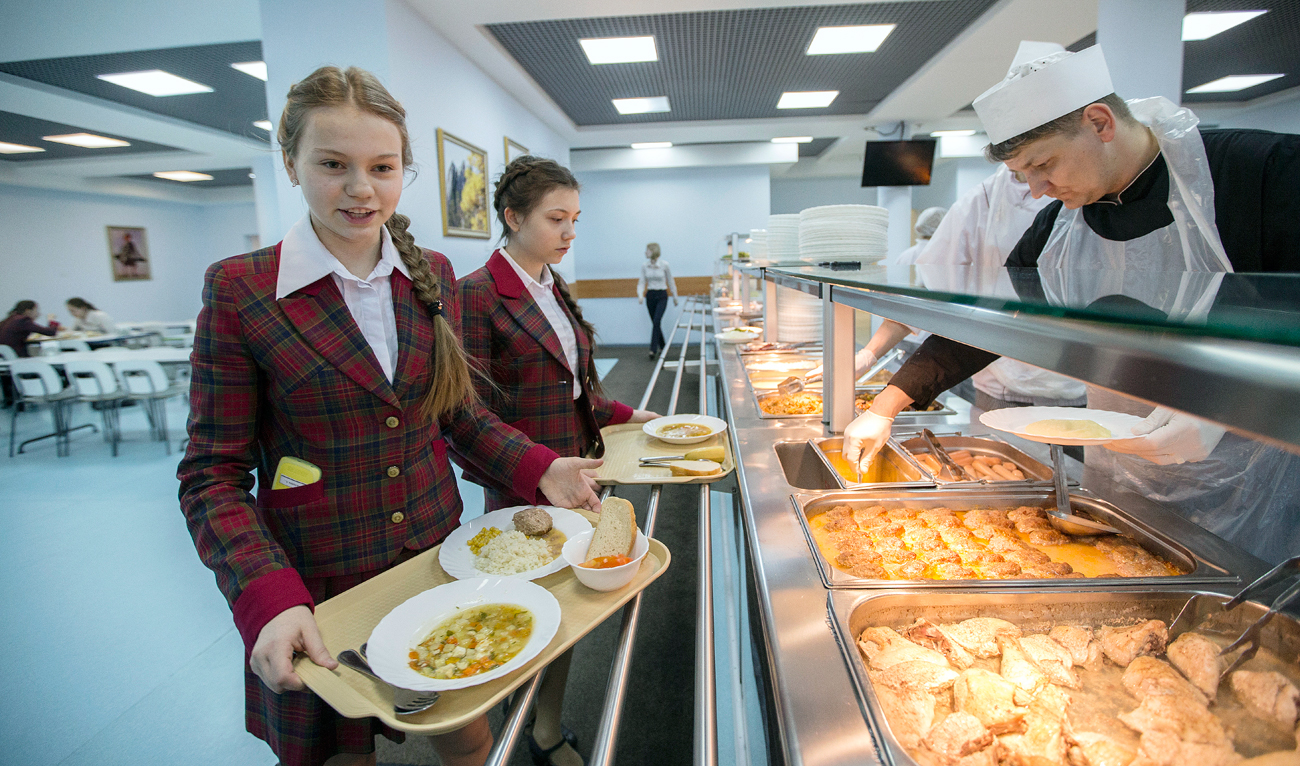 A total of 840 cadets live in Moscow on a full state scholarship and go home only during vacations. Their studies are based on a plan designed not by the Education Ministry but by the Defense Ministry. Paradoxically, the cadets do not learn military affairs but rather all the disciplines taught at the best private schools.

"We were free to do any sport we wished – swimming, equestrianism, figure skating, freestyle wrestling, even fencing," says another graduate, Sasha Bened. "We had the opportunity to visit artist workshops and with their help try to create something of our own. We were taught to play musical instruments. The school has a group of drummers who compete in various contests. Each year they participate in the Spasskaya Tower Musical Festival on Red Square." 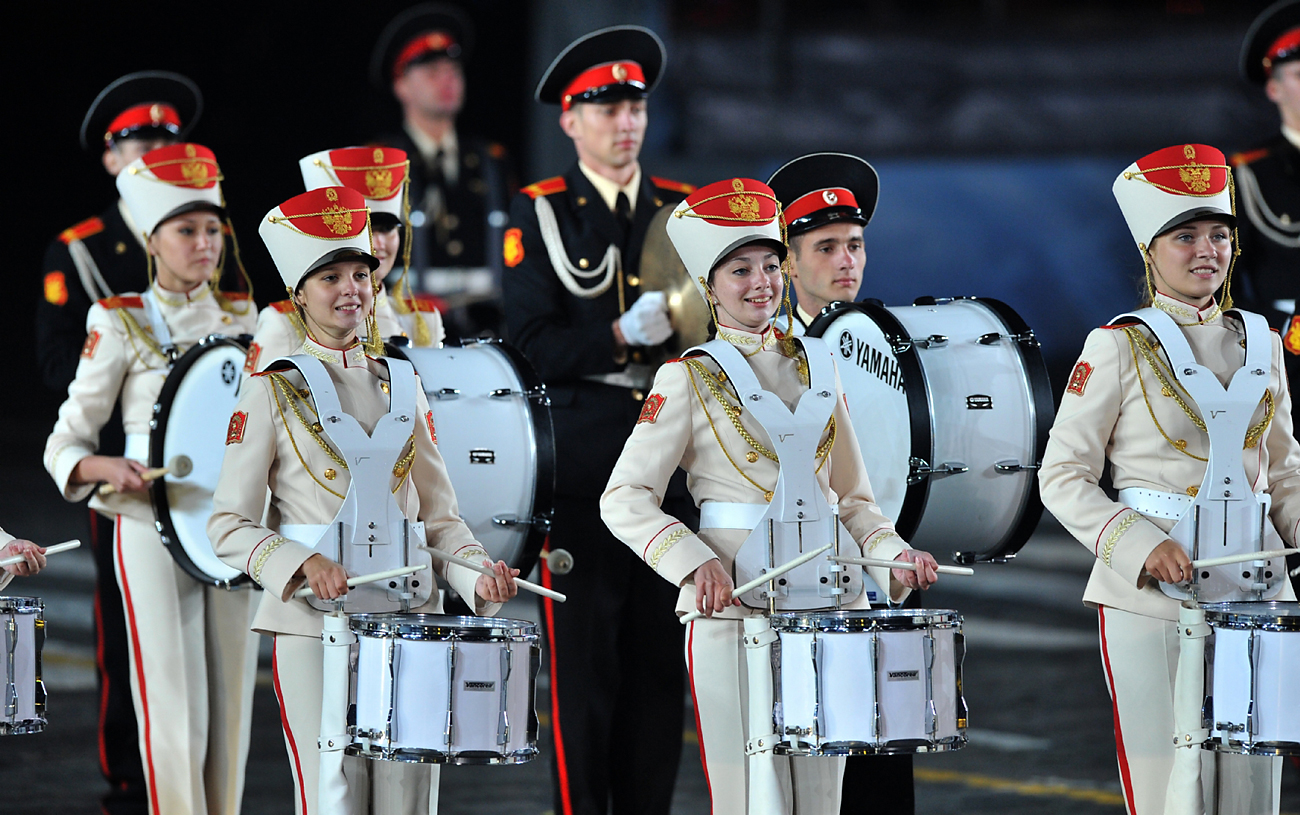 After graduating from the school, some continue the family tradition and become military doctors or military translators, but most girls choose a civilian profession. The knowledge acquired at the school allows the girls to easily pass entrance exams at any Russian university. For example, Bened entered the Finance and Credit Department at the Russian State University of Social Sciences. Simultaneously she studied at an arts college and now works as an interior designer. 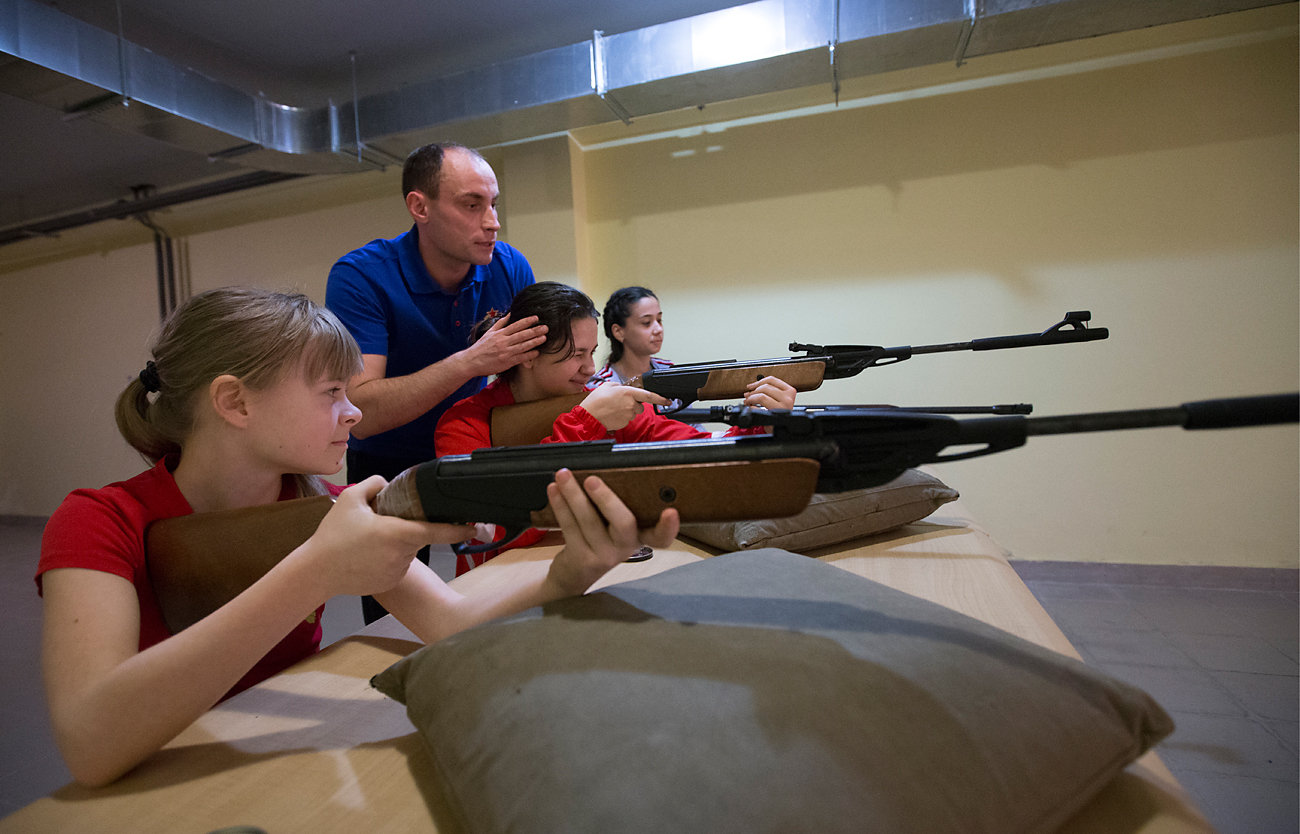 Each year the school sends several cadets to study abroad, paying for the courses, as well as for room and board. Vika Melnikova was one of these lucky girls. First she attended Bath College in the UK and then studied business in America.

The graduates say that both the school's weekday and weekend schedules are filled with exercises and that they would return to their two-bed rooms only in the evening.

"Our day would always begin with physical exercise and a good hearty breakfast. Then we'd go to the lectures and afterwards study additional subjects. There was free time after dinner and on the weekends. We had to be in bed by 11:00 p.m.," says Bened. During the weekends the cadets would attend the theaters, museums and concerts. 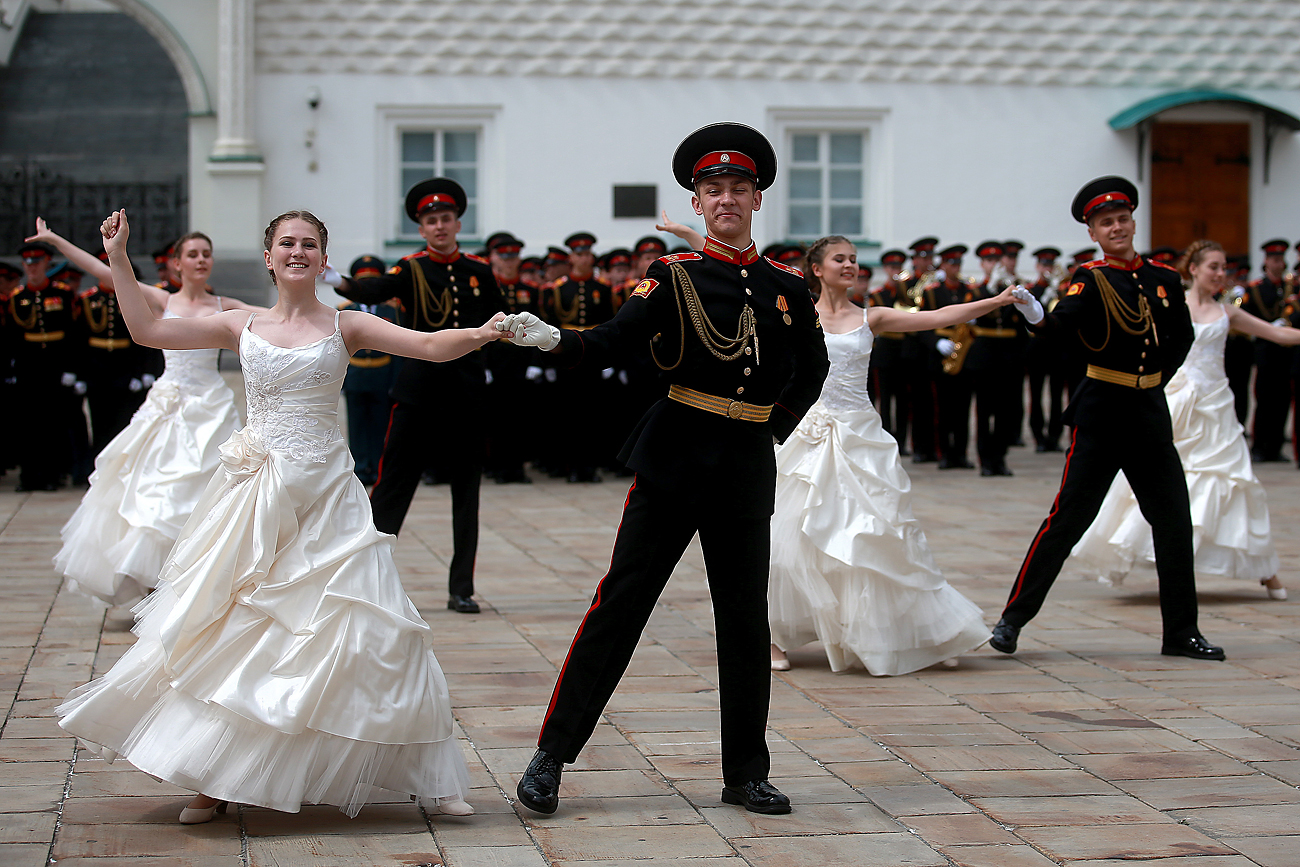 But not only are the cadets' education and leisure time of excellent quality. Their practical and material conditions are also very far from those in the army. The newly arrivals are given a laptop that they use until graduation, while each girl has her own wardrobe.

"We had everything – from ski suits to ball dresses. Our wardrobe designers were famous Russian stylists Kira Plastinina and Valentin Yudashkin," adds Bened.

Physical education in the school is not like it is in an ordinary school. The program was developed based on methods practiced at the Cosmonaut Preparation Center and include exercises to improve one's agility, speed, endurance, flexibility and strength. Additional exercises are conducted by Honored Masters of Sports, some of whom were once part of the Russian Olympic team.

Nutrition is also very important. The school has its own nutrition expert. But sometimes the teachers give the girls small sweets in order to cheer them up far from home.

"I think that relations between the cadets and the teachers are much different than the ones in regular schools. The military school's teachers are not just teachers – they are the only windows to life. Girls miss their mothers and grandmothers and often see the teachers and educators as substitutes," explains Melnikova.

Bened agrees: "I am really grateful to them for their support when it was very difficult. For their belief in us when we were really down. For them being strict and just when it was necessary. Basically, they became our second family."