On their own wavelength: Russia's only radio for the mentally ill 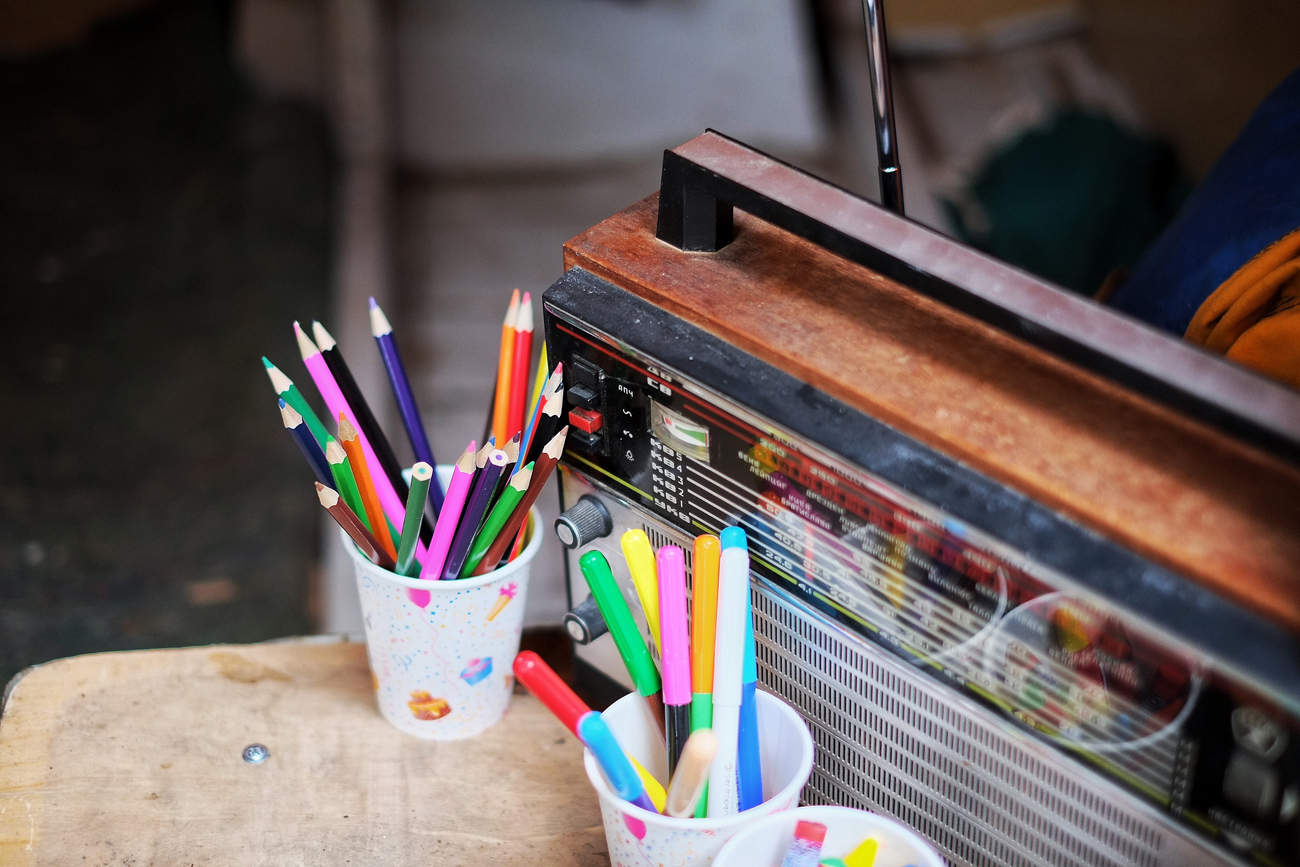 The team of the Zazerkalye radio station started to work in March 2014.

Getty Images
Last year, thanks to volunteer efforts, Moscow’s Psychiatric Hospital No. 1 got its own radio station, making Russia one of a few select countries to have launched a radio channel run by people with mental sickness. Russky Reporter correspondent met some of the people who are participating in the project.

Radio stations featuring c people as presenters and contributors exist in Spain, Mexico, Uruguay, Sweden and Argentina. This is not only an effective therapy, but also an opportunity to change society's attitude to psychiatric patients. Now Russia has joined this exclusive group by launching a radio station of its own.

The team of the Zazerkalye (“Through the Looking Glass”) radio station started to work in March 2014. Moscow State University student Tatyana Shcherbakova, who happened to visit Radio Nicosia, a Spanish radio programs network run by people with mental health issues, decided to make something similar in Russia.

The idea was supported by the regional public organization Psychiatrists Club, and patients wishing to participate in the project were allocated space and time in a day clinic at the Alexeyev Psychiatric Clinical Hospital.

The project was headed by Darya Lebedeva, a radio department student of the journalism faculty at Moscow State University. For the first six months, Zazerkalye's future contributors trained in radio broadcasting.

The radio's website was officially launched in November 2014. Zazerkalye features radio plays, stories, interviews and literary readings. For the time being, the website’s content is made up of short podcasts, but in the future, the station plans to start broadcasting live.

Dima is 47. He looks like a good-natured fat man from Japanese cartoons: big black eyes, a wide smile, a tiny nose and a thin mustache. He is intently reading text written in copperplate handwriting on five album sheets. I press the record button on the recorder.

Moscow’s Psychiatric Hospital No. 1 got its own radio station / Source: Press photo

We are sitting in a room where nurses take breaks from work. There are jars of coffee and packets of biscuits on the edge of the white table, and a calendar with a large photograph of a puppy on the wall. Dima is huffing and puffing as he talks about stigma in psychiatry. I look at his sheets and realize that Dima reads the written text word for word.

"... I think that if our project ... our radio works, then it can become a successful platform in order ... to bring people with mental disabilities together," he says. "Their voices will be heard not just by doctors or other patients, but by other, healthy people. And then we, the mentally ill, will show that we, too, can be useful to society, that we can work and be creative."

And that’s how the first recording session goes on Radio Zazerkalye. What we have at our disposal is a voice recorder, a microphone for vocals and permission to work in a day clinic at the Alexeyev Psychiatric Hospital.

The first meeting is attended by eight patients from different psychiatric hospitals. We are given a large bright room – a creative studio. We put chairs in a circle, sit down and introduce ourselves.

They start with questions, the first being "On which frequency will we broadcast?" and "When will they hear us in Mexico?" They’ve come to the class with a firm commitment to change attitudes towards the mentally ill in the world, to destroy stigmas.

In a sense, I’m disappointed by the meeting: Everybody seems to be too normal. I thought that it would be a gathering of screaming madmen. Later, one doctor says that, on the contrary, they are astute patients, including people with severe disability.

We decide to start by recording an hour-long program. Then we discuss the topics.

I suggest two options of where we can record: In a professional studio at the university or in the day clinic, using a voice recorder and a microphone. They decide that they feel more comfortable in the day clinic. Only Kostya has the courage to go to the studio – he is the only one who is still an inpatient in the hospital.

At one of our meetings I offer to talk about what a mentally unhealthy person is missing.

"Of course, some employment outside the hospital," says Tatyana.

"You see," says Maxim. "It's not that we need money so much... I mean, we don't need a lot of money, it's enough to have just a little. Well, to buy flowers for your girlfriend and to save to buy a new phone.

“But the most important thing is the opportunity to be among healthy people, the opportunity to feel normal. Because what we have now is hateful apartments, in which we become sick, with resentful relatives, and the day clinic, where we are treated as sick people.

Kostya has severe disability, being incapacitated. He has spent the last six months in a psychiatric hospital. Prior to that, he was there many times. He is 36, but he looks like he is 25.

We go to the studio.

Kostya starts talking about how he lost his mind.

"I remember my girlfriend and I decided to hold a séance," he says.

"I was already in that condition when my disease was developing, and I was interested in all things supernatural. I remember writing two words with my fingers: "You're crazy." This is how the spirit answered to me.

Read more: How to become a 'confessor of pain'

“I was very annoyed. I ran outside, caught the car. I was in rubber slippers. It was the summer of 1998. I thought I was being watched by the security services. It suddenly seemed to me that I needed to talk to some officials about what was happening in our country. And I went to the Kremlin for this purpose,” he says.

“But, passing by the building of the FSB [Federal Security Service], I decided to stop the car, I thought I should go there. It was deep night, the main entrance was closed, there were no guards there. So I started to pound on the door and yell, and I broke the rectangular door frame. I spread out by the threshold in a pose of Christ. I thought I was a superman.

“A few minutes after, the guards did come running. I asked them to put me in contact with the prime minister. As a result, they called the police. Two weeks later, I was in a mental hospital."

Sergei Yenikolopov, head of the Medical Psychology Department of the Mental Health Research Center at the Russian Academy of Medical Sciences:"Any inclusion of the mentally sick in an active social life is positive. The question is how to control it, to prevent a larger load than they can bear. First of all, it is about how people cope with their responsibilities. It is one thing when a healthy person cannot cope with work and they can be told about this, but another thing is a mentally sick person who cannot cope or feel that they cannot cope.“There must be a very delicate atmosphere of tasks and steps from one success to another. Another very important aspect is that this should not become a temporary toy for the organizers. For the volunteer movement, this is normal – to come and help and then leave. In the case of sick people, there is a very big responsibility for people they have taken charge of."

Attitudes to children with disabilities in Russia changing, if slowly>>>