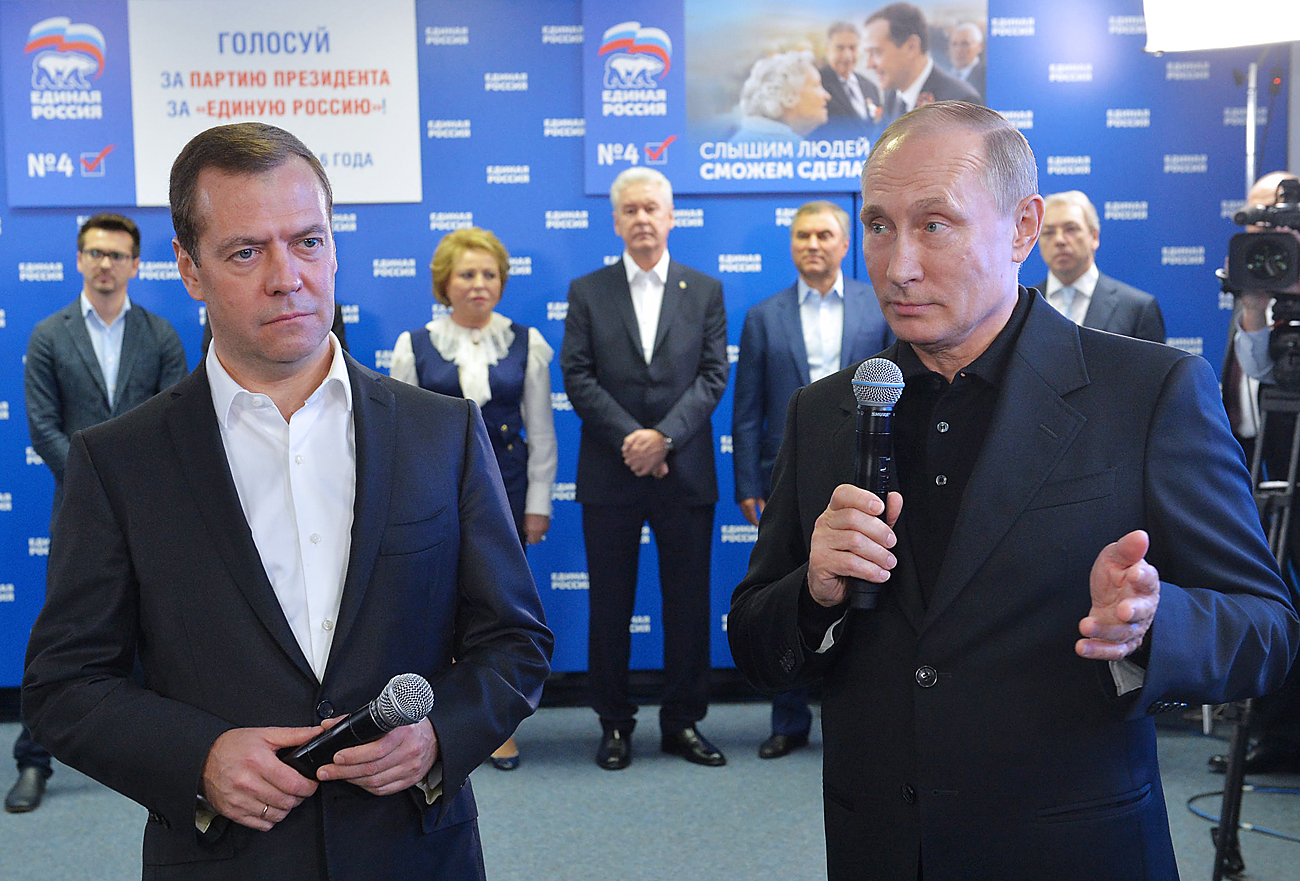 Alexei Druzhinin/Russian Presidential Press and Information Office/TASS
The ruling United Russia party has won more than 70 per cent of seats in the State Duma and the majority of votes in single-seat constituencies. The composition of the new State Duma also remains unchanged, with just three other parties exceeding the 5 percent threshold. However, turnout was less than 50 percent.

According to preliminary estimates, the ruling United Russia party has won the Sept. 18 parliamentary elections by a landslide margin, receiving 54.23 percent of the vote, which gave it at least two thirds of the seats and a constitutional majority in the State Duma. It looks almost certain that United Russia will have more than 76 percent of seats in the lower house.

The main intrigue is the status of the second largest faction in the lower house of parliament: it can go either to the Communist Party of the Russian Federation (CPRF) or the nationalist Liberal Democratic Party of Russia (LDPR). According to preliminary calculations, they received almost equal number of votes – 13.65 percent and 13.39 percent, respectively. The fourth party to enter the parliament is A Just Russia, which won 6.16 percent.

Voter turnout of 47.8% at Duma elections comes as expected

The results mean it is already clear that the seventh incarnation of the State Duma will be formed of the same four parties that sat in the previous two. Ten other parties failed to get over the five-percent threshold needed to enter parliament. The democratic Yabloko party won 1.69 percent, business ombudsman Boris Titov’s Party of Growth received 1.07 percent, while the right-wing liberal opposition Parnas party led by former Russian Prime Minister Mikhail Kasyanov got less than 1 percent of the vote.

"People have shown good citizenship," said Russian President Vladimir Putin, commenting on the elections, for which turnout is estimated at 47.81 percent. "This can also be seen in the turnout – it is not the largest of what we have seen during the previous election campaigns, but it is high. The result is good."

The comment by Central Electoral Commission head Ella Pamfilova was shorter: "The turnout was pretty standard," she said at a briefing. In 2011, the turnout was 60.2 percent, in 2007 – 59 percent.

Unlike in 2011, when allegations of widespread vote-rigging resulted in large street protests against the government across the country, reports of irregularities and vote-tampering were relatively few on this occasion and were limited to several regions. Pamfilova declared that the elections were “legitimate.”