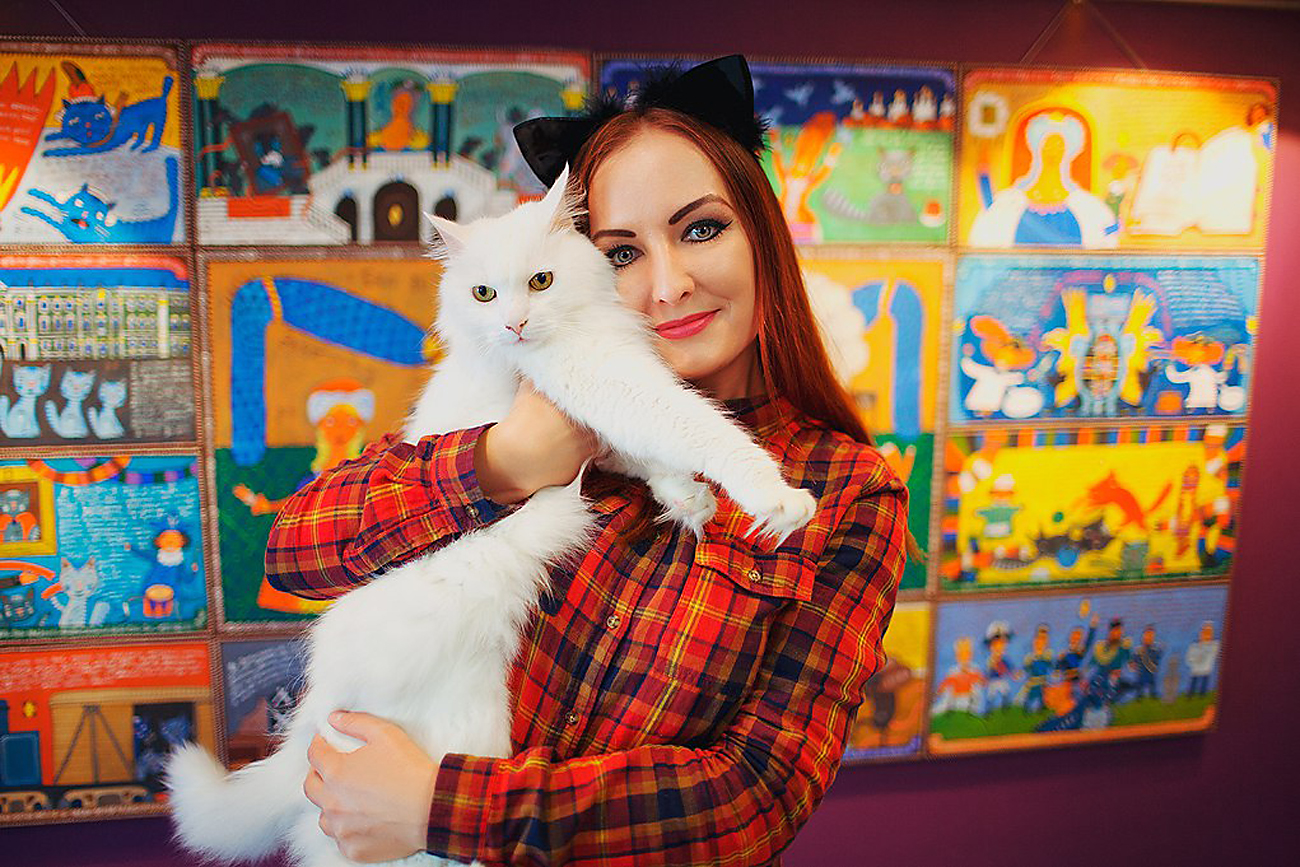 16-year old Vallin de-la-Mothe was voted in for a second term.

Press Photo
The Cats Republic cat café in Russia’s northern capital marked the parliamentary elections with a vote of its own, with the “catizens” of the “republic” electing the incumbent for a second term.

The parliamentary elections held throughout Russia on Sept. 18 were not the only ones conducted in the country – the “catizens” of the Cats Republic cat café in St. Petersburg chose their own leader in “elections” held on Sept. 16.

Voting for the five candidates was held in two rounds. The first round consisted of online voting by visitors to the cat café; alternatively visitors voted for their favorite by leaving money in a pot for one of the candidates. All proceeds went to the five charities for the protection of St. Petersburg’s stray cats.

The second stage of voting was undertaken by the cats themselves. The two winning candidates from the first round, Dora Maar and Vallin de-la-Mothe, were chosen. Each had their picture put above a food bowl full of cat treats, and the other “catizens” were then responsible for choosing their preferred candidate by eating out of one of the two bowls.

The incumbent, 16-year old de-la-Mothe, was voted in for a second term, winning with 14 votes to Maar’s eight. Three cats abstained, but gave no reason for doing so. No irregularities were reported.

Vallin de-la-Mothe was undeniably the favorite; the white tomcat has his own Twitter page, on which new photos are uploaded daily. Vallin de-la-Mothe and Dora Maar, although now retired, previously found employment at St. Petersburg’s most famous museum as “Hermitage cats,” the legendary felines whose job is to rid the Winter Palace of rodents and other vermin, a practice that has been going on in the former residence of the tsars since the 18th century.

Cats Republic functions as a sort of retirement home for the Hermitage cats, as well as a haven for ex-strays. Visiting the café is a serious matter: Every visitor has to apply for a “visa” to visit the café, which is only granted after paying a small fee.

Upon entering the café, the “ambassador” of the “republic” asks visitors to meow three times to guarantee entry. It was the second time elections have been held at the café, which was only set up five years ago.