To ride or not to ride: ‘Shakespeare’s cat’ jumps on the Moscow metro 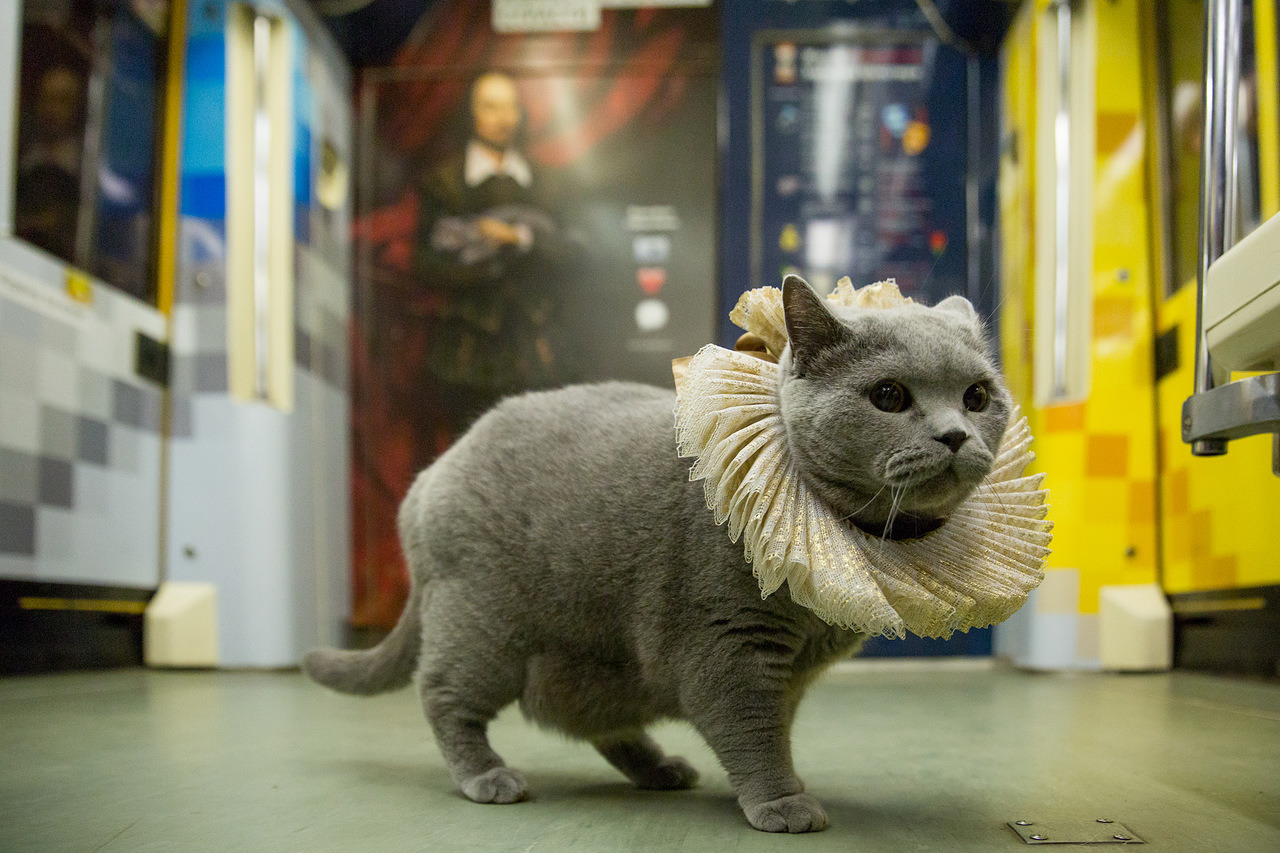 A cat in the Shakespeare train of Moscow metro

Press photo / Moscow metro
A lookalike of a cat once pictured with Shakespeare has boarded a special train devoted to the English playwright that is running on Moscow’s underground rail network.

A British shorthair cat has become one of the first passengers of Moscow’s revamped "Shakespeare train" – surprising passengers on Oct. 12 with its uncanny resemblance to a cat pictured with the English playwright that features in the interior decoration of the train.

The "Shakespeare train" was launched this May by the Moscow Metro, together with the British Council, to celebrate the UK-Russia Year of Language and Literature and the 400th anniversary of Shakespeare's death.

The train, which is decorated with pictures of Shakespeare and quotes from his works, has been running on the Filyovskaya line of the Moscow metro for half a year and now the renovated and improved cars are to be transferred to another line – the Arbatsko-Porkovskaya.

One of the capital’s busiest metro lines, the Arbatsko-Porkovskaya line is used by around one million passengers daily.