Death by hawthorn: The ‘bath lotion’ that has killed over 70 Russians 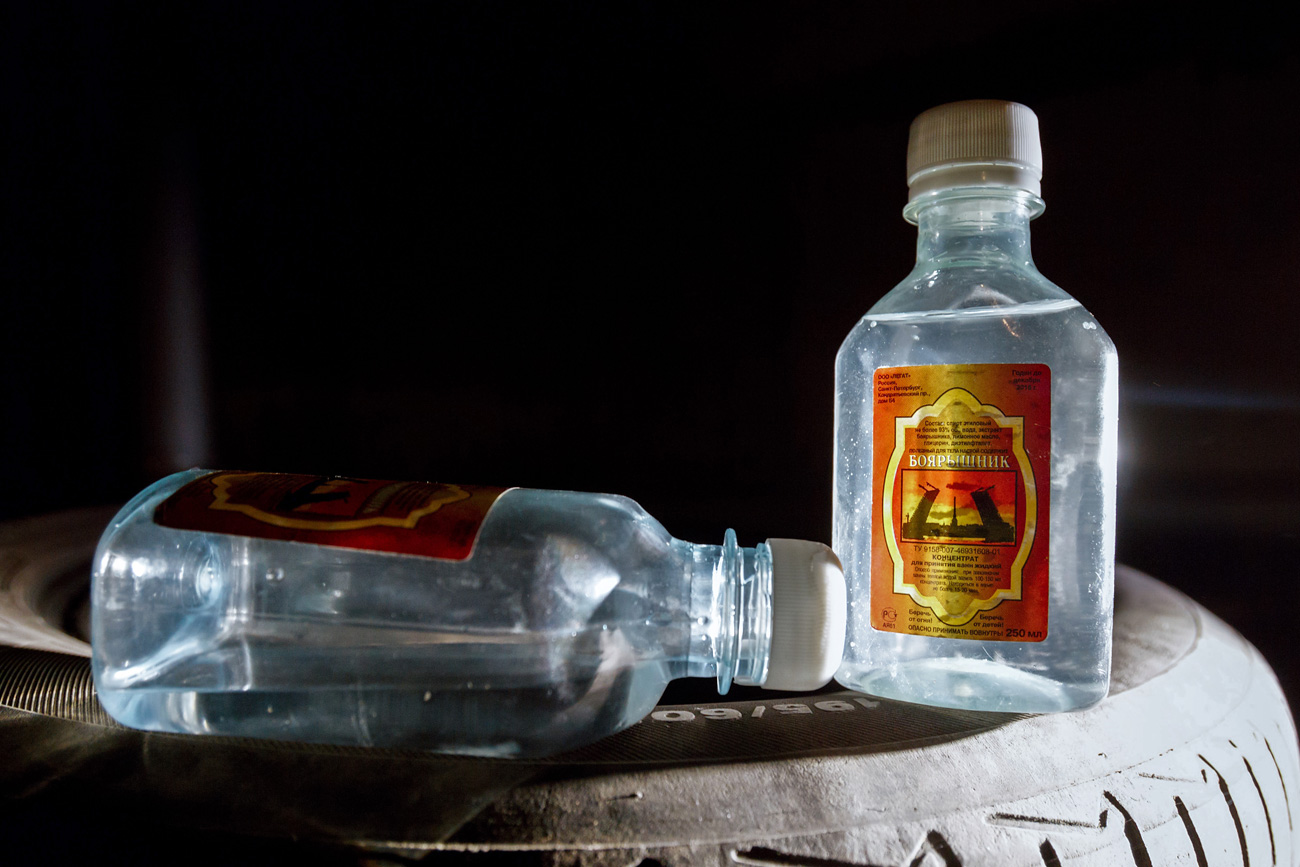 Vladimir Smirnov/RIA Novosti
A spate of deaths in Irkutsk caused by ingesting a bath lotion reveals only the tip of the iceberg of Russia's problem with alcoholism and the thriving market for alcohol surrogates that has sprung up to cater for cash-strapped drinkers in the provinces.

Russia’s government is drafting amendments that will introduce tougher legislation on the sale of alcohol-based cosmetic products following a mass poisoning incident in the Siberian city of Irkutsk, 2,600 miles to the east of Moscow.

In the space of several days over 70 people died and nearly 40 were hospitalized after consuming Boyaryshnik (“Hawthorn”), a product containing alcohol marketed as a bath lotion.

“It is difficult to recall another single incident that would have resulted in such a massive death toll caused by intoxication. This is akin to a terrorist act,” wrote the Russian business daily Kommersant on Dec. 20. The authorities are now urgently withdrawing the lotion from circulation.

But why had so many people ignored the warnings on the label and consumed what was clearly a cosmetic product? The truth is that they had no intention of using the “lotion” for their baths. Cash-strapped and drinking heavily, they were purchasing it as the most affordable source of alcohol (the “lotion” was 93 percent by volume). In many Russian regions, where alcoholism is a chronic problem, it has long been a tradition to buy hawthorn extracts (also high in alcohol) from drugstores as cheap alcoholic drinks rather than medicines.

Boyaryshnik and similar medical and cosmetic products enjoy steady demand in the Russian provinces. They sell for 20 to 30 rubles ($0.30-0.40) per 250 ml bottle on average, which makes all the difference if compared to the minimum retail price of vodka, which currently stands at 190 rubles ($3) per 500 ml. This is because alcohol is taxed, while alcohol-containing cosmetics and medicines are not.

Vadim Drobiz, head of the Research Center for the Federal and Regional Alcohol Markets, says between 12 and 15 million Russians, or over 10 percent of the population, regularly consume medicinal infusions and cosmetic lotions.

In early 2016, go-getting entrepreneurs started setting up vending machines for hawthorn infusions in a bid to capitalize on the economic crisis and the related decrease in wages. There was even an online advertising campaign for such units.

The machines proved to be an extremely profitable investment; they would pay off in the first month of operation and start generating sizable revenues. Anyone, including children, could buy their liquor from them around the clock. The business was formally entirely legitimate and not regulated by any restrictions on alcohol sales.

Russian officials at all levels, from parliament to local public servants, were aware of the problem but did nothing serious about it. In a number of instances they would simply persuade the entrepreneurs to remove the machines. As an example, after a vending machine for Boyarka infusions was installed in Kaluga (100 miles southwest of Moscow), the authorities did not find any fault with this, although they made the owner remove the device lest children should gain access to it.

Local criminal groups and regional officials often provide protection for this huge multibillion business, say opposition members and journalists. Hawthorn infusions and similar products account for about 20 percent of the country's entire legal alcohol market. According to the Federal Service for the Regulation of the Alcohol Market (Rosalkogolregulirovanie), the segment has been growing steadily by nearly 20 percent per year.

The Irkutsk tragedy happened because the lotion manufacturer had decided to use the popularity of hawthorn infusions as the most affordable alcoholic drinks, but instead of ethanol used extremely poisonous methanol, without stating this on the product label.

Even though the label warned against ingesting the lotion, potential customers judged that the lotion should not be that different from the hawthorn infusion they had grown used to consuming.

Three days after the first reported poisonings, when the scale of the incident became clear, the Kremlin stepped in. President Vladimir Putin ordered more stringent rules for the manufacture and circulation of such products.

People, however, are skeptical of the Kremlin's ability to win this war: “The problem will stay,” Igor Yurgens, president of the Institute of Contemporary Development, told RBTH.

“If it is not alcohol surrogates then [people will be consuming] moonshine; if it is not moonshine then something else. This will continue for as long as the population does not have the money to buy the affordable vodka it wants. Either the alcohol prices should go down, or the living standards should be brought up gradually. There is no third way,” said Yurgens.

So far, however, those used to consuming Boyaryshnik continue to procure it through unofficial channels: “We drank it yesterday and today, it is still available, we are just on our way to get some more, and we feel fine, nothing out of the ordinary,” an Irkutsk resident told news organization Life.

Read more: What and how often people drink in Russia