By air, land and sea: Putin’s modes of transport 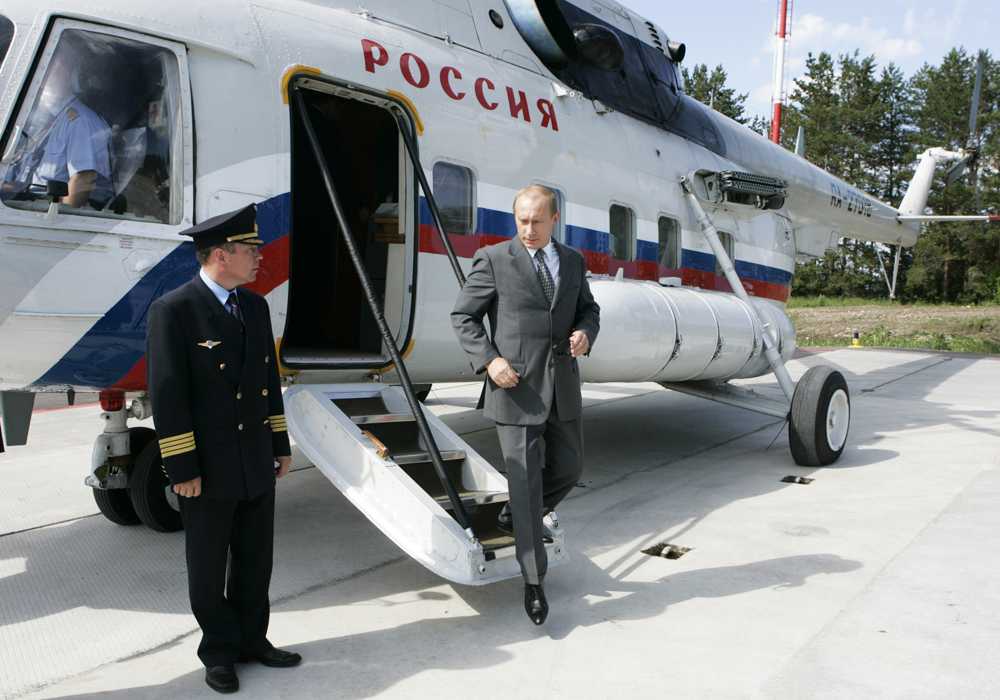 Russian president Vladimir Putin steps off the helicopter on arrival at the Volzhsky Utyos residence in Samara Region.

Mikhail Klimentyev/TASS
A fleet of limousines, planes and watercraft are kept at the ready for the needs of the Russian president and his entourage.

Russian President Vladimir Putin makes use of a number of special vehicles to move between appointments — in the air and at sea, as well as on land.

He most often travels in a Mercedes-Maybach S600 Pullman limousine. The Federal Security Service (FSS) register lists 11 such vehicles in the presidential pool. All the cars are operated by a special FSS unit – the GON, or special-purpose garage. The unit was established in 1921, when the Council of People's Commissars issued an order to allocate several cars to serve Lenin's family.

The presidential limousines must include an armored salon, an emergency run system (which gives the car the ability to move for at least 18 miles at a speed of 50 miles per hour, even if all four tires have been shot out), as well as an air quality control system and other amenities. 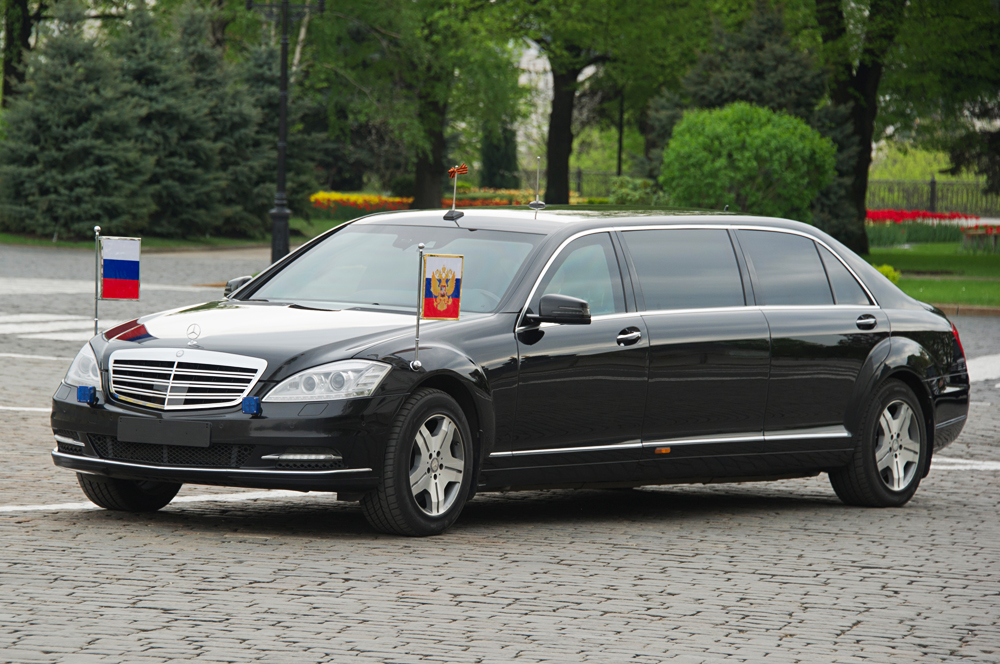 Candidates for the position of presidential driver are put through an extensive battery of psychological tests and training in driving under extreme conditions. The process to become one of the president’s drivers is long. Candidates must first work for a number of years in the FSS operational division followed by several years as a driver of one of the presidential escort vehicles. After that, candidates can compete to drive for the president or the prime minister. The process takes between seven and 15 years on average.

There are more than 10 presidential drivers, and even after attaining this position, they have to continue training. At least once a week, each driver must go through a training session. Mandatory training exercises include shooting while driving and driving on a training simulator that simulates ice, a water barrier and an explosion.

In October 2012, the Kremlin’s Taynitsky garden was equipped with a helipad for Putin, who flies exclusively on Russian Mi-8 helicopters. Putin was not the first president to land on a helipad in the Kremlin; President Boris Yeltsin’s helicopters landed on Ivanovo Square, but it was determined that the vibrations made by the helicopters could damage the Kremlin’s historic buildings, so the helipad was moved.

There is an entire flight group under the auspices of the Presidential Affairs Administration. The group provides transportation to the president, prime minister, foreign minister, speaker of the State Duma, other top officials and the Russian Patriarch. The journalists of the Kremlin and the prime minister's pools, members of their delegations, employees of the press service and protocol officers are also transported by the group. 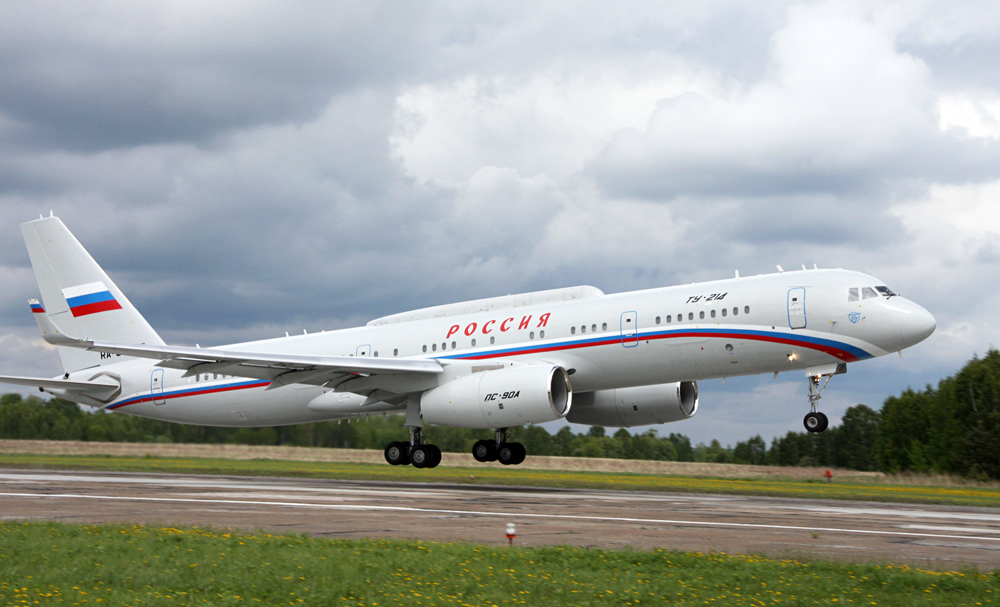 The fleet incudes Il-96-300 and Tu-214 planes. Soon, these will be supplemented with a pair of Sukhoi Superjet 100s. The group also maintains a special plane equipped with special communications systems that allow the president to negotiate and manage the nuclear forces of Russia in an encrypted mode. The unit is based at the Vnukovo-2 airport.

Since 1996, the main presidential plane has been a much-modified version of the Il-96 passenger plane. While in flight, the head of state can contact any agency or institution. He can also conduct international calls or conference calls. Additionally, the plane includes the capabilities necessary for the president to act as the Supreme Commander of the armed forces, although so far this has not been necessary. 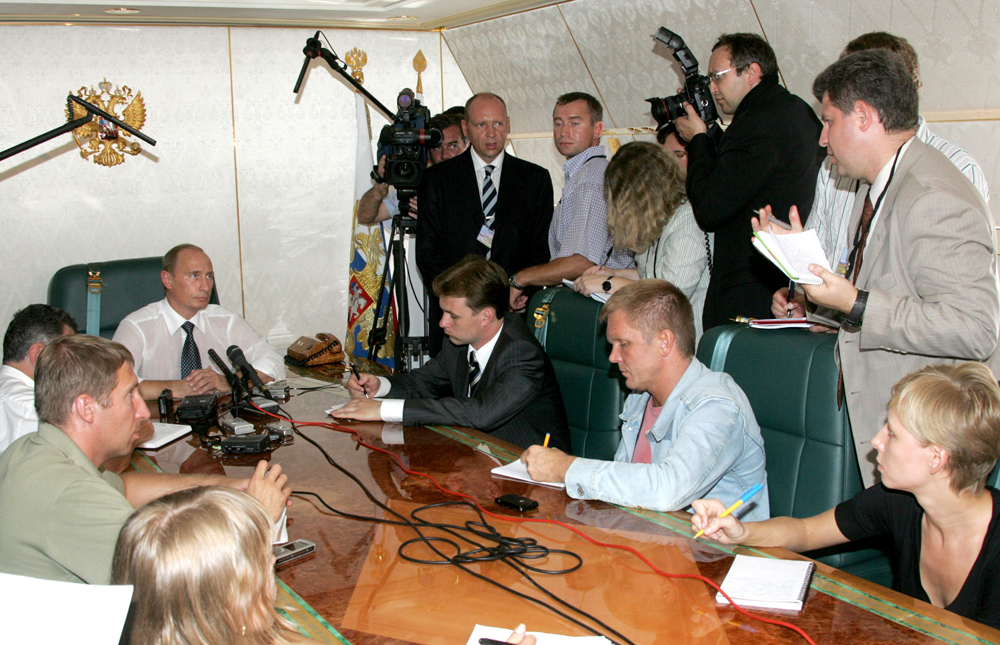 For traveling by water, the assets of the Presidential Affairs Administration include two boats, three ships, seven boats and one sailing catamaran. When Putin inspected the sunken Byzantine ship at the bottom of the Black Sea, he traveled by bathyscaphe, but this vessel belonged to the Russian Geographical Society. 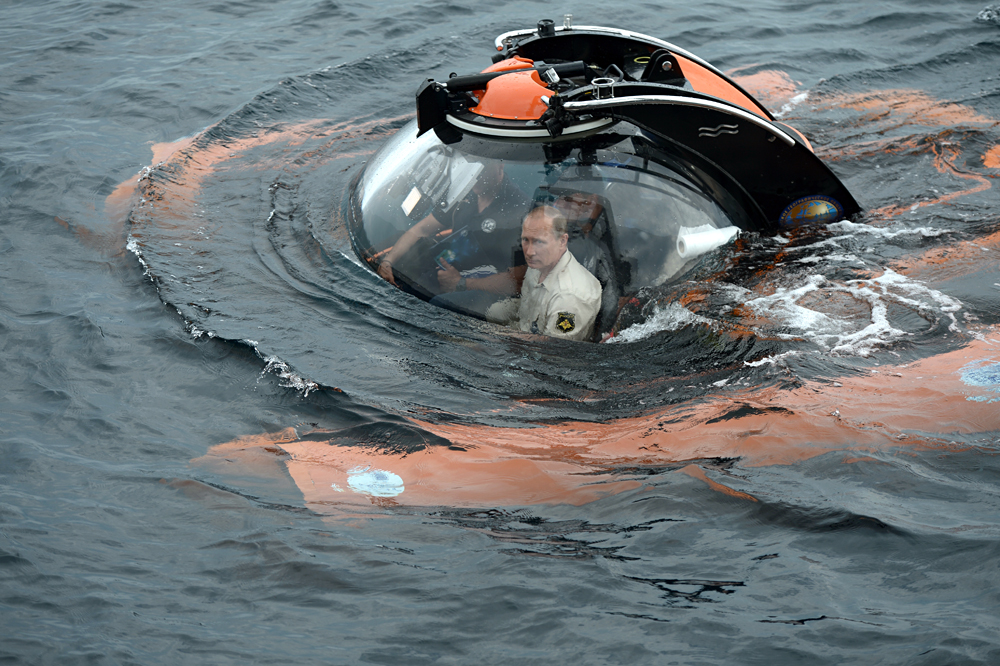 NTV journalist Vadim Takmenev once asked while riding with Putin if the president was aware of the immense traffic jams caused by the presidential motorcade. "I apologize. I am sorry. But what can I do, I need to work. How else can I move around?" Putin replied. Takmenev suggested he might follow the example of French President Francois Hollande, whose motorcade stopped at traffic lights on the way to his inauguration. "He is a good man. But I do not do populism," Putin replied.

First published in Russian by Lenta.ru