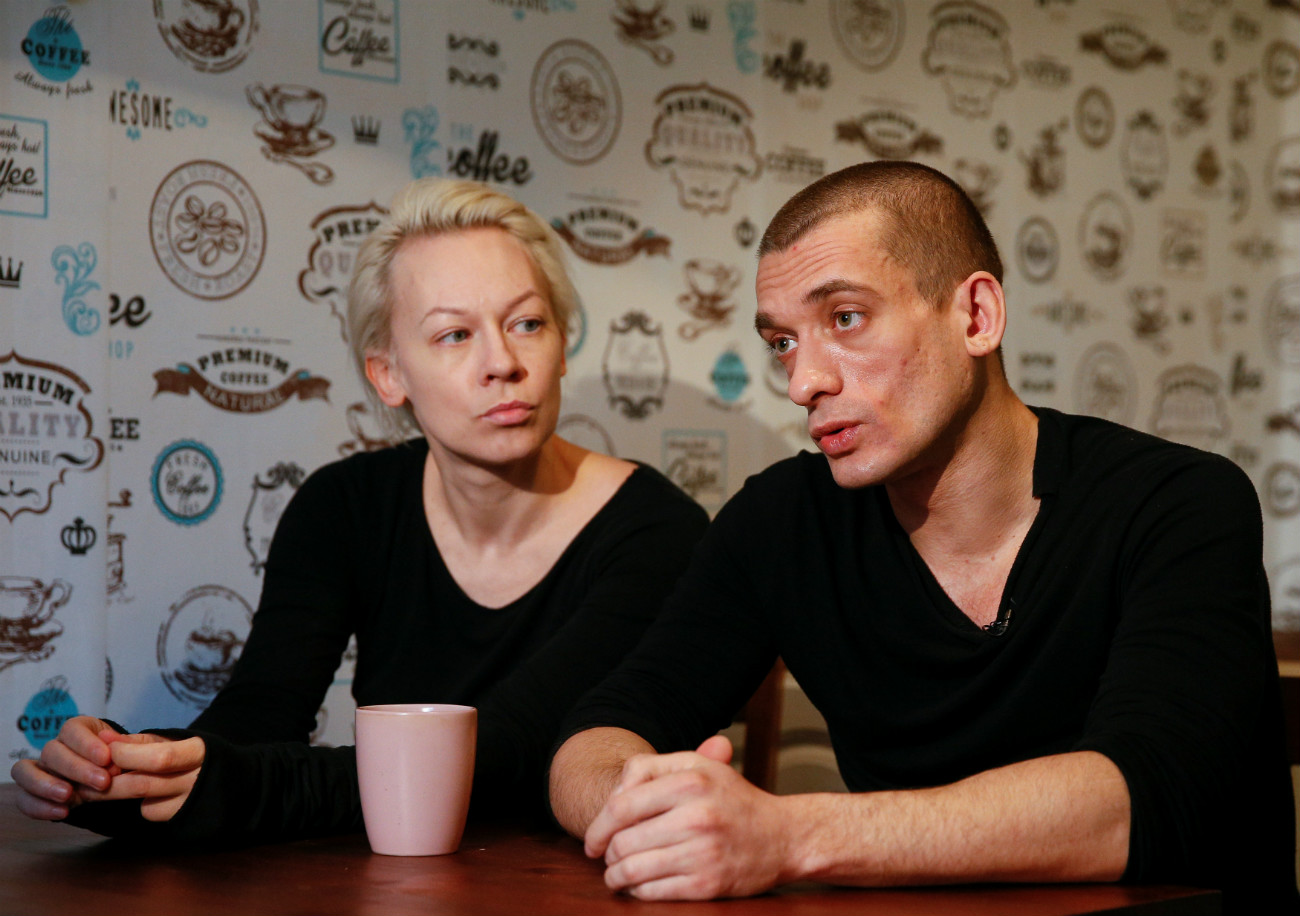 Russian artist Pyotr Pavlensky (R) speaks while his partner Oksana Shalygina looks on during an interview with Reuters in Kiev, Ukraine.

Reuters
Pyotr Pavlensky has left Russia and plans to apply for political asylum in France. Why has this happened and what does not add up in the suggestion that the secret services are involved?

Russian performance artist Pyotr Pavlensky has left Russia for France with his family, accusing the security services of political persecution.

In Russia, he and his common law wife and collaborator Oksana Shalygina, have been accused of attempted rape. Having left the country together with their two children, they intend to ask for political asylum. 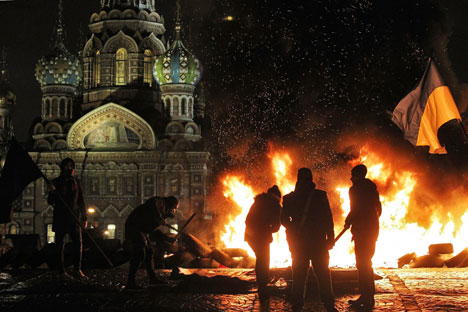 "The burning door of the Lubyanka is a gauntlet in the face of the terrorist threat. The FSB poses a risk to 146 million people… One has to fight against this," Pavlensky said in November 2015 after setting ablaze a door at the Lubyanka - the headquarters of Russia's intelligence agency, the FSB, in Moscow.

Neither criminal charges for hooliganism and vandalism (actions that included nailing himself by the scrotum to Red Square in a statement against the fatalism and apathy of Russian society and burning tyres in support of Ukraine's Maidan revolution) nor a hefty 500,000 ruble fine ($8,450) for torching the door forced Pavlensky to give up his "political art."

On Jan. 16 news that he had left Russia appeared in media outlets.

Now new details are emerging about how and why he and his family fled Russia. Many in the arts community allege that Pavlensky's actions are unconnected with politics, art, theater or "anything like that."

On December 14, 2016, when Pavlensky and Shalygina flew into Moscow from Warsaw, officials from Russia's Investigation Committee were waiting for them at the airport. According to Pavlensky, after being questioned for seven hours, they were allowed to go after being told: "We need to collect all the evidence, so today you can go but, of course, you must come back as soon as we call you."

That day, the self-styled political artist, left with Shalygina and their two daughters for Ukraine via Belarus and then flew to France. The charges they face carry a maximum sentence of 10 years and, if they are jailed, their daughters will be taken into care. 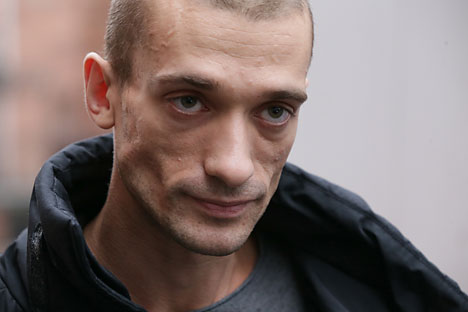 Anastasiya Slonina, an actress with Moscow's Teatr Doc company, complained about the couple to the police. "Pavlensky and Shalygina telephoned Slonina and invited her to their home. She went. There was an attempt to rape her, she received knife wounds which were not life threatening. She left the place almost naked with cuts to her fingers. It happened in December," Vsevolod Lisovsky, Teatr Doc producer, told Novaya Gazeta. Slonina herself has not commented.

Pavlensky confirms that Slonina came to see them but, according to him, they simply talked and "there was some adolescent romp and nothing more." Allegedly they parted company as "friends."

"Everyone knows that Oksana and I have free relations; we don't recognise the institution of marriage and they decided to use this against us. I cannot say how long Slonina has been dealing with the police and what advantage she was seeking for herself," the performance artist said.

"With the authorities having burnt their fingers on Pussy Riot, virtually turning them into heroes by putting them behind bars, it is quite possible that in Pyotr's case they decided to use the special services to destroy his reputation," Russian gallery owner and collector, Marat Gelman, who now lives in Montenegro, told RBTH.

But just hours after the news broke that Pavlensky had fled Russia, members of Teatr Doc revealed details of another criminal case against him. They claim that Pavlensky, his wife and a group of friends are accused of attacking and beating Slonina's former boyfriend. To prove this they have posted CCTV video of the incident online, though it is of poor quality and the faces of those involved cannot be seen.

Pavlensky says the fight did take place, but he knows nothing about the criminal case.

According to people who know Pavlensky, he would not have left the country had it not been for the threat of a prison sentence, and after what Teatr Doc claims, political persecution is not what springs to mind.

"They fled persecution after being accused of violent actions of a sexual nature. There is only one question - how did they manage to do this, and why were they allowed to go?" Anton Litvin, performance artist and owner of the Ru.Litvin gallery, told RBTH. "In my view, there is no political persecution of any kind here. What could it have been for? He is a loner and works only for himself. He does not unite (people), he divides them."

According to Litvin, Pavlensky's actions are useful to the regime as arguments about him split liberal sections of society. "(Pavlensky and Shalygina) have gone too far. What they call 'free relations' was violence as far as the actress is concerned," he added.