Why did Soviet Union's most notorious would-be-assassin shoot at Brezhnev? 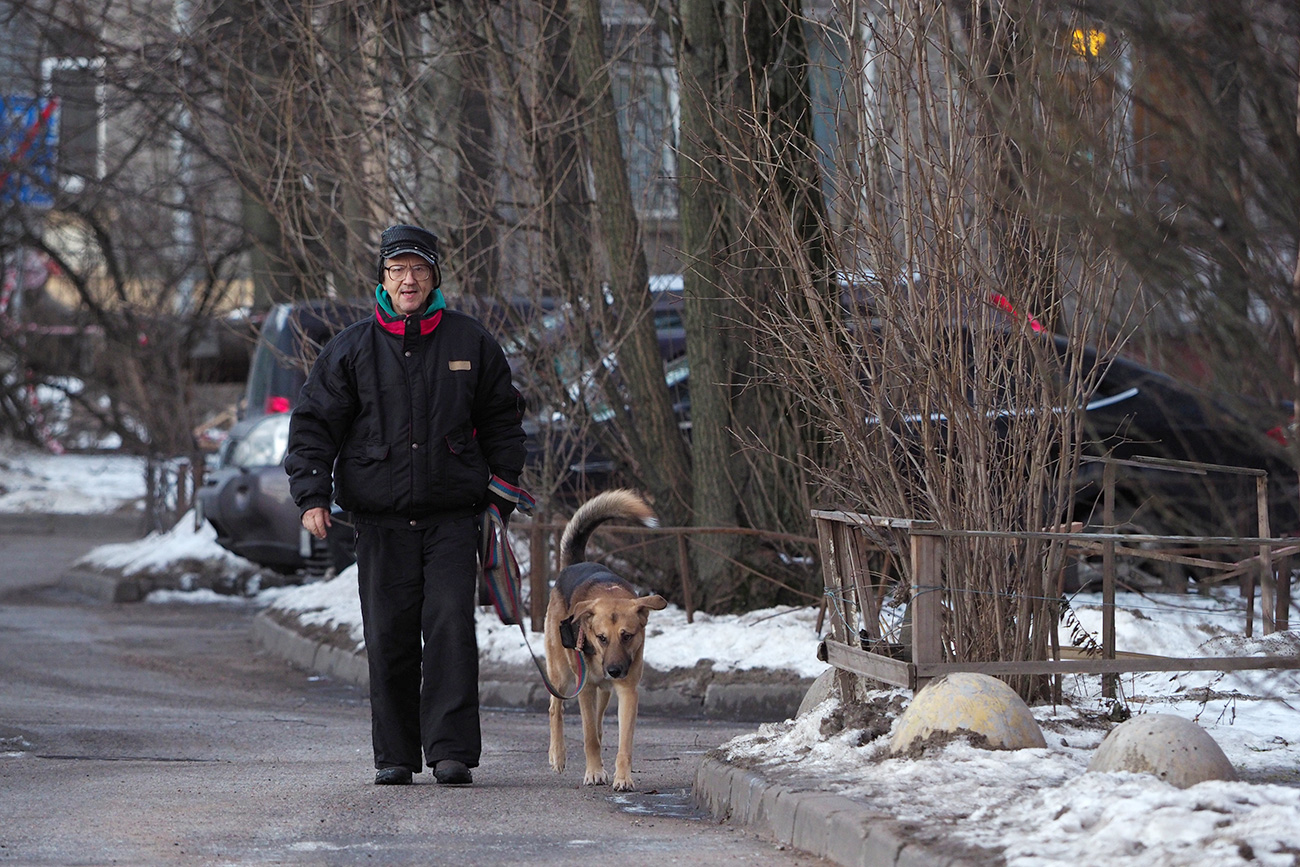 Lev Romanov
On Jan. 22, 1969, the Soviet Union found itself in an unprecedented state of emergency: Just outside the Kremlin walls a gunman had shot at the motorcade of the country's leader, Leonid Brezhnev, killing one person and wounding four others. The would-be-assassin did not receive the death penalty and is alive today. RBTH spoke with the man who attempted to assassinate the Soviet leader about why he did it.

One would never guess that this friendly and gaunt old man walking a mongrel dog named Khazar that he adopted and saved from the -30 degrees Celsius cold, is a former terrorist.“If a 70-year-old man looks at the world the same way he did at the age of 20, he has lived in vain," says Viktor Ilyin. Viktor is turning 70 this year and was 21 when he tried to assassinate Brezhnev. 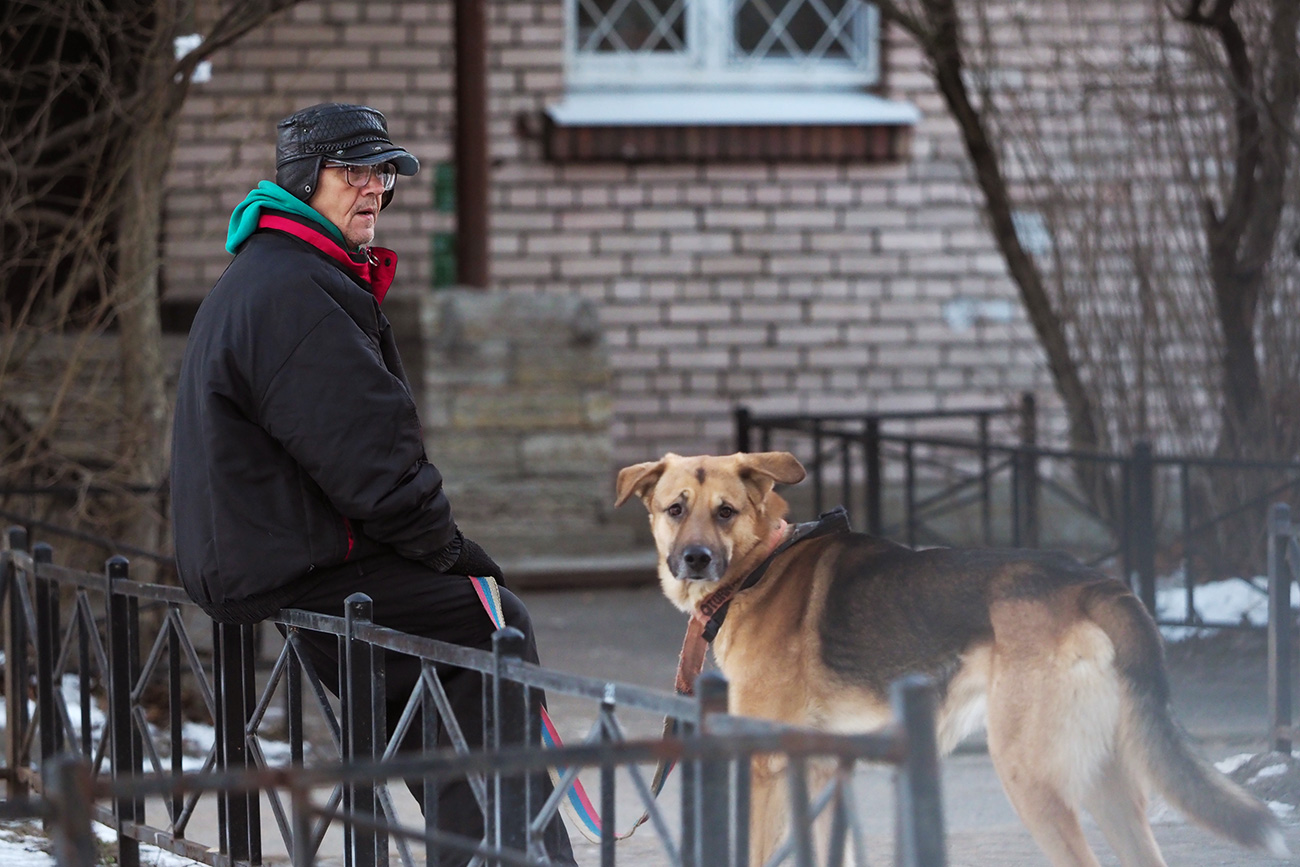 "If I could return to 1969, I wouldn't kill anyone. Thank God I have the opportunity to say this now. When I was shooting at the motorcade I did not think I had a future. It was a suicidal act. But fortunately I was given a second life."

A pension instead of the firing squad

Ilyin was not convicted for his crime, which would have carried the death penalty, but was instead charged with four other serious offenses: terrorism, murder, stealing weapons and desertion. He was declared insane and sent to mandatory treatment in a psychiatric hospital despite the fact that everyone who interrogated him, including then head of KGB and future leader of the USSR, Yuri Andropov, said from the beginning that Ilyin was cognizant of his actions and motivated by ideological reasons.

"To admit that a Soviet citizen in his right mind had shot at Brezhnev would have meant to admit the fact that dissatisfaction with the communist system was brewing in the country. This was impossible," explains Viktor. "That is why they decided that only a madman was capable of assassinating the head of the USSR." 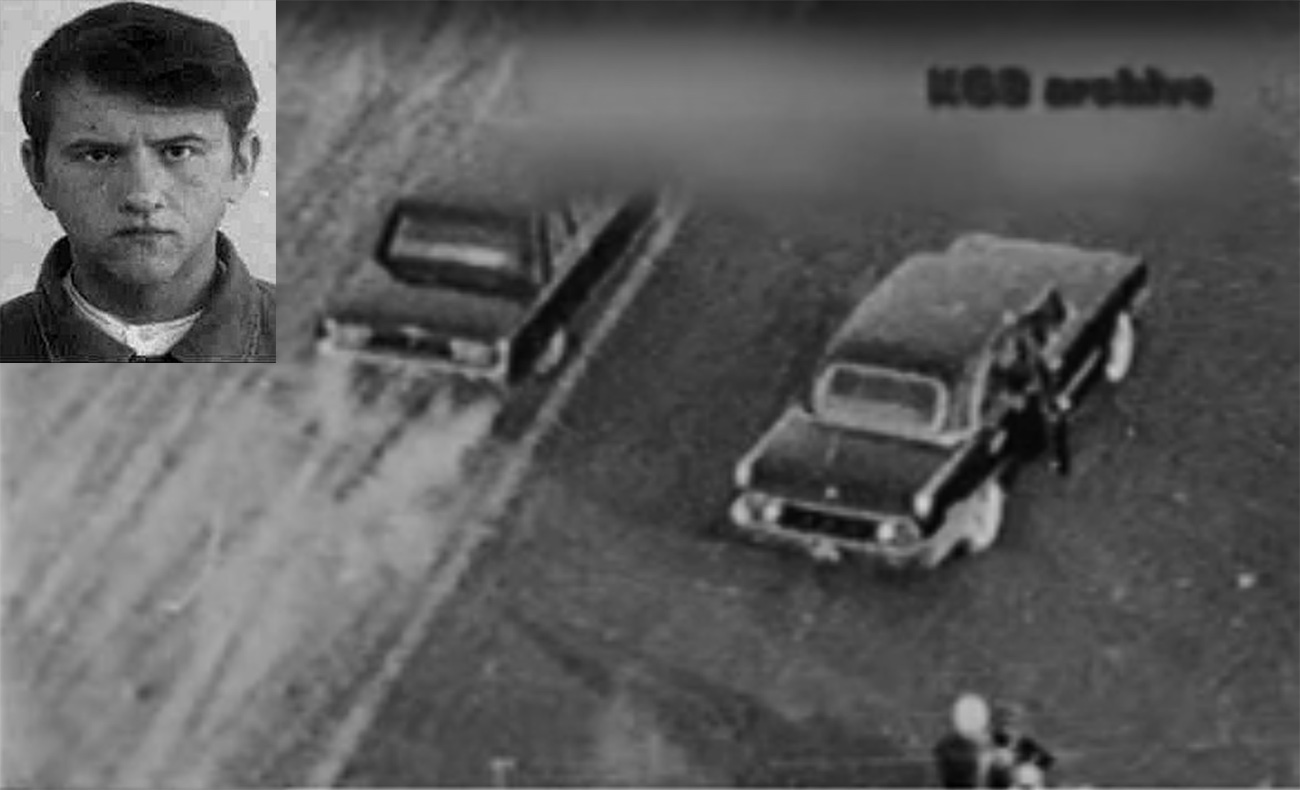 Back then no one could have imagined that 20 years later the Soviet Union would dissolve, and the new Supreme Court would release the terrorist, practically turning him into a resistance hero, much less that the government would even provide Ilyin with a studio apartment on the outskirts of Leningrad (currently St. Petersburg), where he was born and grew up, along with a pension.

It is difficult to understand today whether or not Ilyin was in his right mind at the moment of the assassination attempt. The years he spent in the psychiatric hospital took their toll. When speaking, Ilyin constantly changes subjects, intertwining accounts of the crime's circumstances with his poems and bragging about the renovation work in his apartment, which does not actually contain anything besides piles of paper and garbage.

Ilyin claims that he was not given strong medication in the hospital. "I had heard of 'punitive psychiatry.’ I was afraid they would inject me with haloperidol and turn me into a plant. Especially since I was sent to a hospital far from Moscow, in Kazan (the capital of the Republic of Tatarstan - RBTH). If anything had happened to me there, no one would have found out. But in the end I was treated as a human being. I was just given some pills."

A letter to the Kremlin

The reasons behind Ilyin’s decision to shoot at Brezhnev are most likely related to his childhood. Viktor was less than two years old when he was taken away from his parents, who were chronic alcoholics, and grew up in a foster family. In school he barely communicated with anyone and admits he suffered from a lack of attention. 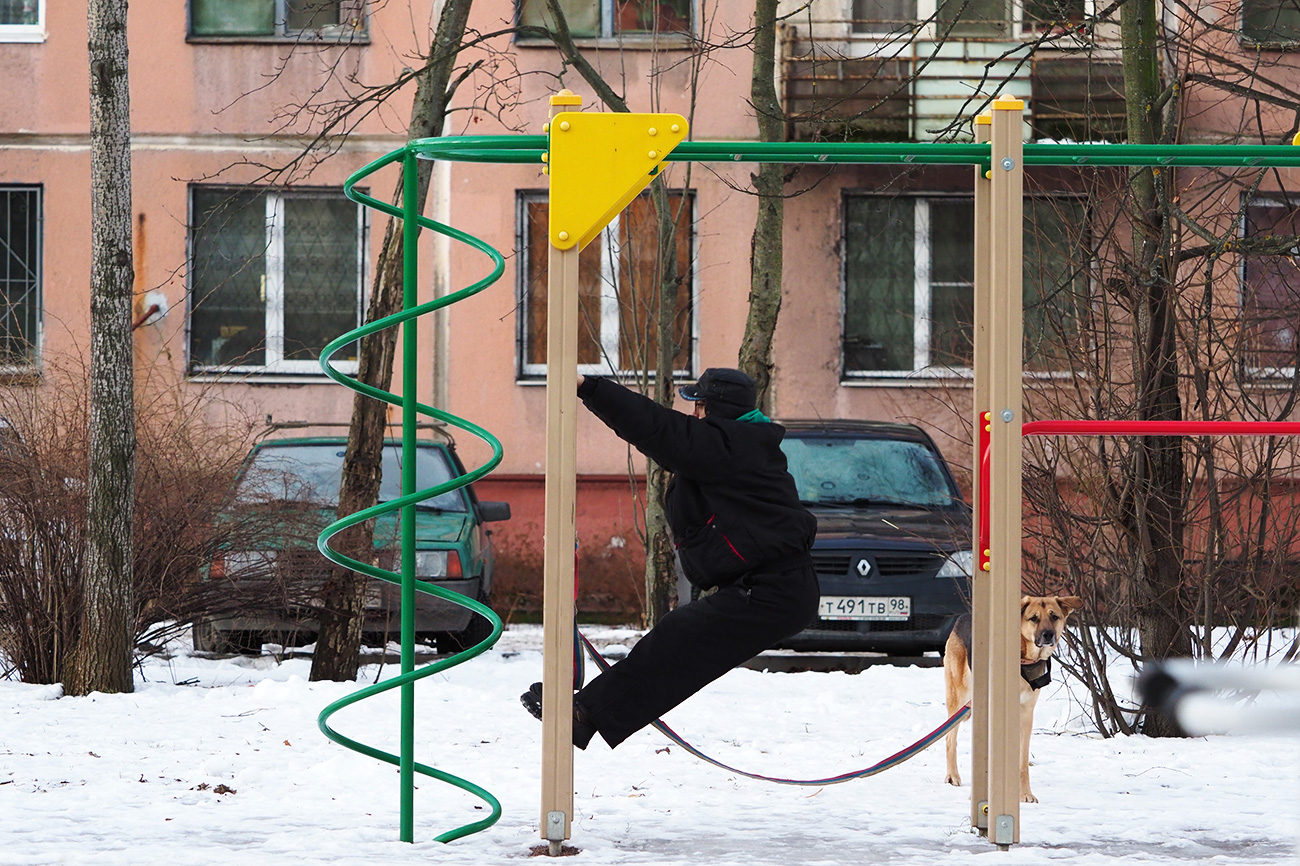 The reasons behind Ilyin’s decision to shoot at Brezhnev are most likely related to his childhood / Source: Lev Romanov

"In high school I dreamed of becoming a geologist," Ilyin recalls. "Back then this was considered the most romantic profession in the Soviet Union — expeditions, new encounters, unexplored lands, songs by the campfire. I entered a topographical technical school, travelled to many cities and regions far from Leningrad. But what I saw left a depressing impression on me. Poverty, drunkenness, devastation — not exactly what they showed on Soviet television. I understood that this is how the entire country lives, while the Communists just lie shamelessly. In the beginning I did not plan to carry out a terrorist act against the country's government. I drafted a reform plan, which included a monthly payment to each citizen from the sale of natural resources, and sent it to the Kremlin, to Brezhnev. But I didn’t receive a reply. That is when I decided to kill him. I wanted everyone to know about my ideas, and this required a symbolic act. I planned to speak about the reform plan in court, in my final words."

Ilyin spent almost a year preparing for the assassination. To gain access to weapons he joined the army after graduation. He served not far from Leningrad and studied the central newspapers every day, newspapers that wrote about where, when and whom Brezhnev was meeting. In mid-Jan. 1969, the papers wrote about yet another Soviet space victory: the Soyuz 4 and Soyuz 5 spaceships had docked in open space. A celebration was organized for Jan. 22 in Moscow, and a government delegation headed by Brezhnev was supposed to meet the cosmonauts at the airport and triumphantly escort them to the Kremlin.

Ilyin calculates everything with mathematical precision. Early in the morning of Jan. 21, having waited for the sentry to fall asleep, he steals two pistols and cartridges from the arms depot, escapes from the unit, takes a commuter train to Leningrad's Pulkovo Airport and flies to Moscow (back then airport security was much more lax). In Moscow he stays with his uncle, who serves in the police, telling him that he is on vacation. On the morning of the 22nd he secretly takes his uncle's police overcoat and, putting it on, arrives at the Kremlin exactly at the time of the car procession. Viktor does all this in less than one day. "Had I spent more time, the plan would have failed. The KGB central command was informed about me literally an hour before the assassination attempt. And only thanks to the fact that when the military unit found out about me and the stolen weapons they did not want to make a big fuss and decided to look for me themselves first." 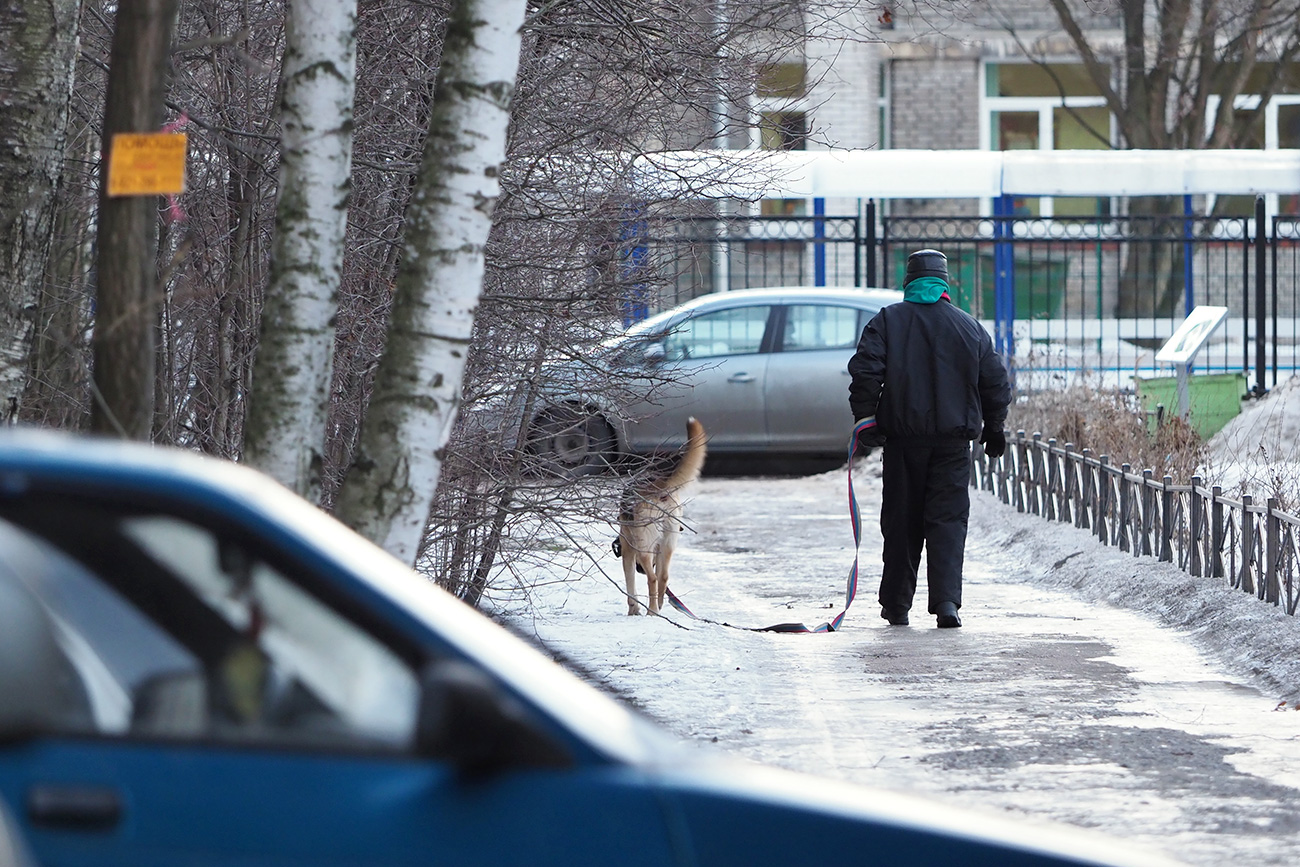 When Ilyin arrives at the Kremlin, he sees a police cordon separating the government road from the crowd of onlookers. Ilyin steps inside the cordon and, since he is wearing a police uniform, no one pays any attention to him. When Brezhnev's motorcade approaches the Kremlin, Ilyin, with the pistols hidden in the sleeves of the overcoat, runs out of the cordon and fires repeatedly with both hands at the car that usually carried the Soviet leader. But Brezhnev was lucky: On the drive from the airport, his car changed places with the one carrying the cosmonauts. Ilyin fires eleven bullets, killing the driver and wounding Andrian Nikolaev and Georgy Beregovomy (Alexei Leonov and Valentina Tereshkova, the world’s first female cosmonaut, were also sitting in the car). Another bullet hits an officer on a motorcycle. Ilyin is arrested on the spot without putting up any resistance. However, his plan is foiled: Brezhnev is alive, the news of the assassination attempt is kept in secret (only the foreign press reports on it), and the trial, in which Ilyin wanted to present his reform plan, does not take place.

I ask Ilyin about his current political views, but he changes the subject, saying that he must serve God since he killed a completely innocent man. Igor Atamanenko, a former KGB lieutenant colonel who interrogated Ilyin in 1969, remembers that, "When, during the first interrogation, the killer found out that he had been shooting at cosmonauts and not Brezhnev, he went into a hysterical fit."

"Now I live a different life," says Ilyin. "As soon as Khazar dies, I’ll give the apartment to the government and live in a home for the elderly." He does not have any relatives, and the only neighbor he was friends with died a year ago. "Do you need any help?" I ask him. "I've wanted to publish my poems for a long time, but no one has taken them. Will you help me?" In the end, however, he does not give me his poems. "Actually now isn’t a good time. Let's do it in the summer, after the Holy Trinity. I need to prepare."