What if Twitter had been around at the time of the Russian Revolution? 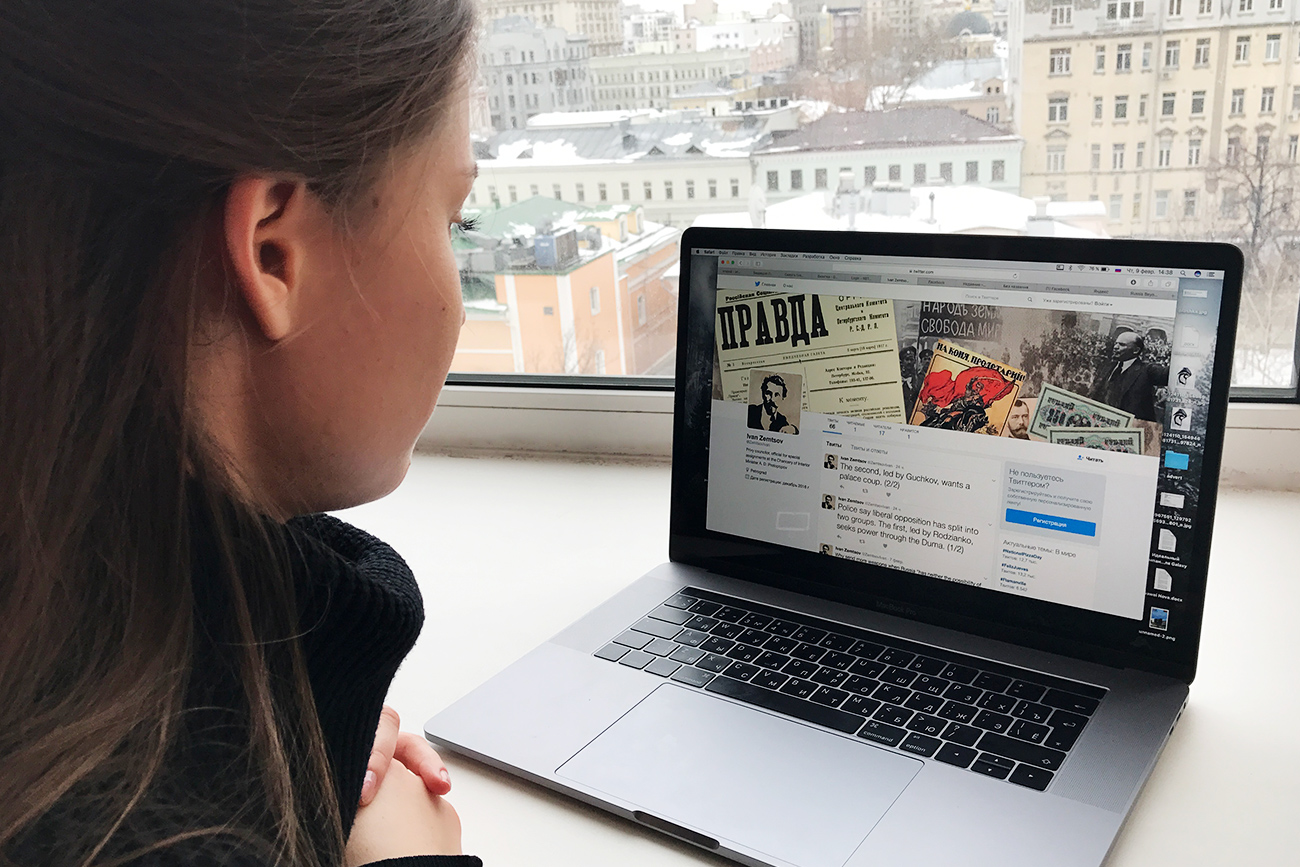 By virtue of his position (at that time the ministry was at the top of the Russian government hierarchy), Zemtsov had firsthand knowledge of the state of affairs in the collapsing Russian Empire.

RBTH
As a way to mark the 100th anniversary of the Russian Revolution, RBTH has started a Twitter account that will report the thoughts of a czarist official who witnessed the events in the country in 1916-1917. This genuine chronicle of the revolution will be presented in the form of a twitter-blog.

The Twitter account bears the name of Ivan Sergeevich Zemtsov, privy counselor and a government official for special assignments at the office of Interior Minister Alexander Protopopov. By virtue of his position (at that time the ministry was at the top of the Russian government hierarchy), Zemtsov had firsthand knowledge of the state of affairs in the collapsing Russian Empire.

Zemtsov is a staunch monarchist, but seeing the public's growing discontent caused by the failures of the Russian Army on the front, he becomes convinced of the inevitability of revolution. To preserve the empire Tsar Nicholas II must make concessions to the liberal public and form a "responsible ministry." That is how a government formed by parties represented in the State Duma (Parliament) was called.

In anticipation of the fateful hour, putting my life on the altar of service to the Fatherland... (1/3)

...and without separating the blessed Emperor from his power over Russia, I pray to God to preserve the Russian monarchy... (2/3)

...even at the cost of requests for concessions by the autocrat about the creation of a responsible ministry. (3/3)

Zemtsov's reputation as a conservative liberal makes it possible for him to continue his state service even after the czar's abdication. He supports the Provisional Government, first hoping that Russia will establish a constitutional monarchy, but then fears the growing influence of the soviets during the diarchy when the Petrograd Soviet of Workers and Soldiers' Deputies challenge the Provisional Government.

Zemtsov begins his notes with the murder of Grigory Rasputin, a close friend of the Tsar's family who the emperor and his wife believed had helped their seriously ill son, the heir to the throne, Alexei. On Dec. 30, 1916 Zemtsov writes, "There are rumors in the capital that the close friend of the Tsar's family, Rasputin, has been murdered. In his prophesies he linked his own death to the end of the Empire."

The violent death of the Tsar's all-powerful friend provoke strong sentiments in society. "Petrograd residents learned of Rasputin's murder. The French ambassador said that people on the streets embraced each other and went to light candles in the Kazan Cathedral." This is how Zemtsov describes the reaction of Petrograd residents to the "elder's" cruel death.

Rasputin's death became the prologue to the violence that for several years shook the country. Its victims were millions of people, including the entire family of Russia's last monarch.

All the dates on Zemtsov's notes are written according to the Gregorian calendar, which precedes the Old Russian calendar by 13 days.