On the wings of success: Russian female pilots soar above gender barriers 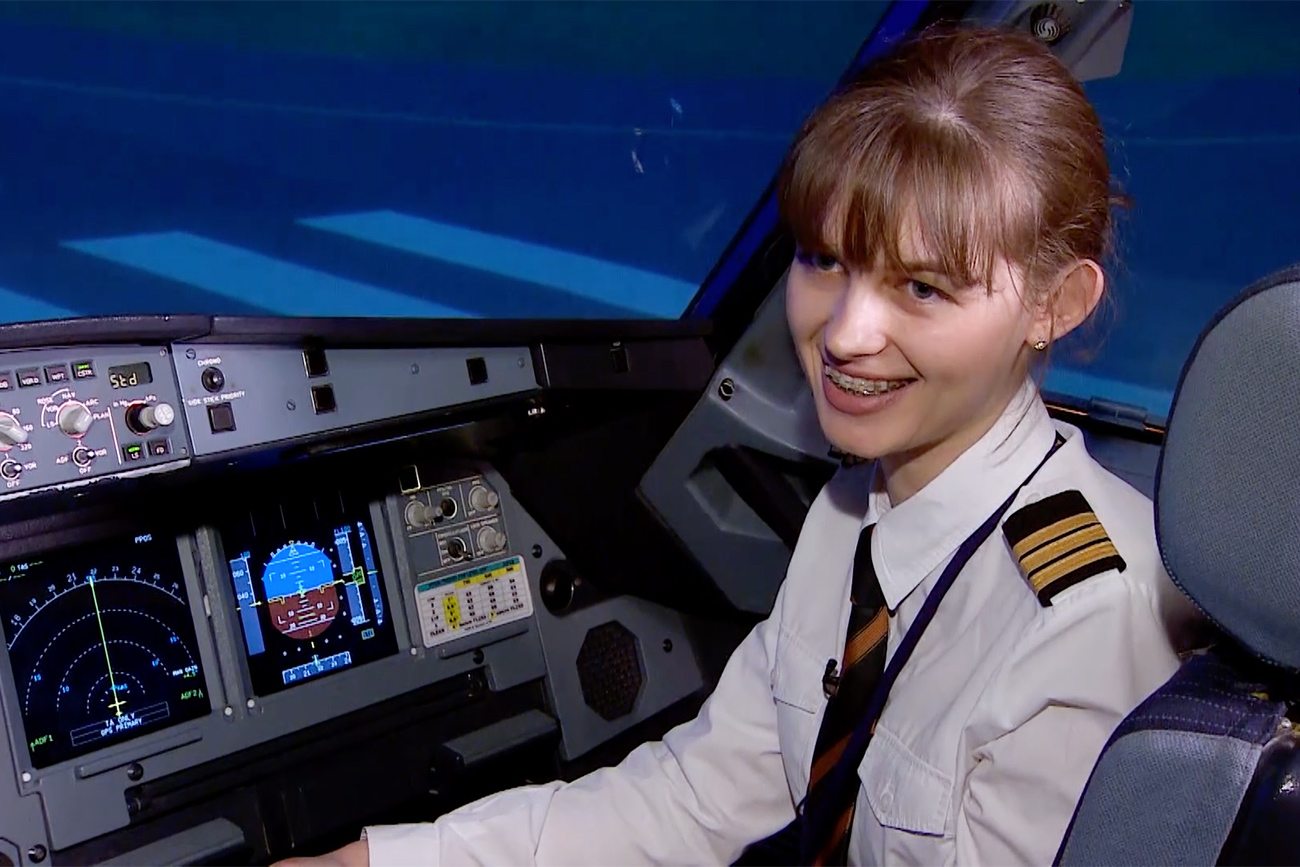 When Katya is in the simulator her meek facade disappears, and she shows intense focus and determination.

RBTH
While there are not many female pilots in Russia, flying is no longer exclusively a ‘man's thing.’ Two young Russian women share their different experiences in the male-dominated skies.

Standing in the cockpit is quite frightening, especially during landing, even if you know that none of this is real.

- Where are we going to land? In a forest or something…

- Then put on a sunset or a sunrise. Or night. Yeah, a night in Dubai!

This civil aircraft simulator recreates a real cockpit and flight conditions to 99 percent accuracy, with the difference that it’s located in a hangar. The pilots can set flight conditions and choose the landscape in the window. Everything seems very real. When we land the cockpit thrusts forward and the runway approaches so quickly that the bystanders behind the pilot’s seat utter a nervous chuckle.

At the helm is 25 year-old Ekaterina Telepun, one of Aeroflot's youngest female pilots. She is an Airbus A320 copilot, and her fingers skillfully and quickly move along the numerous buttons and levers that regulate trajectory, cruising speed, and altitude. Katya looks so young and meek that she resembles a freshman cadet in her pilot's suit. She also resembles copilot Alexandra in the Russian blockbuster film, The Crew (2016), where the heroine chooses a male dominated profession and constantly faces discrimination.

- You also noticed this? I thought, 'that's discrimination!’ But it's only like that in films. In real life it's completely different…

Katya prefers not watching films where the plane is on the verge of destruction and a former elite secret service agent saves everyone.

- When I was studying at the academy, however, I often watched Air Crash Investigation, which was useful for my studies. It’s interesting to observe others' mistakes.

Katya has been flying an average of 20 flights each month for two years. All pilots, regardless of experience level, use the simulator every six months to refresh their skills. Source: RBTHvideo/YouTube

Katya has been flying an average of 20 flights each month for two years. All pilots, regardless of experience level, use the simulator every six months to refresh their skills. This helps to hone their emergency skills, when the aircraft finds itself in an extreme situation. 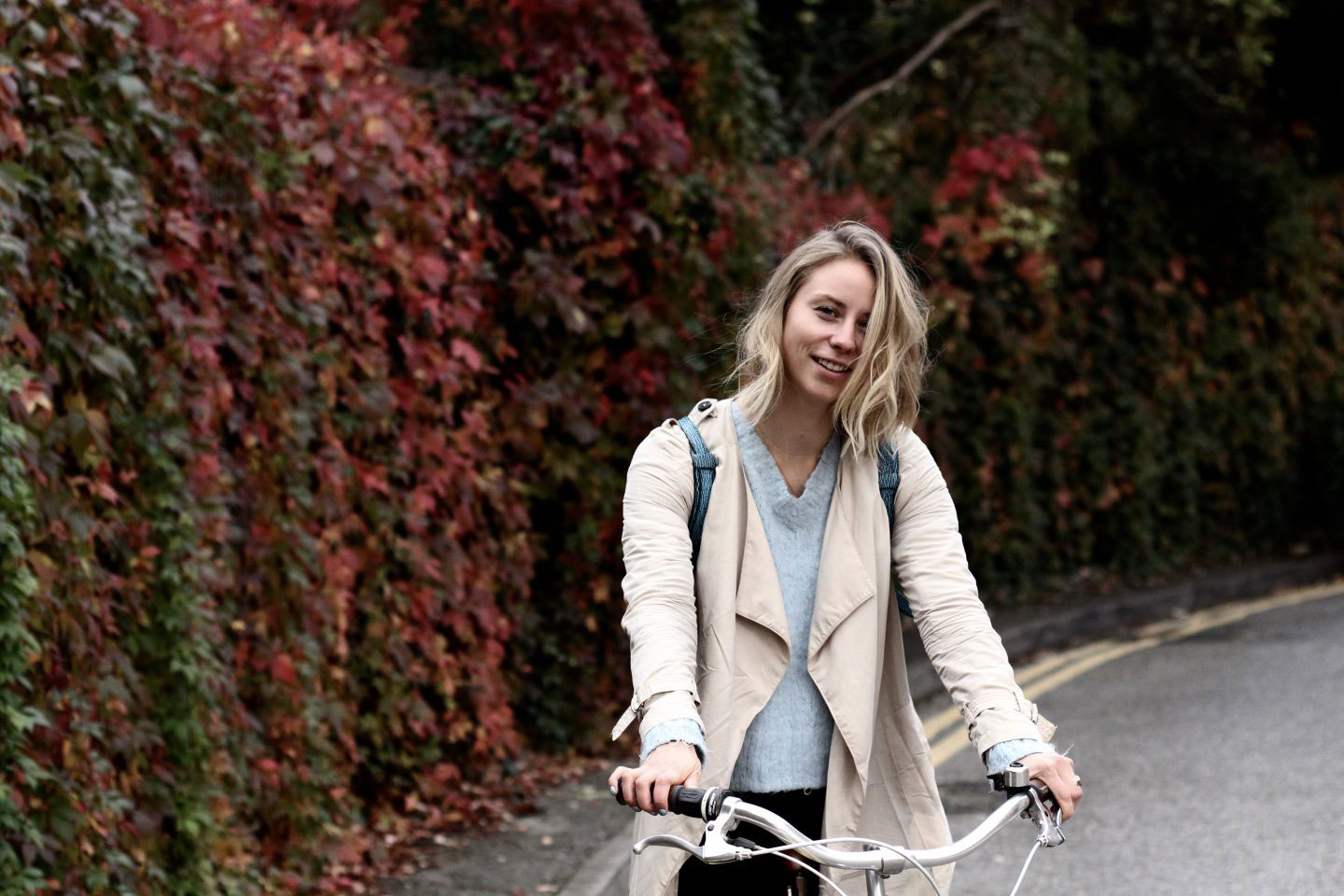 Velondonista: Bringing cycling and fashion together in London

- I was living in Kiev and entered the flight academy right after school. I was the only girl in my class. By the way, I've never heard of five or six girls studying in one class in Ukraine or Russia. Why? They don't want to, I guess. Or they don't think it's possible. I'm often asked, "Does this happen in Russia?" But there are no impediments; no one ever discriminated against me. The only thing you need is good health.

The psychological test has 360 questions, and there is a medical commission and a test for epilepsy.

- I had to sit in an armchair in a dark room. Then the lights went on, and they begin blinking intensely. You must look and can’t close your eyes.

When Katya is in the simulator her meek facade disappears, and she shows intense focus and determination. When asked to name how many female pilots are in her company, the answer is slightly more than 20 out of a total of 2,353 pilots. Five of those women are captains, but Katya does not know them personally. Sometimes they bump into each other during flight briefings.

- The company never places two female pilots in one crew. This is apparently due to compatibility reasons… I can’t really explain why. It's just so. In the Soviet Union, however, you could find two women in one crew. I saw a photograph once - there were only women.

Most Russians think the notion of a female pilot is ridiculous and strange, almost like the idea of a woman driving a tank. Flight attendants tell Katya that passengers become deadly silent when they hear her speak on the sound system to announce that she’s their pilot. But no one has ever gotten off the plane.

22-year-old Tatyana Bityugina is from Yekaterinburg, and she has had a tougher experience as a female pilot. Perhaps this is because she flies a helicopter, and pilots in this field tend to be even more gung-ho types than in civil aviation.

- In general, the attitude towards women in aviation is more negative than positive. Society thinks in terms of stereotypes, and you can't imagine how much bewilderment, disapproval, sexism, discrimination and unflattering comments I've had to deal with. They don't want to hire you because you’re of the opposite sex. Some expressed their unhappiness, basically saying that they ‘don't want to fly with a broad.’ I'm a feminist. You can't help being a feminist if you want to work in this field. 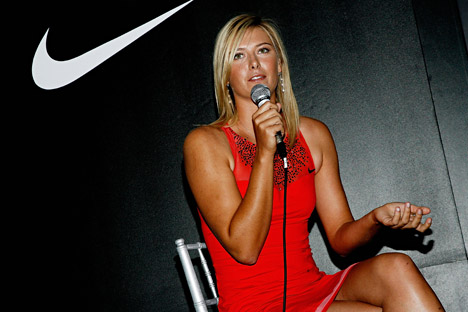 Maria Sharapova: The woman worth $250 million

While Bityugina’s professional trajectory has been tougher than Katya's, it’s similar. She also comes from an aviation family, also did not want to sit in an office doing paperwork, and also was the only girl in her class. For half a year she flew the civilian version of the Mi-8 helicopter, which is a comfortable aircraft with a leather salon for VIP passengers.

The job was not easy, however, because she was constantly away on assignment, lived in a small apartment with the crew, had no free time and no private life. Now she patrols an oil pipeline at a height of 50 to 100 meters - still with the Mi-8, but a modified one - to see if there are any accidents, oil spills, or other problems.

- It’s more difficult to work on helicopters than on beautiful airplanes, because helicopters make more noise and have more vibrations. It always smells of kerosene, the work is more difficult and dirtier, and you’re paid less. Sometimes, it seems the smell saturates you.

Bityugina said her profession is 100 times more difficult for a woman than for a man. A woman must always prove she’s just as good as a man and his mistakes tend to be forgiven, while a woman is often told, "A woman behind a steering wheel is a monkey with a grenade."

- But more and more gals are going into aviation. They look at foreign female pilots and think, ‘She's a female pilot, she flies. If she can do it, why can't I? I'm not worse than she is.’ Once, in the Tyumen airport, a stewardess came up to me and asked to take a photograph with me so she could show it to everyone and say that women can also fly.

Women comprise only five percent of the 55,000 pilots in the U.S. and Canada, reports the Air Line Pilots Association (ALPA), which is the world’s largest airline pilot union. Globally, only 3 percent of 130,000 pilots are women, reports the International Society of Women Airline Pilots.In Russia there are even fewer female pilots. Media report that at the country’s largest airlines, Aeroflot (which includes four carriers), women comprise only 1 percent of its 2,350 pilots. There are even fewer women at other Russian airlines, although no statistics are available.