Hell on Earth: Runaway slaves in Russia live to tell the tale 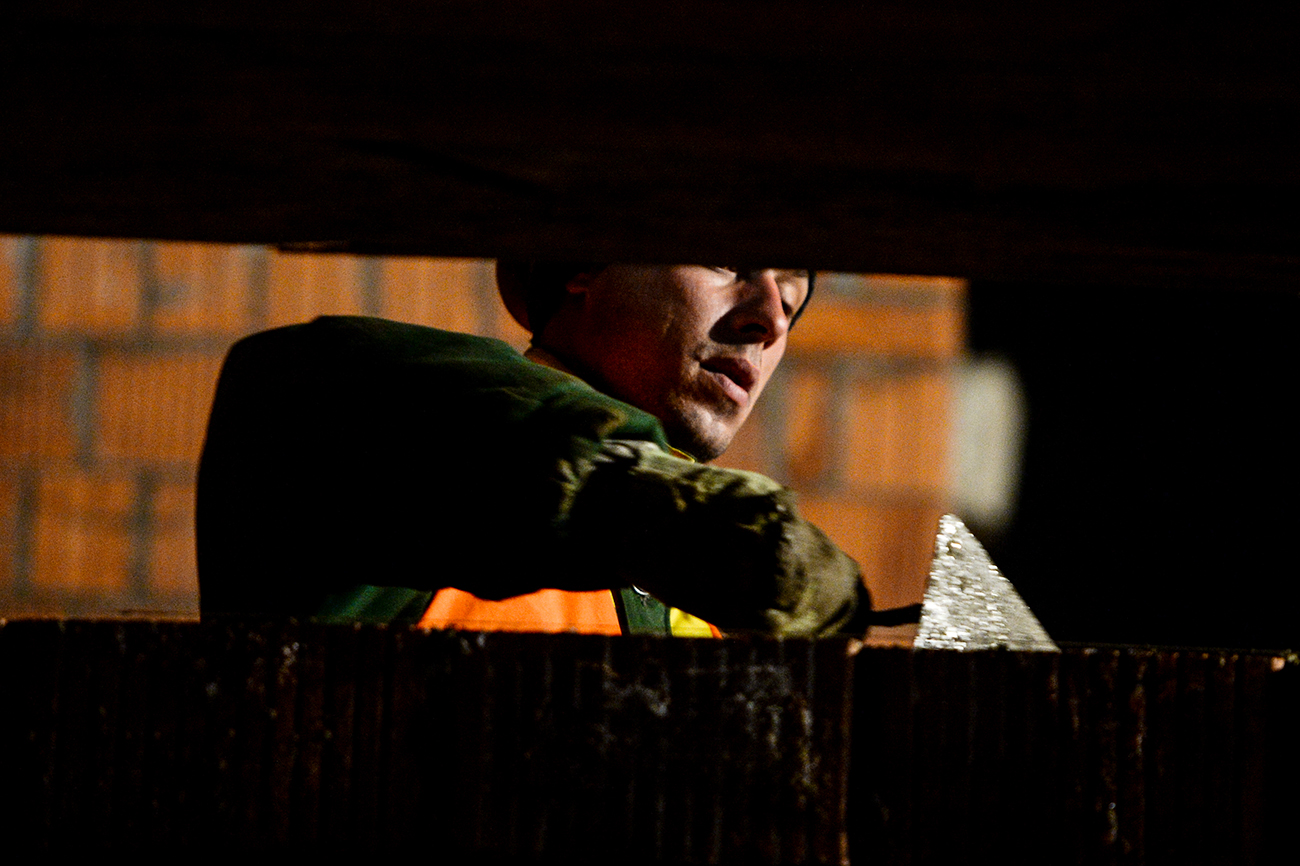 "I was enslaved by locals who said they had relatives in the legislative assembly and police, and warned me not to contact the authorities."

Konstantin Chalabov/RIA Novosti
Each person enslaved has his or her own tragic story. Some fall into the hands of their "owners" out of credulity, while others because they’re unemployed. Escaping this hell is a battle for survival.

Slavery is illegal throughout the world, and in 2003 Russia passed a law threatening any person who uses slave labor with 5 to 15 years in prison. Despite the harsh laws, sometimes cases of slavery come to light. Gazeta.ru spoke with two people who were enslaved.

3 years a slave in Kalmykia

This is the true story of 33-year old Roman (he asked not to use his real name).

"I was born and grew up in Volgograd [605 miles south of Moscow]. I work in construction, and once in 2011 I got into a quarrel with my wife and got very drunk. I wandered around town and stopped at the Volgograd bus station. I was approached by visiting Kalmyks who offered me a job in their region. Since I was very drunk and I didn't feel like going home, I agreed without thinking much. For some time I worked in [the Kalmyk capital] Elista [786 miles south of Moscow], and was about to go back to Volgograd when I received a call from acquaintances of my employers who were also Kalmyks. They asked me to build a bath and a house, offering good money, in Gashun-Burgusta in another district of Kalmykia.

"We agreed the work would take three months, but when I arrived my passport was taken away. I didn't have any cash, and as soon as I got there I was shut alone in a shed on the construction site, and was not allowed to go anywhere. 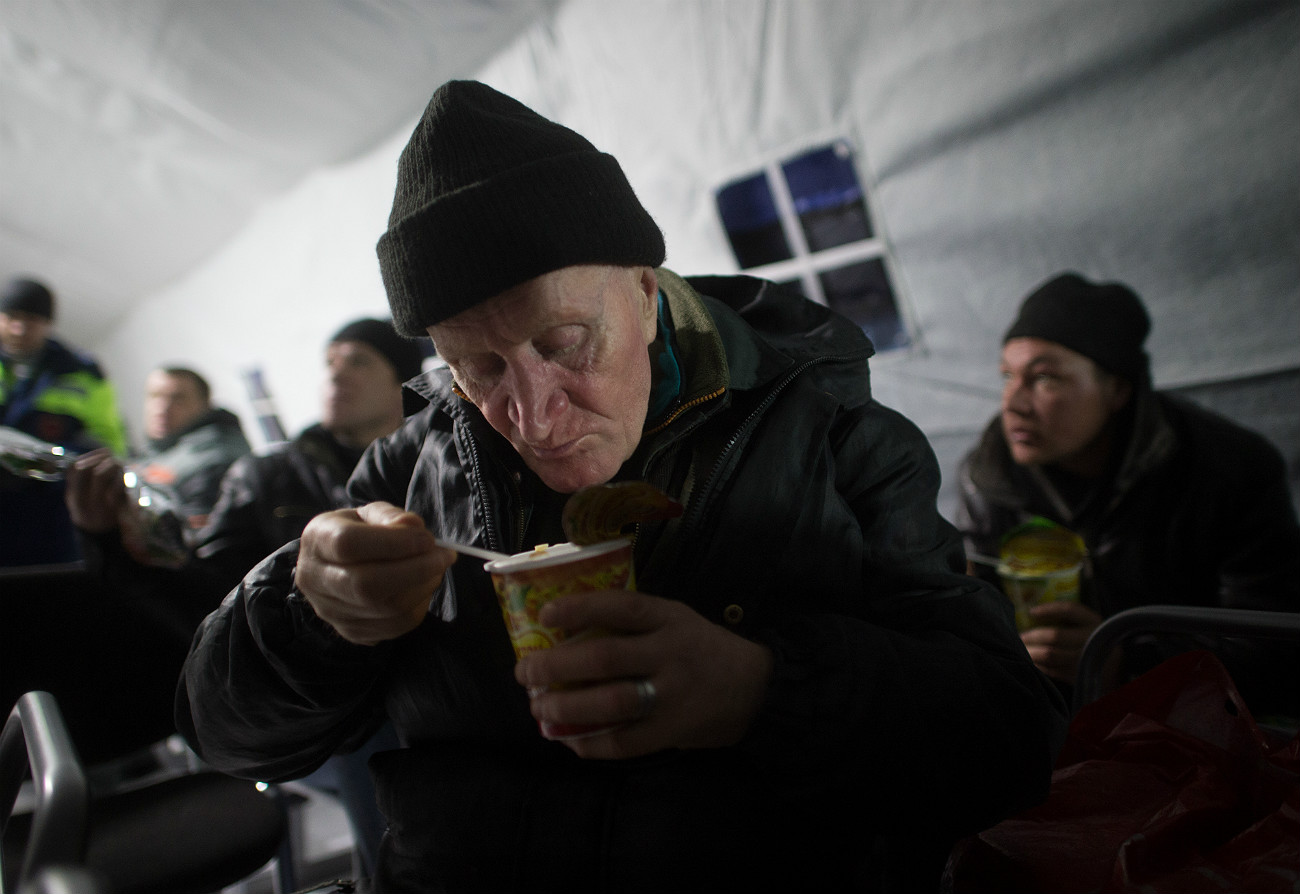 Surviving on the streets: Stories from those that care for the homeless

"They gave me my mobile phone so I could contact my friends and family but only under their watchful eye. They stood and watched so that I didn't say anything undesirable and listened to what I said in response. I spoke mostly with my daughter. By that time my wife had gone off with another man and no longer cared about me.

"I was enslaved by locals with the last name Djanbinov, who said they had relatives in the legislative assembly and police, and warned me not to even think of contacting the authorities. After a year of work I began having problems with my legs and my hosts took me to a hospital in Elista. There, I met another Kalmyk who was undergoing treatment and told him my story. He offered to help me but said that I first needed to work in his apartment for a while. I agreed, but as soon as I got there, I understood that the conditions were even worse.

"There, I was also kept in a shed and not fed every day. Another man, who was 50 years old, worked with me, and he told me he had been kept in the apartment more than 15 years. His passport had been taken away and was used by his captors to take out fraudulent loans. I don't know what happened to him. As strange as it sounds, my mobile was not taken away, and so I used it to call my former owners, who picked me up and took me back to Gashun-Burgusta, where I resumed my work for them.

"Another man, Nikolai, was kept in that settlement, and once we tried to escape but they caught us. In 2015, my owners took me to Elista to their relatives where I had to pour cement on the roads and do other jobs. The house's yard was next to a cemetery, which was next to a forest. One day, when they were distracted, I escaped through the forest. It was already evening and though I heard them looking for me, I was lucky and they didn't find me. In the morning I got on the highway.

"No one from Volgograd would stop, but one Kalmyk did. In the end, I worked at his place in Elista, repairing his apartment. He gave me 10,000 rubles, and also paid for my bus ride to Volgograd. From 2012 to 2015 I was a slave at the Djanbinovs. According to my calculations, they owe me 450,000 rubles for the work I did."

"I’m bound to a wheelchair," said 40-year old Vyacheslav Kotlov. "I live in the city of Sysert in the Sverdlovsk Region [1,140 miles east of Moscow]. On Jan. 27 my friends and I went to the city center, where I was approached by a man named Nikolai who kindly asked about me, where I was from and whether I’d be interested in a sedentary job in Moscow. Since I don't have any chance to earn money, and I am unemployed, I agreed almost right on the spot. 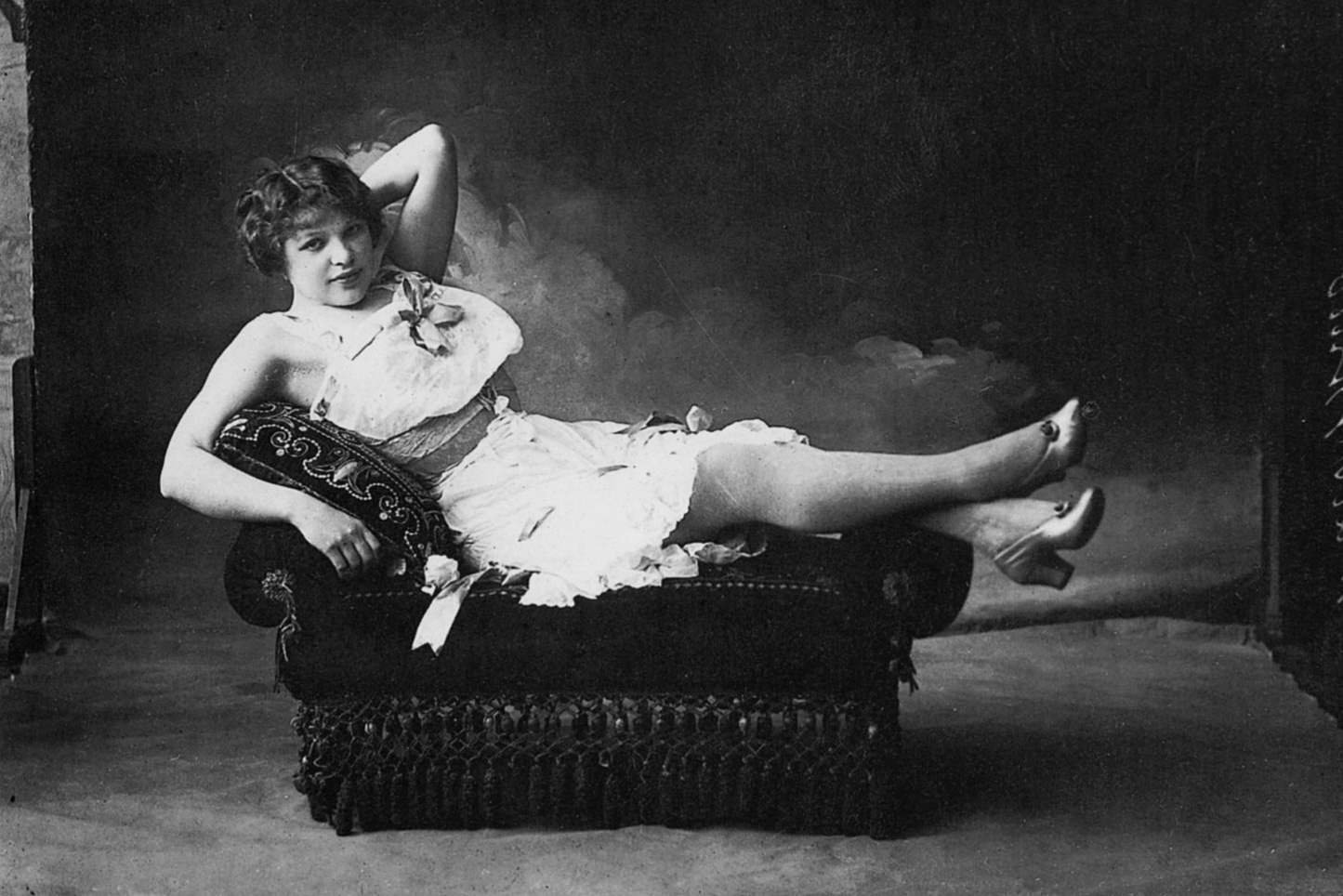 Sex and the City: Prostitutes in St. Petersburg before the Revolution

"I was taken by train to the Moscow suburb of Mytischi where someone explained my duties. With two other wheelchair-bound fellows, I’d beg for money in the metro. Usually, the so-called worker’ would enter the wagon from one end and his ’supervisor’ from the other.

"One wheelchair worker could earn a daily average of 6,000-7,000 rubles [about $100], but they had to give almost all the money to Nikolai. At one point my supervisor was distracted and I was able to ride away. I rode to the first policeman I saw, and I spent a couple of hours at the precinct until some TV journalists and volunteers arrived. They recorded an interview with me and then helped me get back to Sysert."

The police prefer not to intervene

People use slaves to save money, said Alexei Nikitin, an activist at the Alternative Movement. "Slave labor is most common in Dagestan where they work in brick factories, or in Kalmykia, where they pasture cattle."

Recently, there have been cases of slavery in Novy Urengoy, where a local construction company used slaves from other regions.

Usually, the police prefer not to intervene, said Nikitin. "It’s difficult to prove who’s to blame in such crimes. The witnesses are almost always the employers, who do not want to tell the truth, and the slaves, who can be easily intimidated." In four years the activists liberated about 350 people.