Why Russia won’t cut a deal with the U.S. on Crimea 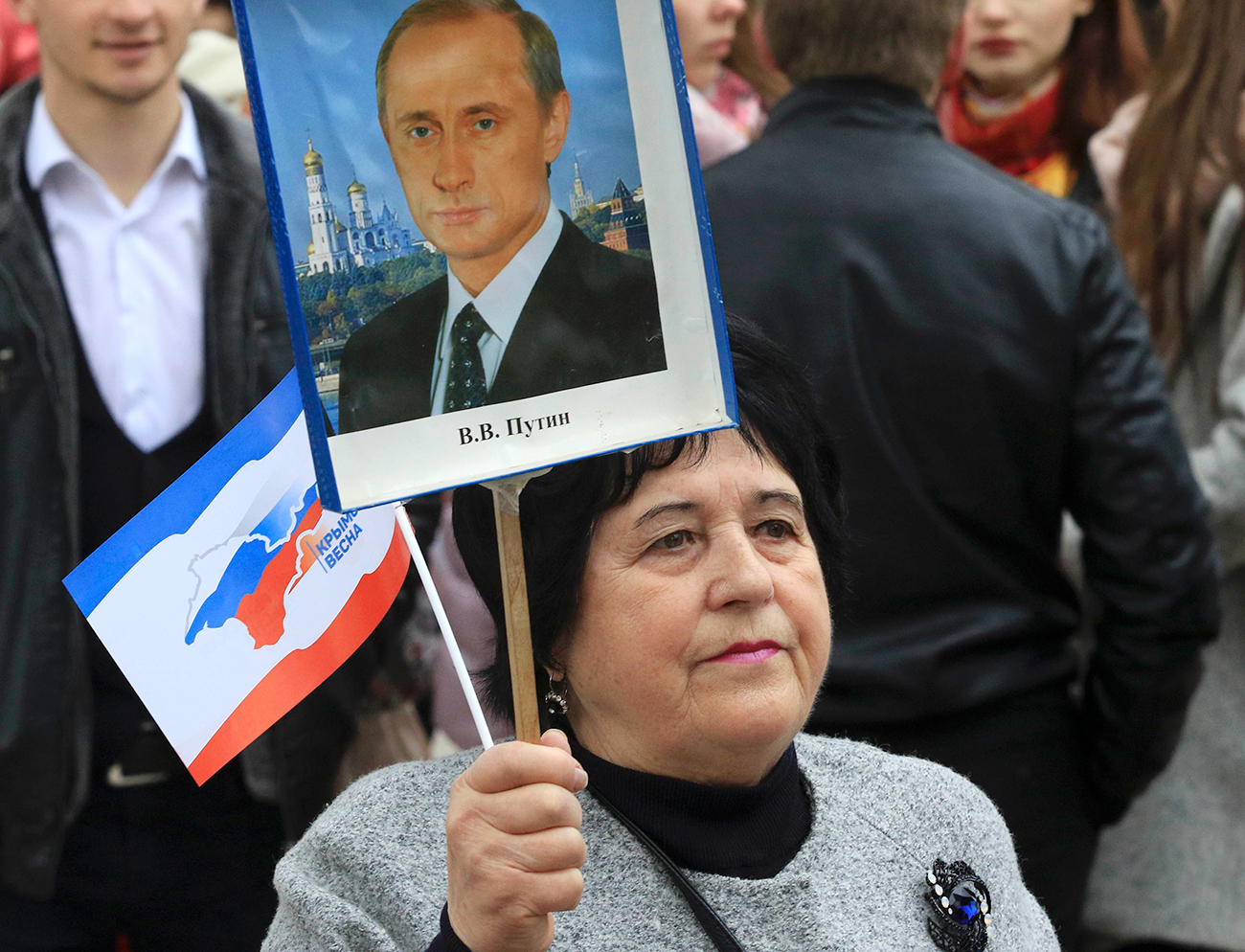 Reuters
Experts say that the very idea of holding a repeat referendum on Crimea’s future runs counter to the fundamental principles of Russian state policy.

A repeat referendum on Crimea’s future “is out of the question,” said the Russian presidential press secretary, Dmitry Peskov, on March 16 in reply to a journalist's question as to whether Moscow might cut a deal with Washington on the peninsula's status in exchange for lifting Western sanctions. Peskov emphasized that Russia was entirely against holding another referendum on Crimea’s future.

The idea to stage a repeat referendum has been voiced repeatedly by Western experts and discussed in Russian state-controlled media. In July 2015, RIA Novosti news agency cited a high-ranking European source as saying that the EU was prepared to recognize the results of a repeat referendum if OSCE observers were allowed to monitor the process.

The idea sparked a discussion so intense that even the Crimean authorities gave it thought at some point.

“This could be done provided that everyone recognizes [the status of] Crimea afterwards,” said Sergey Menyaylo, the mayor of Crimea's largest city, Sevastopol, in July 2016. “However, there is no guarantee that even after a repeat referendum we will not be accused of wrongdoing.” 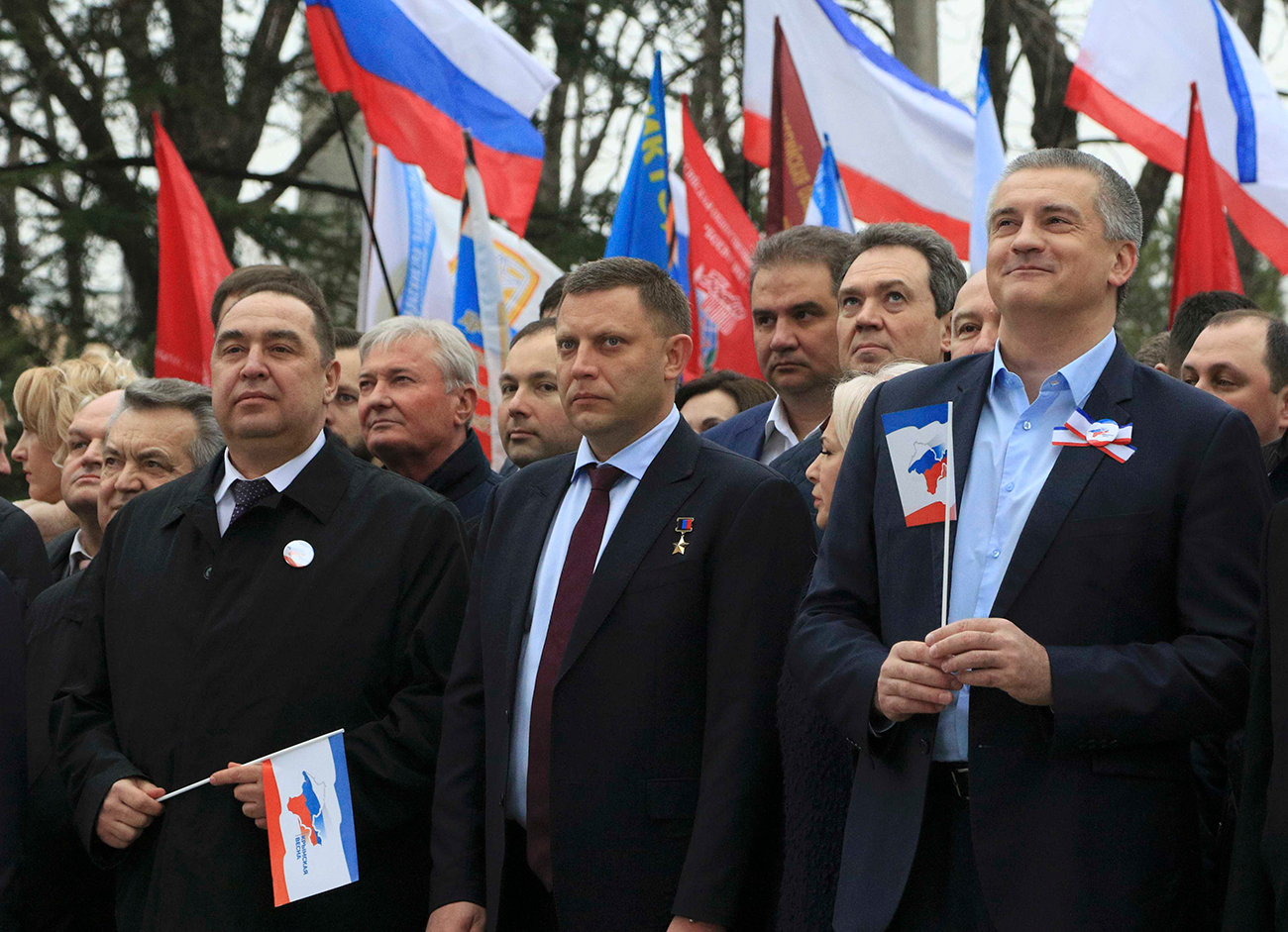 Last February, Ukrainian MP Andriy Artemenko, a representative of the Radical Party, proposed a referendum in Ukraine on renting Crimea to Russia for 30 to 50 years in exchange for lifting Western sanctions against Moscow.

“The idea of a repeat referendum was discussed intensively about two years ago,” said Dmitry Danikov, who heads the Department of European Security at the Institute of Europe, which is a part of the Russian Academy of Sciences. “The topic has since been exhausted though. It is clearly not feasible. To translate Peskov's words into plain Russian, the main thing he said was: 'We do not bargain over our own territories.' The problem is that the very idea of a repeat referendum in Crimea contradicts the fundamental principles of current Russian state policy.”

Should Russia agree to redo the referendum, this would effectively mean the Kremlin's acknowledgment of at least some of the West's criticisms; in particular, that the 2014 referendum was illegitimate, or at the very least, not entirely legitimate.

Same results no matter what

In February 2016, Russian Foreign Minister Sergey Lavrov explained the situation in an interview with the newspaper Moskovsky Komsomolets: “Even the Americans are whispering to us that we should hold a repeat referendum with all the proper formalities; the results will still be the same, but everyone will sigh with relief. Now, that’s hypocrisy at its finest.”

Lavrov is confident that even if a repeat referendum was held in the presence of OSCE observers, the Western countries would still find new reasons for maintaining tensions in relations with Moscow.

In February 2016, the European Parliament adopted a resolution making the return of Crimea to Ukraine a mandatory condition for lifting sanctions against Russia.

“[…] the restoration of Ukrainian control over the peninsula is one of the prerequisites for re-establishing cooperative relations with the Russian Federation, including the suspension of related sanctions,” the document reads.

The resolution also calls on the Council of Europe to prolong sanctions against Russia “until the completion of Crimea’s full reintegration into the legal order of Ukraine.” The document is not legally binding.

A number of conservative European politicians have spoken against the EU's current hard line, including Marine le Pen, head of France's National Front, who is running for president in the upcoming May election. Le Pen has stated repeatedly that she recognizes the results of the Crimean referendum.