How did Telegram become Russia’s hottest new media in politics? 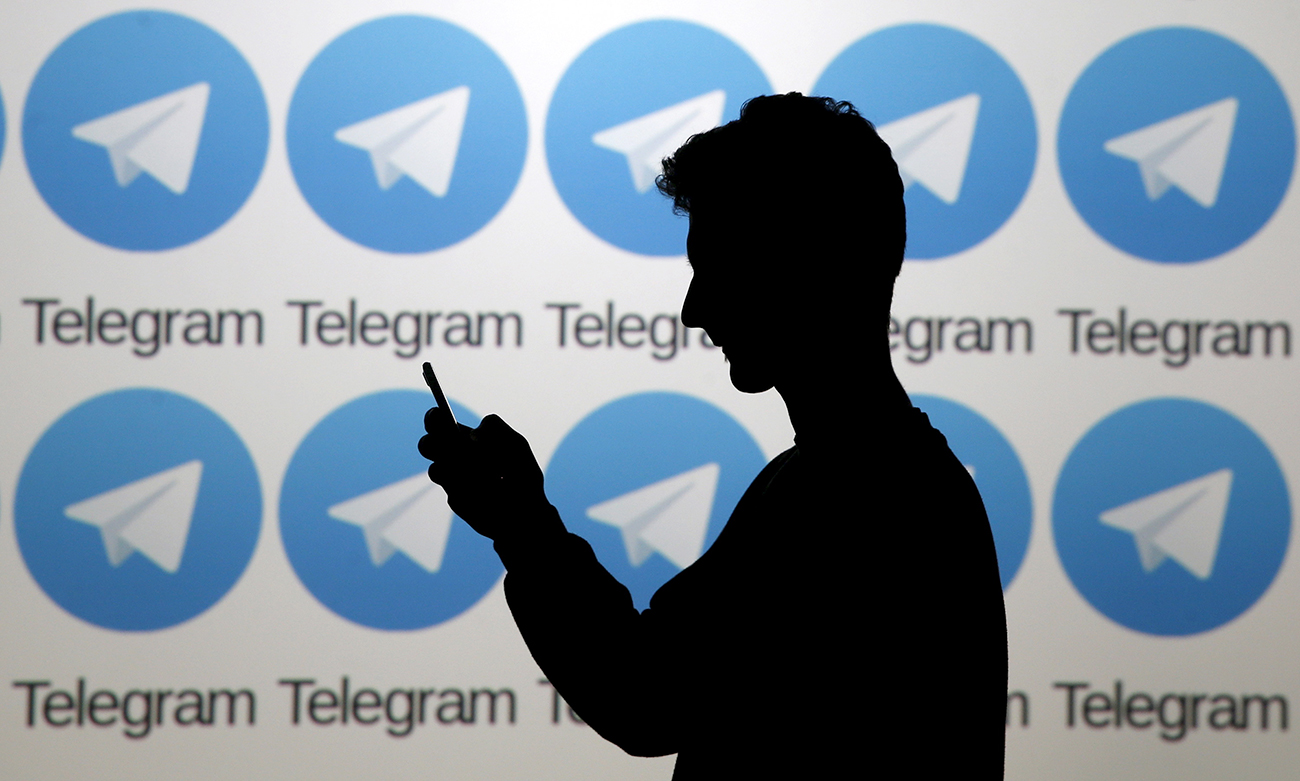 "Nezygar appeared in 2015, and his readership is now about 29,000 users. While it’s not the only anonymous political channel on Telegram, it’s the most popular."

Reuters
Telegram, a Russian-made messaging service, also allows users to create channels, and some of these are now used for political discussion and analysis in Russia. They are highly popular among the political establishment, read by tens of thousands of people, cited by journalists, and monitored by politicians. In the prevailing conditions of secrecy in Russian politics, people eagerly follow Telegram's "insiders," especially the anonymous channels.

In mid January a strange incident occurred on the state-owned TV channel, Russia 24. Three journalists were speaking on Skype with a man wearing a balaclava, and he responded tersely to their questions with a computer voice. The person presented himself as Nezygar, ostensibly the author of the eponymous, but anonymous, channel on Telegram that publishes, in his words, "expert information" on Russian politics.

The name Nezygar refers to Russian political journalist Mikhail Zygar, the author of All the Kremlin's Men, which explains in detail all the twists and turns of Russian politics based on anonymous interviews. The host of the Nezygar Telegram channel acts in a similar manner, which is why he emphasized that he’s "not Zygar." However, it’s unclear who he really is.

"Political journalism is already history," said Nezygar. "I call on all publications to close their departments and switch to Telegram channels. They’re more honest."

The following day a message appeared on the Nezygar channel saying that the real Nezygar does not wear balaclavas, does not give interviews and that an imposter spoke on Russia 24. The Nezygar prank lies in the fact that the Nezygar channel reposts opinions of those who can be hiding behind this pseudonym, without confirming or denying them.

Nezygar appeared in 2015, and his readership is now about 29,000 users. While it’s not the only anonymous political channel on Telegram, it’s the most popular. Nezygar not only speaks about resignations and appointments of state officials, describing in detail the factional infighting within the political establishment, but he also makes predictions, such as the possibility that FIFA will strip Russia of its World Cup hosting in autumn 2017. While these predictions don’t always come true, this does not make Nezygar any less popular.

The most popular Telegram channels have tens of thousands of readers, which is still far less than the reach of traditional media. Channel One TV, for example, has an audience of more than 10 million people. Telegram channels, however, do not seek to appeal to mass audiences. Instead, they target those with a serious professional interest in politics - journalists, analysts and state officials.

Citing inside sources, Ura.ru (in Russian) claims that ministers and governors read Nezygar and Metodichka, and follow their news more attentively than major media.

"Major media can be ignored, but these Telegram channels are perceived as reports to superiors, who themselves also read Telegram," said an employee at one of the state ministries.

Regional politicians read anonymous ’leaks’ posted on Telegram in order to better understand what’s happening on the federal level, claims Ura.ru citing a source at one governor’s office. "Kremlin curators don't give us inside information and don’t consult the regional elite," said an employee at Ura.ru. Telegram channels are not the most reliable sources, but they’re still sources of information.

Authors of some popular political channels don’t hide their names, and the most famous is Davydov.Index, with 20,500 subscribers, written by Leonid Davydov. In an interview with Lenta.ru (in Russian), Davydov explained that he doesn’t need anonymity because people are more likely to believe a text written by a person with a reputation. Still, Davydov admits that his anonymous colleagues have more freedom.

"Since the channel bears my name, I must define certain boundaries, and while some think this is self-censorship, I call this common sense," said Davydov.

Nezygar and Metodichka don’t have these restrictions, and reports about certain politicians usually contain compromising material that is not corroborated by documents. The anonymous authors never disclose their sources.

"It’s impossible to prove the accuracy of the compromising material that’s anonymously published in Telegram," said Evgeny Minchenko, a political consultant and president of Minchenko Consulting, a communications company. He believes that in the end readers are less likely to trust information in anonymous channels that fails to cite an author or source.

The benefits of anonymity

While it’s impossible to fact check Nezygar and Metodichka, their popularity nevertheless grows. Experts link this to the fact that Russian politics is extremely secretive and the reader is interested in any source claiming to have exclusive insider information.

"The overall dearth of information results in even unverifiable information being accepted as truth," said political analyst Mikhail Karyagin.

MGIMO professor, Valery Solovei, agrees: "The Kremlin is reluctant to inform us about what it intends to do, but people really want to know, and so they turn to any source capable of providing information."

Telegram is a messaging service created by Pavel Durov, who founded Russia's most popular social network, VKontakte. The company's servers are located outside Russia and Durov positions Telegram as the most secure messaging app.Telegram channels, which were launched in September 2015, are basically blog platforms. Unlike social networks, they do not contain commentaries and likes. The only way to communicate with the channel's author is by reposting his/her message. As of early 2017, the number of Telegram users in Russia exceeded 6 million.

Read more: Is it possible to break into the Moscow Kremlin?>>>