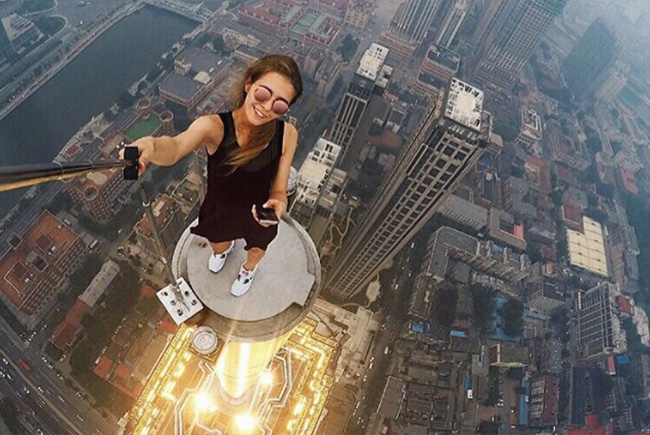 Interior Ministry: "The dares on the gum sticks include climbing on the highest vantage point of the city and taking a selfie, giving somebody goose bumps, and daring your friends."

In Russia's Maritime Territory, the wording on packets of Wrigley "5 Gum Truth or Dare" chewing gum is encouraging children to do dangerous stunts for prizes, the local press reported on March 30.

The wrapper of each stick of gum contains a dare, such as climbing the tallest building in a city or thinking of what you need to do before you die.

Yelena Koval, who heads the regional administration’s department for licensing and trade, told journalists she had fielded a complaint from schoolchildren's parents about the chewing gum in mid-March, the RIA Novosti news agency reports.

"It will be for Rospotrebnadzor [Russia's consumer rights watchdog] to evaluate the product, but we did establish that wrappers of this chewing gum dare consumers to do dangerous things," Koval said.

The Truth or Dare gum has also been found on sale in the Astrakhan, Pskov, Smolensk, and Tula regions, as well as in the Krasnodar and Stavropol territories.

"A pack of this product holds 12 gum sticks. Each stick comes with an individual wrapper containing different dares," reads a report on the website of the Astrakhan regional department of the Interior Ministry. "The dares include climbing on the highest vantage point of the city and taking a selfie, giving somebody goose bumps, and daring your friends."

Nadezhda Lobacheva, head of the corporate communications department at Wrigley's Russian operation, has made a statement to the effect that the manufacturer was withdrawing the chewing gum from circulation and discontinuing the Truth or Dare campaign. "As part of the campaign we were offering consumers over 900 different challenges and questions," she said.

Lobacheva stressed that Wrigley never wanted its campaign or products to be associated with promoting dangerous behavior. All advertisements for the 5 gum brand include corresponding warnings, she noted.

Read more: Russian teenagers open fire at police from house before killing themselves>>>