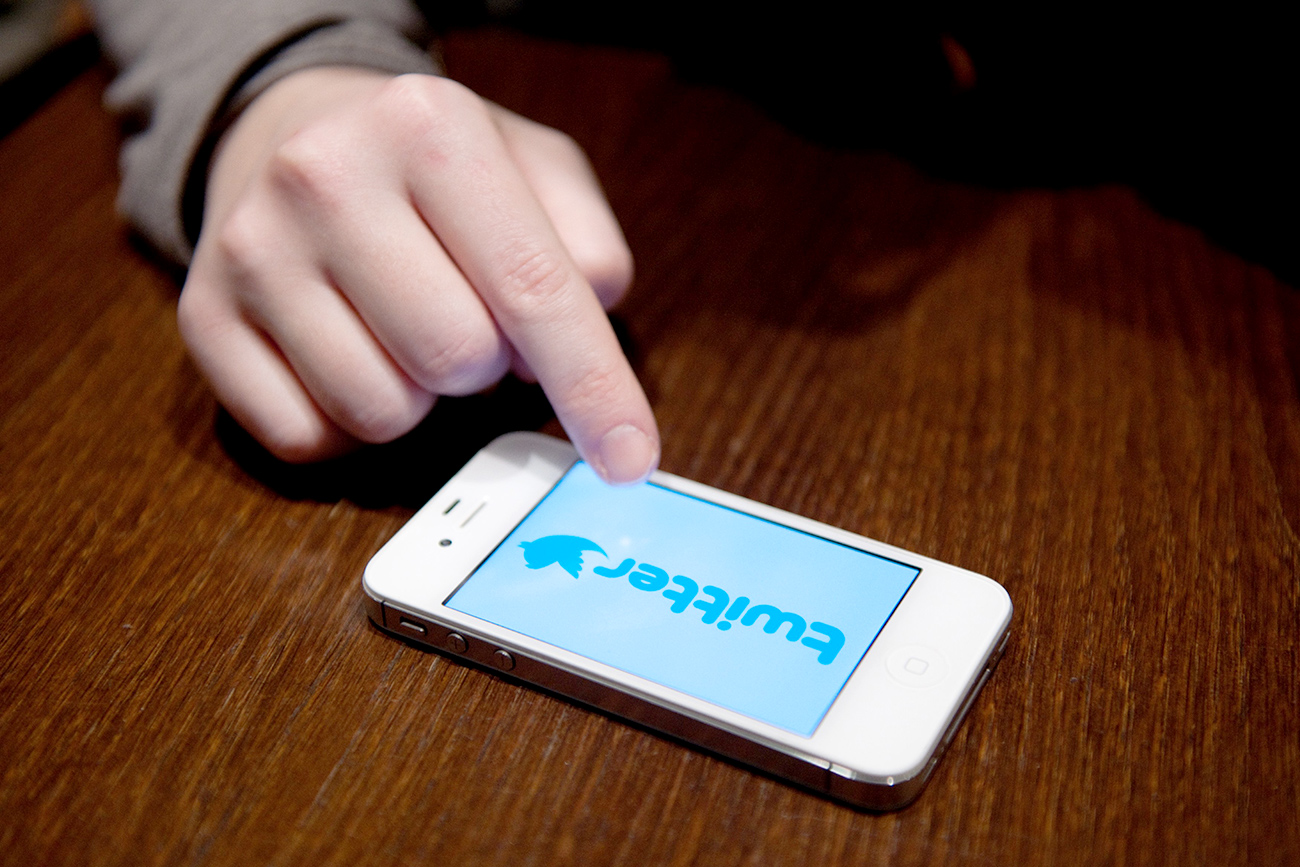 There are many theories on why Russian-American relations are not particularly great. They range from variances in worldview, political systems, weather, and religion. Not to mention, the capacity for mutually assured destruction, which makes both sides frightened of the other.

However, one that isn’t cited enough is the stark difference in humor. The Russian tendency for ironic, sarcastic, and wry banter is closer to British or Irish whimsy than North American observational slapstick or continental dryness.

Amongst my circle of friends, that penchant for incredulity came to the fore recently when Vanity Fair published a frankly astounding list of "five essential Twitter feeds" for keeping up with Russia. And, of course, the increasingly tiresome non-story which is Donald Trump’s alleged ties to Moscow. Put plainly, this "guide" featured a quintuple of braggarts with plenty of social media followers, but very little actual expertise when it comes to Russia. Which served to confirm the feeling that most western media isn’t really interested in understanding the country, and prefers to exist in an echo-chamber where coverage is driven by pre-ordained prejudice.

In the past, it was Moscow’s publicly funded outlets who led the charge in decrying this sad state of affairs. But now even west leaning journalists in Russia are admitting frustration. Only last week, the Moscow Times’ head of news, Alexey Kovalev, conceded his exasperation on Twitter.

Dear West. The quality of your Russia reporting is unacceptably bad. You fumble basic facts and sensationalize conjectures. Please don't.

"Dear West. The quality of your Russia reporting is unacceptably bad. You fumble basic facts and sensationalize conjectures. Please don’t," he wrote. This intervention was significant given how his newspaper (albeit it before his time) was once the main training ground for writers and broadcasters covering Russia for European and North American news organizations.

These hacks are invariably liberal arts graduate with no educational attainments in journalism or training from their home countries. But in a "gig economy," they are useful in that they allow mainstream outlets to outsource the job, without worrying about permanency or pension rights and the like. Which contrasts with the previous system of sending established reporters from home to head lavishly funded bureaus. Alas, today the money just isn’t there for this. And the quality of dispatches from Moscow has reached rock bottom.

The lack of job security has also created a poisonous situation where members of the press are essentially forced to pick sides. Those displaying any sympathies to Russia, and especially the "Putin regime," are pretty much blacklisted from western media. Which leads to groupthink and confirmation bias, and the fear of sticking ones head above the parapet. The same is partially true on the inverse, where those who express empathy for liberals or perhaps an affinity to opposition figures like Alexei Navalny feel they must suppress it if working for state-sponsored outlets.

While Vanity Fair’s selection in undoubtedly a joke, this toxic atmosphere makes compiling a relatively neutral list of Twitter accounts to follow on Russia quite difficult. Nevertheless, I have chosen folk who try to be even-handed and I’ve strained to keep my own biases, enmity, and chauvinism at bay. Also, it should be noted that not all Moscow-based correspondents writing in English are regular or frequent users of Twitter, if at all.

Another issue is a relatively high turnover on this beat. Where those with a rapport for Russia are often forced to vanish from the public eye due to threats to their livelihoods. Which is hardly a shock given the noxious, pernicious, and venomous discourse currently prevailing. Indeed, since I last complied a similar guide, only two years ago, three of the people selected have disappeared from Twitter. And two of them have privately conceded that it was down to harassment in their professional lives.

Aris has been in Russia for so long that he’s undoubtedly forgotten more than any of us will ever know. This is not meant as a jibe, rather it celebrates how he’s one of the last correspondents standing who remembers the transition from the USSR to today’s brash capitalist Russia. The Business New Europe editor has been largely based in Moscow since 1993, with occasional sojourns to Berlin. This longevity means he doesn’t make the young buck’s mistake of becoming hysterical over minor stories. Because he’s seen it all before. "Ben" there, done that, bought the t-shirt, as it were.

Just so everyone clear on this: putin is sitting in kremlin laughing his head off. What little cred our moral authority had is now shredded https://t.co/bWxgfOZNmV

Not all of the "Moscow hack pack" are chancers. There are some talented journalists on the prowl and Walker is one of them. His Twitter is interesting in that he might as well use the tightrope he’s forced to walk as a profile picture. Because despite a considerable amount of personal love for Russia, he works for the Guardian, where the editors appear to have a rabid hatred of the country. And we haven’t even mentioned Luke Harding yet. Walker is bright, professional, and interesting. He also makes an effort to get to the regions from time to time.

Stuff like this plays into the Kremlin's hands because then all the justified criticism can be lumped in with the madness. https://t.co/Nyg0TLgq8e

At first, this reporter’s career trajectory seems bog standard. An apprenticeship at the Moscow Times and then onto a role at a prominent western publication. But there’s a twist here. Nechepurenko is actually a born and bred Russian. And, what’s more, he appears to be quite happy in his homeland and even-handed in his coverage. He’s even snuck his way into the New York Times. You won’t find the usual hyperbole on this account. Instead, you’ll get pretty balanced stuff.

Finally – a journal from my native city, and another story about culture and power being juxtaposed in Russia: https://t.co/eseaNyiaTO

A former editor of the capital’s notorious Exile! magazine, Levine is actually a native of St. Petersburg, by way of California. This talented writer has carved a niche in coverage of cyber-security, which is the hot topic of the moment. And his background, with a foot in both camps, allows him a unique insight into American-Russian relations. Not to mention how his Jewish heritage helps form his convictions on the prickly subjects of attitudes to World War Two in the former Soviet space, and the legacies of both Nazi-ism and Communism.

Syria is an example of how information did not make us more informed. We get more clueless and confused.

It’s also worth mentioning his partner-in-crime, Mark Ames (@markamesexiled). Another former Exile! supremo, Ames is sorely missed on the Russia beat since he returned to America. But his Twitter feed reveals that he’s following affairs here closely. It’d be good to have him back.

A few years ago, this account was a big deal. And it remains useful to Russia watchers, as the Swiss-based anonymous blogger behind it is usually very fast off the mark with breaking news stories. Also, his baiting of western hacks in defense of the motherland can be very amusing at times.

The five top picks were chosen for their balance and their expertise. However, there are many others worth watching. They include Sean Guillory, a fine writer who is always willing to challenge lazy consensus. Australian Spectator correspondent Mathew Dal Santo is very even handed. As is Anton Tsvetov, who offers a perspective on Russia in Asia. Kenneth Rapoza is a journalist focused on Russia, who is notably professional in his coverage. Then there’s the aforementioned Alexey Kovalev of the Moscow Times, a man who isn’t tied down by one dogma, even if his paper leaves a lot to be desired.

Meanwhile, Mark Galeotti would have made the top five, but for a bizarre hook-up in the past year with RFE/RL’s notoriously Russophobic “Power Vertical” sector. Something which seems strangely out of character for an analyst once considered scrupulously fair. Meanwhile, Masha Gessen, Jake Rudnitsky, Anatoly Karlin, Will Vernon, Mark Bennetts, Natalia Antonova and Danielle Ryan are also worth a look.