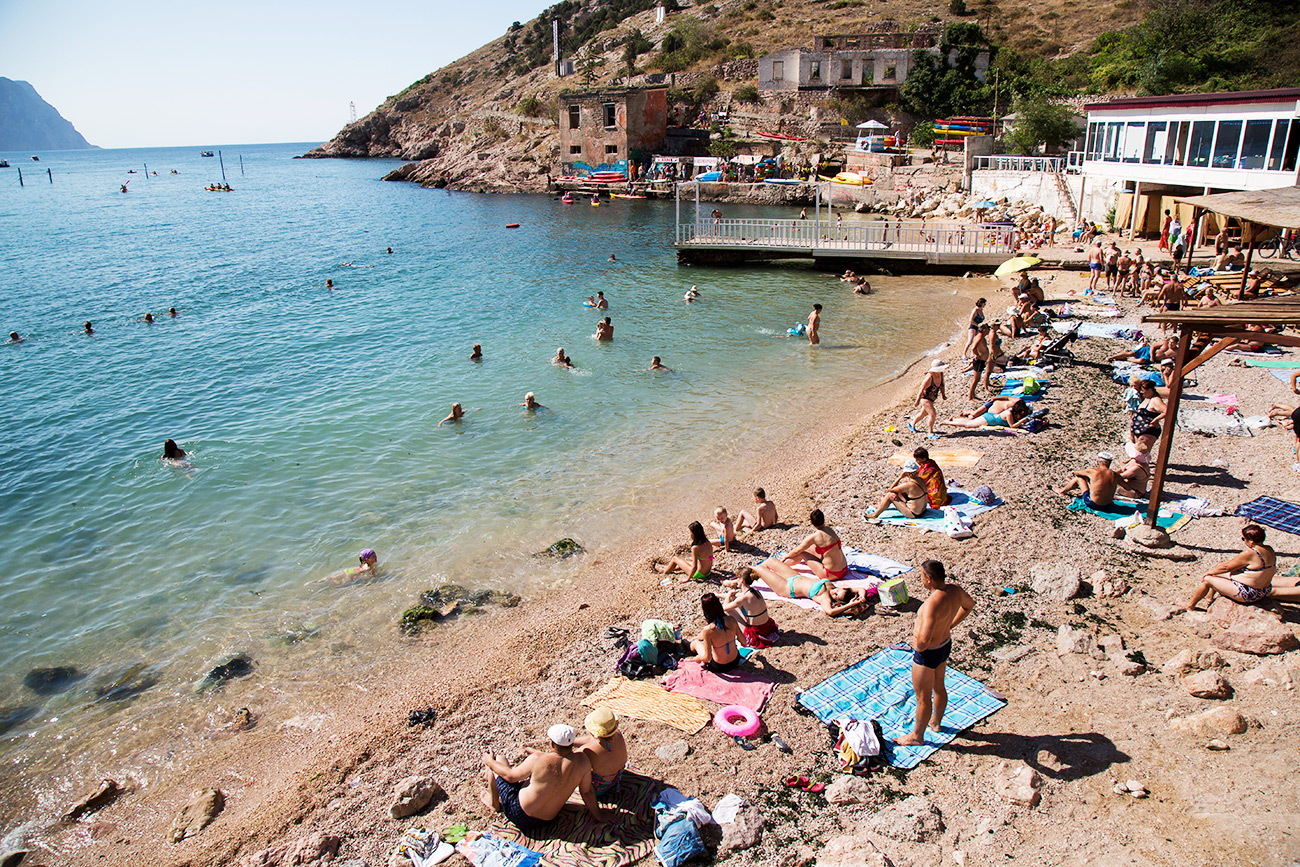 People gather at the beach area of the Black Sea, in Balaklava's bay, a part of Sevastopol on the Crimean Peninsula.

AP
People are tired of the poor service at Russian resorts and are again ready to spend money, experts say.

Turkey tops the list of where Russians plan to spend their May holidays, said the head of the Association of Tour Operators of Russia (ATOR) Maya Lomidze. Greece, Cyprus and the Czech Republic are the next most popular holiday spots, while Russian resorts are in fifth place in the ratings.

"We link this to the change of the economic situation and to people being tired of the restrictions in their vacation. People are tired of saving, they want to travel," said Lomidze.

On average, the number of tour package sales for the May holidays (April 28-May 1, May 6-9) has increased by 30 percent in comparison with 2016.

No demand for Crimea

ATOR noted that Russian resorts are being overshadowed by foreign destinations, partly because the cost of accommodation in the country has risen by 15 to 20 percent.

"In general, the positive dynamic in the domestic market is still there. The demand will be slightly higher than in 2015 and comparable to 2016, but there’s no boom. The reasons are economic: Prices have gone up in Russian resorts, but the service has remained on the same level. If we compare the Krasnodar Territory and Crimea, most of the decline occurred in Crimea," explained Lomidze.

In such a situation it’s better for Russian tourists to vacation abroad, where service is better and the prices are cheaper, added ATOR's director.

Demand among Russians for vacations abroad has grown by 12 percent in comparison with the same period last year. Meanwhile, interest in travels within Russia, on the contrary, has decreased significantly – by 18 percent. This information was provided by the Momondo international travel metasearch engine after comparing the demand among independent Russian travellers with that of last year.

"The comparison of queries is also not in Russia's favor: Only 32 percent of Russians plan on traveling inside their motherland while 68 percent are going abroad," said Momondo representative Irina Ryabovol. 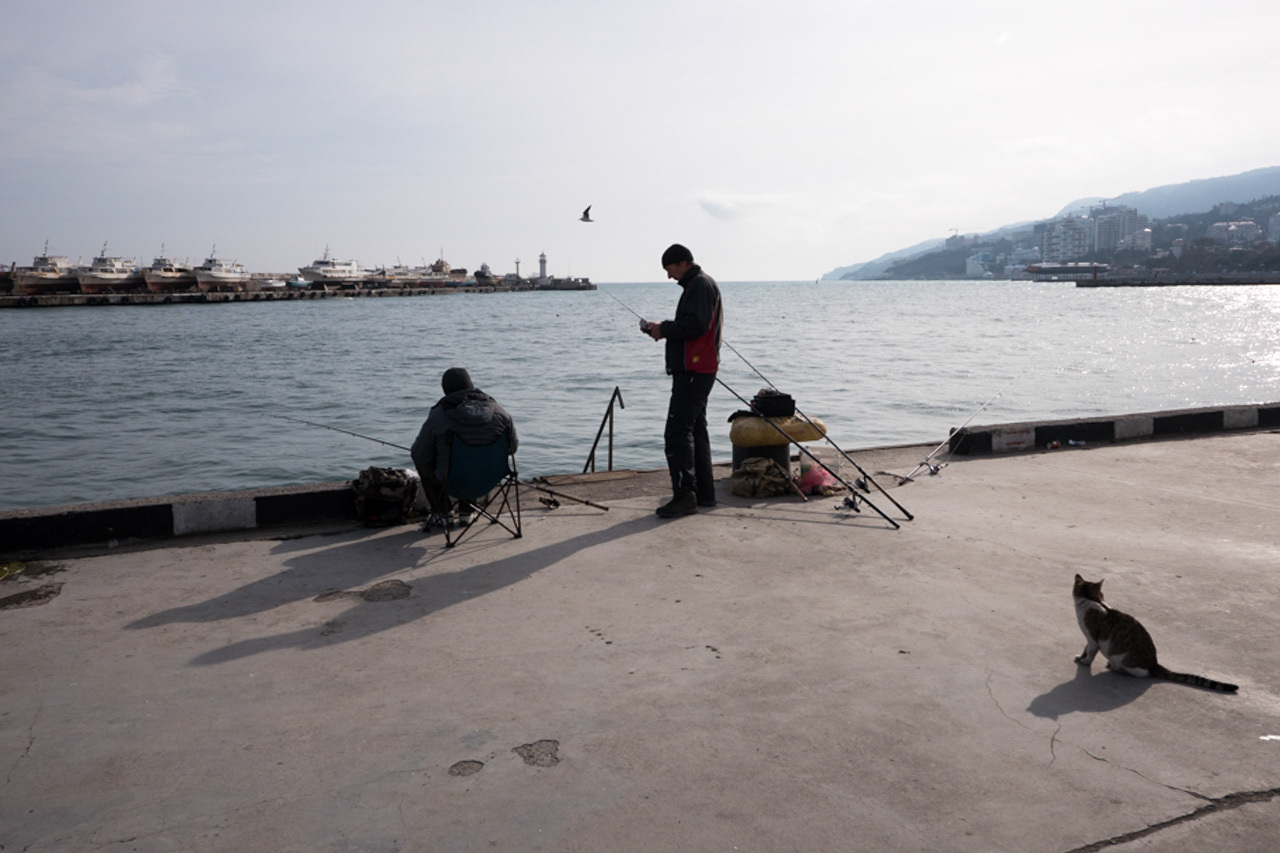 What’s life really like in Crimea 3 years after reunion with Russia?

According to Momondo, the top 10 destinations for the May holidays consist of seven European countries. This is primarily related to the strengthening of the ruble in relation to the dollar and euro. The first three destinations are Russia, Italy and Spain, respectively.

The Czech Republic is in fourth place, up by 42 percent since last year. Germany is in sixth place (up by 14 percent). The last top 10 countries are France (+26), Greece (+37) and the Netherlands (+54), eighth, ninth and tenth place respectively.

Georgia is seventh place on the list (+20) and the highest growth in comparison with 2016 was obtained by Turkey (+82).

Concerning direct trip bookings, according to the Sletat.ru tour search company, Turkey remains the leader. The percentage of bookings to Turkey for the May holidays was 47. In second place was Cyprus (11.32 percent), then Tunisia (6.68 percent), followed by Greece (6.41 percent).

"The high demand for Turkey is related to the reasonable tour prices. Moreover, the main mass of tourists who chose package tours are lovers of the all-inclusive vacation, the symbol of Turkish resorts," said director of the Sletat.ru holding company Evgeny Danilovich.

The share of Russians who booked tours in their own country did not exceed five percent (4.71 percent). The undisputed resort leaders were Crimea and the Krasnodar Territory.

Read more: Want to visit Russia but you’re on a tight budget?