Man spotted rowing in a puddle in Omsk 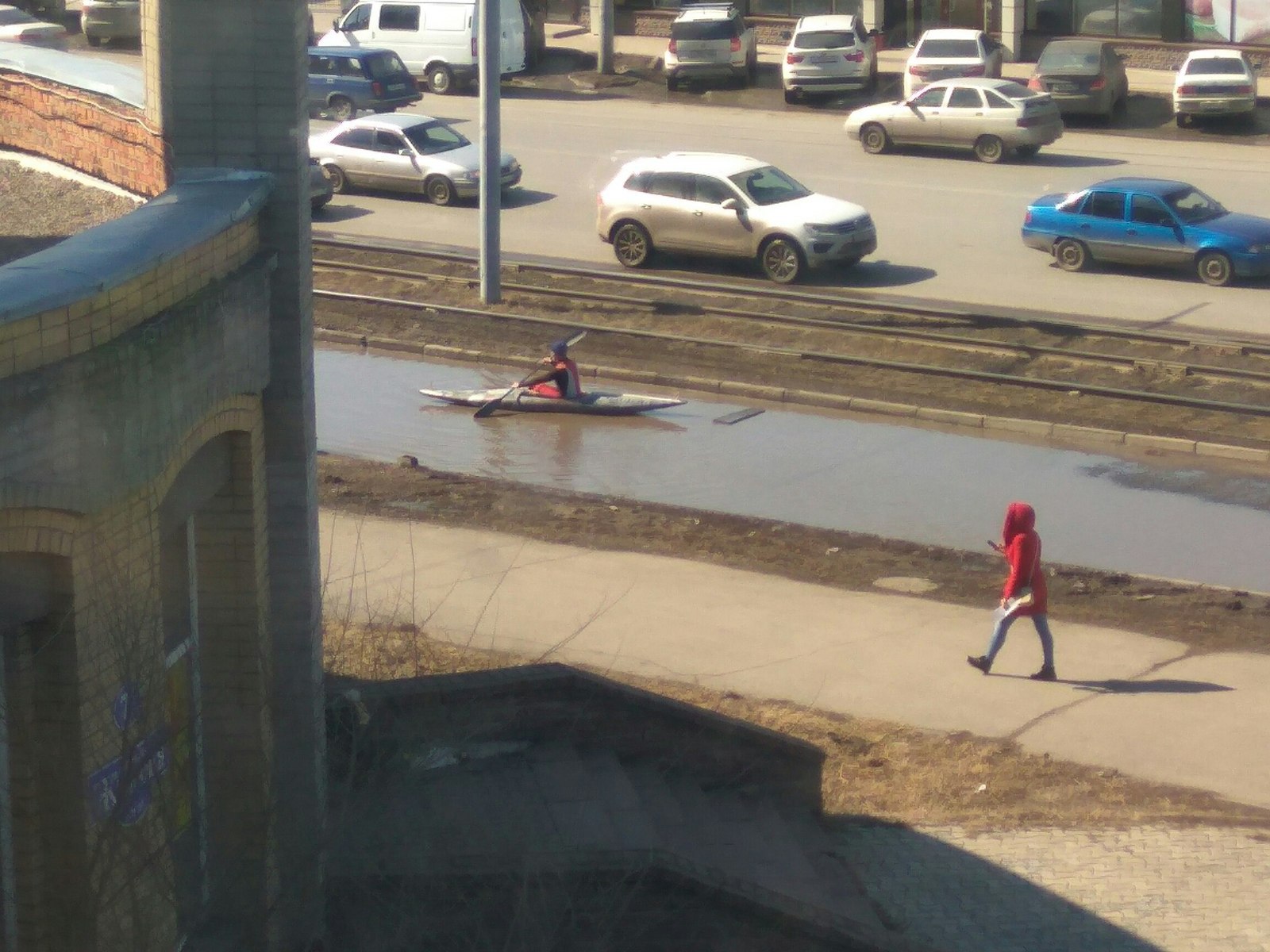 Keen rower Boris Yutkin, from the Russian city of Omsk, was recently filmed canoeing in a giant puddle next to tram tracks on Zhukov Street. He wasn’t simply trying to make a splash, but instead striving to draw attention to the poor state of Omsk’s roads.

It worked. His demonstration was quickly doing the rounds on social media and was picked up by local newspapers. What’s more, within hours the authorities had drained the large puddle, which had jokingly been coined the “Zhukovsky Channel.”

“Puddles in Omsk during spring are actually a new kind of infrastructure, along with roads and sidewalks,” the City 55 news agency sarcastically wrote.

The action was part of #OmskZa300, a project by photographer Gennady Spiridonov, who told the media that his work is dedicated to raising awareness for problems blighting Omsk.

“Year after year I see that the city does not only stop developing, but is actually rotting,” Spiridonov said.

There are a lot of problems with puddles in the city,” added Yutkin.