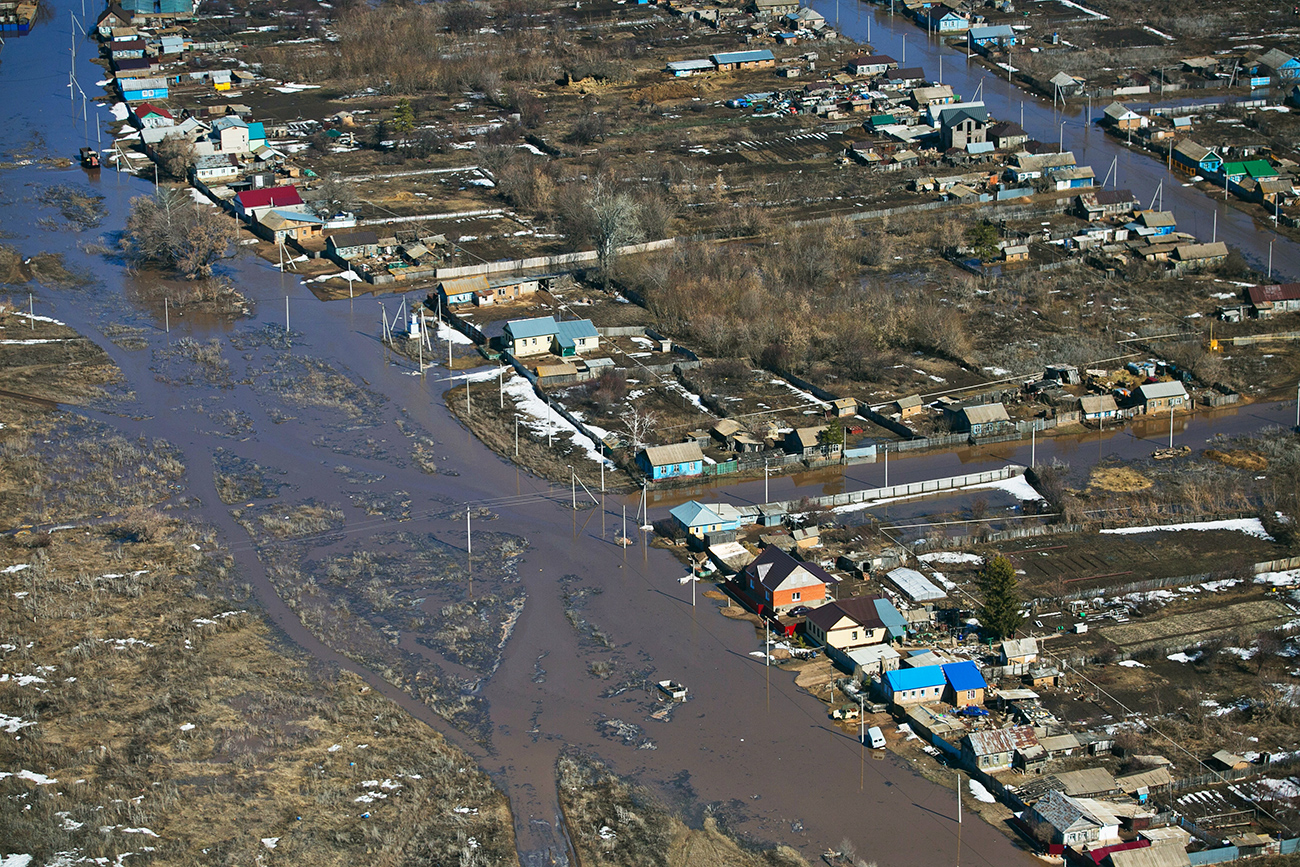 Sergei Medvedev/TASS
‘Let's hope that the water does not reach the house.’

Since early April, residents of the Orenburg region (the Urals) have been coping with the most severe floods in the region for the past 25 years. An emergency situation has been declared in the area and almost 400 people have been evacuated from three large settlements: Tselinnyi, Stepnoy, and Krasnokholm).

Several bridges over the Ural River, including those used for cars, are now under water in the large cities of Orsk and Novotroitsk. As a result, routes to several villages have been cut off. More than 400 rescuers are providing assistance to local residents.

According to the Regnum agency, snowmelt and high water levels in the rivers in the Orenburg region are the cause of the flooding. Weather forecasters say snow will continue to melt the region.

In the last 24 hours alone the water level in the Ural River has increased by another 127 centimeters, and in Samara by 87 centimeters.