Be fertile and multiply: How to spur a baby boom, a la Russe? 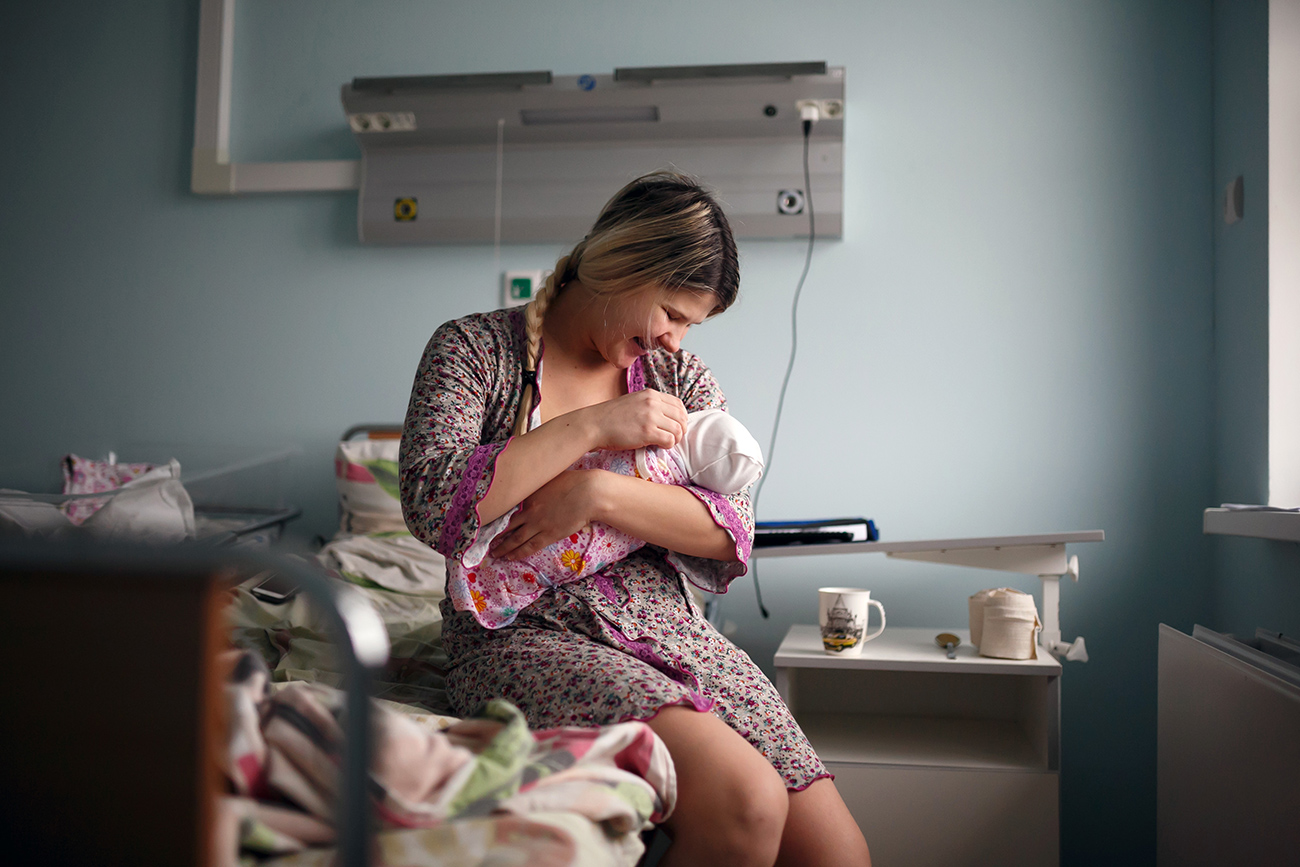 Olga Vasilyeva's proposal to pay tuition fees for female university students with children is only one in a number of government initiatives aimed at stimulating the birth rate, which has been declining in Russia since 2015.

Kirill Braga/RIA Novosti
After an upswing from 2005 to 2015, Russia’s birth rate is once again declining. Meanwhile, mortality continues to grow, and the government needs innovative ideas and reforms to rectify the situation. Proposed measures, however, primarily benefit women and ignore the interests of men.

Russia’s Education and Science Minister, Olga Vasilyeva, proposed (in Russian) waiving tuition fees for female university students with children, and the plan is currently undergoing public discussion. If adopted, it may take force before year’s end.

This is only one in a number of government initiatives aimed at stimulating the birth rate, which has been declining in Russia since 2015. The downward trend is caused (in Russian) by the fact that the generation now of reproductive age was born in the 1990s, which itself was a decade marked by a dramatic birth rate decline. Consequently, this current generation has a smaller population than the previous one, and hence it won’t be able to produce many children. At the same time, mortality remains either at the same level or keeps growing, depending on the region.

The introduction of birth incentives for new parents is an attempt to turn the demographic tide. In December, Prime Minister Dmitry Medvedev instructed (in Russian) six different ministries, including the Education Ministry, to draft new incentives.

One of the most significant state programs to spur the birth rate is the maternity capital scheme launched in 2007, which gives mothers a hefty one-off payment for the birth of a second child. The payment sum is regularly adjusted for inflation; from the initial 250,000 rubles it has risen to 453,026 rubles ($4,465 and $8,000, respectively).

The sum, however, can only be redeemed three years after the birth of the second child, and can only be spent on certain things, such as mortgage payments. In some Russian regions, the maternity capital can cover up to 70% of a mortgage. 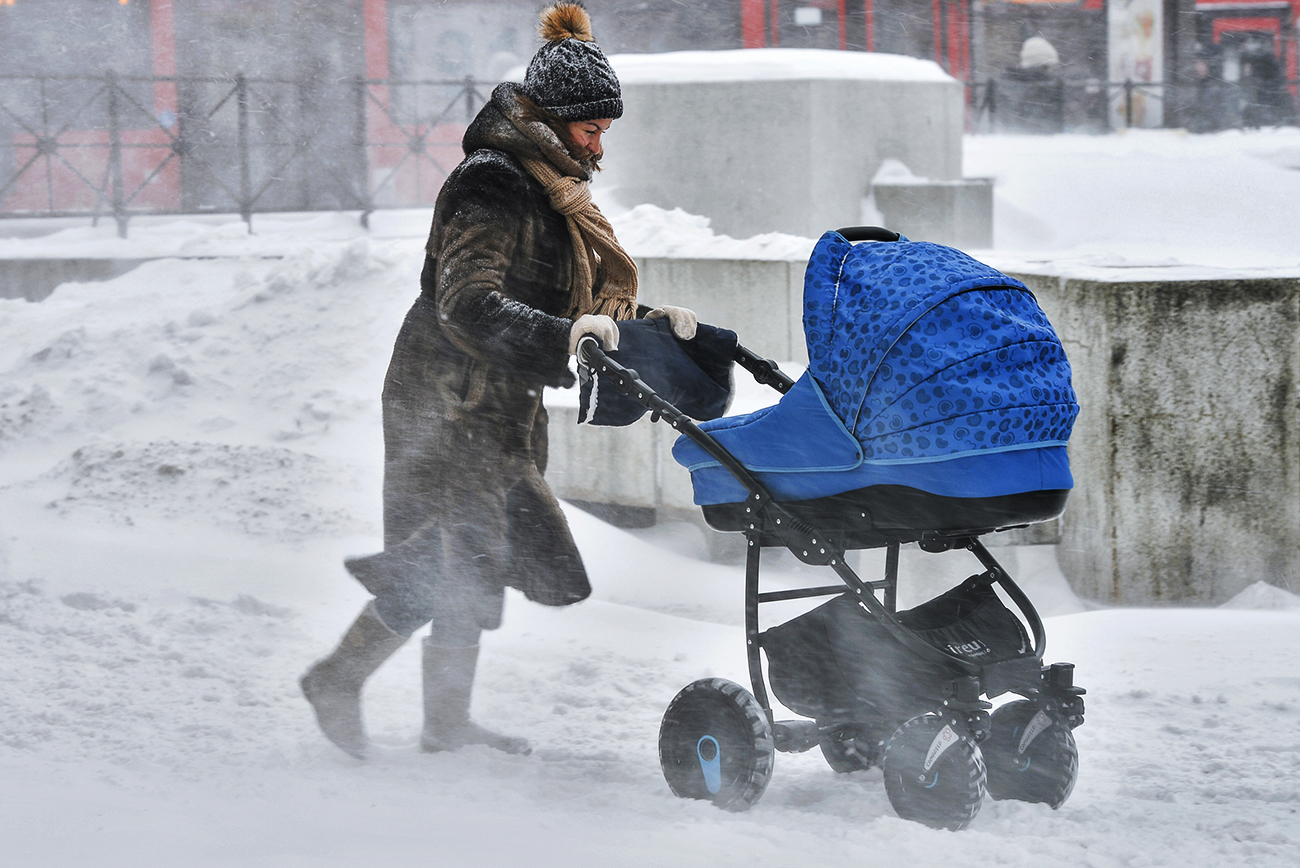 The program has been extended for another two years, but there are no more adjustments for inflation. In addition, extra subsidies are channeled to the regions from the federal government. In Khabarovsk, for example, the birth of a third child will help cover the remaining segment of a family’s mortgage, but in the Republic of Mordovia one needs to give birth to four children to enjoy such a benefit.

The new incentives currently discussed include a proposal to exempt families with many children from property taxes. The question is whether sizable payments such as maternity capital are justified as ways to spur the birth rate. A study by the Higher School of Economics indicates (in Russian) that since the program was first introduced, the number of children per woman in Russia only grew by 0.15 percent.

"We overdid it somewhat in 2007-2015 with family benefits and maternity incentives," said Zakharov. "Such incentives are only effective for a short period of time, if at all."

In some cases the availability of maternity benefits only influenced the birth calendar, with many parents deciding to have a baby earlier than planned, while others had a second child shortly after the birth of the first one.

Overall though, the maternity capital program and other similar incentives have had an insignificant impact on Russians' view of the optimal family size; the latest studies suggest the average figure stands at 1.6 children per woman, and families with multiple children are not common, said Zakharov.

Other measures the state may resort to could include making artificial insemination technologies more accessible and affordable, and reducing the number of abortions by at least 10 percent by 2020. As for the latter, the Patriarch of the Russian Orthodox Church, some MPs and the presidential children's rights commissioner have all at some point proposed a ban on abortions.

Demographers believe (in Russian) that the birth rate is affected to a much greater extent by other factors. Russia offers one of the world's longest paid maternity leaves with guaranteed re-employment up to 1.5 years. However, this current policy is inconvenient both to the employer and the employee: the Soviet nursery system has been dismantled, and a new one is in its infancy. If the woman has no one to care for her child after the first 1.5 years of maternity leave, then she must stay at home for another 1.5 years of unpaid leave.

Nor is it easy for women to combine childcare with work. By comparison, in EU countries, the policy of short working days for new mothers is virtually nonexistent in Russia.

Also, there are few incentives for fathers; they’re all but excluded from the childcare and education systems, there’s also no paternity leave available for men, and there’s no paternity capital program for single fathers. The Education Ministry's new project does not cover student fathers, meaning they’ll have to continue paying tuition fees. Free travel on public transport is also only available to one of the parents.

"Men largely continue in the role of breadwinner," said Zakharov. "Women, for their part, are viewed by society exclusively as mothers and housewives. The government appears to be unwilling to change this situation. Conservatism with its traditional family values is central to current government policy. This impedes reforms in relations between men and women, between fathers and children."

Read more: 8 of Russia’s most influential and successful women>>>