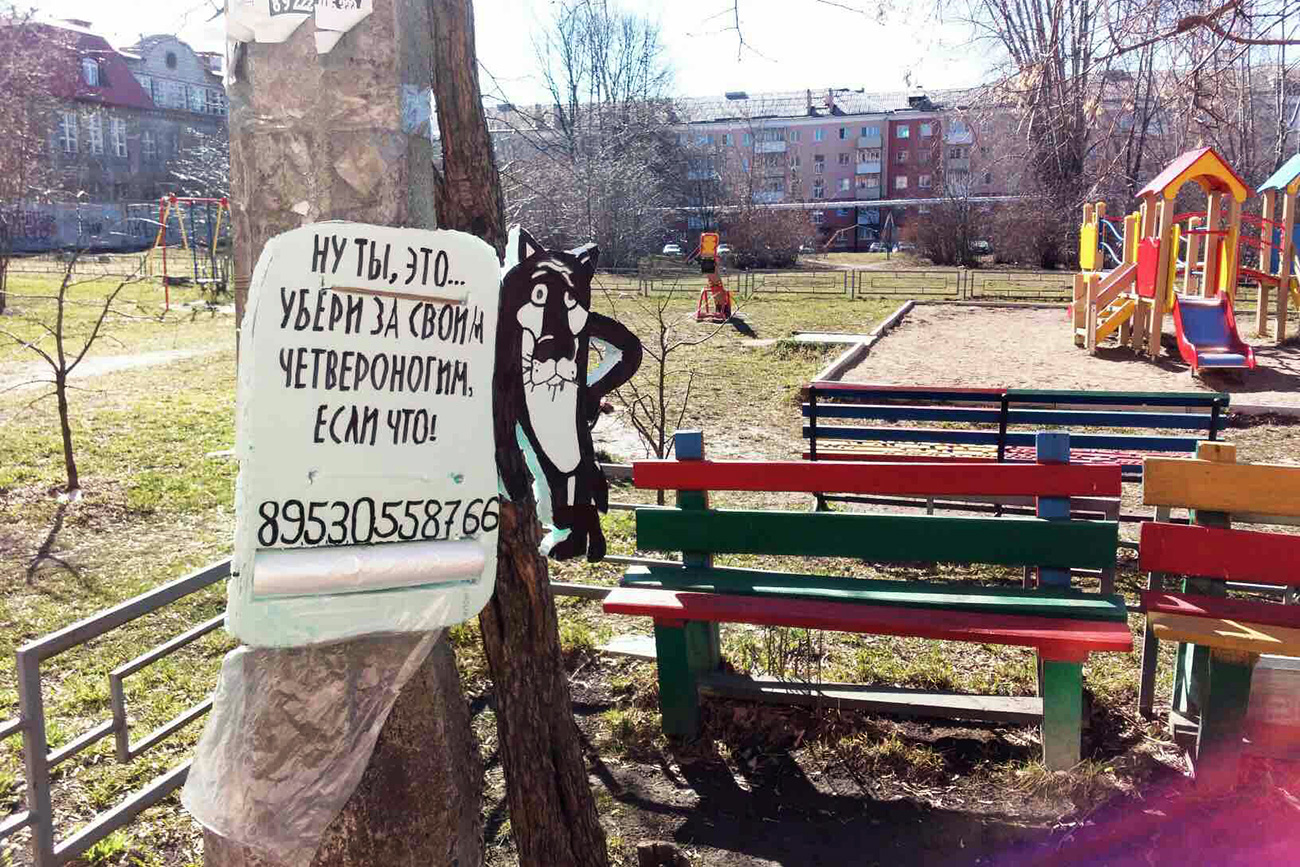 Clean up after your quadruped friend!

Yegor Ivanov, 12, from Nizhny Tagil (1,700 km east of Moscow) is waging war against lazy dog walkers. He’s striving to keep public places poop free, by launching a project aimed at pet owners. Yegor has already set up two boards with motivating captions and plastic bags to inspire people to clean up after their dogs.

In Russia, people don’t usually put dog mess from the street into bins. For this reason, dogs are banned from many children’s playgrounds and even some parks. So the young student has charmed the Internet with his plan.

He’s uploaded a video (in Russian) in which he describes his “business.” It appears Yegor isn’t joking around, as he speaks to a group of “experts” including a babushka complaining about her neighbors who don’t clean up after their dogs.

Yegor also says he found an investor: 16-years-old Dmitry confirmed, who has injected the sum of 210 rubles ($3.6) into the project.

The twelve-year-old has also made a statement on Russia’s version of Facebook, Vkontakte, addressing citizens of Nizhny Tagil. He asks people to clean up the poops: "An ecological and clean city is great! Let's make our city cleaner!"

The reaction to his project on social media has been positive, but some have questioned whether using plastic bags to clean up dog poop is eco-friendly, given they don’t decompose.