Anarchy and devastation: Outsider perspectives on the Russian Revolution 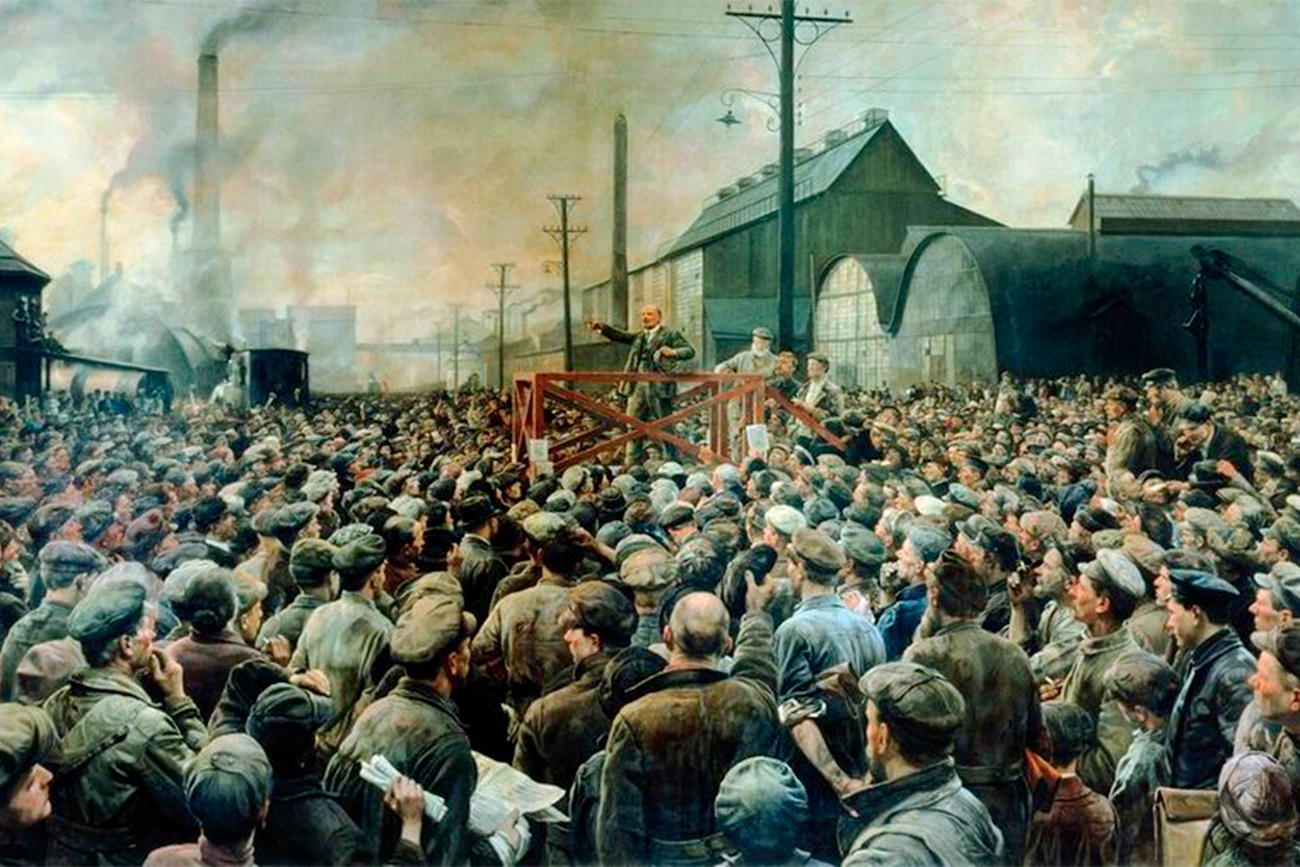 Isaak Izrailevich Brodsky
During the Russian Revolution of 1917, ambassadors from France, the United States and Great Britain were witnesses of the rapidly changing political situation. Here you will find excerpts from these men’s memoirs, containing some of their most interesting quotations and observations.

From the book An Ambassador's Memoirs by Maurice Paleologue, the French ambassador to Russia from 1914-17: 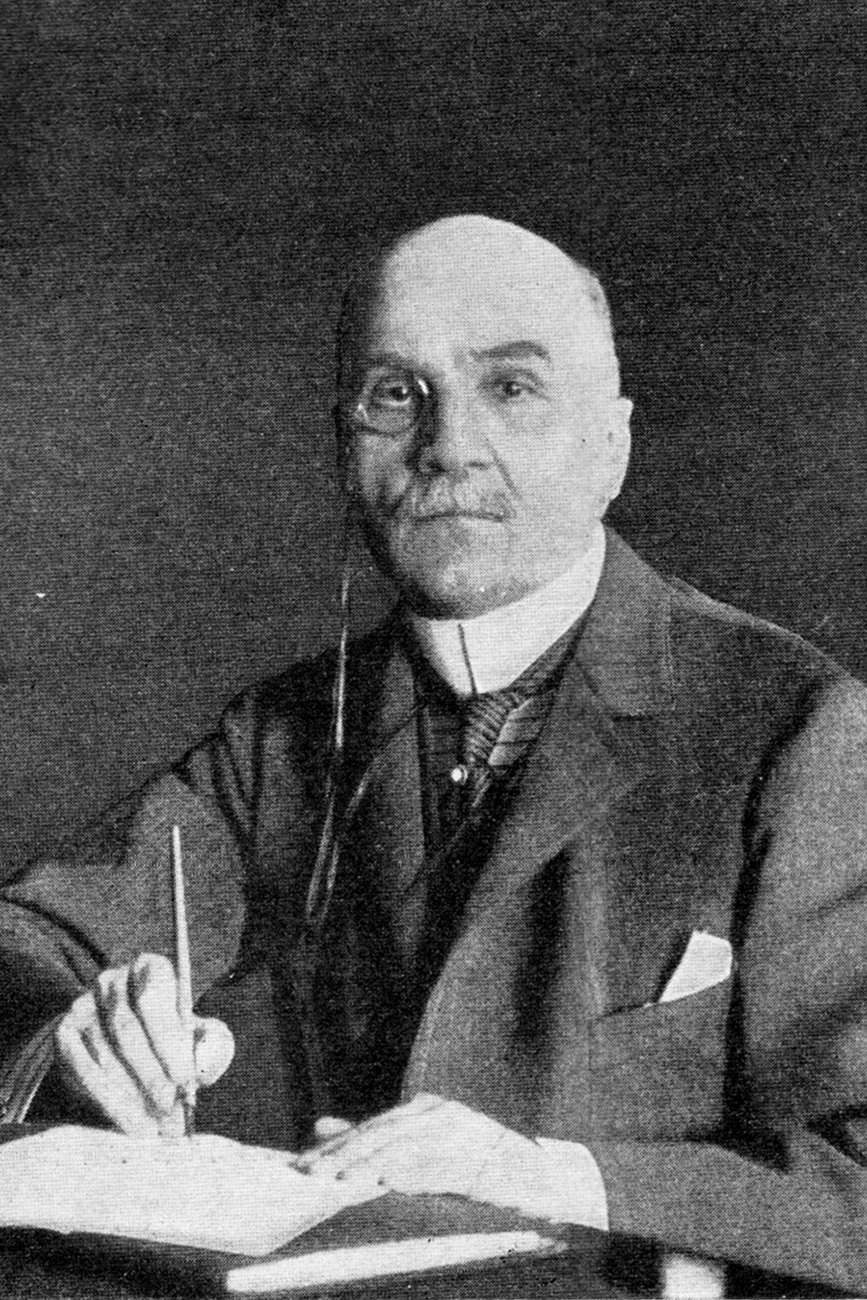 Maurice Paleologue, the French ambassador to Russia from 1914-17. Source: "Chronical of war" magazine, 1914.

"Lenin, utopian dreamer and fanatic, prophet and metaphysician, blind to any idea of the impossible or the absurd, a stranger to all feelings of justice or mercy, violent, Machiavellian and crazy with vanity, places at the service of his messianic visions a strong unemotional will, pitiless logic and amazing powers of persuasion and command... Thus it is a mere waste of time to endeavor to convince him that if the Russian armies are destroyed, Russia will become helpless prey in the claws of the German conqueror who, after gorging himself on her, will abandon her to the convulsions of anarchy. The man is all the more dangerous because he is said to be pure-minded, temperate and ascetic."

In the midst of the revolution

"It was pitch dark when Buchanan and I left the Ministry for Foreign Affairs; not a lamp was lit. Just as my car was emerging from Millionaya Street, opposite the Marble Palace, we were stopped by a military mob. Something was happening in the barracks of the Pavlovsky Regiment. Infuriated soldiers were shouting, yelling and fighting on the square. My car was surrounded. There was a violent demonstration against us. It was in vain that my chauffeur tried to explain that we were the ambassadors of France and England. The doors were opened and our position was on the point of becoming dangerous when a non-commissioned officer, perched on a horse, recognized us and in a voice of thunder proposed a 'cheer for France and England!' We came out of this unpleasant predicament to the accompaniment of a storm of cheering." 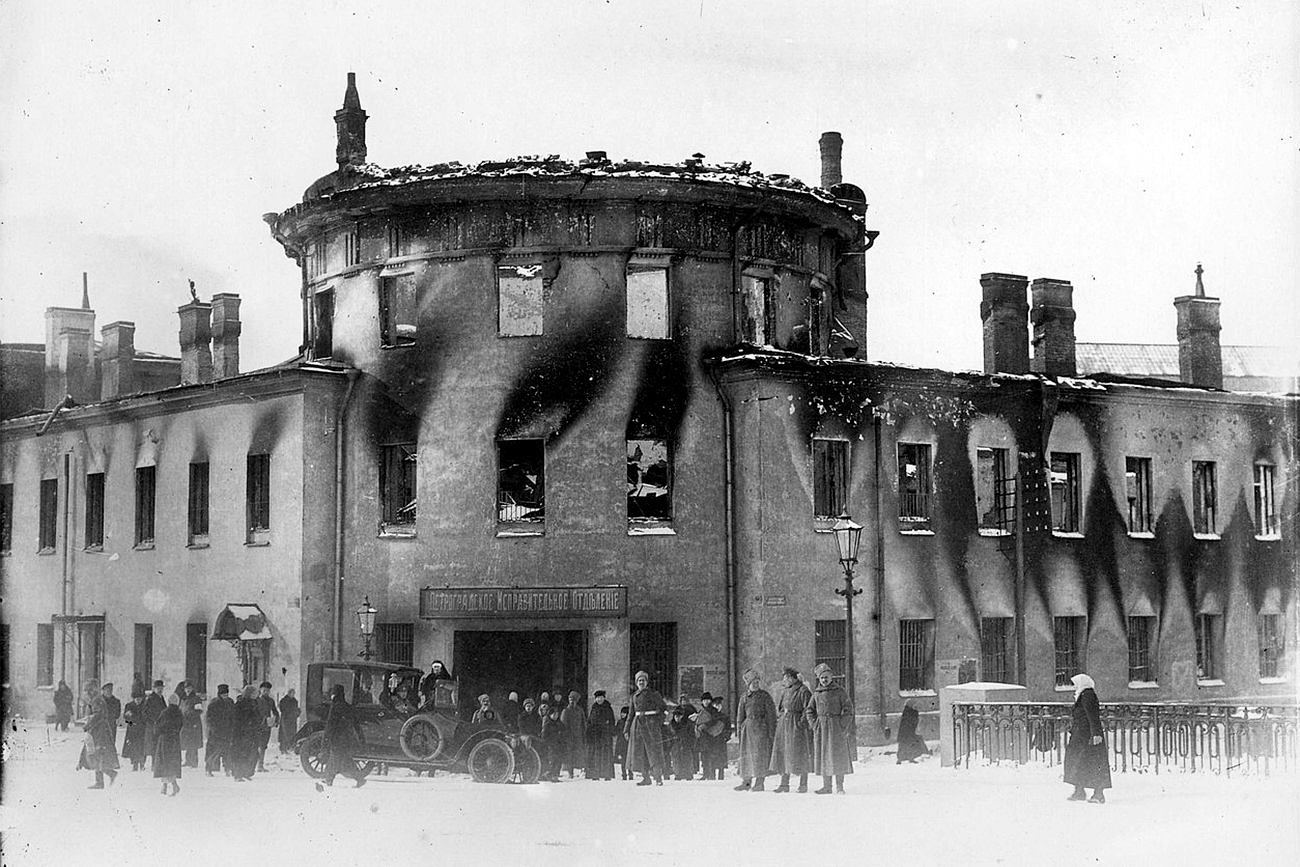 "There was a violent demonstration against us. It was in vain that my chauffeur tried to explain that we were the ambassadors of France and England." Karl Karlovich Bulla

"Opposite the Summer Garden, I was entirely surrounded by the crowd which stopped a passing motor machine-gun and insisted on my getting in and being conveyed to the Tauride Palace. A huge and boisterous student, waving a red flag, bawled in my face in excellent French: 'Pay your respects to the Russian Revolution! The red flag is Russia's flag now; do homage to it in the name of France!'

He translated his words into Russian and they were greeted with frantic cheers. I replied: 'I cannot pay a finer tribute to Russian liberty than to invite you to join me in saying: Long live the war!' He was very careful not to translate my reply."

"There has been much fighting and burning again in Petrograd this morning. The soldiers are hunting down officers and gendarmes - a ruthless and savage chase which betrays all the barbarous instincts still latent in their peasant souls."

From the book Russia from the American Embassy by David Francis, U.S. ambassador to Russia in 1916-17: 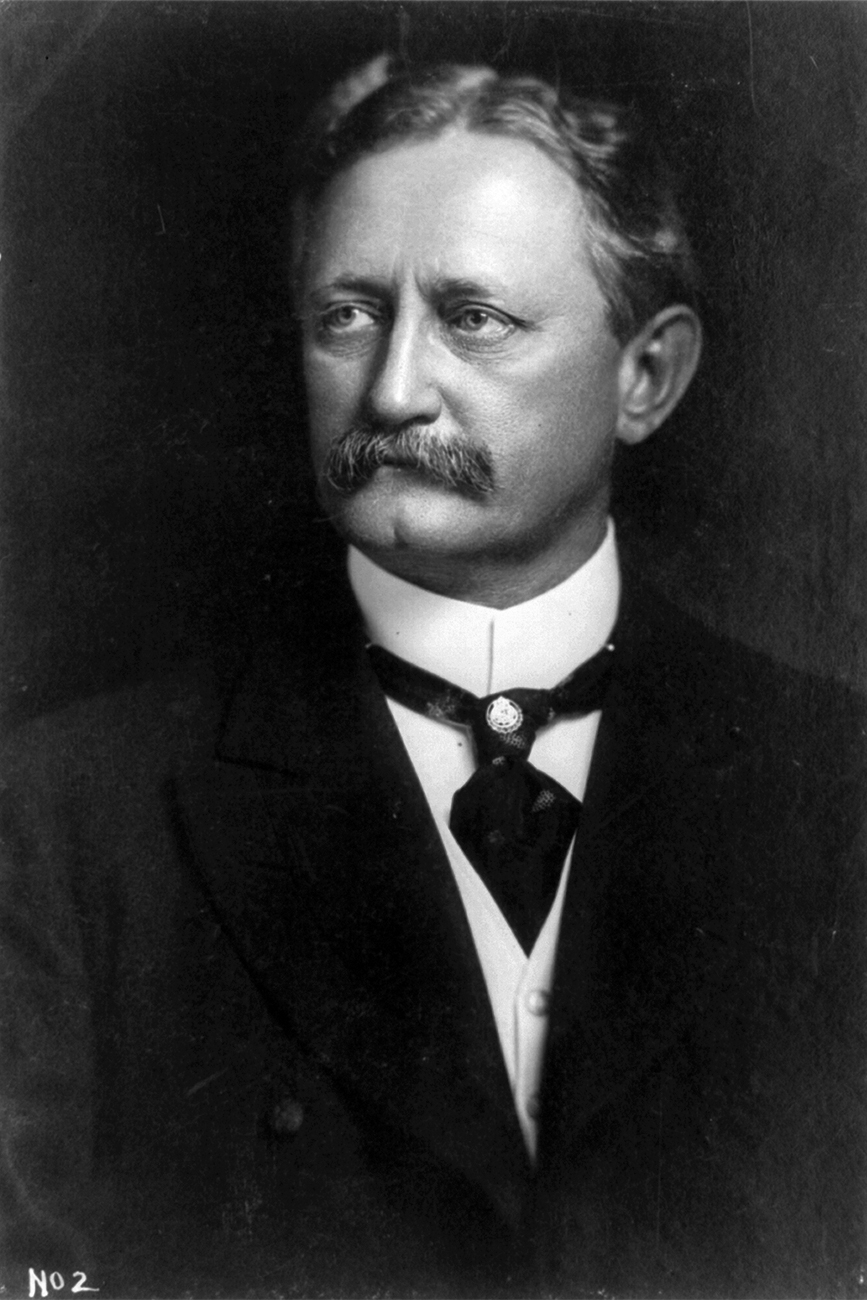 "The Russian soldiers had fought long, had lost enormous numbers, had been betrayed by some of their leaders, and in many cases their families were destitute. Lenin and Trotsky and their numerous agents came among them and promised them peace and land. They longed for peace! To gain possession of the land upon which they worked had been their ambition for generations. Under these conditions, to keep these peasant soldiers fighting and at the same time build up a democratic government in a land that had known only despotism for hundreds of years was a task for a leader with the iron nerve of Cromwell and the far-seeing wisdom of Lincoln. Not such a man was the politician and head of the Provisional Government, Alexander Kerensky."

The peaceful nature of the revolution

"This is undoubtedly a revolution, but it is the best managed revolution that has ever taken place, for its magnitude.The Duma is assuming control and is exercising its authority in Petrograd with rare good judgment. 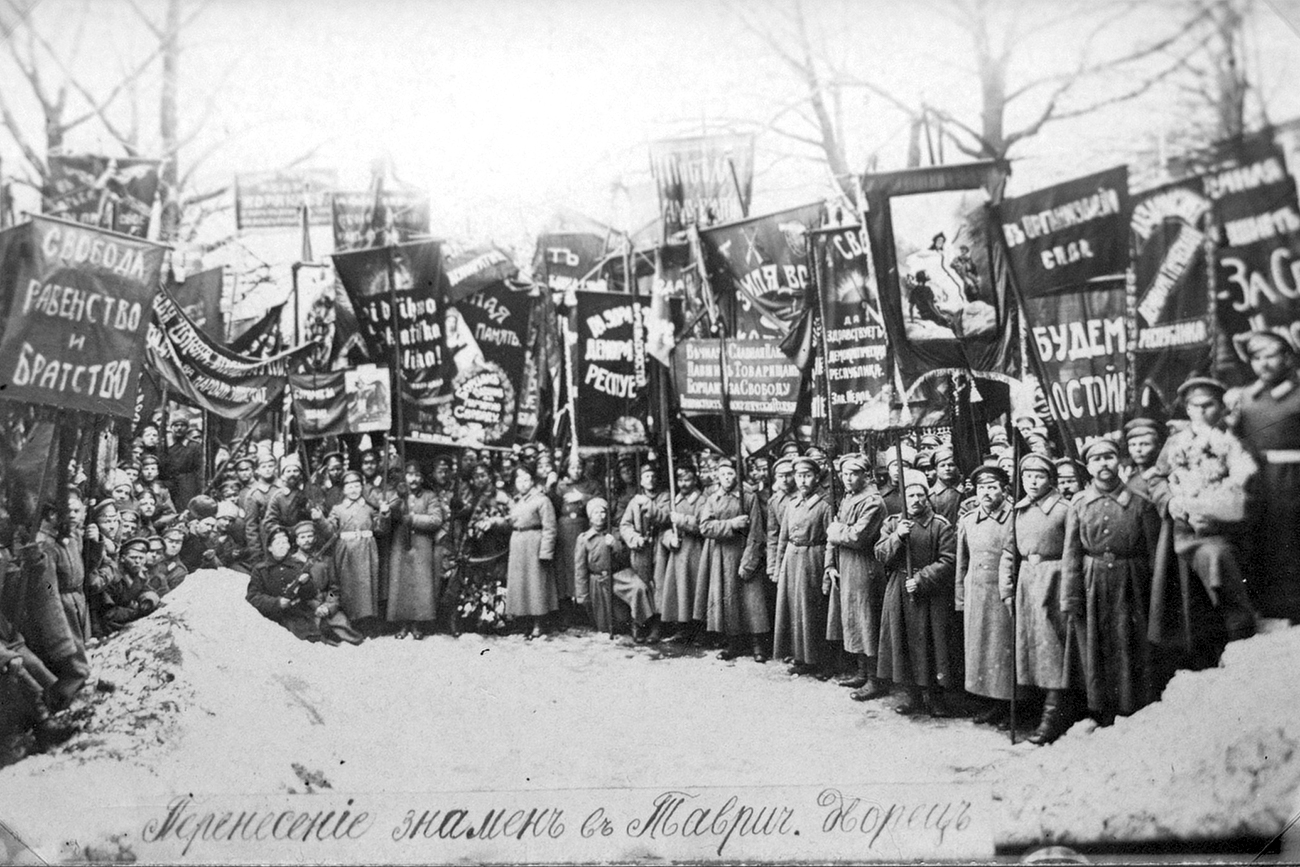 "Much as I detest their terroristic methods and much as I deplore the ruin and misery which they have brought on their country, I readily admit that Lenin and Trotsky are both extraordinary men." Source: State museum of political history of Russia

Upon the whole Russia is to be congratulated in my judgment on the prospect of getting through an important change in government with so little bloodshed and without material interference with the war she is waging with powerful antagonists."

From the book My Mission in Russia and Other Diplomatic Memories by George Buchanan, the British ambassador to Russia from 1910-18: 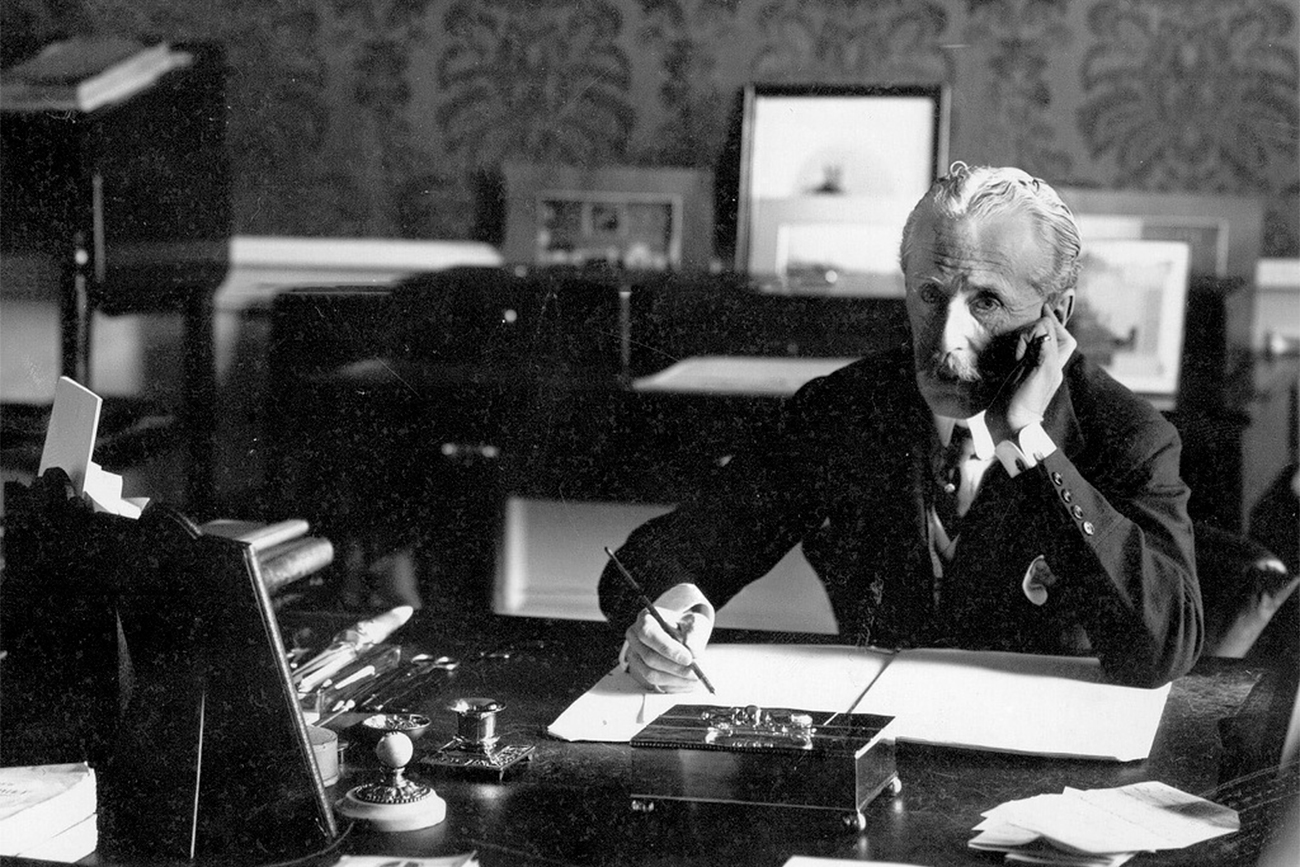 George Buchanan, the British ambassador to Russia from 1910-18. Source: Msk.kprf.ru

"The Bolsheviks, on the other hand, constituted a compact minority of determined men, who knew what they wanted and how to get it… Much as I detest their terroristic methods and much as I deplore the ruin and misery which they have brought on their country, I readily admit that Lenin and Trotsky are both extraordinary men. The Ministers, in whose hands Russia had placed her destinies, had all proved to be weak and incapable, and now by some cruel turn of fate the only two really strong men whom she had produced during the war were destined to consummate her ruin. On their advent to power, however, they were still an unknown quantity, and nobody expected that they would have a long tenure of office."

In anticipation of the revolution

"Revolution was in the air, and the only moot point was whether it would come from above or from below. A Palace revolution was openly spoken of, and at a dinner at the Embassy a Russian friend of mine, who had occupied a high position in the Government, declared that it was a mere question whether both the Emperor and Empress or only the latter would be killed. On the other hand, a popular outbreak, provoked by the prevailing food shortage, might occur at any moment."