'The Putin Interviews' with Oliver Stone: What we learnt from Part 1 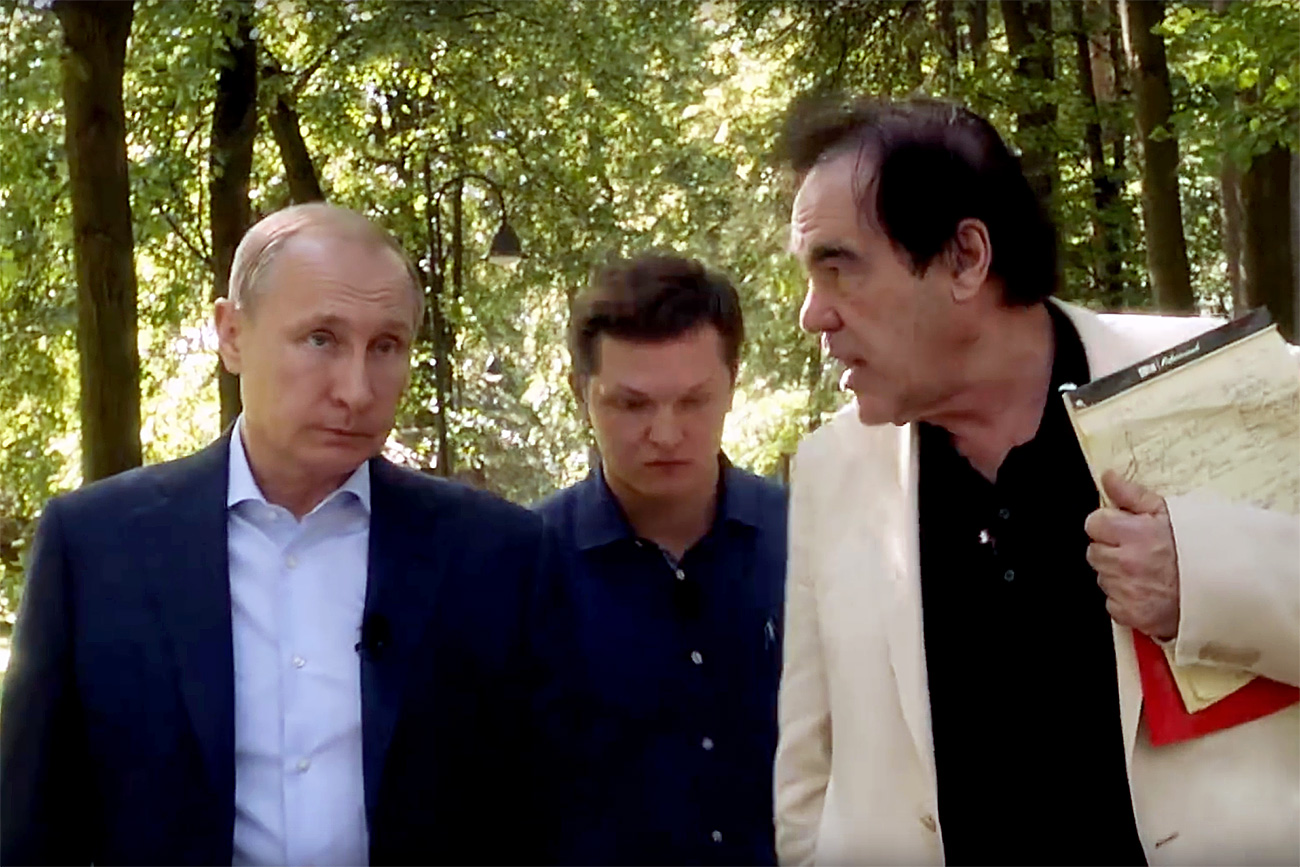 SHOWTIME/YouTube
In part one of a four-part documentary, the Russian president tells the American film director about growing up in the postwar USSR, what he was thinking when he became Boris Yeltsin's successor, and why Russia has difficult relations with the U.S.

"We’ll improvise. No rules about this," Oliver Stone says, chuckling, in the opening shots of the film, The Putin Interviews, right after the credits showing matryoshka dolls and the hammer and sickle. In the film the director - who has made more than 25 documentaries and feature films - talks to President Vladimir Putin about politics and life. The filming spanned more than a year - from December 2015 to February 2017. During this period Stone and Putin discussed many things.

The first part of the four-hour film was released on American television channel Showtime on June 12. RBTH looks at the most interesting parts of the initial interview, and deciphers what the public learnt about the Russian leader.

Judo and the KGB

The film starts with Stone and Putin talking about the latter's youth. The son of a mechanic who fought in the Great Fatherland War, Putin, as he himself admits, wasn't an obedient child and grew up mostly on the streets. The president says going to judo classes greatly influenced him: "This changed my life for the better."

The main thing he learnt from judo, according to the politician, was flexibility and the willingness to sacrifice in order to win. Putin also reveals that from a young age he wanted to work for the State Security Committee (KGB) and that he entered the law faculty of St. Petersburg University precisely with this one goal in mind.

The breakup of the USSR and the harsh 90s

While speaking to Stone, Putin talks at length about his famous remark that the breakup of the USSR was the greatest geopolitical disaster of the 20th century: He admits that the Soviet system didn't work well and that changes were necessary, but says mistakes during the reforms led to terrible consequences. "Russian social security was destroyed, whole branches of the economy stopped, and the healthcare system was in ruins," Putin says. In addition, according to him, overnight 25 million Russians found themselves living abroad and the country was on the brink of civil war.

In 1996, Putin (in the early 90s he was an adviser to the mayor of St. Petersburg) came to Moscow and a few months later was put in charge of the Federal Security Service (FSB). In 1999, Boris Yeltsin - the first president of Russia - appointed him prime minister and his own successor. "I don't know why Yeltsin chose me," Putin claims. He didn't immediately agree to take the post of prime minister but when he eventually decided to accept the offer, he admits he was worried Yeltsin might suddenly change his mind. Putin says he mostly feared for the future of his children following his new position, and worried about where “to hide them” if something went wrong, or if his life was put in danger.

He talks of Yeltsin with respect, saying that the latter was never afraid to take responsibility. Still, when Stone observes that the first Russian president had a problem with alcohol, Putin doesn't deny it, saying: "Well, this was also true."

The mistrust of the U.S. and NATO

During one of U.S. President Bill Clinton's last visits to Russia, Putin, who had just taken office, half-jokingly said that perhaps Russia should join NATO. "Clinton said: 'Why not?' But the whole U.S. delegation got very nervous," the president recalls. He believes that the U.S. imposes its will on NATO and therefore would have never allowed Russia to join the alliance.

Putin reiterates what he has said many times before: Disagreements between Russia and the West, in his opinion, are due to the unwillingness of the U.S. to develop dialogue with Moscow. The Russian leader is convinced that Washington sees itself as the only great global power and that this leads to an imperial mentality and an aggressive foreign policy. "It causes problems and deficiencies," Putin believes.

A good example of the U.S. acting contrary to its own rhetoric, and against Russia, was the war in Chechnya - the Russian president explains. At the time, Putin says certain circles in Washington supported the Chechen separatists - not just politically - but also financially. He says he has evidence proving this, and shared it with President George Bush Jr.